Interview – Jim McCarty of The Yardbirds 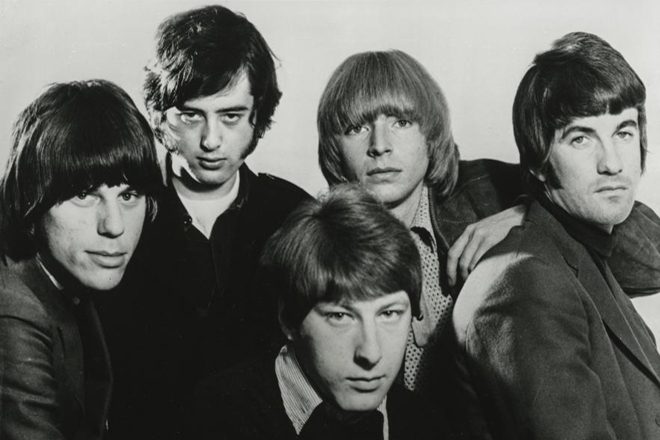 It has been said that the heart of Rock-n-Roll will never die. The names and style may change, but true Rock-n-Roll lives forever. Hailing from the golden age of British Rock, The Yardbirds came of age during the mid ’60s when they paved their legacy with their harder edged brand of Rock. Remembered for a list of hits including 1965’s “For Your Love” and “Heart Full of Soul” as well as 1996’s “Shapes of Things” and “Over Under Sideways Down” to name a few, The Yardbirds are pioneers of Rock-n-Roll. A band with a rich history that includes Eric Clapton, Jimmy Page, and Jeff Beck, The Yardbirds continue on decades later with original Drummer Jim McCarty leading the way with a brand new band of passionate musicians. Recently we sat down with McCarty to talk the history of The Yardbirds, the band’s influences, their current tour, future plans of new music, and more.

CrypticRock.com – The Yardbirds history dates back over five decades with a great deal of success coming in the 1960s. Through all the twists and turns, you have been a focal point behind the drum kit. Briefly tell us, what has this incredible Rock journey been like?

Jim McCarty – (laughs) It has been quite up and down I must say, it has a been a long journey. We broke up between 1968 and 1996. We were inducted into the Rock and Roll Hall of Fame in 1992, I started playing again in a little Blues band again in London, and then Chris Dreja decided to reform the band with different musicians to see how it would go. We had an agent who started to get us gigs and we went from there. We carried on with different lineups for some time, it has been an interesting journey.

CrypticRock.com – One could imagine it has been interesting. The Yardbirds formation came around a really exciting time in the British Rock scene when a lot of wonderful bands were making their mark. In many ways, this era shaped the future of Rock-n-Roll. What do you think made the British Rock movement so unique? 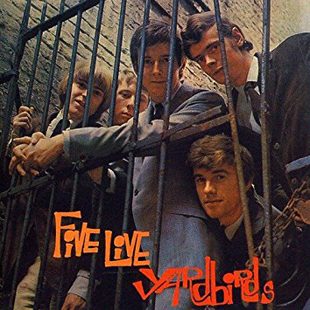 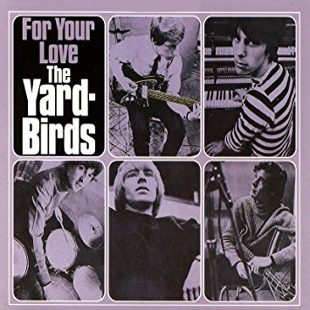 Jim McCarty – It was interesting, a lot of people at the same time were very talented. I don’t know why it particularly came from England. I think the music and all the ideas came from America. We were very influenced by American Blues music, that is how we got going. Then we developed into our own stuff after that. I think a lot of the other bands did the same – The Kinks, The Who, The Rolling Stones. All the early influences came from American R&B, which we used to call it then. Blues music such as Howlin’ Wolf, Chuck Berry, B.B. King, were great.

CrypticRock.com – Absolutely. All those artists you mentioned, which influenced bands such as the Yardbirds among others, were influences that made Rock-n-Roll a little more edgy. People were intrigued by the edginess Rock-n-Roll had with these interjections.

Jim McCarty – Yes, exactly. That is what I thought when I first heard Jimmy Reed live at Carnegie Hall. I think that was one of my first introductions and albums I heard in that genre. Of course before, we had a band in school where we would play Buddy Holly, The Everly Brothers, and Elvis. That was great as well, but found R&B had an extra edge that made it exciting.

CrypticRock.com – Certainly. As stated, you have been a part of The Yardbirds through all the changes. As many know, the band has had some really amazing lineups through the years including time with Eric Clapton, Jimmy Page, and Jeff Beck. All Rock legends, in their tenure, what did they bring to the developing style of the Yardbirds? 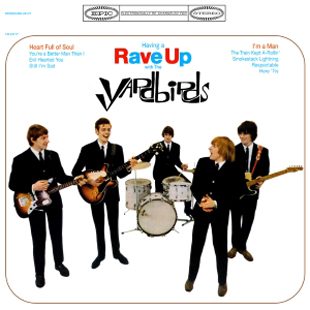 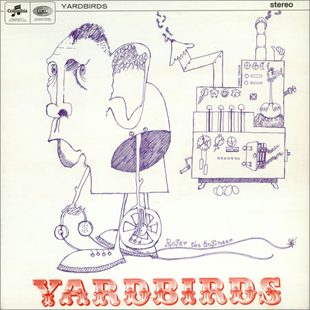 Jim McCarty – They all brought their own influences obviously. I would say when they were playing with the band they were all part of the time, it was not really us and them (laughs). Eric was a really pure Blues player, he was really a very intense, enthusiastic Blues player. Jeff in a way helped create the sound that has lasted for us, the old Yardbirds sort of rave up or whatever you want to call it. Jeff made all these different sounds with different gadgets, all those things were a lot down to Jeff making that sort of music that we were famous for. Then Jimmy came in and carried it on from there into Led Zeppelin, making it a bit heavier, more Heavy Metal music in a way.

CrypticRock.com – It is a very compelling and rich history of the band. As stated, The Yardbirds did return in 1992 and have been very active since. The latest lineup of the band is filled with seasoned musicians. How has it been working with this group of players?

Jim McCarty – I have enjoyed it very much. They are all American now and all very enthusiastic as well as very honorable to the old sound. They have lived that sound, they have The Yardbirds inside of them almost. It is very nice for me to play with them because they do it so well. In fact, it is part of their soul in a way.

CrypticRock.com – It is excellent to see the members of the current band share the energy of the original music. The band has been actively touring, and will return for more shows at the end of May going into June and July. How has this tour been going?

Jim McCarty – We recently did a the Flower Power cruise, which was fun, back in March. We are going to Chattanooga, TN for the Riverbend Festival, we are going to Atlantic City, NJ, where I have never been to. It is quite exciting, there is always a new place to go to.

CrypticRock.com – It is exciting. Judging by more recent tours, the band plays a great selection of songs ranging throughout the entire discography. Could fans expect to hear some surprises as well?

Jim McCarty – There will be a few surprises. It is mainly all stuff from the repertoire. We may mix in a couple from Birdland (2003) album, but most of the stuff from The Yardbirds repertoire, but varied slightly. The repertoire still stands up, it still sounds exciting and still has a message to it today.

CrypticRock.com – The music has stood the test of time for sure. You mentioned the Birdland album. That was over a decade ago now. The album was also the first The Yardbirds album in over 30 years. That sad, is there a possibility of new music in the future?

Jim McCarty – Yes, we are planning to do a new album at the end of the year. At the moment, we are getting the songs together and seeing how it goes. We are making sure we have a good amount of songs to record so we have a good album, otherwise we wouldn’t put it out. There is a chance it will be out next year I imagine, but we will be recording at the end of 2017.

CrypticRock.com – Fantastic. It will also be exciting for fans because it has been a little while since they have heard new music from the band.

Jim McCarty – Yes, and lots of people have asked me in the last few years, “When is the new studio album?” I think that is what everyone would be interested in and we are going to work towards that. 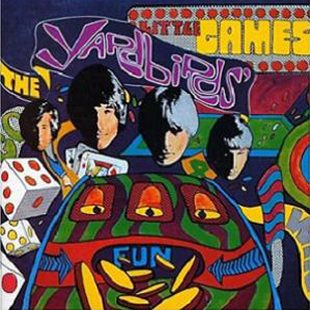 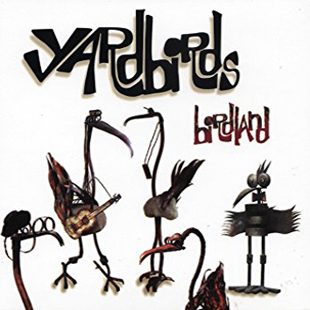 CrypticRock.com – Well it is something to look forward to. As a musician, you have performed with other bands including Renaissance, as well as released music solo. Through it all, what are some of the things you have learned from these experiences?

Jim McCarty – I would have to think about that, but I think there is a certain simplicity that you don’t want to make things complicated. You need to obviously work on things, you have to put the time in to get the good songs out. You have to work on the public relations a lot. You have to get buns in the seats as they say, so PR is an important part of it. I have just had the greatest time performing, writing, and staying in music all my life. I am very lucky and thankful for that. 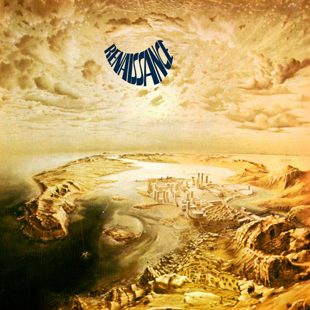 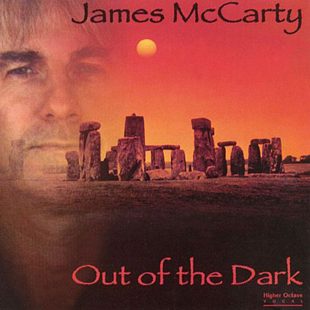 CrypticRock.com – It is a wonderful gift. You have seen a lot change within music, particularly the way we consume music. It seems now, in 2017, physical format is no longer really an option much. What are your thoughts on all these changes?

Jim McCarty – It is a bit strange. It must be very typical for a new band now because you don’t make very much on a record. I am glad to see vinyl coming back. Vinyl was always great and it always had a lovely quality to hear musically and it seems to be making a comeback. There is something nice about having a record. You can look at the sleeve, the artwork, the whole thing is an artform on its own. It is a shame you can’t really make money with music apart from playing live now. I suppose that is part of the motivations as well. It was all about playing live in the ’60s, and now it is the same. That is the way it is.

CrypticRock.com – You are right, it appears playing live is the only way to earn a living as a musician. It is really strange because it appears as if, in our culture, it is almost taboo to say a musicians should earn a living. A musician should be compensated for their work. It is just odd how our culture has turned to look at art as something which should come for free, when that is simply not very accurate at all.

Jim McCarty – Yes, it is quite funny. Noel Gallagher of Oasis said he pays more for a cup of coffee than people pay for one of his songs. It is crazy (laughs).

CrypticRock.com – It absolutely is. My last question for you is pertaining to movies. CrypticRock.com covers music and Horror/Sci-Fi films. If you are a fan of these genres, what are some of your favorite films?

Jim McCarty – I always thought 2001: A Space Odyssey (1968) was great. Keith Relf and I were on tour back in 1968. We were flying back from New York to Los Angeles, we were hanging out in New York not knowing what to do, so we thought let’s go and watch this film called 2001: A Space Odyssey. We didn’t know what it was about, and our minds were blown! We had to go get a flight after that and we were completely out of our heads (laughs). I have seen it quite a few times. There are a couple of John Carpenter films such as The Thing (1982). I also enjoyed a film called Silent Running (1972). I enjoy those old Sci-Fi things. 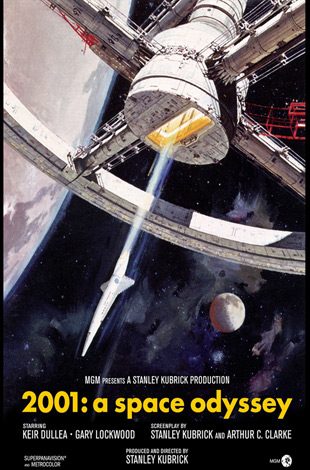 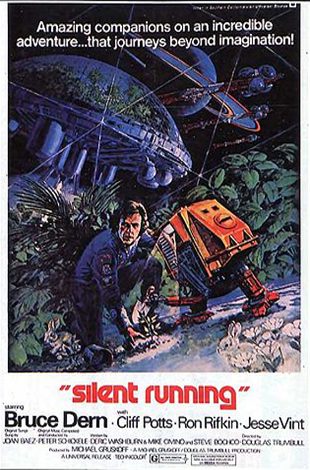 CrypticRock.com – Yes, those are some great films. Kubrick’s 2001: A Space Odyssey really sticks with you.