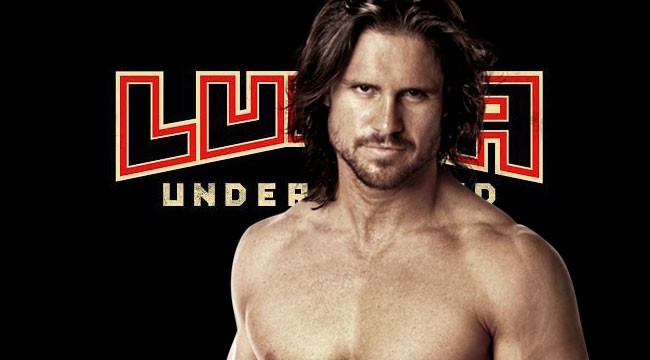 Best known for his tenure with the WWE, and beloved ring names such as John Morrison, and Johnny Nitro, the world of Lucha Underground now beholds the corkscrew moonsault delivery of pro-wrestling star Johnny Mundo. With many long-running records during his days with the WWE and tag team championship, Johnny shares that his passions are varied and diversified. Wrestler, writer, actor and a serious proponent of correct exercise for the body are all a part of his daily regime. As the ever-changing challenges and drama continue, it was just this past month in February 2016 that Johnny Mundo faced his opponent, Kill Shot, and won. When the match had come to an end, Johnny Mundo razzed Lucha Underground Champion Mil Muertes, which led to a confrontation by Cage. On the Lucha Underground February 17th episode, after a match with Joey Ryan, Mundo attacked Cage from behind… what will happen next? The only way to find out is to connect with The El Rey Network. With that said, this season brings all new intense episodes, and Lucha Underground is the smack-down for wrestling fans underground entertainment. Recently we caught up with Mundo to talk his passion for wrestling, desire to be Lucha Underground champion, movies, and more.

Johnny Mundo – Hmmm, let’s see. Traveling around the world and be dazzling in wrestling tights. To be called cool things like, “The Shaman of Sexy,” “The Guru of Greatness” and also a lot of other nicknames which aren’t so nice. Actually, it has been really cool. I feel like it’s been like the stuff I dreamed of doing when I was a kid, you know, wrestling with my buddies in the front yard. To be able to do this, my dream, what I love for a career… man, I feel blessed. I couldn’t be happier with how things have been going for me.

CrypticRock.com – It has to be very exciting. Did you actually wrestle when you were growing up in school?

Johnny Mundo – Yes, I mean aside from wrestling with my buddies in elementary school (laughed). I actually did though, wrestle all four years in high school; I was the team captain. Then I wrestled for a year at UC Davis. 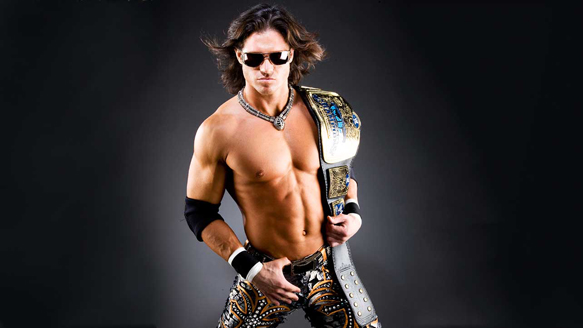 CrypticRock.com – It sounds like wrestling really has been a huge part of your whole life. It was more than just watching it, like many of us do on television.

Johnny Mundo – You’re right. I mean, I went out for it in high school because I used to like watching pro wrestling on TV so much.

CrypticRock.com – Very cool. Out of curiosity, who were some of your wrestling heroes back then?

Johnny Mundo – When I was a little, little kid… before I knew better (laughed), my heroes were Hulk Hogan and Macho Man. I remember when I was a little kid, I wanted to either be Hulk Hogan or Superman when I grew up. Then I realized Superman is fake! (laughed) So, then I wanted to be Hulk Hogan… except with more hair. As I got older, I became a big fan of Shawn Michaels, The Bushwhackers, Rick Rude, Roddy Piper, all those guys who were ‘larger than life’ when I was a kid. 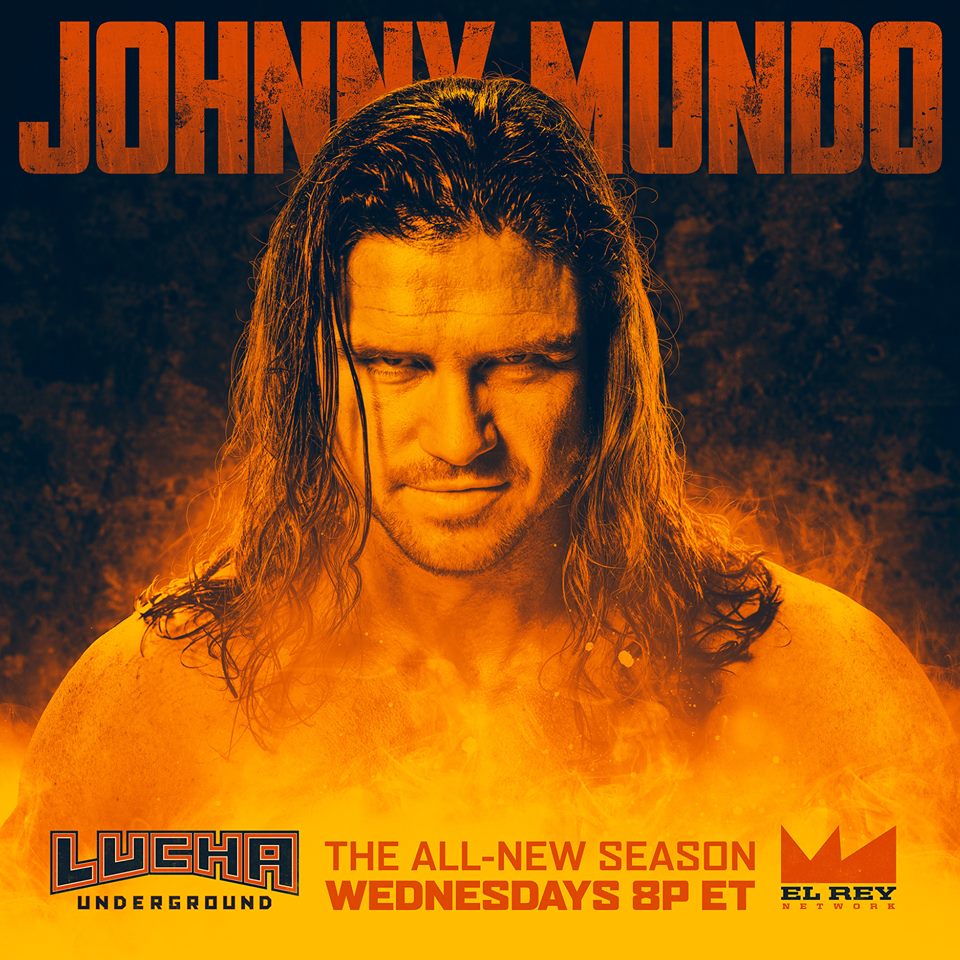 CrypticRock.com – Those are some classics right there. Would you agree that, in many ways, the whole pro-wrestling characters really do come across as Comic Book heroes? Both are larger than life.

Johnny Mundo – I think that is so cool you brought up the DC and Marvel Comic world with the pro wrestling. I feel like Lucha Underground’s world is more of a Comic Book world than any other type of wrestling promotion out there. When I was first approached about Lucha Underground by Chris deJoseph, who is a writer at WWE who I had worked with for years, he told me the writing staff was going to himself, Chris Roach, and Matthew Stollman, all of who I knew. I’ve had a long relationship with all of them. When we met, they told me the plan for Lucha and all who was going to be involved; Mark Burnett, Robert Rodriguez, and they talked about how they were going to create it and make it different. And everything they kept saying, I was like, “Yes, yes, yes!”

CrypticRock.com – You clearly have your sights set on the Lucha Underground Championship. How good do you think your chances are and who do you think is your toughest opponent?

Johnny Mundo – Honestly, in the world of wrestling, your toughest opponent ultimately is yourself. As far as anyone else on the roster, I don’t think there isn’t anybody I can’t beat. In Lucha Underground, in wrestling really, everything is so unpredictable. There are things you can’t control, outside forces that can’t be overcome. I believe I am going to become champion…eventually for sure. 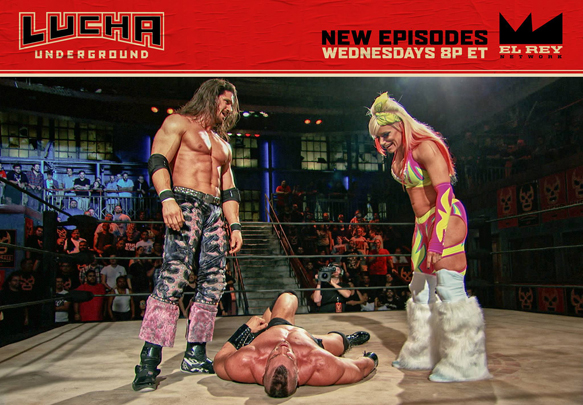 CrypticRock.com – Those outside forces certainly segues into this next question. When you are involved in these matches, you clearly are taking some hard hits. How do you prevent any serious injuries?

Johnny Mundo – It’s impossible to prevent injury. I think you just have to realize that at some point you are going to get injured. The best thing you can do is minimize your risk. There is a fitness program I do called “Out Of Your Mind Fitness.”

CrypticRock.com – That is interesting. What does your  exercise program consist of?

Johnny Mundo – www.outofyourmindfitness.com, it is a complete functional training regiment. In my mind, it is the most functional way. The idea behind it is that you’re training your body to do what it is meant to do and that is to move. To run, jump, push, pull, and twist, and when you train your body in that method, you’re training your body in injury prevention in addition to hypertrophy and strength training. I feel like that, in addition to soft tissue management – stretching, warming up appropriately- as well as ultimately knowing yourself and what you are capable of or not capable of.

For example, I can hit a springboard off the top rope to the outside of the ring onto the mat maybe 99% of the time, but if there was no mat and I had to land on my feet… maybe I could do that 50% of the time, which is not enough to do in a live circumstance. If I could get that percentage up, maybe it would be something I would do, but right now, that isn’t something I am willing to risk.

CrypticRock.com – Understood. Now this workout program, “Out Of Your Mind Fitness,” is something designed for both males and females?

Johnny Mundo – Yes, absolutely. It’s designed for anybody. You can do a body weight squat and just hold yourself up in a plank. You can start at level one and progress all the way up to level five. 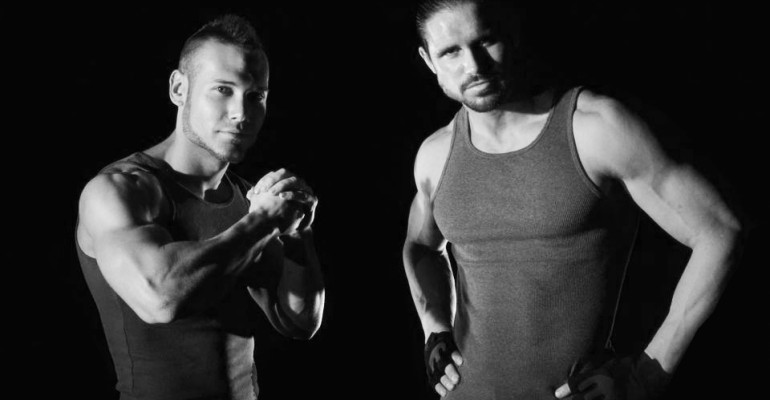 CrypticRock.com – Well that is something for people to look into. Everyone is always looking for a new routine to stay in shape. You have also starred in a series of films. Would you like to do more acting, and, if so, what genre would you really love to dive into?

Johnny Mundo – Yes, specifically Action and Comedy is what I have been drawn to the most. The hit movies are the movies I watched over and over again as a kid and they made me happy. Movies like Rumble in the Bronx (1995), Die Hard (1988), Lethal Weapon (1987), and even Police Academy (1984). You know it’s silly, that type of stuff. When I have free time, I like to write that kind of material. At some point, I would like to get more involved in that industry.

CrypticRock.com – My last question for you is pertaining to movies actually. CrypticRock.com covers music as well as movies, particularly Horror and Sci-Fi films. If you are a fan of these genres, what are some of your favorites?

Johnny Mundo – Hmmm… I would have to say Blade Runner (1982). It is such a classic, but a standout in my book. 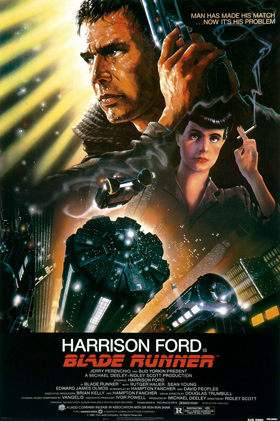 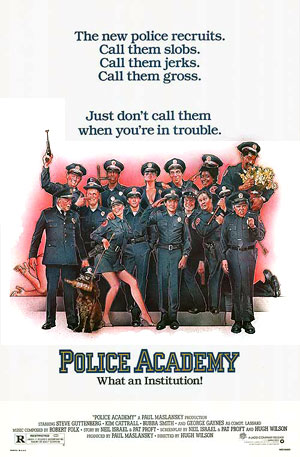