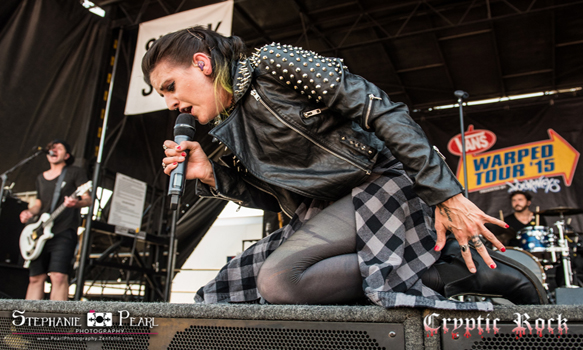 The ability to follow one’s dreams is not something everyone is fortunate enough to do. It takes a level of confidence, support, and of course talent to make a Rock-n-Roll fantasy a reality. That being said, American Singer-Songwriter Juliet Simms has been following her dreams since being a young girl. Originally a part of the Automatic Loveletter, Simms has continued to grow as a person and performer through years of hard work. Making some noise, now performing as a solo artist, Simms was one of the most talked about acts on Vans Warped Tour in 2015, and now in 2016, she returns with the raw Rock EP From The Grave. Happy to be writing, recording, and performing, Simms is only scratching the surface of potential for Rock-stardom. Recently we caught up with the busy Simms to talk her journey in music, life experiences, a possible collaboration with husband Andy Biersack, her love for Horror movies, and more.

CrypticRock.com – You have been writing music since you were a teenager, and you have been involved in music professionally for over a decade. First tell us, what inspired you to pursue a career in music?

Juliet Simms – It’s the first thing I can remember being drawn to, and the only thing I ever told my parents I wanted to be. You know how children express to their parents what they want to be when they grow up? “I wanna be a firefighter, a vet, etc…” Mine was always a singer. Music is what inspired me to pursue a career in music.

CrypticRock.com – Excellent, that is wonderful to hear you have had this passion since you were a child. Look where it has lead you. As mentioned, you have been involved in music professionally for over a decade now. A great deal of your career was spent a part of the band Automatic Loveletter. Do you have fond memories of your time with the band, and do you feel it helped you mature as an artist?

Juliet Simms – Of course! I have hundreds of fond memories with my band. Touring seemed to be filled with comedy and bonding, some hard times, but for the most part, we had fun. It certainly helped me mature as an artist. When you do something every single day for years and years, you’re likely to become better at it. At least that is what you hope for. 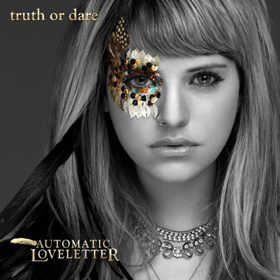 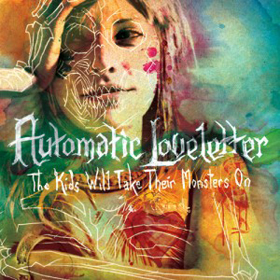 CrypticRock.com – Absolutely, there is no substitute for real life experience. Songwriting is a very personal experience, it cannot be forced, it has to just flow. That being said, everyone has different rituals/techniques when writing. What are some of yours when you sit down to write a song?

Juliet Simms – I don’t have a set system of writing a song. Sometimes I’ll write lyrics first, sometimes I have a melody that starts it. Or just messing around on the piano or guitar can spark something. Like you said, it can’t be forced and its just got to flow.

CrypticRock.com – Exactly, it is always interesting to see how each artist approaches writing. You had also appeared on The Voice back in 2012, making it all the way to the finals. What was this experience like for you?

Juliet Simms – It was a great experience on the show. After is another story. Doing the show was something I had never done before. It was new, exciting, and something I learned a lot from. Although doing the show does not define me, it is however something that is a part of me now and has certainly given me new fans and listeners, which is the biggest gift the show could give me (smiles).

CrypticRock.com – It seems everything is a learning experience in life. With that said, we are led to present day where you are actively involved in a solo career. You currently released a new EP, entitled From the Grave. What can you tell us about this new collection of songs? 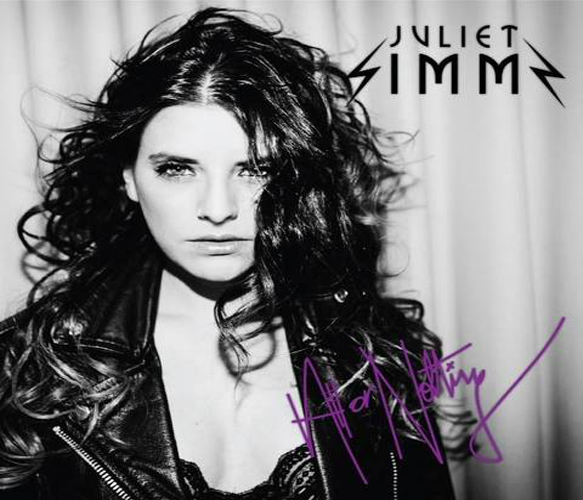 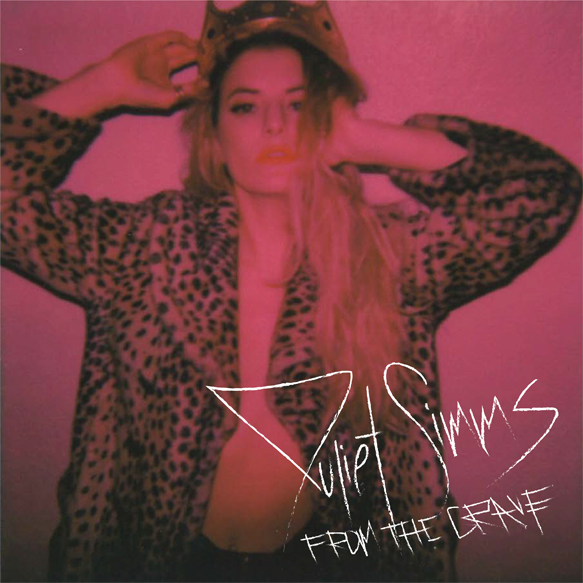 CrypticRock.com – Well the end result works very well. Both your EPs have a very Classic Rock vibe with emotional voices. It does appear From The Grave is a little less of a polished recording, meaning the vocals are much more raw. Is that a fair assessment?

Juliet Simms – Nailed it (smiles). The vocals are extremely raw, most songs are sang just once through with no real over-dubbing and zero vocal correction.

CrypticRock.com – That is really great to hear, considering how over-produced music is now a days. It is not to say production is frowned upon, but the approach you took on From The Grave is rather refreshing. Amidst your music career, you were recently married to Andy Biersack, and congratulations to both of you. Being that you are both musicians, has there been any discussions of a full-length collaboration between you?

Juliet Simms – First, thank you! We’ve always talked about doing something. For now, we daydream, but who knows what the future will bring (smiles).

CrypticRock.com – Well that will certainly be something to look forward to in the future. In 2015, you were featured on Vans Warped Tour, and you continue to tour into 2016. Are there any future plans for more extensive touring?

Juliet Simms – There are future aspirations of extensive touring, certainly. That is my hope. I would love to release a full LP first, however, and take it from there! 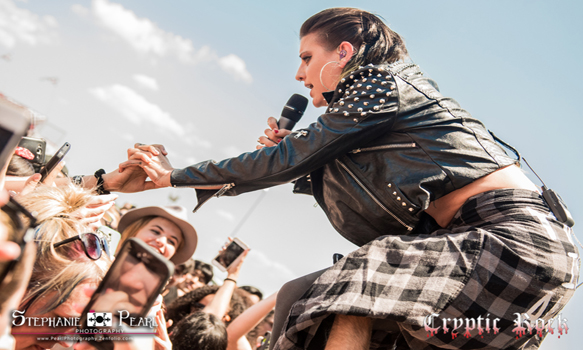 CrypticRock.com – A full-length record would be fantastic. It would give listeners the ability to see all facets of your music. Being a music lover yourself, one can image you have your own influences. What are some of your musical influences?

CrypticRock.com – Wow, that is a great mix of some of the best Rock artists in history. It is difficult to argue with that list (laughs). A live concert is really a special experience. Do you have a fond memory of a concert you attended growing up that has remained with you? If so, what concert?

Juliet Simms – When my brother and I went to see The Pixies and Mars Volta. We were right in front, dead center of the barricade, and it was amazing! At one point, Cedric stood on the railing of the barricade using our heads to balance himself. We both freaked out (laughs).

CrypticRock.com – (laughs) Very cool. Both are rather unique bands, and that is something you will never forget. My last question for you is pertaining to movies. CrypticRock.com covers music and Horror/Sci-Fi films. If you are a fan of the genres, what are some of your all-time favorites? 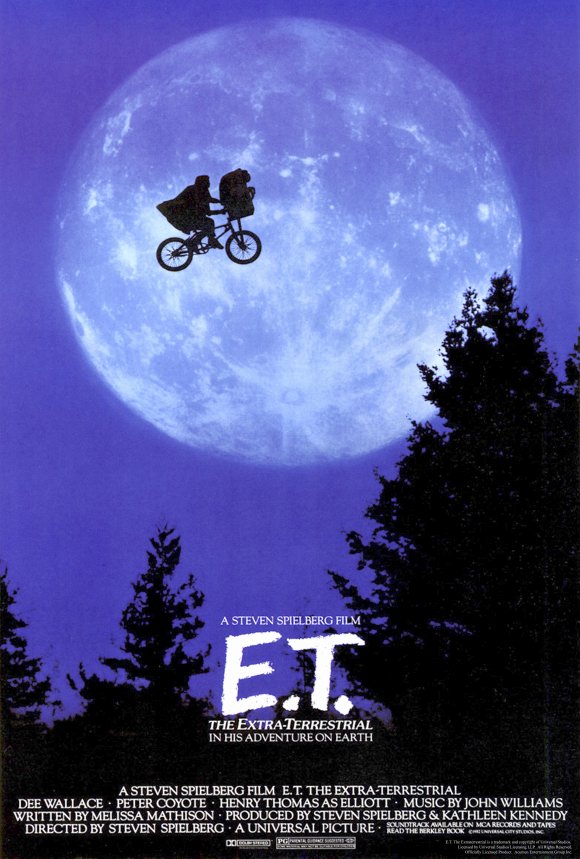 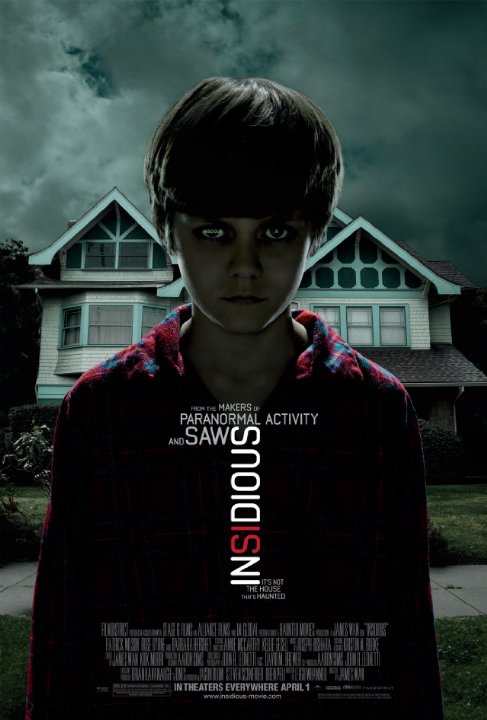