Developing a passion for entertainment at a young age, native New Yorker Keith David has gone on to attain quite an impressive acting career. Starring in over 150 films over the past 35 plus years, David has earned recognition for his work in various genres ranging from his roles in 1982’s The Thing to 1986’s Platoon, to 2004’s Crash, to his various voiceover works and beyond. Also an accomplished stage actor, David earned a Tony Award nomination for his performance on Broadway in Jelly’s Last Jam, and to this day, still has a burning passion for acting. Recently we caught up with the busy performer to talk his career as an actor, his role in the new Horror film Union Furnace, due out on Blu-ray/DVD August 15th, his love for music, and much more.

CrypticRock.com – You have been involved in entertainment professionally for nearly four decades now. First briefly tell us, what inspired you to pursue a career as an actor?

Keith David – I was compelled, it was just something I needed to do, I had to do. I believed it was something I was ordained to do.

CrypticRock.com – Sometimes you have that calling and you seemed to found your’s early on. You have had a diverse mix of roles ranging from 1982’s The Thing to 1986’s Platoon to comedies as well. Do you enjoy having the diversity to work in a variety of genres?

CrypticRock.com – It is good to have that diversity and be able to challenge yourself.

Keith David – Yes, and I have been fortunate enough to be able to do that. 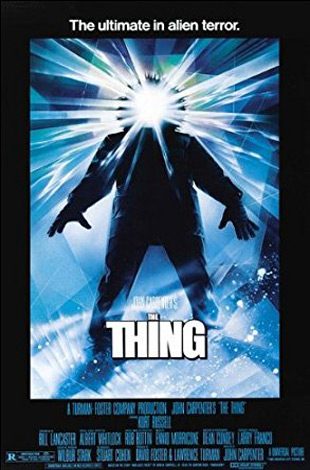 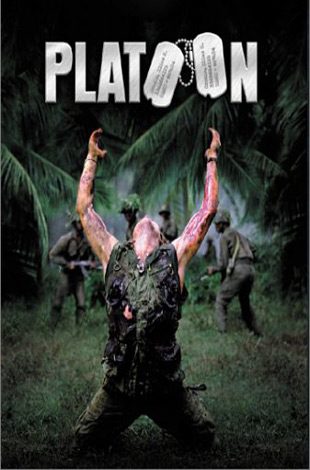 CrypticRock.com – Speaking of diverse roles, one of your latest comes in Union Furnace. This is quite a unique film, how did you become involved in this one?

Keith David – Nicholas Bushman gave me a call and asked me if I would be interested in it. I thought it was very reminiscent of They Live (1988). They Live was one of my favorite movies. The timing of this film just seemed to be right, so I decided to do it.

CrypticRock.com – One of the strongest elements of the film is the atmosphere it creates. At times grim, the dialogue is very pronounced in many scenes because of the said atmosphere. How did you approach your character?

Keith David – Well you have to make up a little backstory of how he got there. It feels to me it was one of those 3 AM decisions which sounds like a good idea at the time, but winds up not being as good as it sounded. Someone offers you something and you don’t play it through, you don’t think about the end game and you wind up being in circumstances you wish you hadn’t got involved in. I think we have all been there at some point in our lives.

This was a great cautionary tale about what happens when someone makes you an offer that seems you are not able to refuse. You don’t think about it, but at the end of the day, if it seems too good to be true, it probably is. 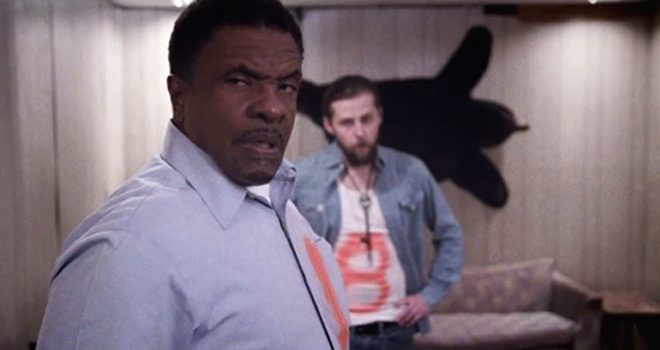 CrypticRock.com – That is something very true to real life. Another aspect of Union Furnace which works well is the imagery, it is very surreal in many ways. What were your thoughts on the atmosphere it creates?

Keith David – Like you said it certainly creates a world. In a sense, it is very kind of Film Noir-ish where all the characters wind up spiraling deeper and deeper into darkness as they realize they didn’t bargain for this. It is not what they signed up for, but “oh my god” here and I am and what do I do? I think my character is the first one that really says, “Look, I don’t want to be involved with this anymore.” Of course there are consequences.

CrypticRock.com – There are always consequences to our actions right? The film was initially received a limited release back in 2015 but now received a DVD/Blu-ray release on August 15th of 2017. How exciting is it for you to see it receive this proper release?

Keith David – It is always a good feeling. I am glad it is getting out there and I am happy for Nick. He is a very good, strong, and upcoming filmmaker. I look to see bigger and better things from him. 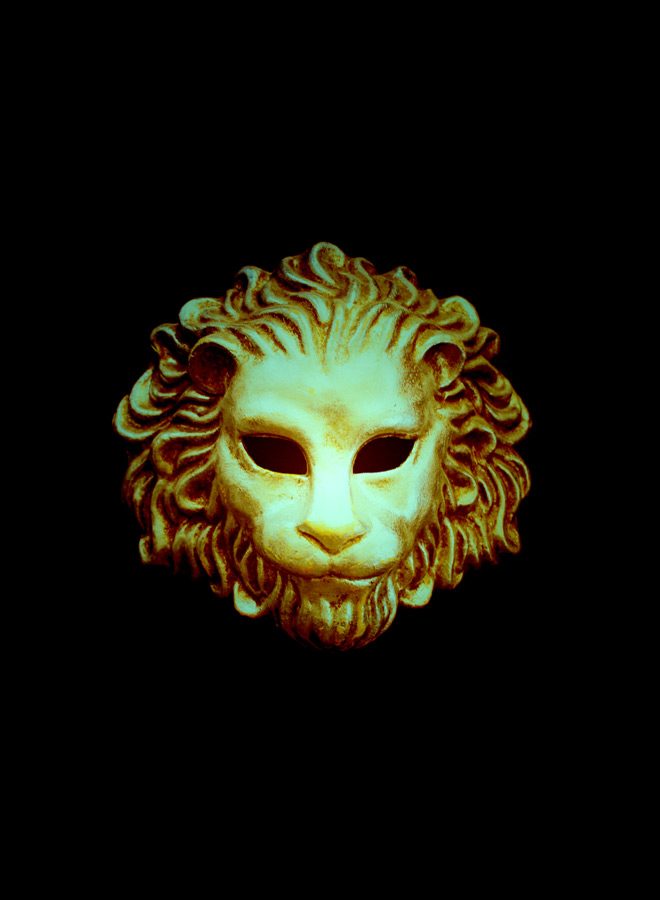 CrypticRock.com – It will be exciting to see what becomes of the release. You also work with a very good young cast here of up and coming talent. What was it like working with them?

Keith David – It was fun! Everyone was professional, everyone came and brought their A game. It was just very fun and it was like being involved in a new theater company  – you get an idea, you start executing, you trust the the director, and I think the end result is a very good film.

CrypticRock.com – Yes it is. Well it will be very compelling to see viewers reaction to Union Furnace. Beyond acting, you are also a singer and a comedian. Was your talent for music and comedy something you discovered along the road to becoming an actor?

Keith David – I was a singer before I was an actor. I started getting back to that and these days I do it as much as possible. I am about to embark on some concerts and I look very forward to seeing that come to fruition. It has been a lot of hard work and fun work to get a chance to pay homage to one of my great musical heroes Nat King Cole. 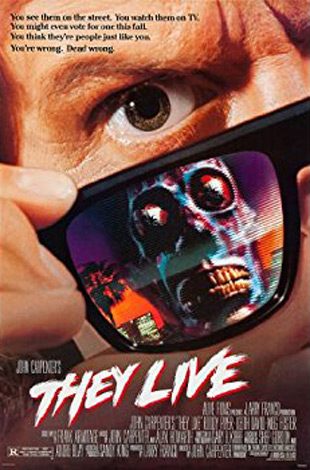 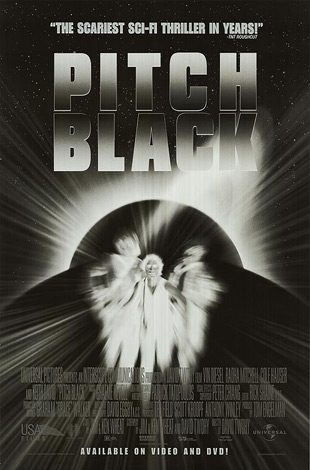 CrypticRock.com – That will be great to see you become more involved with that in the coming years. You have done a lot of television, film, and even voiceovers. What are some upcoming projects you have?

Keith David – I have Green Leaf which I have been doing for 2 seasons. Part 2 of season 2 is coming to be coming out the 15th of August as well. I am anxious to see what the fans think. I think they will be in for wonderful surprises.

Keith David – I love the Alien movies. I still go back to things like Dracula (1931), those old dark, noir movies. It just excited me to see how in those days it was still quite believable. You know there are heightened circumstances, but you feel like this could happen to anyone. If in fact vampires do exist, this is probably what it would look like. 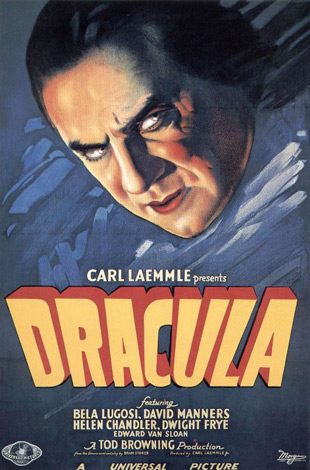 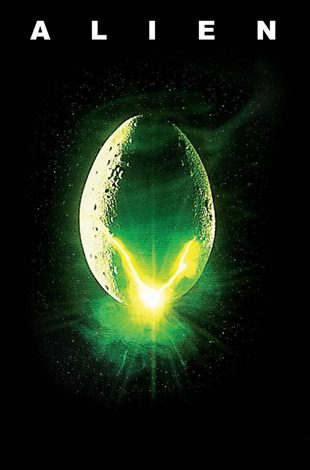 CrypticRock.com – Obviously Dracula is a classic. Those older films are very beautifully shot as well.