Over the last 2 decades a interesting mix of bands have emerged from the Scandinavian region. From those such as Finland’s HIM to Sweden’s Deathstars, each bring a unique approach to music with a twist of Rock, Metal, Goth, Electronic, and Pop influence. Now leading the new guard of Rock bands from these corners of the earth comes Stockholm, Sweden’s Kerbera.

Offering their own take on Alternative Rock that is both catchy, heavy, melodic, and darkly romantic at the same time, Kerbera are looking to make a big impact on the international scene. Releasing their debut album People Like You in 2016, they recently made a special visit to North America this past fall, but are plotting for some big things in 2019, including new music. Recently we caught up with the band to chat about their style, plans for new music in 2019, hopes to tour the USA in the future, plus much more.

Cryptic Rock – Kerbera came together around 5-6 years ago. In that time, the band has released a good deal of music and built a buzz along the way. First, tell us, what was your initial vision for the sound of the band?

Seike Clowniac – I’ve always aimed to create music that somehow creates emotions. I never really aimed for a specific sound. I believe the band will create and evolve the sound together depending on members and that’s what happened. I don’t like to limit myself in any way, and as soon as I put up too much boundaries regarding things, I lose a lot of my creativity.

Cryptic Rock – It is good not to limit yourself. When listening to Kerbera, you can hear a lot of different influences ranging from Pop, Rock, Punk, to Metal. That said, there is certainly a unique sound that comes from the Scandinavian Rock scene. You can hear HIM, To/Die/For, For My Pain, and Lovex, among other bands from the European region, in your sound. Out of curiosity, what are some bands that have inspired Kerbera?

Seike Clowniac – Personally, I don’t have a certain band that inspires me. It’s more specific songs here and there in a wide range of genres. A good song is a good song regardless of genre, but I guess we are all unconsciously inspired by what we have around us, so you might be right!

Matt Tryman – That’s one of many reasons why I enjoy playing in Kerbera. Kerbera has no limits when it comes to genres. As Seike said, “If it’s a good song, it’s a good song regardless.” As a musician I take a lot of inspiration from everything between Classical music, such as J.S Bach, and Metal bands, such as Dream Theater.

Zave Demonte – Like Dave said, I can’t speak for anyone else, but what we as members are individually inspired by definitely influence the end product. I’m foundationally very influenced by Avenged Sevenfold, Muse,The Beatles and Jeff Buckley, and as of later years I’ve listened a lot to Periphery. We do however draw a lot of inspiration from other genres such as jazz and from various composers, like Matt said, both the classics like Bach or Rachmaninov but also all the newer ones. We all love soundtracks made by John Williams, Danny Elfman, Hans Zimmer, Michael Giacchino etc.

Cryptic Rock – It is cool to hear how you all universally put the quality of the music before anything else. The band released their first full-length record, People Like You, back in 2016. A really fantastic debut, the album is beautifully melodic and extremely catchy. What was the writing and recording process like for your first full-length?

Seike Clowniac – It was great! A bit stressful since we had deadlines to keep, but I actually work better that way! In general, I think the album came together well and all songs are different from the other but still have the same vibe. The members had went through a lot,  and the album was in many ways a healing process to package our past and leave it in the music we made.

I specifically remember the great sessions we had while puzzling together the lyrics and melodies. Also some melodies were written while recording! The album as a whole says a lot about me and the other members during that time. It was a very personal and honest thing, creating it. I’m glad you use the words melodic and catchy! That’s what I always aim for!

Zave Demonte – It was a special period definitely. I have a funny story. When I asked our local Schecter Guitars dealer for some downtuned 6-string guitars to make our record on, they asked: ‘why not try a regular 7-string’, and I did. I recorded the whole album on it, got hooked and that is why I’m now playing 7-stringed guitars.

One thing I really liked about our recording session was when everything except for the backing vocals was recorded. Seike and Freddy (our original bass player) were tired after a week of recording and more or less gave me artistic freedom on all backing vocals and went home. Seike had a few ideas we recorded, but the rest was just me and the producer bouncing off ideas and writing them on the spot. That was a great experience.

Cryptic Rock – It certainly is. You most recently released a music video for your newest single, “Home Is Where I Don’t Belong.” An interesting music video, what can you tell us about the story behind the visual aspects and the song itself.

Seike Clowniac – The song is about being excluded from something that’s yours/you were a huge part of creating. We tried to express that feeling in the video. The chaotic feeling of having your normal life and routines turned upside down without being able to control it. It’s supposed to make you feel a bit uneasy but in a humoristic way.

Cryptic Rock – It does and it also grabs your attention. “Home Is Where I Don’t Belong” is the second single you have put out in 2018, the first “Howl.” Can we expect a new record from the band in 2019?

Seike Clowniac – Yes, we will release our first song of 2019 already in January! The band is currently working on a full-length album so you’ll have a lot of new music coming next year!

Cryptic Rock – That is something to look out for. Breaking through into the North American market can often be a dream for many European bands, but with it comes a good deal of challenges. Fortunately, the internet makes it easier for people to discover music these days. With that in mind, have you received positive reactions from the North American region?

Seike Clowniac – Many of our most dedicated fans are from America, both north and south. It’s a natural step for us to go there now since we already toured parts of Asia and Europe! We hope even more people will recognize us during 2019. As you said, breaking through in the US is of course a dream!

Dave Delaine – I think that the American music market is sort of a must for bands that are looking to do music as anything more than a hobby since it’s such a huge part of the market. We do have a following in the US and everyone seems to be really into what we have done so far. I think they are going to like everything we have planned for the future even more!

Matt Tryman – I was quite surprised that we actually got such a good response from The States when we released “Home Is Where I Don’t Belong.” I’m really happy about it because America has one of the biggest industries for Metal musicians.

Zave Demonte – Yes, definitely! I know the US is big, but the biggest “chunk” of our stats on all social media is always North America. That’s where the scene is. That’s where people are most hungry for music like ours.

Cryptic Rock – Hopefully more and more fans will catch onto Kerbera in the North American market as time goes on! The obvious next question, you are currently visiting the USA. How has the experience been? Is this your first time in The States?

Seike Clowniac – Our second! Kerbera visited LA back in 2015 for a showcase at MUSEXPO. So far I love the US! I’ve visited LA, Detroit and NYC and can’t wait to see more of this country!

Cryptic Rock – Hopefully you will get to soon. When the time is right, can we expect Kerbera to embark on a full North American tour in the future, and, if so, who would you like to share the stage with?

Seike Clowniac – We will, that’s for sure. I don’t have any specific band that I wanna tour with. There are so many! Ideally, bands that share the same fan base or where fans of them could discover and appreciate what we do! (Laughs) The most boring answer ever…

Actually, I would wanna tour with AFI just because I discovered them by a lot of people telling me that I sound like their vocalist. I don’t really hear it, but it would be cool to sing with him for that reason! The people who like his voice might appreciate mine then!

Zave Demonte – Yes, AFI would definitely be cool! Other bands in the genre with the same type of fanbase. We opened up for Falling in Reverse in Russia and I’d love to do that again. It would be super cool to play with Galactic Empire. And if I could dream… Avenged Sevenfold.

Dave Delaine – A North American tour is something we have had our eyes on for some time now. It feels like it’s just a step out the door with all the support we have in the US. Personally, I would love to do a tour with Erra!

Cryptic Rock – Those would be interesting touring bills. Believe it not, 2019 is right around the corner. What are your goals for the forthcoming year?

Seike Clowniac – We will, as I mentioned, release a lot of music, and we will tour! In 2018, we had our most progressive year and 2019 will be even better!

Dave Delaine – This might sound a bit cliché, but I want to be happy and I know that if we keep at it the way we have this past year that won’t be a problem!

Cryptic Rock – It sounds like 2019 might be a big year for the band! Last question. On Cryptic Rock, we also cover movies, particularly Horror and Sci-Fi. If you are a fan of these genres, what are some of your favorites and why?

Seike Clowniac – I’ve always loved Horror movies! Horror in general is a genre I can’t get enough of. My favorite in later years is actually It Follows (2014). It’s so creepy! When I was younger it was Pet Sematary (1989). Can’t wait to see the remake! I love the feeling old Horror movies had too. I haven’t seen the remake of Suspiria (2018) yet, but that’s also one of the films I liked a lot.

Dave Delaine – I’m a big baby when it comes to Horror movies, I get way too tense when I watch them so I don’t really like it. Sci-Fi on the other hand is something I like! I love movies like The Martian (2015) and Interstellar (2014).

Zave Demonte – Yes! Star Wars. The classic IV-VI non-specialized editions. One of my favorite movies, that I’ve watched countless times is The Thing (1982). Another favorite that just blows me away every time is The Shining (1980), just wow.  Honorable mentions would be The Matrix (1999), Inception (2010) and Interstellar. These are movies that were ‘cool’ when you were younger, but has so much more philosophical and spiritual stuff hidden to offer when you see them as an adult. 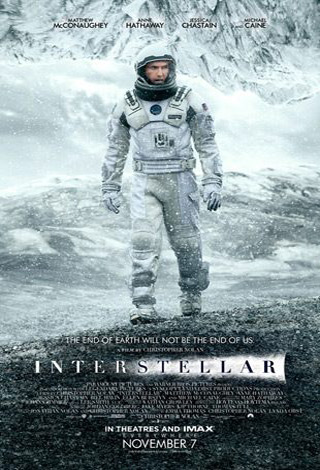