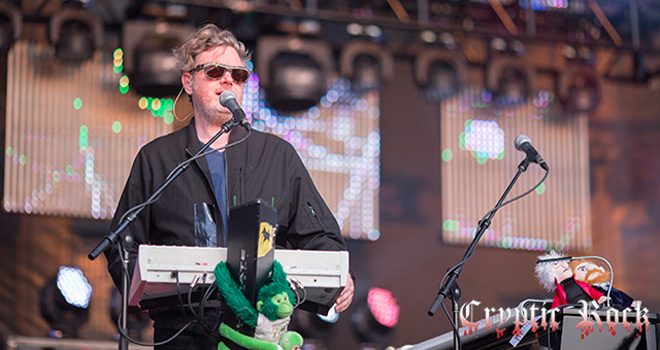 Celebrating the varied colors of music, Canada’s Barenaked Ladies are a unique band all their own. Difficult to box into one genre, since their formation nearly three decades ago, they have used Pop, Rock, and Folk as a palate for their sound. Attaining massive mainstream success in 1998 with their Stunt album, since then, the band has been a household name among Alternative Rock music lovers. Now preparing to release their forthcoming collaborative album, Ladies and Gentlemen: Barenaked Ladies and The Persuasions, it further shows the band’s ability to shrug off the idea of sticking within one style. Recently we caught up with longstanding Keyboardist/Guitarist/Vocalist Kevin Hearn to talk the band’s story, their impeccable harmonies, their upcoming tour, and more.

CrypticRock.com – Barenaked Ladies’ history dates back nearly three decades. In that time, the band has attained a great deal of mainstream success including several multi-platinum albums, extensive touring, and more. Through it all, what has this incredible journey been like for you?

Kevin Hearn – That’s a good way of putting it: incredible! Sometimes it’s all a blur, you know? But it’s still going and I love it. How’s that? (laughs) 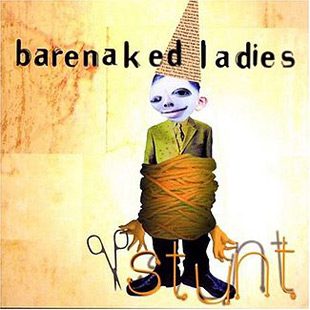 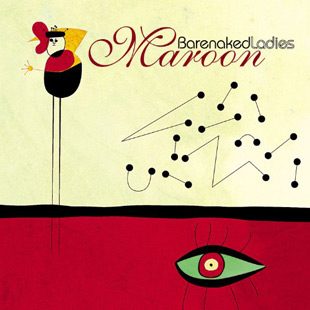 CrypticRock.com – (laughs) It is indeed still going and the band is still very successful. One thing about Barenaked Ladies is that your style is truly unique; the band combines a variety of different genres to create your own sound. Looking back, how did it all come together?

Kevin Hearn – Well, each of us has different musical tastes, we don’t all like the same music. We agree on some things, but we each bring something a little different to the table. We always try to have fun and we try to make up songs every night. So, in that sense, we’re always trying different things. I went to see Black Sabbath last year and I was so inspired by the guitar play, I started kind of playing Heavy Metal riffs in the improv moments of our show. Ed started rapping over it, ’cause that’s what he can bring to the table. Tyler played a great beat and Jim played the riff along with me, and all of a sudden we’d kind of done something we’d never done before. So we’re still kind of finding new avenues to take and new things to try.

CrypticRock.com – That is definitely what makes the band so endearing to fans. Another key component of the band is that you have some truly amazing vocal harmonies. In fact, they are some of the very best out there. That takes a great deal of chemistry to accomplish those harmonies, no?

Kevin Hearn – Yeah, I’d say so! We definitely work on them. The blend of voices is what it is, you know? It’s hopefully pleasant. 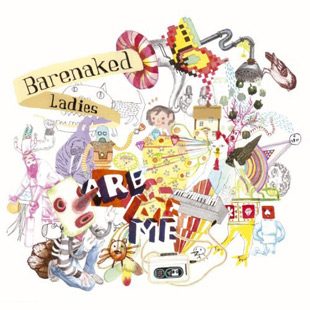 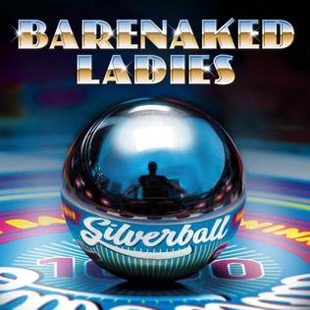 CrypticRock.com – It certainly is. Now you actually have a new record set for release on April 14th, Ladies And Gentlemen: Barenaked Ladies And The Persuasions. This is a collaboration album with The Persuasions, how did this all come about?

Kevin Hearn – Well, you mentioned the harmonies – and harmony has always been such an integral part of our sound – that it made sense in a way for us to record with a group that sings harmonies and sings a cappella. So it seemed like a good fit. I was a big fan of The Persuasions’ record, Frankly a Cappella, which they released in 2000, which was all Frank Zappa songs done a cappella. I worked with Lou Reed; I was his touring band leader from 2007 to 2013. When I went to Lou’s memorial, The Persuasions were also there performing, because Lou loved them, and that’s where I met The Persuasions. I reached out to them and asked if they’d like to collaborate on something and that’s sort of how it began.

CrypticRock.com – Very cool. Sometimes a collaboration with other artists can bring a fresh perspective to things, even if it is performing older tracks. What has it been like working with The Persuasions?

Kevin Hearn – Well, as you said, it helped refresh some of the tracks. We’ve been playing some of these songs for over twenty years! It was nice to hear a different voice sing, it was nice to hear the harmonies expanded upon with the six of them singing. It was refreshing and it was fun! 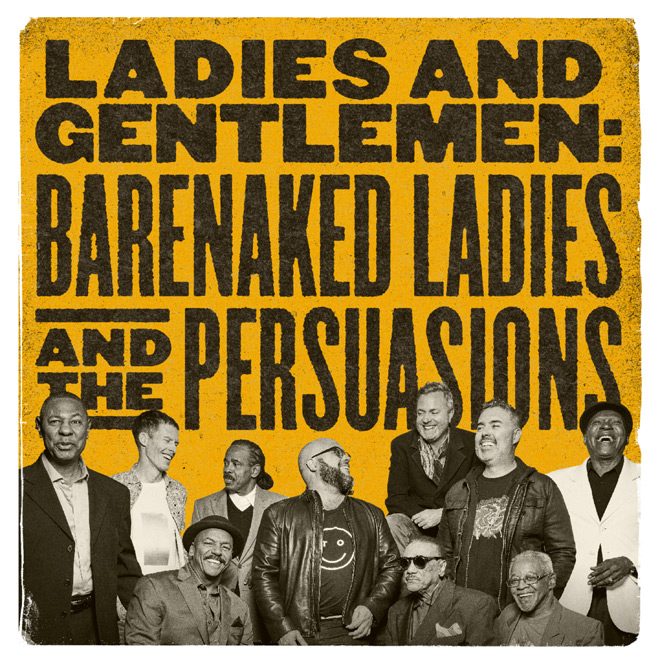 CrypticRock.com – Absolutely. Fans will definitely enjoy this record, it definitely bring something new, gives a fresh perspective. The band is now set to go on tour and you are actually performing with The Persuasions on some of these dates. How excited are you about this run of shows?

Kevin Hearn – Yeah, I’m over the moon about it. I can’t wait! They’re gonna be great; they’re gonna be special nights. They’re gonna be fun, joyous. I’m really happy to be touring the United States with a bunch of guys who are different colors, from different backgrounds, and making happy music for people. I think the world needs it!

CrypticRock.com – That is for sure. It is an interesting point you bring up there, it seems like there is a lot of doom and gloom nowadays. It seems like everyone is always looking on the negative side of things. Music really helps that; it should, at least. Barenaked Ladies do a really great job at that, of giving a positive perspective.

Kevin Hearn – Thank you. We don’t see ourselves as an overly political band, but we certainly take our job seriously. In that, we are trying to help people have a good time and escape the doom and gloom momentarily, or at least look at it and perhaps laugh at it or share a feeling about it.

CrypticRock.com – Absolutely. One thing about a Barenaked Ladies show, at least to the audience, it is very unpredictable. Onstage, do you just let it flow? Obviously you have to have a setlist and such, but how do you approach it? Do you just ad-lib as you go?

Kevin Hearn – We do. We don’t plan it ahead of time and that’s the fun part for us; we’re actually going out on a limb every night. I think it’s as much fun for us as it is for the audience, or maybe more for us, I don’t know. (laughs)

CrypticRock.com – It is great that you guys still have a fun time on stage. There are a lot of bands out there who truly look miserable on stage. That said, it is really refreshing to see that the Barenaked Ladies do enjoy performing.

Kevin Hearn – We’re very lucky to be doing what we do for a living and we all appreciate that. We appreciate our audience, so I don’t think I could last very long if I wasn’t enjoying it! I’d have to do something else. 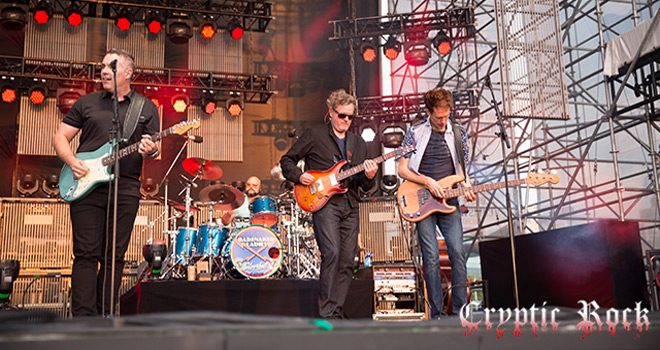 Kevin Hearn – We try to choose people that inspire us or that we’ve enjoyed as musicians over the years. Our thought is that if we’re going to be on the road for a few weeks, let’s travel with people who we really like listening to. It actually really helps our show and it helps our day-to-day existence. It was so nice everyday to go and watch OMD’s performance and hear this…It’s like, oh, you got to know their setlist. It’s like, “Oh, they’re gonna do “Secret” next, I gotta get out there.” It became sort of part of my routine. I mean, I used to play their songs with my high school band. Same with Violent Femmes. So it helps you, it helped me connect with why I got into music in the first place. To see these people up there playing their songs is both inspiring and a reminder of where we came from.

CrypticRock.com – Agreed. Now you had mentioned that everyone in the band does have individual musical tastes, and you spoke about going to see Black Sabbath. Out of curiosity, who are some of your personal musical influences?

Kevin Hearn – Lou Reed was my big hero. Velvet Underground. Of course I liked the singer-songwriters who were kind of poetic like Bob Dylan, Leonard Cohen, Tom Waits. As a keyboardist, I also got into the synth, the electronic world like Kraftwerk, Devo, and The Residents. That sort of thing, including Talking Heads. I’d have to say that Lou Reed is my guy. 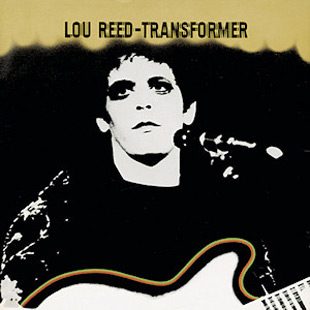 CrypticRock.com – Very cool. You actually got a chance to work with Lou, which is pretty incredible when you truly revered the man.

Kevin Hearn – It really is and he was so kind with me, and so kind to give me that chance. We became friends and I will always treasure that.

CrypticRock.com – That sounds really fantastic and an experience you will never forget.

Kevin Hearn – Yep. It also helps me deal with people in my life that may be younger than me, you know. He set a really good example for me.

Kevin Hearn – Yeah! If you’re open to learning those lessons.

CrypticRock.com – Our last question for you is pertaining to movies. On CrypticRock, we cover all areas of music, as well as Horror and Science Fiction movies. If you are a fan of these genres, do you have any favorites?

Kevin Hearn – Is Blue Velvet (1986) a Horror? That’s my favorite! I love David Lynch’s movies. I love the soundtracks that Angelo Badalamenti does.

Kevin Hearn – Wow, 40th anniversary, that is great! It is such an incredible film, it really is like a bad dream on film.

CrypticRock.com – It definitely depicts that. Lynch certainly has a unique surrealism to his filmmaking.

Kevin Hearn – Yeah, and that great song in there that he wrote. 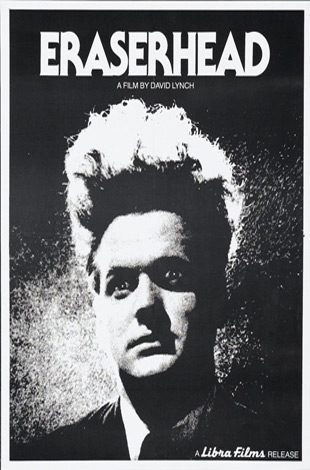 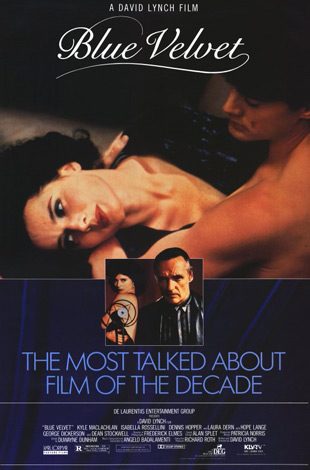 CrypticRock.com – Yes, “In Heaven (Lady in the Radiator Song).” You mentioned the soundtracks and, especially in Horror and Sci-Fi, soundtracks are essential.

Kevin Hearn – Absolutely! Have you ever seen 1973’s The Wicker Man? It is an amazing film. It’s kind of like a Horror Musical and the songs are incredible.