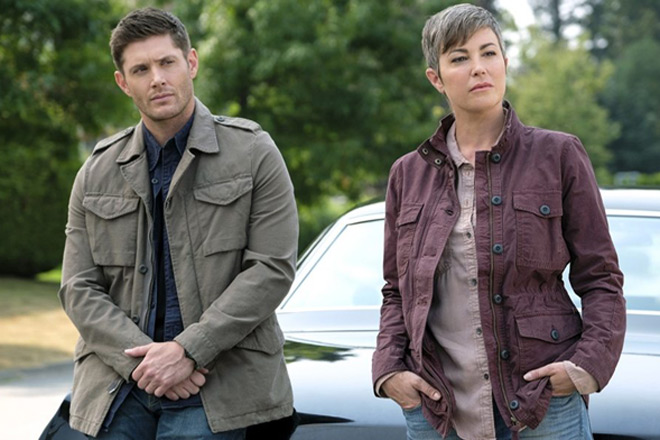 Over the past 12 years, the Eric Kripke created Horror series Supernatural has become a smash hit on television. Currently amidst its 13th season, many characters have been introduced along the way, but perhaps one of the most beloved is Sheriff Jody Mills. Portrayed by talented, versatile Actress Kim Rhodes, how cool would it be for fans of Supernatural to see a potential spin-off series based around her character? Answering the call on Thursday, January 18, 2018, the anticipated, planted spin-off Wayward Sisters will premiere at 8/7 central on the CW. The 10th overall episode in Season 13, and 274 overall in the Supernatural series, who knows where Wayward Sisters will go from here! Recently we caught up with the zealous Kim Rhodes to talk her career as an actor, her time a part of Supernatural, the potential of Wayward Sisters, her love for music, plus much more.

CrypticRock.com –  You have been involved in acting in film and television for nearly three decades now. First, tell us, what inspired you to take on a career in acting? 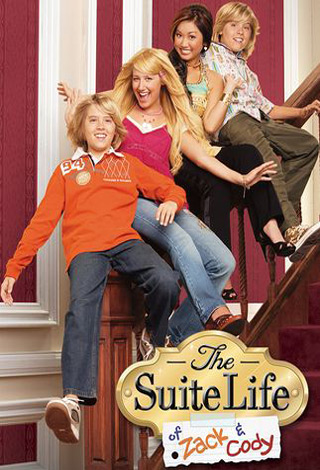 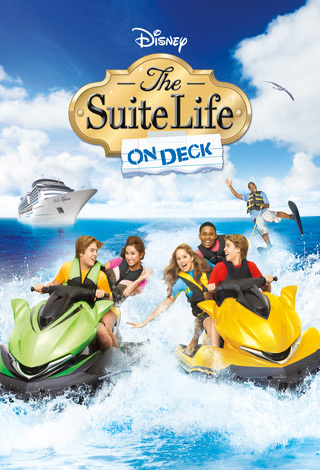 CrypticRock.com – Interesting. Obviously our reasoning changes, and we grow as time goes on.

CrypticRock.com – Exactly, that is the point of life. Of your many credits, you have built a strong presence on the popular series Supernatural as Sheriff Jody Mills. A role you have been portraying for nearly a decade, how did it come about for you and what has your time on the series been like?

Kim Rhodes – Eight years ago it was a one off. I was just supposed to be a guest star. I remember the auditions very vividly because part of the audition scene was when Jody discovers her son is a zombie and has eaten her husband’s intestines. That is kind of intense! Then the scene progressed to her son having to be shot in the head.

I was sitting with around 5 other women and the cast director walked in and one women asked, ‘Are we taking this scene all the way to the end?’ He said, ‘Yes.’ to which she said, ‘That is impossible, there is no way you can do that in an audition.’ In that moment I thought, ‘Oh, this is mine.’ I was ready to go there, I was willing to crash and burn if that would happen. Sometimes you have to risk crashing and burning to get to the other side.

Every single time I go up there I feel like it is my birthday. It is an amazing character to play. It is a phenomenal cast and crew. There is just something magical about the way the entire show comes together that feels like home. 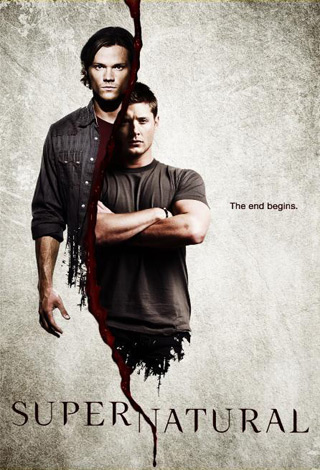 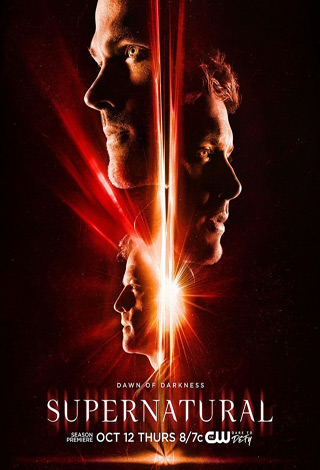 CrypticRock.com – It sounds like it has been a fantastic experience. You actually first appeared in Season 5 and you have been there since. On January 18th, you are appearing in the anticipated planted spinoff called Wayward Sisters. Hopefully this will develop into something more. Without giving away too much, what can fans expect?

Kim Rhodes – The fact is Sam and Dean are on a hunting trip and we haven’t heard from them… it’s been a while. (Laughs) They are in a different world that Kaia Nieves can access. They are in a completely different world, and trapped. Claire Novak, who has been hunting on her own, gets a call from Jody, and she tells her, ‘Sam and Dean need us, come home.’

The bones of Wayward Sisters has Claire, the headstrong, passionate fighter who has been on her own; Alex Jones, who hasn’t left because she is there emotionally supporting Jody, she doesn’t want Jody to experience more lose in her life; Patience Turner, who is a psychic and super new to this world, she had a vision that this is about to go down. Patience left her father who said, ‘If you use your gift you are done to me.’ She says, ‘Well I don’t really have a choice, my gifts are gifts.’ Kaia comes into the picture as the dreamwalker who opens the world where Sam and Dean are trapped. Then there is Sheriff Donna Hanscum, who is Jody’s rock and weapons provider. They go hunting! They go to save Sam and Dean! At the same time Sam and Dean are over there, there are monsters from that world coming over here.

They are killing monsters and taking names. It is balls to the wall! It is action fans of Supernatural are used to seeing. There is not a lot of “let’s sit down and talk about our feelings.” Not the training montage. No, it hits the ground running, and just speeds up the whole way through!

CrypticRock.com – Wow, it sounds pretty intense. Fans have had a chance to get to know Sheriff Jody Mills over the years. That in mind, will we perhaps see a different side of Jody now?

Kim Rhodes – I like the idea of seeing Jody in an environment where she will have to learn from people she thinks she is mentoring. I like the idea of exploring Jody’s flaws and her not so attractive characteristics, as well as the things she needs to learn from the women around her. I am really excited to see how she lets herself trust the fact that she has a family again. It is not the family she had, but she has a family again. That is terrifying because that means she can’t risk losing again. It is also comforting because that is ultimately who she is. Back a long time ago, 8 years ago, she was a mom and wife emotionally before she was a sheriff. She has not had that in her life or had those relationships for a long time. 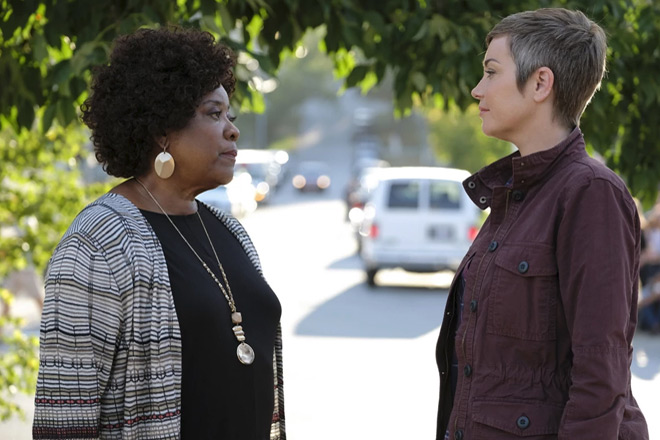 CrypticRock.com – That will bring an interesting new dynamic. It will be exciting where it goes from here. The possibilities are endless where the characters develop.

Kim Rhodes – They really are! Literally, because you have other worlds that have opened up. Characters that used to be just on Supernatural can come back to life in different incarnations from different worlds. You have a conflict within the 6 women because they love each other deeply but their viewpoints, priorities, passions, and ways of doing things differ. Like with all families, that is where conflict comes from – you love each other enough, to maybe hate each other sometimes.

CrypticRock.com – Right, that is certainly a real to life dynamic of family. Cleverly enough, the series utilizes the famous Kansas track “Carry On Wayward Son.” Obviously Wayward Sisters is a play on words from the song, correct?

Kim Rhodes – Yes, in fact, at Comic Con, Kansas opened the Supernatural panel. There has been some chit chat it was going to be Wayward Daughters or Wayward Sisters? Yes, everyone agreed wayward is the perfect name for the fandom movement and the spin-off. The word that comes after wayward, is going to be what it is going to be. It is going to be a relationship, but underneath it is people who are off the beaten path. That is the literal definition of wayward, you have gone off the beaten path. Sometimes by accident, sometimes on purpose, but we are all exactly where we are suppose to be. 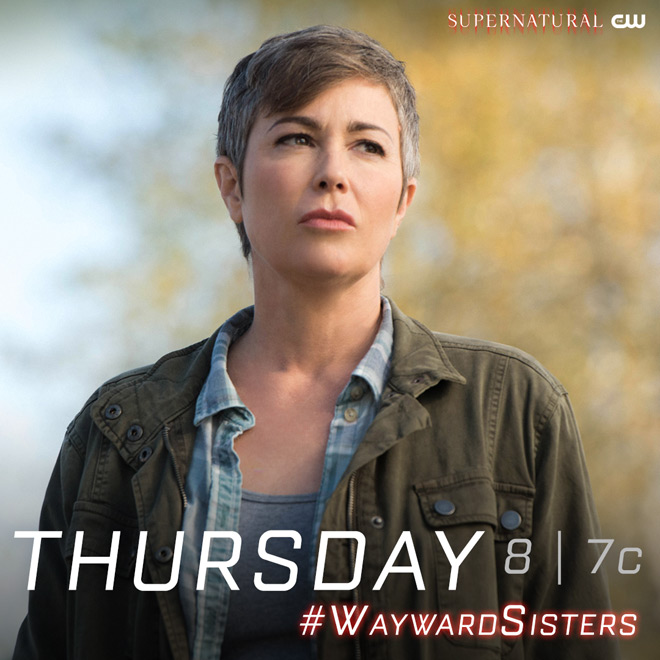 CrypticRock.com – That is very cool and it is really a great title! It is compelling how the music entwines with the series. Music can play such a strong role in film and television.

Kim Rhodes – It’s been pivotal in the identity of Supernatural, at this point famous. We have karaoke parties at the convention that is all Classic Rock, and “Carry On Wayward Son” is always the closing song every single time. It is just wonderful the energy it rounds out in a show like Supernatural.  I look forward to hearing Wayward Sisters find their own tune so to speak.

CrypticRock.com – Absolutely. Well only time will tell and fans are certainly eager to see. Speaking of music, what are some of your favorite forms of music and artists?

Kim Rhodes – I am a child of the ’80s. Not only am I a child of the ’80s, but I am a ‘gothic club kid’ child of the ’80s. My favorite band of all-time is Oingo Boingo. Then you get into Depeche Mode. Also Nine Inch Nails, they still have a great deal of merit. I think Trent Reznor is still making some incredible cutting edge ideas behind his music. I like Euro Synth stuff and stuff that is older than the 1980s. I like angry German Dance music, I like to dance a lot. (Laughs) My tastes are pretty limited, it is basically angry men with a lot of hair product and a synthesizer. (Laughs)

CrypticRock.com – Well that is really great to hear you are into that era of music! There were some wonderful music from that time.

Kim Rhodes – Right? The clove cigarette and Bauhaus in the background? Those were the days. Again, it was dramatic, but you could still dance to it. I still listen to some of these songs and I just laugh, ‘Wow, Bronski Beat, all these songs about how horrible life is, but with a peppy beat that you can dance to!’ What unique voices, like Marc Almond. Specific and unique voices. 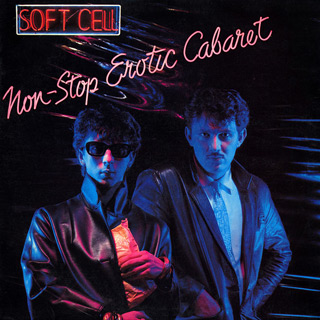 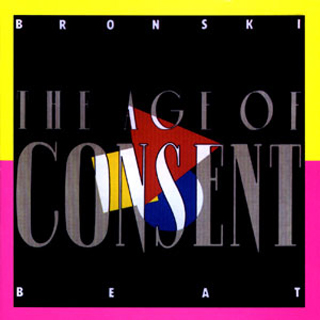 CrypticRock.com – Completely agreed. Some really unique and underrated music. Last question, if you are a fan of the Horror and Sci-Fi genres, do you have any favorite films?

Kim Rhodes – This is going to be a long answer, but I have to give you the whole thing because I feel the need to justify myself. I didn’t get to watch television a lot as a kid, because my parents were teachers, so I read a lot. The first genre I loved was Ghost and Horror stories. I scared myself so badly that my mom sent a note to the librarian saying I wasn’t allow to take out Ghost stories anymore because I was scaring myself. I don’t have a filter, I can’t watch something and know it’s a story and roller coaster ride. I love the Sci-Fi, but I read it.

As for the Horror genre, I cannot disassociate from it. I have had a few people tell me you just haven’t watched the right stuff! I watched the remake of Night of the Living Dead and I couldn’t shower with my curtain closed for two weeks! I am just a sponge and suck it all in. It is not so much what happens when I’m watching it, it is what my brain does when I am trying to fall asleep that night. Donnie Darko scared the crap out of me. Mars Attacks! scared the crap out of me!

I love the fact that these genre films exist. I love being a part of them, but I cannot… I rather make them, I cannot watch them. Even episodes of Supernatural that I was in were too for me to watch. I just don’t have the ability to filter into fantasy. I experience it all as reality and I can’t make my brain shut off.

CrypticRock.com – That is interesting to hear. Everyone see things different. You said you enjoyed reading the genres as a kid. Do you still read them? 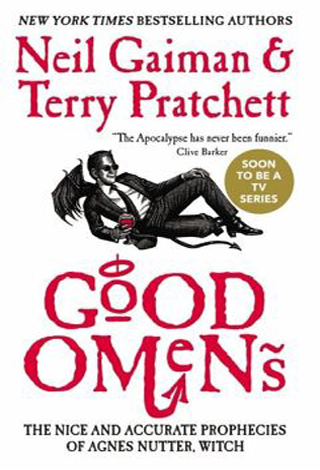 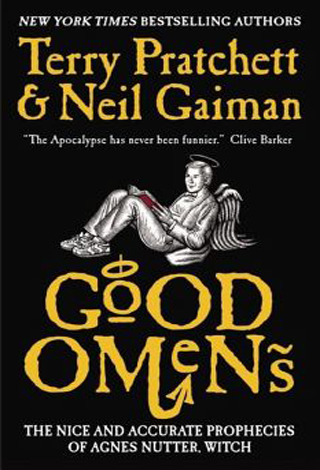 CrypticRock.com – Everyone has different tastes and limits of what they can handle. There is nothing wrong with that.