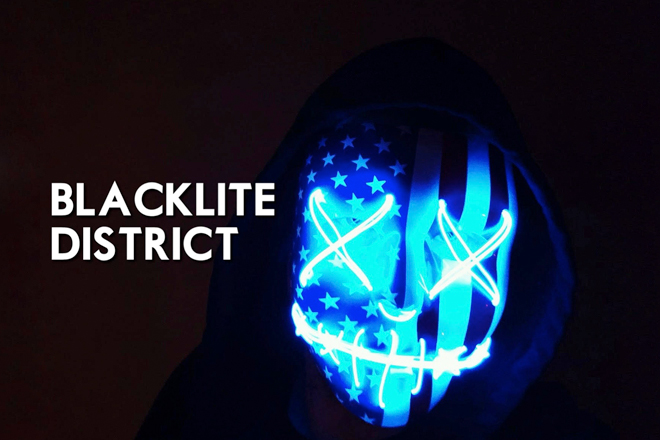 Back in 2013, Blacklite District broke into the mainstream world of Rock with their two big singles, “Take Me To the Grave” and “With Me Now.” Overcoming whatever obstacle has landed in their path, the band continues to rise in the rankings, grabbing the bull by the horns so to speak, taking destiny into their own hands. No relying on big record labels, false promises, or anything else the music business throws one’s way, Blacklite District are a self-made band. Continuing to work hard and grow, their 2017 album, Instant Gratification, has been making some noise as their single “Cold As Ice” remains red-hot into 2018. Showing no sign of slowing down, what is next for Blacklite District? Recently we caught up with Vocalist/Guitarist Kyle Pfeiffer to talk the roads travelled by the band, writing music on their own terms, what lays ahead for 2018, and much more.

CrypticRock.com – Blacklite District first came to be over 15 years ago with yourself and Roman while you were still teenagers. Now older, wiser, and more mature, how would you describe the journey the band has been on?

Kyle Pfeiffer – It’s been interesting to say the least. We have been through so many of the same cliche stories we heard when were getting into this business. From crooked managers and record labels, to major success, there could probably be a book written about it all.

CrypticRock.com – The band’s story is rather interesting with various shifts over time. Back in 2013, singles such as “Take Me To The Grave” and “With Me Now” made some noise on radio, garnering the band a lot of attention. Do you look at that as a turning point in the band’s story?

Kyle Pfeiffer – Absolutely. Those first two singles were our debut on the national scene in terms of radio. Starting this band when we were young kids to all of a sudden having our songs get played on radio all across the country is a very major turning point. It “breaks” you in, so to speak. 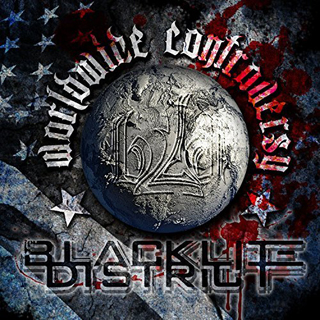 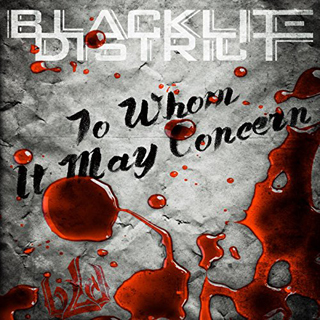 CrypticRock.com – Right, and that has to be exciting! The band’s sound is rather unique. You mix Rock, Electronic, Industrial, and even some Hip Hop. Obviously, a style morphs over time. Do you feel Blacklite District is still spreading its creative wings at this stage?

Kyle Pfeiffer – Now more than ever, and it’s proven on the latest album. I don’t think we’ll ever stop spreading our creative wings because that’s what drives us. I would never want to make the same sounding album twice. There’s no passion there. The fun is the risk you take by exploring uncharted territory in terms of genres, instruments, and sounds overall.

CrypticRock.com – Yes, you have to be willing to take risks and try new things as an artist. Interestingly enough, the band altered directions slightly with yourself returning to lead vocals after Worldwide Controversy for the band’s 2016 album To Whom It May Concern. For those who learned about Blacklite District, following the success of aforementioned songs such as “Take Me To The Grave,” what was the initial reaction to hear you were behind the vocals. Furthermore, what led to the decision to take lead on the microphone again?

Kyle Pfeiffer – I started this band as the vocalist and have always been a vocalist, and there was no decision to ‘take over.’ When we’re in the studio and we’re in the middle of tracking something special, we do what is best for the song. It was a natural evolution and it brings everything literally full circle. In fact, Instant Gratification has been our biggest album yet.

CrypticRock.com – That flexibility and diversity make Blacklite District even more endearing. Yourself and Roman have been the core of Blacklite District since the start. How would you describe the chemistry you share, and what have you learned from one another?

Kyle Pfeiffer – Playing together for over 15 years, you learn a lot about each other. I think you can see that in the live shows, there is just something special when it comes to all of this stuff.

CrypticRock.com – There is no question that is a long time to work with one person. The band released To Whom It May Concern in 2016 and wasted little time to follow-up with Instant Gratification in September of 2017. A quite complete record, featuring a balance of your and Roman’s vocals, what was the writing and recording process this time around? 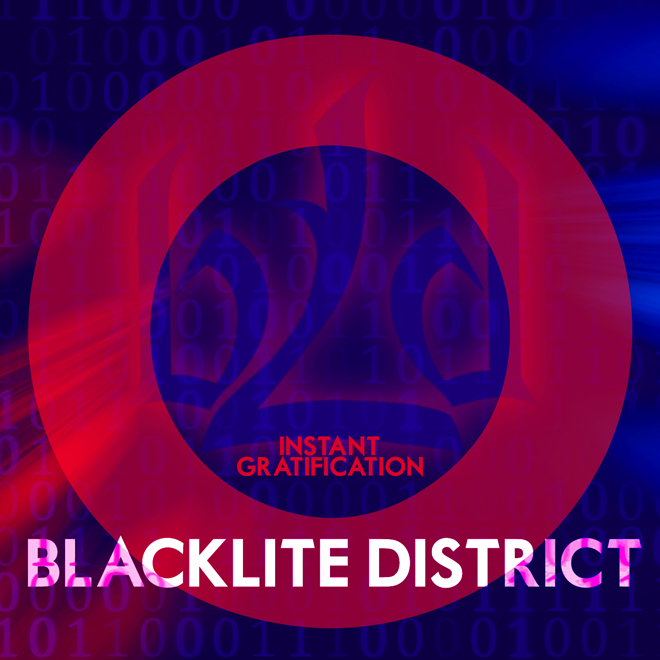 Kyle Pfeiffer – The best thing about the creative process for the album is that we really did everything on our schedule. That way, when we’re really inspired we can jump right in. On the flip side of that, we don’t have to force something just to get something done. I produce all of the music in my own studio, so we can always make sure the vibe is right.

CrypticRock.com – Well, as you said, Instant Gratification is perhaps the band’s biggest album yet! The band has picked up a lot of traction yet again with the single “Cold As Ice.” Catchy and diverse, what are plans for a follow-up single in 2018?

Kyle Pfeiffer – “Cold As Ice” has been out for almost a year already, but the song just keeps going and going. It just went Top 40 on the Billboard Mainstream Rock chart, and is still climbing. We have some awesome plans for the follow up, and it’s gonna be soon.

CrypticRock.com – That will be exciting to see! The band has a series of animated music videos. For those unfamiliar, tell us a little more about the Minecraft animation and Blacklite District’s decision to explore it?

Kyle Pfeiffer – We got over 40 million views between the four animated videos that we did in the last 6 months, and that is reason enough. The goal is to always get as many eyes and ears on the product as possible, including non-traditional and new age platforms. These videos rival Pop hits in terms of views. Trending worldwide. Blacklite District is proud to pave our own path to success, and proud to do things futuristic.

CrypticRock.com – Very cool and that is very impressive as well. You are set to hit the road with Flaw in February and Eve To Adam come March. How excited are you for this run of shows, and can we expect some Northeast tour dates in the future as well?

Kyle Pfeiffer – We’re gonna be coming everywhere in 2018, so stay tuned for new tour dates at BlackliteDistrict.net. We put a lot of effort into the production of this show, and we’re gonna unveil it really soon. I would encourage anyone who wants to see a straight up badass show to see Blacklite District.

CrypticRock.com – It sounds like there are a lot of great announcements to come! Seeing the band’s sound is so diverse, what are some of your musical influences?

Kyle Pfeiffer – We’re influenced by everything – Ozzy, Metallica, Eminem, Imagine Dragons, Twenty One Pilots, Linkin Park, Fleetwood Mac. Rock, Pop, EDM, Hip Pop. If it’s good, we like it, and if it’s dope, we write it.

CrypticRock.com – It is good to be open musically, you never know what you may find. Last question. We also cover Horror and Sci-Fi films on CrypticRock. If you are a fan of either or both genres, what are some of your favorites and why?

Kyle Pfeiffer – My favorite movie of all time is Halloween (1978), and I’m a huge fan of the entire series. Very much looking forward to the new one coming out this year, which includes John Carpenter and Jamie Lee Curtis! You guys keep kicking ass at CrypticRock, I’m a big fan! 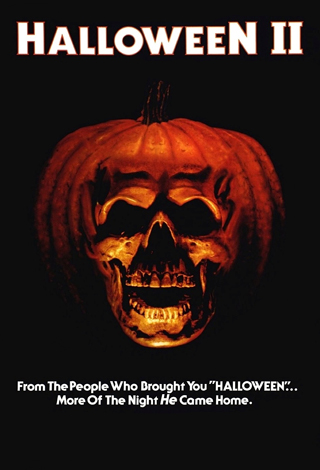