Jazz is a cornerstone of modern music with a full history dating back over 100 years. While merely impossible to define, due to its improvisational nature, the style has influenced everything from Rock-n-Roll, R&B, Funk, Hip Hop, and everything in between. With a list of legendary performances to come and go through the years, American Guitarist Larry Coryell has been a shining star in the Jazz world for over 50 years now. Affectionately known as the Godfather of Fusion, he has written and produced countless pieces of music through the years. Still extremely active, after all this time, Coryell still finds room for growth, and thrives off the ability to learn. Recently we caught up with the storied musician to talk his journey, creative inspiration, and much more.

CrypticRock.com – You have been involved in music most of your life and professionally for over 50 years. First, tell us, what has your incredible journey in music been like?

Larry Coryell – My journey in music has been an incredible adventure. It has been a “trip” with all the different kinds of music, but also it has been a great experience in terms of the people I have been fortunate enough to meet along the way – not your ordinary Tom, Dick, and Harry that you run into at the checkout counter in the grocery store.

CrypticRock.com – It really sounds like it has been an amazing experience. Many refer to you as the Godfather of Fusion because of your pioneering approach to Jazz Rock. How did you develop your stylistic approach, and is it still morphing all these years later?

Larry Coryell – Has my style been “still morphing” even after all these years? That’s a good question. I must say, initially, that when you talk about early formulations of Fusion. you have to throw in people like Lenny White, Herbie Hancock, Mike Clark, Dave Liebman, Jeff Lorber, and Michael Urbaniak. The thing is we were dead set on not copying our Jazz heroes, like Coltrane, Brubeck, Ellington, etc., because we felt the best way to honor them was to develop our own voices  -in my case, I wanted to go outside the usual choices of composition/playing and bring in ideas from The Beatles, The Stones, Bob Dylan, and Samuel Barber. Even today, I believe I’m still going forward; looking for new ideas from great artists in order to initiate “quality” change – I applaud creative change as long as it’s positive. 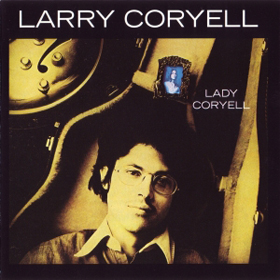 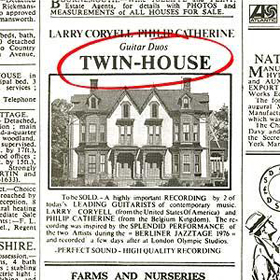 CrypticRock.com – Agreed. Creative change is wonderful, but you do not want to change just for the sake of changing, quality should always be first. Sometimes players are hesitant to divert from one genre to another in their music. What advice would you give to young players looking to explore with styles and finding a comfort zone?

Larry Coryell – Well, each young artist who is serious about developing into their “true” musical self must decide what it is he or she wants to do. Do you want to play in a big band, or a small ensemble? Do you want to play established compositions or write your own? I remember clearly, when in the Gary Burton Quartet, our repertoire began as a mix of standards and originals (everybody in the band wrote). After performing a few gigs, we came to understand that the best way for us to go was “originals.” Playing originals exclusively worked for that group. New and upcoming players have to decide if they want to do something like that, or, there are other options, for example, having an outside composer write some titles for you. As is implied in your question, you need to find a comfort zone. Your zone may be-bop, so just stick to that.

CrypticRock.com – That makes sense. Once an artist finds a comfort zone the possibilities are endless. Amidst your own material, you have also worked with a list of other musicians in the past, including, of course, your own band, The Eleventh House. What are some of the more important things you have learned from collaborating with other artists?

Larry Coryell – The importance of collaborating is paramount. Over half the stuff I know I got from somebody I played with. This was the great thing about coming up in New York in the Sixties into the Seventies – we had opportunities to play with a wide variety of really good players – some famous, some not so famous, but from that crowd of vibrant virtuosos, I learned an incredible amount of music. 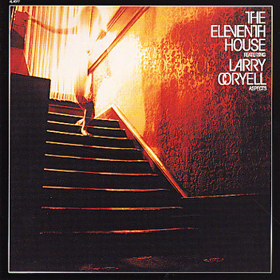 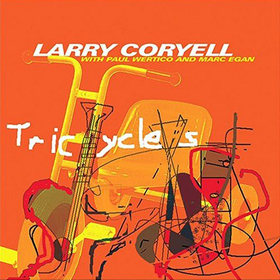 CrypticRock.com – It sounds like it was a wonderful time. You continue to put out new material, and, in 2015, you released Heavy Feel to critical acclaim. What was the inspiration behind this collection of songs?

Larry Coryell – The inspiration for Heavy Feel was a continuation of an idea that the Producer Greg Howe and I had: “What would Hendrix be playing like had he lived?” Based on that we did some stuff that was Indian influenced, classically influenced (one piece was from my Opera War and Peace) and we delved into the avant-garde influence – abstract improvisations. I feel very strongly Hendrix would have evolved towards that kind of concept. He would have kicked butt with that!

Crypticrock.com – He certainly was a phenomenal player, and it would have been quite interesting to see where his music would have gone. Jazz has always been an intricate part of music, but sadly, in the modern music world, it is often overlooked by the mainstream. The funny thing is, most do not realize, Jazz influence is in a lot of forms of popular music. This said, do you think there is still hope for Jazz to reach a broader audience?

Larry Coryell – Well, to me, we already have a broad audience – but it’s worldwide. For example, the recent Eleventh House concerts we did in Europe were all sold out. We must make sure to operate strongly in the established venues (concerts, clubs, festivals), but also, we must strive to paint with a broader brush, that is to say, do projects that will get people’s attention. In my case, I did one Opera (with jazz sections included) in 2014, and now I am finishing another one, to be premiered in a big multi-night guitar festival in Russia (which will include Al DiMeola on the final night). My next Opera will be performed in Dublin (an appropriate location, since it is “Ulysses” by James Joyce), on “Bloomsday,” June 16, 2018.

CrypticRock.com – That is extremely positive that the international world has a great appreciation for the genre. In 2007, you released an autobiography, entitled Improvising: My Life In Music. A decade removed from its print, if you could add a chapter now, what would it be about?

Larry Coryell – If I could add a chapter to my autobiography, it would be my accidental (but salutary) discovery of the world of Opera – I would talk about how my mentor (Daisaku Ikeda) encouraged me to read Tolstoy. So I read Tolstoy and found a world of depth and wisdom. I’ve composed Operas based on stories by Tolstoy, War and Peace and Anna Karenina, and, as I mentioned earlier, the next one will be Ulysses. Doing projects like this really expands my horizons, and when I go back playing my “regular” repertoire, it sounds fresh. Also, as a result of operatic exploration, I discovered a new musical icon to go along with my admiration of Jazz greats like Dizzy, Bird, Wes, Chick, Herbie, etc. It’s Maria Callas – she was a truly transcendent artist – Wow! Nobody better. 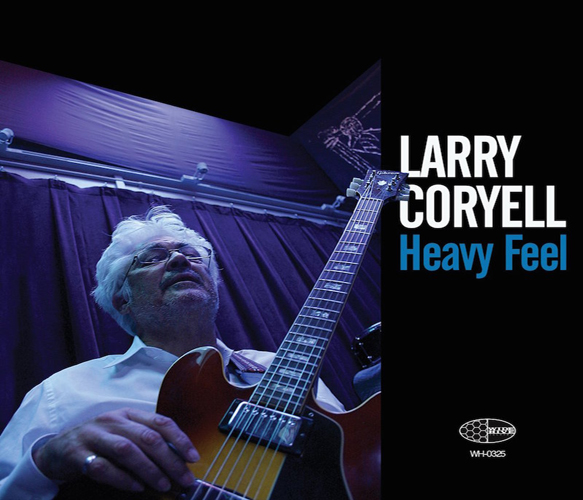 CrypticRock.com – Very fantastic, it is a testament to how we are all still always learning. You have select shows coming up through August of 2017. How would you compare the live performance experience opposed to working in the studio?

Larry Coryell – For me, the latter – “live” – takes the cake. Over the years, I have discovered that recording requires a certain “knack” of making yourself play when there’s no audience. That can be very difficult, but we can make it work, possibly, by imagining that the entire world is listening to what we are playing. That, plus, if you’ve assembled a great bunch of players, just play off of their formidable talent; listen and interact, and in that way you can come close to the “live audience” feeling.

CrypticRock.com – No argument there. There is no substitute for a live concert experience. My last question for you is pertaining to movies. CrypticRock.com covers music and Horror/Sci-Fi films. If you are a fan of either genre, do you have any favorites?

Larry Coryell – I do have to say I have a weakness for Dracula (1931). It is a heck of a story, and lots of scary stuff! That is my favorite (smiles).