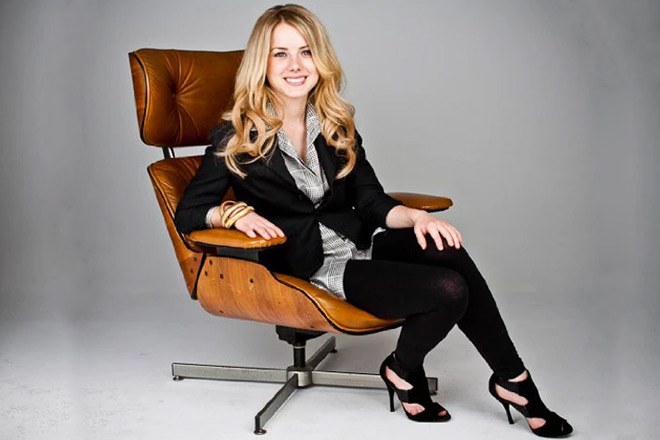 Growing up in Georgia, Laura Slade Wiggins decided from a young age that the stage is where she felt most comfortable. Immediately gravitating toward acting, she would go on to find success in television in film, starring in the hit Showtime series Shameless, the 2014 Lifetime film Starving in Suburbia, 2017’s theatrical hit Rings, plus more.

Beyond an actress, also a musician, Wiggins has an undeniable talent and charisma that beams through any genre she works in from Comedy to Horror. Speaking of Horror, she recently took a leading role in Along Came the Devil 2, which hit theaters, On Demand and Digital on October 11th. Sharing her experience, Wiggins sat down to talk about the work put into Along Came the Devil 2, challenging herself, her time on Shameless, and more.

Cryptic Rock – You have been involved in entertainment for over 13 years now. Starring in a list of TV series as well as feature films, what initially inspired you to pursue a career in the arts?

Laura Slade Wiggins – I’ve just pretty much always been that kid wearing a costume. I naturally was ushered into theater by my mother just so she didn’t have the one kid with the costume on. (Laughs)

I just kept doing plays and community theater; I actually auditioned for Broadway when I was in eighth grade and almost got the part. I just fell in love with acting, and in high school I drove up to Atlanta to take film classes. I just kept working at it and individually they put me in a movie, and did it again and again.

Cryptic Rock – It seems to have all worked out well for you. You have taken on different roles in various genres, ranging from Comedy to Drama and Horror. Do you enjoy the challenge of trying your skills in different genres?

Laura Slade Wiggins – Oh yeah! I very much enjoy the diversity. I’ve developed my tastes in films as my career went go on, but when that all got started it was pretty much, “Please let me participate with you, I would like do the lines.” Every time I’ve gotten to learn more, and there are a lot of people who still like to play dress-up as an adult as actors. 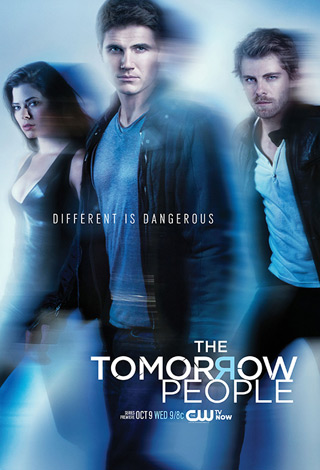 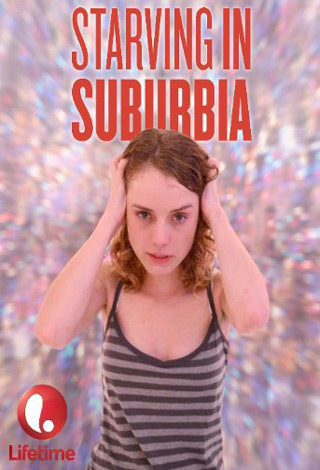 Cryptic Rock – Very cool. Speaking of Horror, you have a leading role in the recently released Along Came The Devil 2. A sequel to the original 2018 film, how did the role of Jordan come about for you?

Laura Slade Wiggins – There was a casting director who I had been back and forth with on a few parts. She read the part and said, “Laura would be great for this!” She brought it up to DeVans and they reached out to my reps.

At first, with Horror, I thought, I don’t know; sometimes you just run around with blood, guts, and there isn’t any story. (Laughs) This had such a story to it though. When you talk to Jason and Heather DeVan they say it’s just a story about what it’s about, but I really felt like it was a lot deeper than just scaring people.

Cryptic Rock – Most certainly. In this film you assume the role of an adult Jordan returning home to find out what has happened to her sister Ashley. The film really focuses on point of view in many scenes. That said, what was it like portraying Jordan?

Laura Slade Wiggins – When I first read it, her little sister Ashley is much more of a go-getter, go hang out with the popular kids. That is where Jordan is kind of a goodie two-shoes and doesn’t believe in supernatural things. I thought that was really cool on the surface level.

When I saw the first film and saw Kyla Deaver, who played the original Jordan, she really had a protective presence. Even though she was only in a few scenes in the original, she actually gave me a lot of mannerisms to work with. 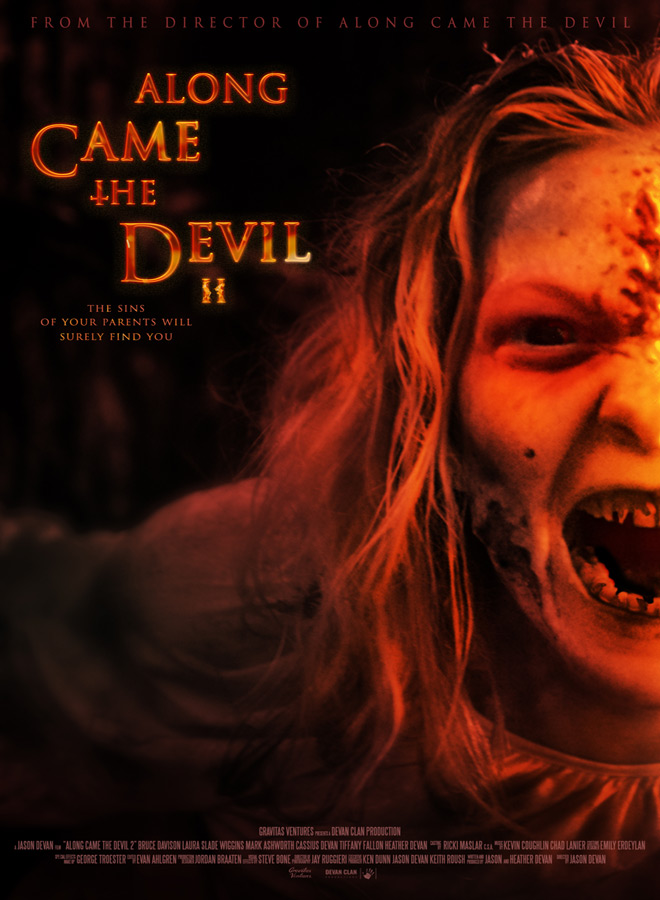 Cryptic Rock – Interesting. Did you see the original film prior to taking the role in the sequel?

Laura Slade Wiggins – I watched it before I took the role; I did watch Kyla’s performance. We did come a long way in this movie, you see the difference, and that is what you want as a filmmaker. You watch the first, it all makes sense, but with this one you really see the improvements they made with this film.

Cryptic Rock – Agreed. Have you heard any feedback on the film just yet?

Laura Slade Wiggins – A lot of people are saying it’s very well-shot. I’ve also heard it’s a really beautiful movie and the story plays really well. That’s the biggest win when you can keep everybody captivated. We were all kind of goofy people on the movie set, and I thought, I hope people find us scary. (Laughs) 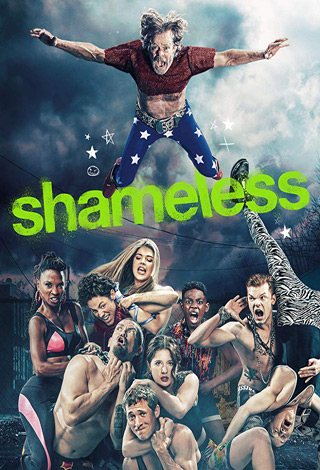 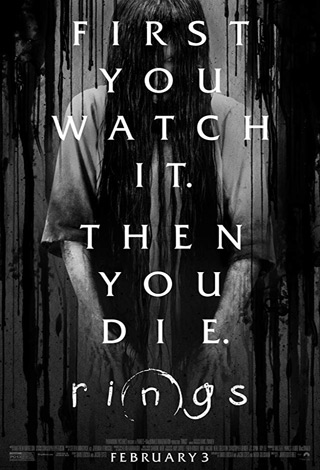 Cryptic Rock – It sounds like you had a blast on set! As mentioned, you have done a lot of different projects through the years. Perhaps your most known is your role on the popular series Shameless. What was that experience like?

Laura Slade Wiggins – That was probably the closest I will ever get to an acting school. It was very eye-opening, I wasn’t just working with anybody anymore; it was John Wells, they’ve done everything, including ER.

It was a very well-oiled machine, plus they had all these great actors coming in. There was this very tough, “you need to know your lines, you come prepared, you leave your phone in your trailer.” Even though we had a script, sometimes a lot of the meaning wouldn’t come out until we were reading it out loud.

Cryptic Rock – Sounds like an amazingly educational experience. Last question. If you are a fan of Horror films, do you have any favorites?

Laura Slade Wiggins – Evil Dead II (1987) ruined my childhood, but now I think it’s hilarious. I’m not good at straight-up, slasher-killer movies. I like Freddy Krueger though: he is one of my favorite characters – he is mostly a shadow, and that is what is so scary about him! 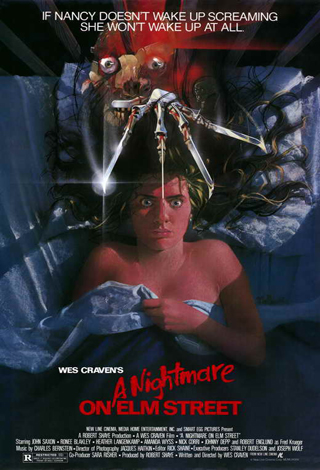 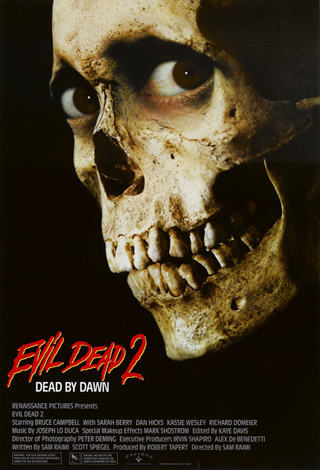 Purchase Along Came The Devil II: