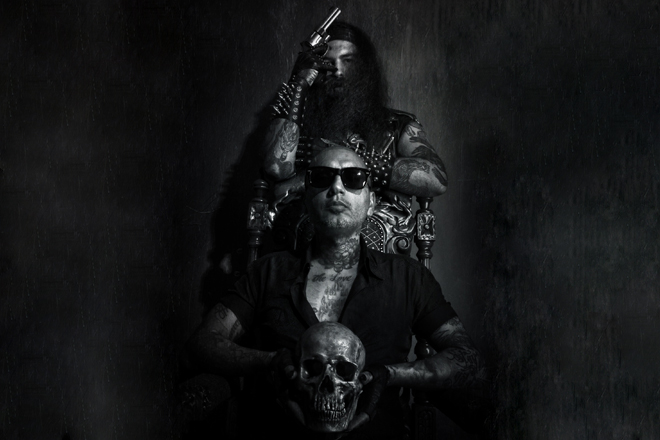 Prayers are a duo out of San Diego, California, that blend together some of the most polar opposite of sounds, creating a deliciously amalgamated blend that they themselves have termed CholoGoth. With their debut collection, 2014’s SD Killwave, the pair burst onto a music scene that was ill-prepared for their explosive brand of poetic chaos. Subsequent albums – 2014’s Gothic Summer, 2015’s Young Gods, 2017’s Cursed By Thy Blessings – have only served to propell Leafar Seyer and Dave Parley toward the top of the stratosphere, earning them the respect of the diverse likes of The Cult’s Ian Astbury, Blink-182’s Travis Barker, and world-renowned Tattoo Artist Kat Von D.

With 2017’s Baptism of Thieves, Prayers stepped further into the limelight, continuing to explore new sonic avenues while delving deep within themselves for sincere lyrical inspirations. Vocalist/Lyricist Leafar Seyer recently sat down to discuss all things Prayers, from Baptism of Thieves to what it means to be CholoGoth, working with the lovely Miss Von D and set lists, as well as the pair’s plans for 2018.

CrypticRock.com – In a review of Baptism of Thieves that appeared on CrypticRock, Writer aLfie vera mella stated: “In this age of genre-defying music revolution, rarely does an artist or a group come up with something that breaks boundaries and crosses cultures and surfaces successfully with this fearless flight of sonic styles.” He is dead-on: Prayers are a stand-out offering of uniquely amalgamated sounds. That said, what on Earth influenced you to fuse such polar opposite sonics?

Leafar Seyer – The ever yearning search for identity: discovered through self-exploration, uncovered through self-awareness and life. The life that I once hated because of its unwavering and grueling hands; the hands of oppression and pain. Yet those hands molded and sculpted me into the man I have become. Because of its unforgiving nature, I had to create my own language, my own truth, my own way of seeing myself in a world that wanted to punish me for no reason. I relentlessly fought against my environment day and night without anybody there to love me. I won the fight because today we have CholoGoth! My story is embedded in those words spoken in my songs. 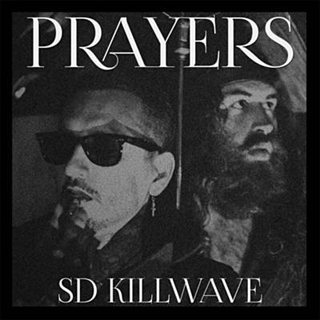 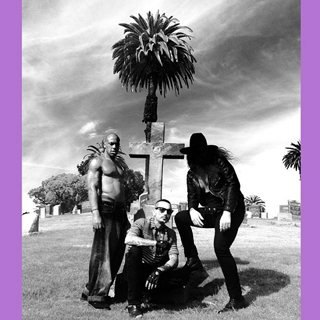 CrypticRock.com – The ability to discover oneself and to transcend the caging boundaries attempted to be set for us by society are special gifts that music gives each of us listeners and lovers. Now, you mentioned “CholoGoth,” which Prayers are billed as often. How does that categorization sit with you?

Leafar Seyer – I’m proud of it because I coined the term. Our genre that I also came up with is Killwave. By the way, I also coined Occultwave [but] that’s before Prayers’ time. Occultwave is a genre I created for my solo project Nite Ritual. Both Occultwave and Killwave were inspired by genres that I grew up listening to, like New Wave, Darkwave, Chillwave and Synthwave. Wave simply implies that we are an Electronic/synthesizer-based group, and Kill [suggests] that our lyrical content is aggressive, confrontational and from the streets of San Diego, California.

When I was asked about our sound/genre, I would answer by saying Killwave and people would respond by saying, “What? What is that?” One day out of the blue, I said it’s like CholoGoth and people instantly connected to it. So I stopped describing our sound as Killwave and we started calling it CholoGoth.

CrypticRock.com – It is wonderful that you, as a musician, still managed to be the driving force behind creating an entire new genre of music for yourself and future CholoGoth artists! Clearly you are doing many things right, as Prayers were personally selected by Ian Astbury to open The Cult’s 2014 U.S. tour, as well as being previously produced by Travis Barker. How inspiring and affirming is this to you, as artists, to have the backing of such modern day luminaries?

Leafar Seyer – It’s humbling and revealing: it says that we are on the right path! No longer lost in the woods of the mind; I stopped asking myself what is my purpose in life. We owe those two men so much.

CrypticRock.com – You have clearly come out of those meandering woods to be baptized into your new life with your most recent offering, Baptism of Thieves, which was released in November 2017. What has the fan and critic reaction been like for this album thus far?

Leafar Seyer – It’s been embraced with open arms! This album has many faces: it’s exactly like me. You see, I’m the type of person who lives multiple realities simultaneously: I’m a nightmare to my enemies; I’m a blessing to my mother; I’m an angel to them and a devil to you; I’m a devil to them and an angel to you.

Every song on Baptism Of Thieves stands alone! Not one song sounds like the other and I’m extremely proud of that. It’s eclectic and unconventional.

CrypticRock.com – Very few artists these days can truly claim that: being both eclectic and unconventional. That takes boldness and balls! Now the album title, Baptism of Thieves, was also the name of a former band of yours, yes? Was the title then a kind of tribute to your past or merely just something that fit the music and sounded great?

Leafar Seyer – Yes, correct!  It’s the name of my first band, Baptism Of Thieves. I wanted to pay tribute to BOT and I also felt that the name worked perfectly for this album. Because there are so many different musical styles in this album yet the content/substance hasn’t changed. “Thieves” – we’ve taken different techniques  – and “Baptism” made them our own. 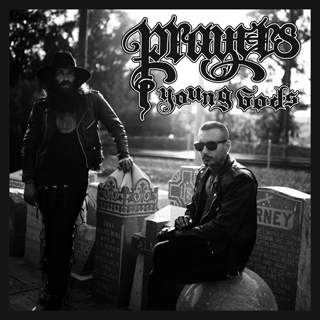 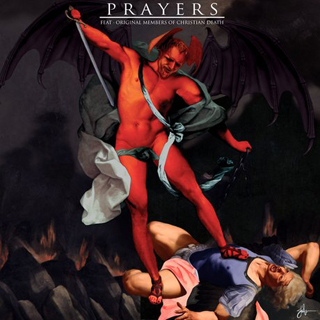 CrypticRock.com – There is nothing wrong with this form of thieving, that is for sure! Now, the album runs the gamut from Gangsta Rap to Depeche Mode-esque sensibilities, including Synthpop sounds that feel dance-floor ready. What inspired you musically and lyrically for the collection?

Leafar Seyer – New Order was the inspiration behind the sound. The lyrics are my futile attempt of making amends with myself; picking up the pieces of my life just to break it again.

CrypticRock.com – Clearly, you have a very poetic sense about you, Leafar. Now let’s talk “Black Leather,” which features Kat Von D in a rather sensual, vocal-offering. How did this particular collaboration come about?

Leafar Seyer – Through Travis Barker, he introduced us. I was talking to him about a music video idea that I had for a song and he thought Kat would be great for the video – I agreed. Her and I met, discussed the idea for the video and she liked it. So during the music video’s creative process, I had started writing “Black Leather.” I shared the music with her and asked if she would sing on it with me and she said yes!

CrypticRock.com – That is truly awesome and another feather in the cap of Prayers to have her involved with your music, as she is a superbly-talented and very busy lady. Now, what are some of your personal favorite tracks on the record? Which songs do you most look forward to adding to your live set? 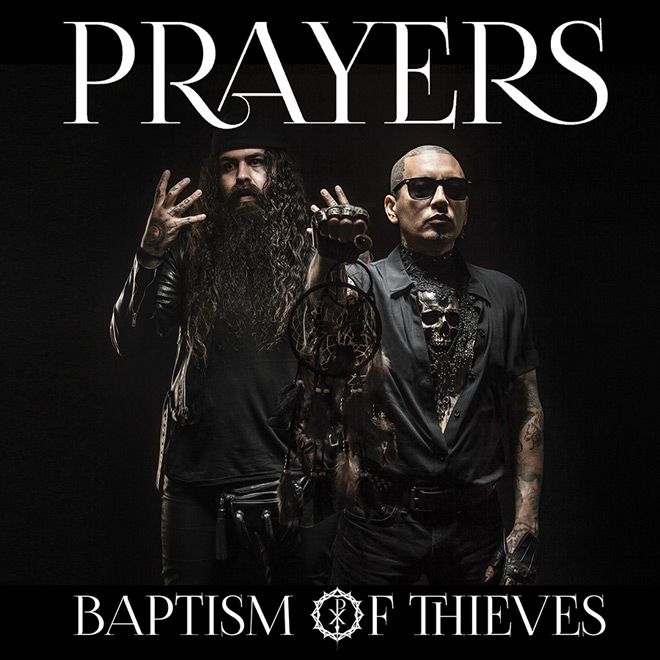 CrypticRock.com – All excellent selections that surely get the fans’ energy amped up. Speaking of your fans, should we expect to see Prayers on the road in support of Baptism of Thieves soon?

Leafar Seyer – Yes, definitely. We just did a short run in support of BOT last December. In 2018, we are planning on touring BOT outside of the United States.

CrypticRock.com – Your overseas fans will be especially elated to hear that! To kind of follow that up, what can all of your fans, domestic and foreign, expect from Prayers throughout the year ahead?

Leafar Seyer – We came here to disrupt the status quo through vulnerability, self-awareness, and the breaking of stereotypes. So, they can expect pure disruption from us!

CrypticRock.com – Chaos always tastes delicious in musical form! Last question. At CrypticRock, we feature music as well as films, especially those in the Horror and Sci-Fi genres. Are you a fan of either genre, and, if so, what are some of your favorite Horror and/or Sci-Fi films? 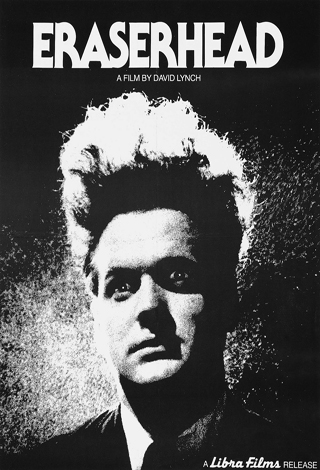 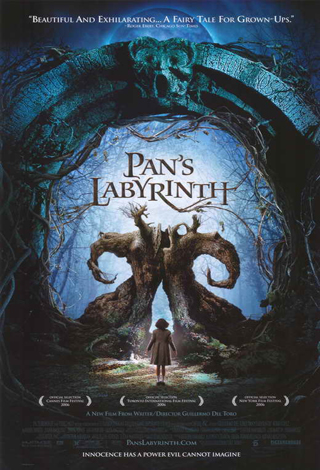