The lead singer and lyricist of Redlight King, Mark Kasprzyk aka M. Rivers delves completely into each project he is involved with. Pulling inspiration from various point in his life to deliver music that is inherently authentic, this approach found their 2011 debut album Something for the Pain and 2013’s Irons In the Fire both at peak chart positions. Known by the masses for memorable singles such as “Old Man,” as well as “Bullet in My Hand,” M. Rivers has earned some of his biggest inspirations from lessons and anecdotes given to him by his father, an impact that can be traced to multiple tracks on Redlight King’s forthcoming album Moonshine.

Due out on Friday, October 25th, the long overdue return from Redlight King features a gritty texture behind each song which draws parallels to the highs and lows of the band’s experiences thus far. This, paired with the musical prowess from Guitarist Julian Tomarin, Drummer Mark Goodwin, along with Bassist Brian Weever, make Moonshine a definite depiction of the band’s dedication to sound and storytelling, weaving intricate tales for all to hear. Anxious to talk about it all M. Rivers sat down to go over the new album’s intricacies, past work, and a whole lot more.

Cryptic Rock – Redlight King has been established for a decade now and in that time you have had a good deal of success with two chart topping albums. Through the ups and downs, how would you describe the journey of the band to this point?

M. Rivers – The success for us is in the process and less about the result. The journey has been both difficult and trivial.  While we have enjoyed moments of success, we have learned that the quality of the music, the compassion, commitment and delivery of such is of upmost importance. We don’t come from money, so at the end of the day we are a hard working blue collar band that has a voice for the working class people in this world. No amount of success will change the position of the people we represent, which in the end is perhaps the largest demographic we could hope for.

Cryptic Rock – This is definitely an element that is represented in your music and how you carry yourselves on and off stage. You are set to return with Moonshine, your first full-length LP in 6 years. In what ways does Moonshine differ from your previous work?

M. Rivers – It certainly doesn’t feel like 6 years, we have been playing and touring throughout that time with an independent EP release. I started to build a solo project and expanded as an artist and experimented creatively, so I do not feel as though I personally was unproductive. When it comes to a band, you are dealing with four people’s lives and the uncertainties that go along with them.

This new album is an extension of all of our personalities and the evolution as creatives. I’m excited to make something different, something super creative and expansive where a listener can go deep into the record and spend time with music, much like an album created in the ’70s where peoples outlet and attention was focused on the intent and complete vision. Too often, people give a song 10 or 20 seconds and skip past it. That’s frustrating for a person who has invested so much time and thought into its existence.

Cryptic Rock – The dedication to the ’70s aesthetics are something that is very evident, from your imagery to the very tracks on your records. That is also a frustration many artists relating to, as you put so much of your time, body, and soul into what you create. Is there a track on Moonshine that you’re particularly proud of? Why?

M. Rivers – I’m proud of them all.  It is a complete LP. To myself and my bandmates, it is the best work we have ever done. Again, the result is less important, however I believe over time, it will be recognized and appreciated by many.

Cryptic Rock – Understood, it’s kind of like picking your ‘favorite kid,’ right? Did you guys do anything different to prepare for this record than you did for previous ones?

M. Rivers – We really focused on the songs, arrangements and individual parts.  Lyrically, there were no throw aways, no cliché moments, nothing to give us an icky feeling. It was thought out but not overly calculated. I’m so proud of everyone’s effort, and a special special mention to my best friend and mentor Jimmy Messer, for directing us and giving us a new perspective on our voice.

Cryptic Rock- Speaking of influences and direction, this brings us to the next question. Among some of your influences are John Lee Hooker, Little Walter and B.B. King. Is there any evidence of those influences on the newest record or did you pull inspiration from other areas or artists?

M. Rivers – Those were early influences.  This record, I feel like, The Stooges, Curtis Mayfield, Ray Charles, The Clash, The Rolling Stones, AC/DC, early Aerosmith, Bill Withers, Bruce Springsteen, Bob Dylan, Tom Petty, are influential, so if you see a theme of a back and forth nature, you are entering the realm of which I was in when I created these songs. I don’t study the songs to deeply, I don’t want to become a copy, I absorb them temporarily, and I believe I can be original and find doors that are unlocked. It’s Rock-n-Roll with a soul backbone, and a thought out lyric that transcends genre and time. I call it Indie Soul. It’s where I have ended up all these years.

And I have to say, there are so many other artists and genres that influence me and inspire me, whether it’s the greats, like Michael Jackson or Prince, the Hip Hop legends like Eric B and Rakim, Nas or Tribe Called Called Quest, or the best live performance of all time in my opinion, James Brown with his band accompanied by Pavarotti and a massive live orchestra playing “It’s a Man’s World.” I’m inspired mostly by moments.

Cryptic Rock – That’s truly incredible. It is fascinating when artists are able to pull inspiration from multiple genres and artists of all types to create a unique sound that, while inspired by something before it, truly is a sound that’s all its own. You have planned to take these new songs on the road, starting with the West Coast. Which songs are you most looking forward to playing live?

M. Rivers – I’m looking to playing the entire new record from front to back. Yes, people want to hear the songs they love and are attached to, but I need something in this relationship also. It is our job to play “the hits” it is our job to show face, and abide to our fans requests, but it also is imperative to move forward and show the evolution in our art and understand that not everyone will resonate with our current artistic view.

Cryptic Rock – It’s definitely a give and take relationship amongst fans and artists. While most, of course, love hearing our all-time faves this gives listeners the chance to form new relationships with the new material. Seeing the songs performed live can definitely solidify that relationship. You have mentioned, “you’re trying to do something great before you die.” In terms of music, what’s ‘something great’? Is there anything on Moonshine that represents that for you?

M. Rivers – I’m my own worst critic, and I’m extremely critical of my own work. Having said that, I’m realizing that I have put some really great music out there for people to listen to and embrace. I guess for me, a legacy of music that has a timeless message and integrity is most important regardless of all the bells and whistles that go along with celebrity and success. I’m the definition of the underdog and I will never forget where I came from.

Cryptic Rock – That vibe is apparent from you, and fan get it, that’s why they are able to relate so well to your music. Last question. Beyond music, Cryptic Rock also covers movies, particularly the Horror and Sci-Fi genres. If you are a fan of these genres, do you have any favorites and why?

M. Rivers – I’m a huge Star Wars fan, there perhaps nothing better. Horror was never a big thing for me, but I loved The Exorcist (1973), and Night of the Living Dead (1968). New Horror movies are awesome too, I just saw The Nun (2018) in theater and loved it.  But ya, I’m a huge Sci-Fi fan… perhaps my dream would be to have a cameo in a Star Wars movie. 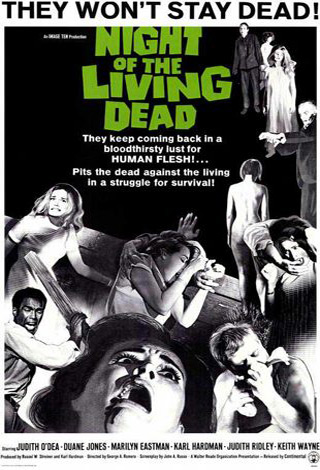 Interview – Jacoby Shaddix of Papa Roach Interview – Chantal Kreviazuk & Raine Maida Talk Music and Life
Like the in-depth, diverse coverage of Cryptic Rock? Help us in support to keep the magazine going strong for years to come with a small donation.

A sorority girl with an insatiable love for horror, a goth Elle Woods if you will. Likes include: Ice Nine Kills, the prom scene in Carrie, and taking Halloween too seriously.