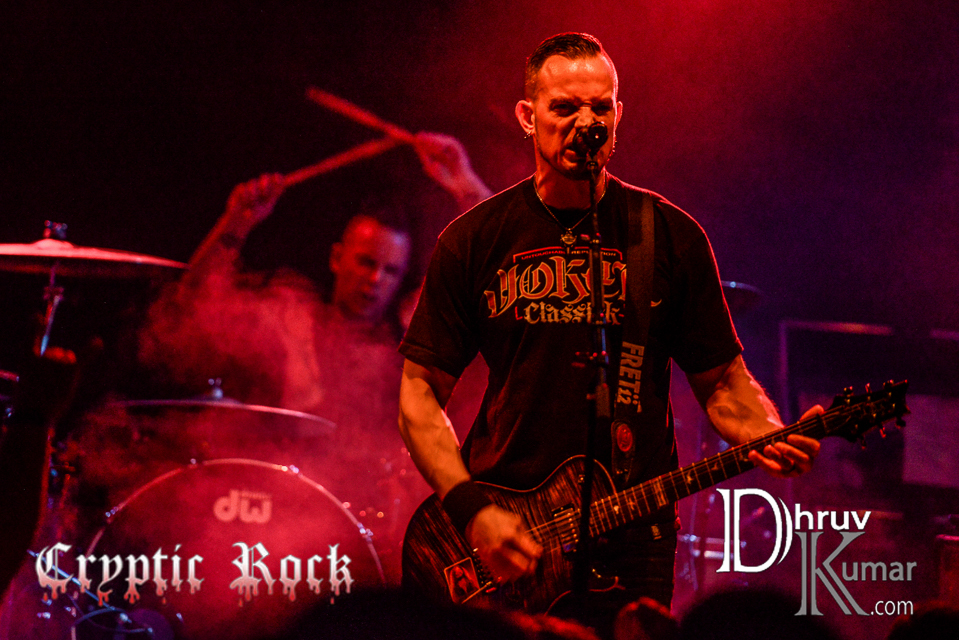 Some musicians’ creative inspiration runs so deep that it overflow from their premiere outlets to others. Becoming a massive success early on with multi-platinum Hard Rock band Creed, then forging new stardom with Alter Bridge, Mark Tremonti continues to raise eyebrows over two decades after his first introduction to the music world. Primarily known for his top-notch guitar playing, Tremonti has always had a love for singing. Finally, after years of constantly working Tremonti found the time to take on that dream in 2012 as lead vocalist of his solo project with their debut album All I Was. Interjecting more of his Heavy Metal influence to the tracks, he also wowed audiences with his vocal abilities. Catching many by surprise with the new music, after a busy touring schedule with Alter Bridge, Tremonti returns in 2015 with the sophomore solo album Cauterize. Recently we sat down with the Tremonti for a look into the creation of Cauterize, plans for another solo album, touring, Horror movies, and more.

CrypticRock.com –  You have kept yourself extremely busy over the past two decades; first with Creed, then Alter Bridge. In 2012 you dove into a solo project and released All I was. As we spoke in the past, you stated the solo project was something you were interested in for a while. When did you first realize you wanted to tap into this heavier side of your guitar playing?

Mark Tremonti – Since I was a kid, I grew up listening to Speed and Heavy Metal in general. The bands I was in over the years, it was just was not the style of the band. Therefore I did the solo thing and made sure I got that out of me. It has been part of my plan since I was a kid.

CrypticRock.com – Right, it is great you finally got it going. All I Was is a very solid record from start to finish. One of the most interesting parts of the record, besides how heavy it is, was the fact that you took over lead vocals, opposed to doing backup vocals in the past. How exciting was it for you to be able to take over lead vocals like you did?

Mark Tremonti – It is great. I have been songwriting since I was eleven years old, and vocal melodies to me are the most exciting thing to write. That is what I feel I am strongest at and put the most time into. It is good to be able to sing those melodies. One of the most frustrating things that I have had to deal with my entire career is always just being considered a guitar player. I put most of my time into writing these songs and vocal melodies, and that is what I really get excited about. 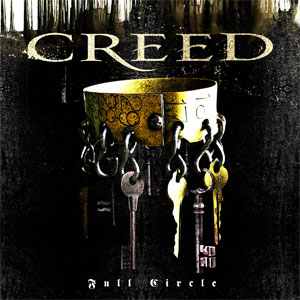 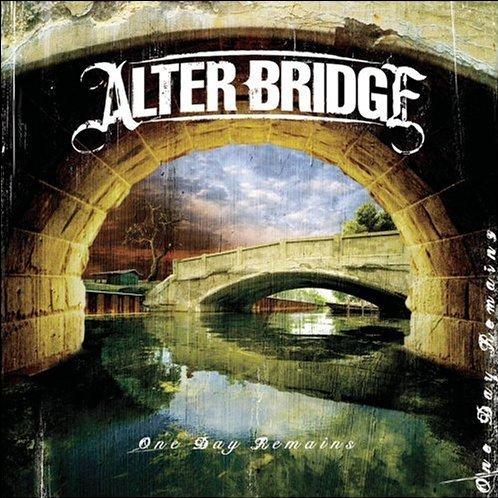 CrypticRock.com – Sometimes people generalize, or they put people in a bubble, and they do not really know the person or what they are about. Like you for instance, like you say, people consider you a guitar player, but a lot of people also did not realize your Heavy Metal influences.

Mark Tremonti – Yes, I have always said in interviews what my influences have been. I think people are just now realizing how that is manifesting now into songs I am recording.  It makes it more obvious.

CrypticRock.com – Absolutely, now you certainly do a fantastic job on the vocals on both the records. Did you taking over on lead vocals take fans by surprise?

Mark Tremonti – I do not think so. Everyone welcomed it very easily and were just excited about it. I think people have heard me sing backup vocals for so long. On the third Alter Bridge album, I did my first lead vocal on “Words Darker Than Their Wings,”  where Myles and I sang back and forth to one another. Then on Fortress, I took the lead vocals on “Waters Rising.” I think people have become accustomed to hearing my voice and are not too surprised when I took the lead role. 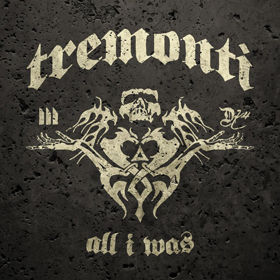 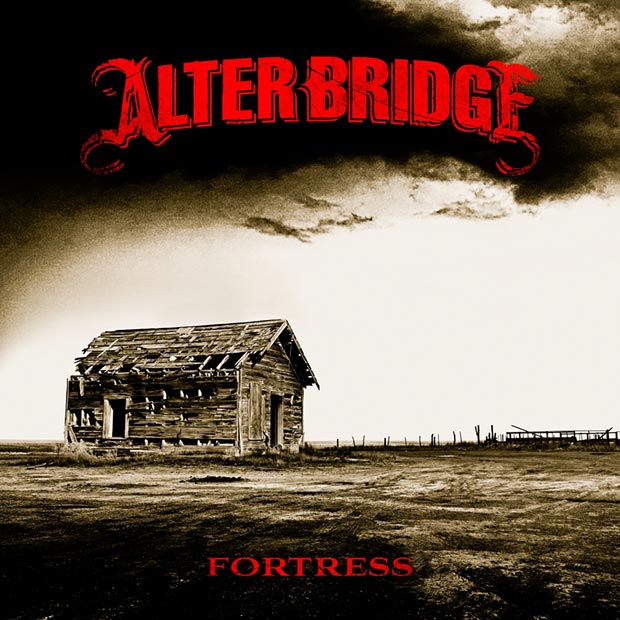 CrypticRock.com –  It certainly has been great that you have had a chance to do so. You recently got off some heavy touring with Alter Bridge over the last couple of years. Now you have a chance to concentrate on the solo material, and you recently offered up your sophomore solo album. What was the writing and recording process like for this new album?

Mark Tremonti – With this new album, we had upped the budget on it, so we had more time in the studio. Before we got to the studio I wanted to make sure we spent a ton of time organizing as many ideas as possible, so we could get in there and record twenty songs. I constantly worried about not being able to record all the ideas that I have written over the years. All I do is write, and the ideas become this mountain of information and work that will never see the light of day. It is great to have this outlet to get these ideas out there. That is why I wanted to record so many songs.

CrypticRock.com – The album is a very dynamic record. It is a progression from the debut album and there are heavier pieces mixed in. With that one record under your belt in 2012, do you feel like maybe you had a clear idea of what direction you wanted to go with this record?

Mark Tremonti – Well, I think one of the biggest things that changed from the first record to the second was I had a year and a half of solo touring experience as a frontman and singer. Your voice changes a lot when you do that. You can sing in your bedroom or your studio  as much as you want and not see much improvement. When you are out there doing it and getting that experience, it really changes the way you approach your vocals as well as changes your skill set. When I got to the studio with this new album, I really wanted to attack the vocals with my new gained confidence and really push as much as I could.

CrypticRock.com – Well it worked out excellent because the record really is solid from beginning to end. Besides the heaviness, it also has a lot a lot of atmosphere as well. You recently had the chance to get out there and tour with your solo band and did some supporting dates, as well as some headlining dates. Now you continue touring with Tremonti through the Summer. What is it like to get on the road with your bandmates around you?

Mark Tremonti – It is awesome, we get up there and attack the space. We love doing it and it just feels great to perform with this band. When we stock up our set list for some of these support dates or festival dates, we can just stock up songs of pure energy.  It is fun to get up there and let loose on stage. It is always a good time. 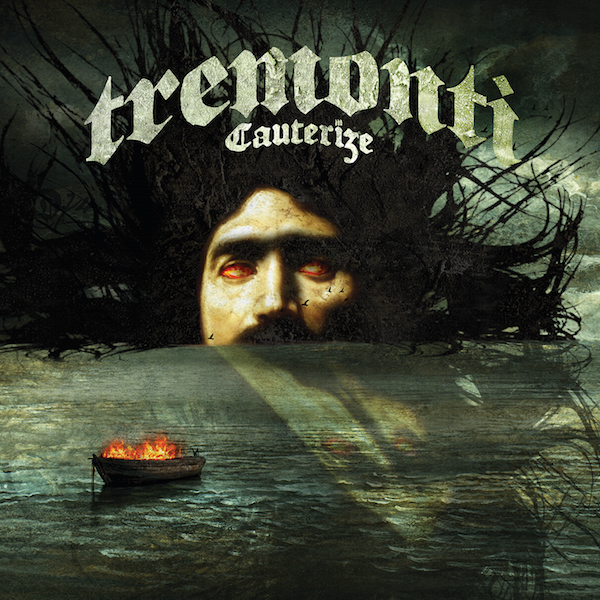 CrypticRock.com – Having a good time is what it is all about. Cauterize is in fact ten tracks, but you mentioned you recorded twenty tracks. Does that mean there will be another album coming out?

Mark Tremonti – Yes, there is another album called Dust that is going to come out as soon as we feel this record is fully digested and we feel like people are eager for another album. We think maybe around Christmas to put the next one out. Then we will start working on new Alter Bridge material in 2016.

CrypticRock.com – Excellent, you are certainly a very busy man.  As a professional musician, do you feel like you cannot sit still sometimes, and you need to be constantly working?

Mark Tremonti – I constantly write, so I just want to be constantly recording and get songs out there. Sometimes, the tours go too long and it gets a little hard; it is tough being away from home. The more I tour, the more I try and get my family out there. That is the toughest thing. If I am working constantly, I feel like I do not have enough home time, so I make sure that is a priority. 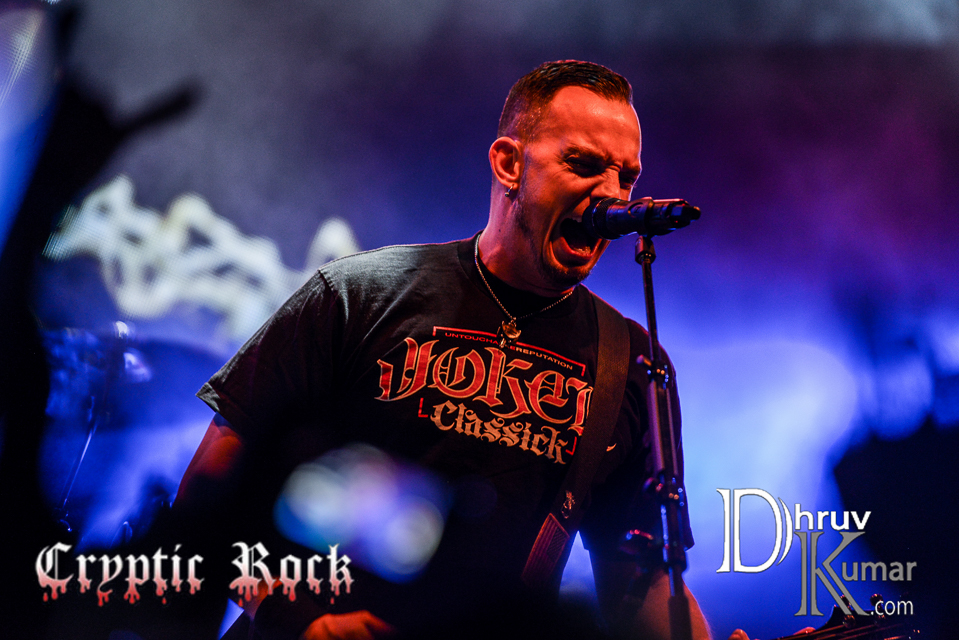 CrypticRock.com – Completely understood. Family is very important. In the past you said you were a big Horror movie fan. With that said, have seen any new Horror movies lately that you enjoyed?

Mark Tremonti – I saw Begotten, that came out in 1991. It is just a black and white film with no words; just imagery and it is really creepy as hell. It is really artsy, but definitely trippy and dark. When I was recording Cauterize in the studio, I saw again with no audio, because we were recording, but they constantly have Horror movies playing in the background, and I watched The Conjuring (2013). It is tough for me to watch a lot of new Horror movie and really get into them nowadays. A lot of them, it seems like they make for thirteen or fourteen year old kids these days. I did hear Babadook (2014) is very good. I have not seen it yet. It Follows is suppose to be very good.

CrypticRock.com – It Follows is supposed to be very good. Have you had any interest in the new Poltergeist?

Mark Tremonti – I love the original Poltergeist (1982). With most movies, I should not be like this, but I think it is not going to be as good as the original. However, I went to see Mad Max: Fury Road  just recently. When I saw the previews, I thought it was just way over the top, then I went to see it, and I loved it. I will give the new Poltergeist a chance.

CrypticRock.com – It should be interesting to check out. You are in fact a fan of The Walking Dead. Are you all caught up on Season Five yet?

Mark Tremonti – I think I am in the middle of the last season. When I go on tour I will have to watch it. My wife and I watch it together, so when I am on tour I will watch it with her. There is one show which takes precedence over that which is Game of Thrones, and I am trying to catch up. We are about two episodes from being caught up with that, then we will get back into The Walking Dead again.

CrypticRock.com –The Walking Dead is really a phenomenal series with great character development. You have stated that you are a Zombie film fan, so a whole series of this type of story is fantastic.

Mark Tremonti – Yes, it is done really well. I would hope George Romero and the old school guys would really have good things to say about it. 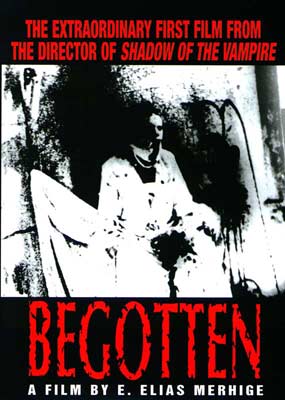 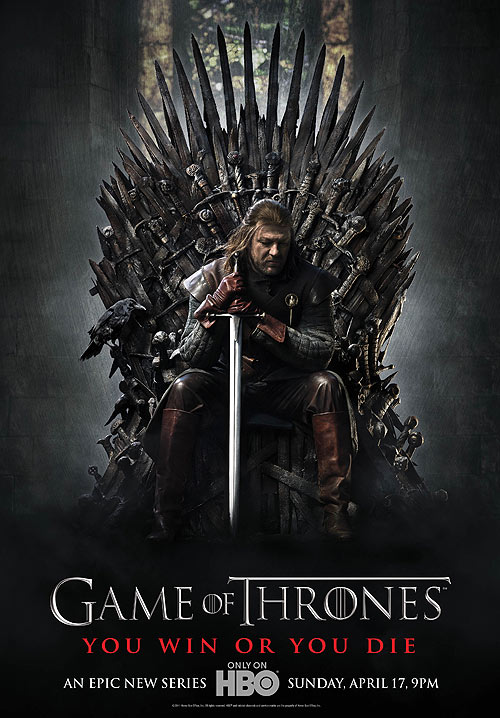 CrypticRock.com – Yes, people who are not even Horror fans really love the series because of the character development.

Mark Tremonti –  Just like my wife, she said she would not watch it because it was zombies, but as soon as she watches two or three episodes she changes her mind. I am glad it is taking over from all the cheesy Vampire films that were out there.

CrypticRock.com – That trend was getting insane. Although, the Zombie thing has kind of taken over and it has been getting a little cheesy as well. It seems like every major network has their own Zombie show now, and some of them are pretty substandard.

Mark Tremonti – Yes, I have seen a couple of trailers myself and it is just ridiculous. It is the same thing in the music business though. You have a band that does well, then all of a sudden other record companies try and find one that sounds like it. It is just a money grubbing business.