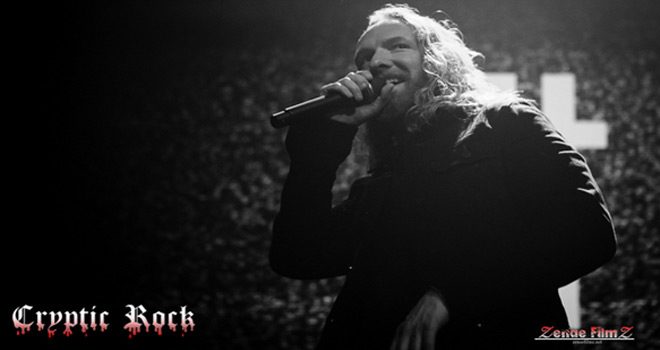 Melodic composition and aggression, when done right, create an emotional tidal wave that can not be denied. Unifying the two in one neatly packed gift for 27 years now, Sweden’s Dark Tranquillity are the unsung heroes of Melodic Death Metal. Dedicated to the subgenre of Heavy Metal that they helped pioneer, Dark Tranquillity has now put out eleven powerful studio albums, including their most recent, 2016’s Atoma. Steering clear of pitfalls of drawing up blueprints for the same record over and over, the band has shown no fear with experimentation, making each textural and potent. Not always an easy task to keep inspiration fresh, recently Lead Vocalist/Lyricist Mikael Stanne sat down to talk the drive behind the band after all these years, the work that went into Atoma, the passion behind the songs, and much more.

CrypticRock.com – Last we spoke, in 2015, the band had completed a North American Tour with Insominum. At the time, you mentioned the band had a ton of ideas, but no songs completed yet. With that said, what has the last year and half been like for Dark Tranquillity?

Mikael Stanne – It has been intense and a lot of work. We had a lot of ideas and melodies, but really didn’t know what to do with it. I think the hardest part was figuring out what are these songs going to be about. We had all the material and we could have put it all together and called it an album, but we didn’t want to do that. It took some time to go through everything and figure out what we wanted to do with it. We started making demos somewhere around last November or December. Just simply demos. We started to figure out where the record would go and building it.

It turns out even though we have been doing this for 27 years, it doesn’t get easier. It is just more difficult to come up with something you still feel strongly about. I guess you do get jaded somehow to find that spark of creativity again. That was the thing that was taking the longest time, but once we got started we had all the basic song structures. Then we started working in January and started recording something in April and went all the way through June.

CrypticRock.com – It sounds like it was a lot of work, but it worked well. As we had spoken, Dark Tranquillity has broadened their sound from album to album. Construct was a very dark record for the band. The new record is also dark, but in a different way. This record sees you mixing in clean vocals with the Death Metal vocals again. This is a style that alternates from album to album. Do the songs contained determine the vocal approach?

Mikael Stanne – It comes naturally. The stuff we did on Construct opened up things we could do. The way we wrote that album opened up possibilities to experiment. When we were demoing these songs, I realized there were actually a lot of parts where clean vocals would be better. It is just a natural process basically. It is not like we plan it out. Whenever Andres writes a song maybe he had that in mind, but I don’t really want to know what the other guys are planning with the songs they write. That way it is a more natural thing for me to add my screams. 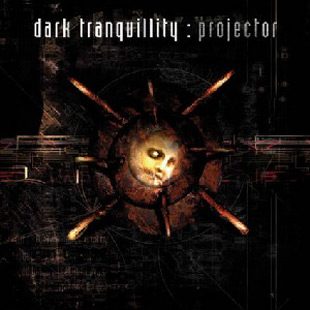 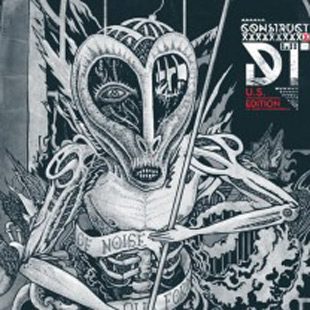 CrypticRock.com – That makes sense, to want to let it flow naturally. Your clean vocal style was first displayed most explicitly on 1999’s Projector album and been used on a variety of releases. How did you develop this side of your voice?

Mikael Stanne – I don’t know. It is just something I enjoy, I love singing and screaming equally. It is something we experimented even on Skydancer back in 1993. It is a good way to express a different emotional side. Some of the songs need a different kind of voice for the message that is involved. It is just a challenge and it is something I’m always conscious of. I think, “Can we pull this off? Will this benefit the actual song?” I never want to do it for the wrong reasons. I don’t want to do a clean chorus just because that would be more acceptable, it is not really about that. It is whatever the songs need.

CrypticRock.com – Understood. As stated, Atoma is also a very dark record, but with different textures from Construct. There is a sense of sorrow amidst the songs. What was the underlying theme behind the new record?

Mikael Stanne – I always view the albums as a time capsule of this is how we feel. This is what goes through my mind when I am awake at night. What makes me frustrated, angry, and sad. All strong emotions that I think that is suited for our kind of music, this extreme form of expression that is kind of required for these strong emotional themes as well. For me, it is a way for me to get all this out. Of course we have been through a lot as a band, as people, in the last couple of years. Martin Henriksson (one of our original members) left the band, that was really sad and weird. We had to reevaluate who we are, I tried to write a little bit about that.

Of course with the world being what it is today, just trying to make sense of what we do to each other, why there is so much conflict, and why is there so much hate toward other people in the world. Why can’t we be more welcoming, tolerant, and apathetic? It is the things that you live with everyday. Just turn on the TV, see what is going on and try, and figure it out, why is this. Of course I try and not be political, but it is about, for me, to try and understand, as a human, why we are the way that we are. How come we cannot be bigger and better than what we are right now? It kind of frustrates me. That is part of getting old. When you are younger, you didn’t really have to care. 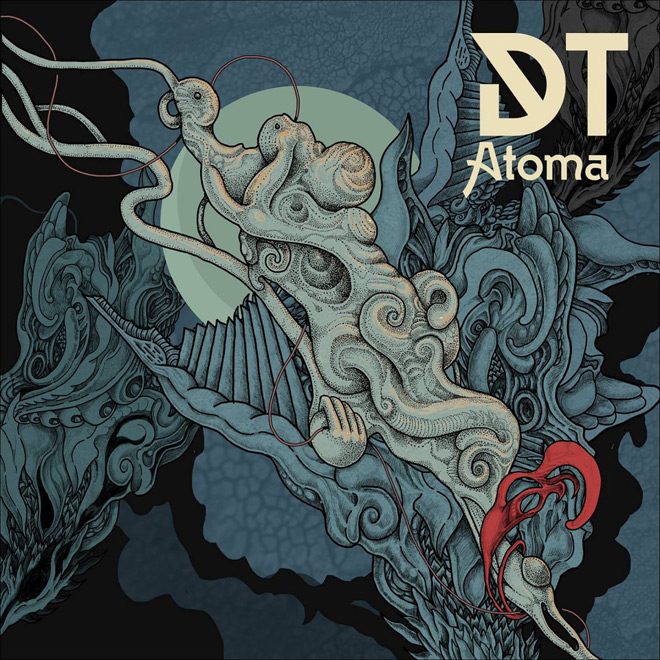 CrypticRock.com – Yes, as you get older you do have a more clear view and care of what is going on. The band is in fact back in the US on tour. You have visited The States quite a few times over the years. How do you find the reception from American fans?

Mikael Stanne – It has been an ongoing affair, we have been with the American people. Ever since the first time, our brand of music and things works here too. It has been amazing, every show we have done. It keeps getting better with more people and cooler venues everywhere. It is something you never really get tired of. It is easy to get weary of touring when you are touring places over and over again. A lot of times, maybe we do not appreciate it the way we should, but America is always still exciting. There is always something to do and really cool cities to play in. We were dying to come back, and now it finally happened, I could not be happier.

CrypticRock.com – Well American fans love Dark Tranquillity as well. You have always come across as a very warm and inviting individual on stage. We always reflect on what the audience feels when watching a live performance, but tell us, what are you feeling when you perform on stage?

Mikael Stanne – I love it. It is something that makes my day. It is really difficult to figure out what to say, how to say it, how to perform it. I try and be very honest and personal in my lyrics. That being communicated, is the greatest thing in the world for me. Just to be able to express myself and scream the things I feel very strongly about; things that freak me out, scare me, or make me angry.

When you actually do that in front of an audience who gets it, that kind of communication and interaction is a beautiful thing. Sometimes you travel for 15 hours to get to a show, you never sleep, you are on the road constantly, you can bitch and moan all you want, but then that one and half hour on stage when you get to do the thing you love the most in front of a crowd, it is just the best thing. It gives me such energy and joy. It is something you get addicted to, an adrenaline rush, and high from screaming that anger out. It is something that is really positive for me. 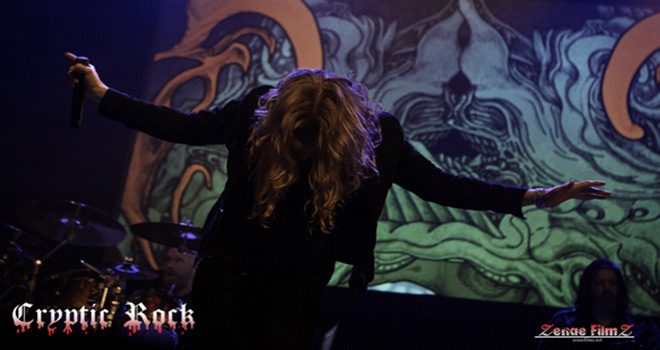 CrypticRock.com – It sounds like a wonderful and healthy form of release. Especially when you are feeding off the crowd’s energy.

Mikael Stanne – Yes, I guess you do. It is sort of a cliche, but definitely do. Not every day is like that, sometimes you just go to work. I always try and find something that gets me going. Sometimes it is the way everything sounds on stage, sometimes it is two guys in the audience who are super into it, and you feed off that. Every night is different. Some of these new songs are really exciting.

CrypticRock.com – Yes, and Atoma is really a strong record. It will be exciting to see what people think as they continue to hear them live. My last question for you is pertaining to movies. I know you are a big fan of Horror films.

Mikael Stanne – Yes! I saw Goblin twice in Holland last April. They scored Deep Red (1976) live, it was incredible and I loved it. I know John Carpenter is doing a live thing and I am freaked out I am not there to see it. I think Horror is one of my favorite genres of movies. I really do not follow that much of what is going on right now. There is so much new stuff coming out and I can’t really keep track. I always kind of go back to more obscure stuff. Almost every Sunday, one of my friends has a movie club. I have been a part of it for 25 years now and we always watch obscure, crazy, insane movies with a couple of beers and shitty food in a home theater that seats around 25. It is something that used to be part of Death Metal, to write about Horror themed lyrics. I never got into it myself, but I love reading that kind of stuff. I think that is part of the reason I got into Death Metal. I thought all the gory and nasty lyrics were just hilarious. 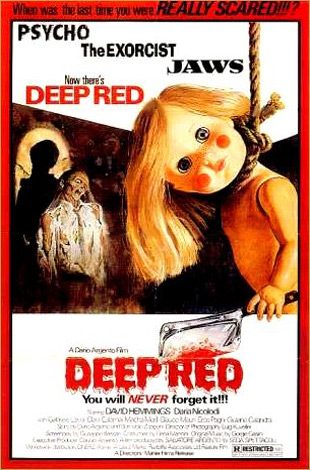 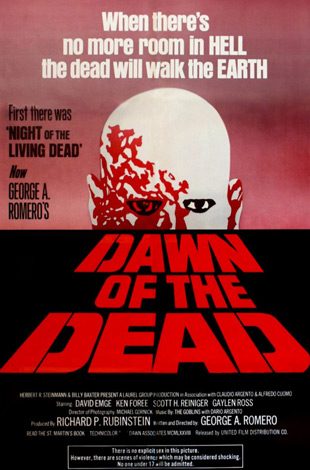 CrypticRock.com – Absolutely. You are a big fan of Italian Horror cinema. You seem to have a good knowledge of some of the obscure ones. Do you have any favorites?

Mikael Stanne – I watch a lot of Asian Horror movies. I love the Japanese Tetsuo: The Iron Man (1989), it is one of my all-time classic favorites. It is just so bizarre and it freaks you out on such a weird level. You just don’t know what is going on and you can’t even wrap your mind around how that movie would be made. I am kind of the same when it comes to music, I listen to stuff I just don’t understand. That makes it more exciting. When there is something so unique and out there that you cannot grasp it, that is what draws me in the most.