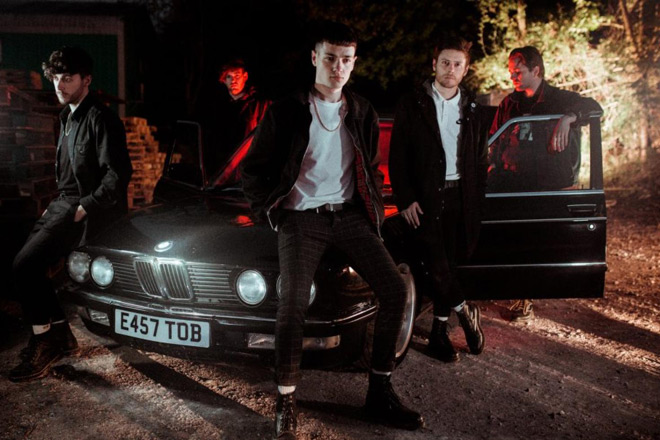 The formula for success is never alike for any two bands. However, in the case of England’s Boston Manor, friendship has been the key. Formed in 2013 out of the ashes of former projects, the 5 members of Boston Manor united to embark on their our journey, soon signing on with Pure Noise Records and touring the USA. Releasing their debut album Be Nothing in 2016, they raised the bar with their 2018 follow-up Welcome to the Neighbourhood – an album full of growth, maturity, and a new, diverse sound.

Now a full year later, they continue to ride high in support of the album with singles such as “Halo” breaking into SiriusXM’s Octane Big ‘Uns Countdown several times and their first ever full headlining tour across the USA. All in all a great way to wrap up 2019, Guitarist Mike Cunniff took the time to chat about the last 6 years for Boston Manor, the work they put into Welcome to the Neighbourhood, plus much more.

Cryptic Rock – Boston Manor has been together for 6 years now. In that time, you have released 2 albums and toured the world. What has the journey of the band been like thus far?

Mike Cunniff – It’s felt like both the longest and shortest time. We can’t believe we’ve been touring and writing together for 6 years already. Its always so fun to look back and watch old videos and look at old pictures of our formative years. We only just got rid of our first van a few months ago and it was the end of an era. We feel as though we’ve been through a lot together. Its been a lot of hard work but also a lot of fun. Its an easy ride when you get to do all of things you enjoy whilst travelling with your closest friends. In some ways it feels like we’ve only just really begun.

Cryptic Rock – That is great to hear. It sounds like it has been a blast. The band’s sound is a mix of styles. When it all began, was there a particular direction you had in mind for the music, or did it just come together as you went?

Mike Cunniff – We decided that when we started this band we’d always make the music that we would want to hear. We started off doing straight up Punk music and continue to challenge ourselves musically. We try to get better at our craft every day and we’ve learnt a lot along the way. We just wanted to be our own favorite band in a way. We have such a variety of musical influences that shines through especially on our newest release Welcome To The Neighbourhood and we want to explore different areas and realms of music outside of our comfort zone. There’s just so much we want to do that I doubt we’d ever put the same album out twice. 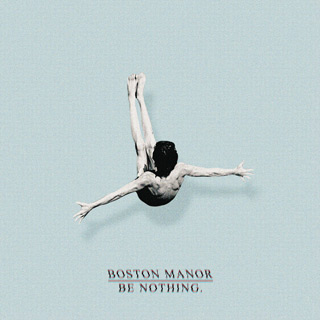 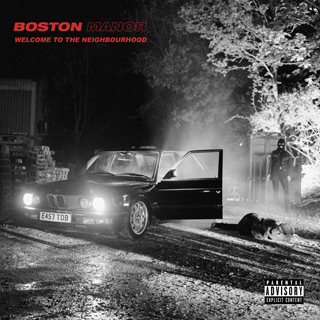 Cryptic Rock – It is a good thing to keep trying new things and challenging yourself. Speaking of the newest album, 2018’s Welcome to the Neighbourhood is a slightly different direction than your previous work. What was the writing and recording process like?

Mike Cunniff – I think one of the key pivotal points was including electronic elements such as synthesizers and drum machines in our new songs and realizing that the possibilities are completely endless. We’re lucky to have so much freedom to create and we always want to try to make music outside or our own world and hopefully show something new or something people haven’t heard before. Granted we’re not trying to reinvent the wheel but we’ll have a bloody good go at it. We are also blessed to be able to work with some amazing people such as our Producer Mike Sapone and Engineer Brett Romnes who were instrumental in helping us achieve our vision for Neighbourhood. I guess when there are no limitations its actually a hell of a lot of fun.

As for the lyrical and musical content the record sounds a lot darker. I think that came from constantly looking around us. At humanity and society. Particularly in our home town Blackpool which is a beautiful but very deprived and strange part of our country. This was sort of an analogy to address anywhere in the world where people are marginalized and constantly being underserved, struggling day to day with mental health issues, bullying, addiction, racism, sexual/gender identity and poverty.

Cryptic Rock – The experimentation with sound and the topical lyrics work well together. As mentioned, Welcome to the Neighbourhood is a different album than you have done in the past. How would you describe the evolution of the band’s sound?

Mike Cunniff – We’re constantly learning and growing as people and musicians and I think that comes across in our music and evolution. The sound of Be Nothing (2016) might be slightly juvenile in a sense where you’re still young and trying to find your identity and place in the world whereas Neighbourhood is a lot more mature and confident sounding record with a real angst and pissed off rage at the current world we live in. We feel that we found a lot of our own identity and sound in Neighbourhood and I think that comes across.

Cryptic Rock – Absolutely. Breaking into the North American market can be tough, but Boston Manor has been doing pretty well. That said, your track “Halo” has gotten a lot of attention on SiriusXM’s Octane. Additionally you released the new single “Liquid” back in June. How exciting is it to see these tracks in such heavy rotation?

Mike Cunniff – It was pretty mind blowing to see these tracks on US radio and its definitely helped us found a new audience. A lot of people that came to see us play at some of the big US festivals this year were new fans who had heard us on Octane so we’re super grateful they picked up the tracks. 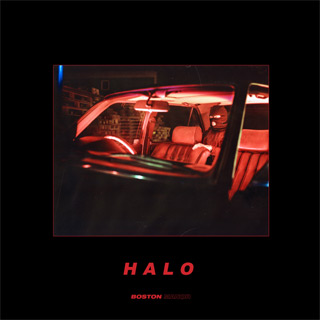 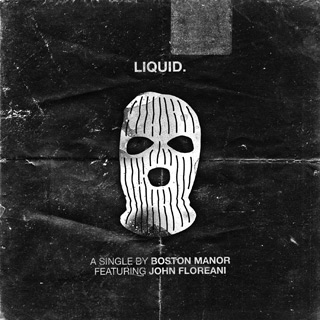 Cryptic Rock – That is great to hear. The band has spent a good deal of 2019 on the road. Touring the US earlier in the year, you recently completed a European tour before returning to the US for your first full headlining tour. How excited are you for these shows through the end of 2019?

Mike Cunniff – We were especially excited to get back out to Europe. We’ve had such positive experiences out there and the crowds seem to be getting a little busier with a lot of familiar faces. With all the US touring we feel like we don’t make it out to Europe as much as we’d like so its going to be an absolute pleasure to be back and headlining shows out there. We feel like we’ve made such a genuine connection with our fans at this point and Europe still absolutely loves Rock music. We took out some awesome bands too like Modern Error and Gender Roles (UK only).

We’re also doing our first full US headliner now! We’ve been touring the US for a few years now and it feels like its finally the right time to do a full headliner. It’s pretty unbelievable really. We’ve chosen some of our favorite bands and friends to come with us Microwave, Heart Attack Man and Selfish Things.

Cryptic Rock – Awesome, and that tour is going on right now through December 20th. Being on the road can be tough, especially when you are so far from home. What is the key for you to keep yourself healthy with so much traveling?

Mike Cunniff – We generally try to eat well and stay in shape, but we find that mental health is so important to maintain when you’re away from home for so long. We’re five best friends and we try to look out for one another. 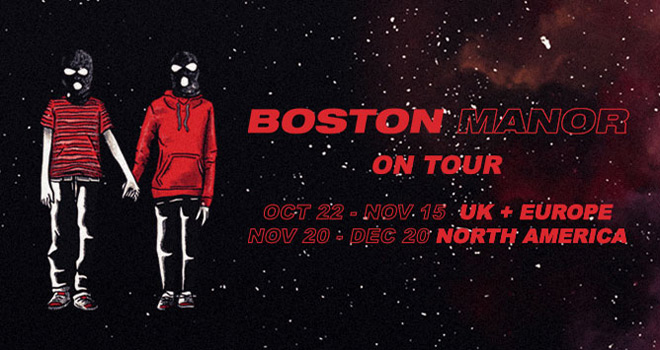 Cryptic Rock – That is good to hear and also very mature. Seeing the band is so diverse, what are some of your musical influences?

Mike Cunniff – The 5 of us have such a broad palate of musical tastes. You can check out a bunch of songs that inspired the writing and recording of Welcome To The Neighbourhood on our Spotify playlist – “Songs That Inspired Welcome To The Neighbourhood.” Some bands that have had a major influence on our sound are Nine Inch Nails, Deftones, Radiohead, Pink Floyd, Nirvana, A Perfect Circle, Oasis, Arctic Monkeys, Failure, Bloc Party and Placebo, as well as a bunch of ’80s and ’90s Pop bands like Duran Duran and Depeche Mode. We also listen to a lot of music sound tracks.

Cryptic Rock – That is a very good mix of older and newer bands. Last question. Beyond music, Cryptic Rock also covers movies, particularly the Horror and Sci-Fi genres. If you are a fan of these genres, do you have any favorites and why?

Mike Cunniff – The Shining (1980) is probably all of our favorite Horror film. Its incredible how the music and the way that its shot really makes you feel so isolated and uncomfortable the entire time. We’re also pretty big film geeks and love reading about all of the secret messages and hidden trivia inside the film like “the impossible window.”

We also love Interstellar (2014)! Especially the soundtrack. I read that Hans Zimmer wrote the majority of the soundtrack to 60BPM to illustrate a ticking clock and the sense of urgency that time is slipping away. Really cool stuff. 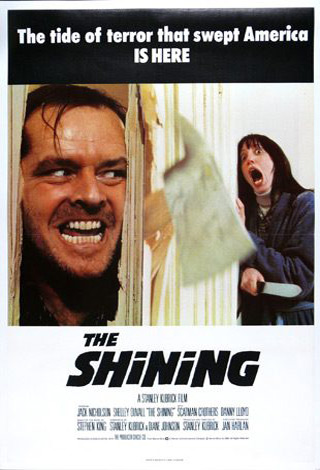 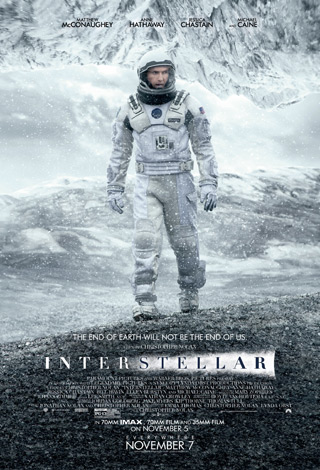 Purchase Welcome to the Neighbourhood: