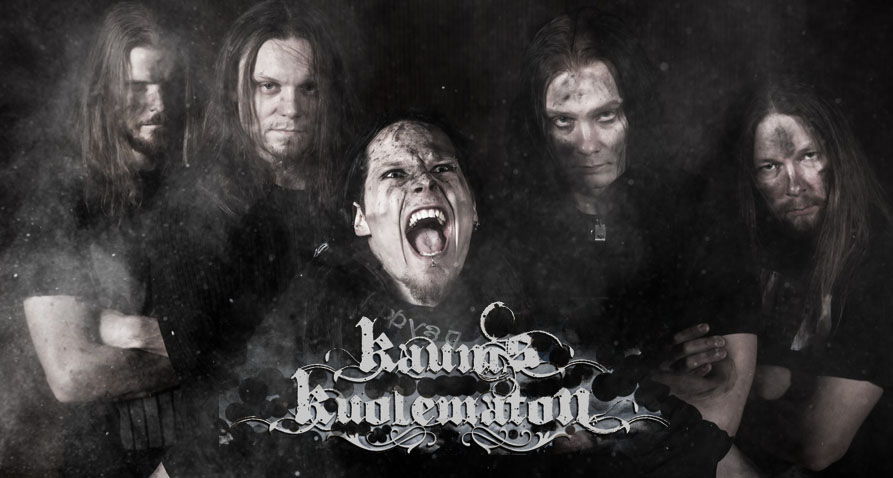 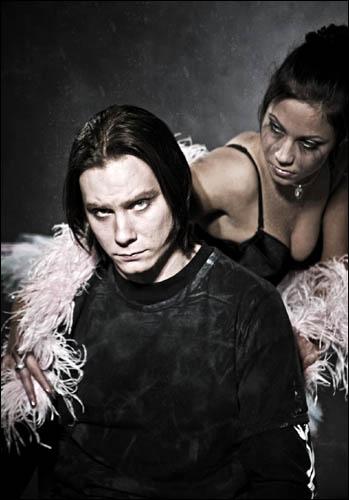 The Finnish metal scene has been reigning for many years with international success of bands such as Children Of Bodom, H.I.M., Apocalyptica, and Nightwish to name a few.  Kaunis Kuolematon is a new Finnish metal band featuring members of Sinamore and Black Sun Aeon.  Recently we sat down with Sinamore vocalist Mikko Heikkilä about his decision to close the chapter on Sinamore and start a new story with  Kaunis Kuolematon.

Crypticrock.com- Hello Mikko, thank you for taking the time to talk with us. Now you have been involved in the Finnish metal scene for over a decade now ranging from playing vocals, guitar, bass, and keyboards. Your newest band is Kaunis Kuolematon. Tell me about this new project?

Mikko Heikkilä- Hi! For a long time I´ve been searching myself what comes to music. Have I been honest for myself in the past, I don´t know, but Kaunis Kuolematon proves to me that now I´m in the place that I can truly stand for. Even I have had many projects/ bands to play with, I’ve never stopped writing music. I had about 5-6 songs in my drawer when I asked Miika and Jarno from Sinamore to jam with me and this way got a larger view for the songs. For us the session was a success and we all got a feeling that we really could create something different from what we had already done for many years with Sinamore. Ville (our second guitarist) is Miika’s workmate, so it was kind of an easy way to ask him to join the band. I’ve also met Ville a couple times at local music places and found him as a great person, so that was more than just a great opportunity to get him in the same band. Saakeli (dark vocal of Kaunis Kuolematon) is little younger than rest of the band members. I read some live review about his own band Encranius and there were many praising words of him. I was thrilled to have a chance to ask him. Everything fits perfectly together and we all are very anxious to show what we are capable of as a whole band.

CrypticRock.com- Kaunis Kuolematon was formed in 2012. Can we expect to hear an album from the band and what can we expect from the album?

Mikko Heikkilä- We released the single “En Ole Mitään”(I’m Nothing) as a summer tune in digital format and it’s free for everyone to download. You can find it on our website http://kauniskuolematon.com and many other sites as well. It’s also available on Spotify, AmazonMp3 and iTunes. The song is the introduction for the debut album and the whole process will start during this summer. Who will release it, how we release it, that we can’t answer yet because we do not have a label, and we need to think carefully about what is a better choice for us and how we should work on that. The single does speak much about the content of the album. We have lots of songs so there’s no problem to create the first masterpiece of Kaunis Kuolematon. We have three songwriters in the band so it will be a very colorful combination of poetry, death, loneliness and Finnish melancholy. 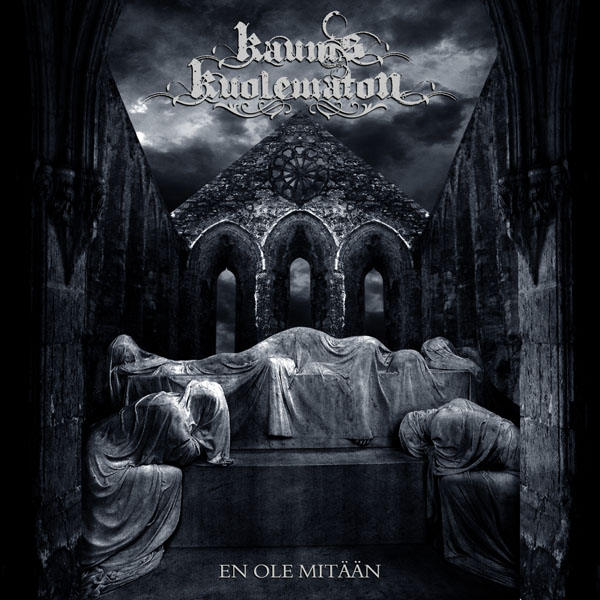 Crypticrock.com- Sounds like the music will be very diverse. Now the singing to Kaunis Kuolematon is shared by Saakeli and yourself. Are all the tracks in Finnish?

Mikko Heikkilä- Yes. That’s the main thing in this band, to be close the home ground. First I wrote English lyrics for five songs but something was missing. I don’t know what was it, but I felt uncomfortable doing it. A few days after, I called Saakeli and asked him if he would be willing to sing in Finnish and then I started to work by the style that was totally new for me. It all came out pretty easy so it was kinda “fun” actually. Now after these three recorded songs we have done so far, I’m sure that we made a right decision to write lyrics in Finnish.

Crypticrock.com- That is important that the writing process was organic. English seems to be the universal language for rock and metal. I personally have no problem with band’s singing in their native language. I find it interesting and great music is great music. Do you feel as if Kaunis Kuolematon songs being Finnish limits the band’s international reach?

Mikko Heikkilä- I have to agree with you. Good music is good music and nothing can change that fact. Fans from other countries have told me how they were inspired by the Finnish language in general. So I see its more like a great opportunity to fulfill yourself as who you are, not as a limit.

Crypticrock.com- That is important to stay true to who you are. What is the main concept around the music in Kaunis Kuolematon?

Crypticrock.com- (laughs) Sounds like a good mix. Most fans internationally know you for your work in the band Sinamore. The last Sinamore album Seven Sins A Second was released in 2007. Sinamore’s work is beloved by many fans. What made you to decide to take a break from Sinamore?

Mikko Heikkilä- Sinamore was the first band for all of us then. It’s really hard to put in words and explain what happened. That was a great experience for us but things changed, people changed. We had our ups and downs and at some point that turned too difficult for me to handle how things were. It wasn’t enjoyable anymore. After Tommi decided to leave the band behind it wasn’t the same band anymore even how we tried… that just didn’t work anymore in a way we wanted. 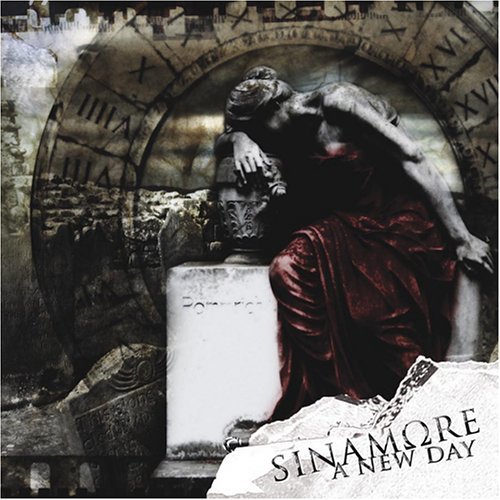 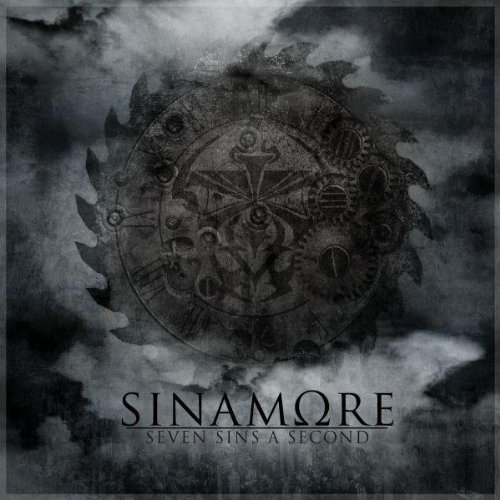 Crypticrock.com- I understand that it can be difficult when a key musician leaves the band. Can fans expect to hear another Sinamore album in the future or is the project dead?

Mikko Heikkilä- We haven’t published any final statement, but it seems that the main thing is now on Kaunis Kuolematon and Sinamore has come to its end. Never say never but that’s how it seems to be.

Crypticrock.com- I imagine you are a music fan yourself. Tell me about some of your musical influences?

Mikko Heikkilä- Nowadays I don’t have any certain bands to follow. Years ago I was into bands like Metallica, Megadeth, Type O Negative, Soilwork etc. I remember when I first heard Metallica’s Black album, I was like “what the hell is this?” and there was no turning back anymore. That’s the most memorable highlight for me. These days I got my influences from basic, ordinary life. Writing songs of human life and dark sides of it by putting my imaging to color the stories. I also believe that every band I have listened to, have affected the sound of music I write.

Crypticrock.com- The Finnish metal scene has quite a few bands which have been successful internationally. H.I.M., Children Of Bodom, Nightwish, Apocalyptica, and Sentenced to name a few. Why do you think Finland has such a strong metal scene?

Mikko Heikkilä- Really hard to say. I have thought about it too without finding any answers. I think you know that Finnish are dark, depressing people. Maybe we find the answers from there? Would that be so simple?

Mikko Heikkilä- I watch movies casually, so I don’t see myself as a fan of any genre. But yes, I do like to watch horror movies too. Last one if I remember, was House At The End Of The Street and had to admit that surprised me. It was a very good movie. I can’t say what would be the best one, but I like Jason style action pretty much!!! PERKELE (The Devil)

Be sure to check out Kaunis Kuolematon at kauniskuolematon.com and like them on facebook. Below is their music video for “Varjo”

Interview – Grandson Interview – Demi Grace
Like the in-depth, diverse coverage of Cryptic Rock? Help us in support to keep the magazine going strong for years to come with a small donation.