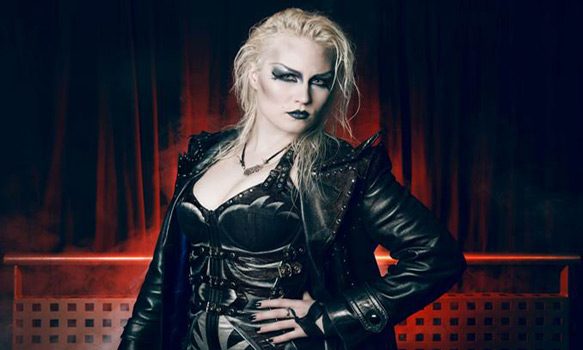 Destiny or luck? No matter one’s personal beliefs, they cannot deny that beyond logic there are unexplainable forces in life. Perhaps a mix of the two, Finnish Heavy Metal band Battle Beast were seeking a new vocalist back in 2012, and low and behold, found the missing piece to their puzzle in Noora Louhimo. A native to southern Finland, from the the city of Tampere, Louhimo aspired to be the front lady of a Rock-n-Roll band since her youth, and now a member of Battle Beast has fulfilled that dream.

Set to release their new studio album, Bringer of Pain, on February 17, 2017, Battle Beast continue their tread upward in the Heavy Metal power rankings. On the precipice of international fame with their debut North American tour set for the Spring of this year, Battle Beast embrace the future with open arms and soaring Metal anthems. Recently we caught up with the personable Louhimo to talk her joining Battle Beast, her love for singing, the excitement surrounding their visit to North America, and much more.

CrypticRock.com – Battle Beast has been established since 2008 and, through the years, has become a leading Heavy Metal act in Finland. Upon taking over as the band’s lead vocalist in 2012, what has your time been like in the band?

This is a dream come true for me, I have always wanted to be an artist and in a band. Of course being the lead vocalist in Battle Beast is a dream come true. I can actually express myself the way I want to, I can be theatrical and do everything as big as I want. It has been great up until this point.

CrypticRock.com – It sounds like it has been a blast. You have since been a part of three full-length albums with Battle Beast, including the forthcoming Bringer of Pain. Would you say the band has a stronger bond now than ever, and you a high level of comfort as the leading voice?

Noora Louhimo – Actually I started listening to Heavy Metal and Rock since I was a little girl. My father used to play Led Zeppelin, AC/DC, and all the best. When I was around 15 or 16 years old, I started listening to Dio and such. That was the first time I heard Iron Maiden, which is my favorite to this day. Actually, I didn’t think when I was 15 or 16 that I would ever be a Heavy Metal singer.

Even though I was singing back then, I already knew at 4 years old I wanted to be some sort of performer. When I was a teenager, I was a more Pop and Bluesy kind of singer. The Blues and Rock came in my life when I was around 19 years old. I began studying more Pop Jazz music and I found my first band, which was called Admiral Octopus. We were playing Janis Joplin, Eric Clapton, and that kind of ’60s-’70s kind of Hippie Rock. I fell in love with Blues back then and started to find my raspy sound through Janis’ music.

After that band broke up, I started pushing myself forward as a solo artist. I was chumming around in different places and, in 2012, Battle Beast found me through YouTube. They found a clip of me singing Janis Joplin, surprise, surprise, and because of that clip I am now in the band. I think Janis Joplin might be some sort of guardian angel for me. 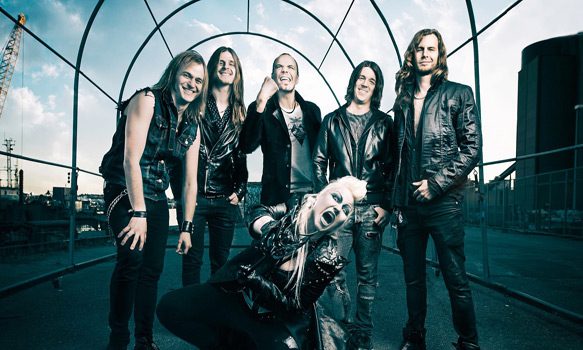 CrypticRock.com – Very cool. It sounds like it has been a natural progression for you as a singer. You never know where life is going to take you.

Noora Louhimo – Yes, you just have to take what life gives you. That is the guideline of my life. Even though I didn’t know the guys, they didn’t know me, they just heard my voice and loved it. They wanted me to be part of it and save their asses because they had booked a tour with Sonata Arctica without a singer (laughs). They had to have someone to sing in the band, the pressure was hard on them. Also, I noticed when I got in, “Oh shit, this is a lot bigger than I could ever figure.” I have always been very interested in any kind of challenge, this was one of them.

I was always working as a musician, but I was in a phase at the time I thought I had seen everything I could in the Blues/Hard Rock scene in my hometown. I wanted to do something bigger and physically express myself more, I felt stuck. This was a dream come true, joining Battle Beast, it was exactly what I needed in my life. Even though I did not know how I would get along with the guys, I liked their music. I had heard it before on the radio, so it was a huge shock when they called me asking if I would like to join the band. 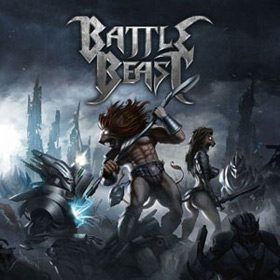 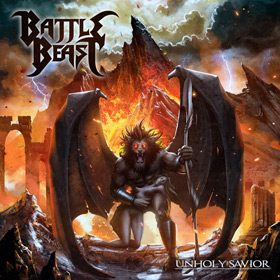 CrypticRock.com – It all worked out for the best. As mentioned, the band’s latest record, Bringer of Pain, is set for release February 17th. What was the writing and recording process like this time around?

Noora Louhimo – Now that I think about it, it was really a great experience overall. Even though we had our ups and downs of course, because you had to give birth to the songs and album. It is never easy, I believe anything that comes easy is not the best it can be. Actually, when the songs were written, some can give birth easily, while others a little more work.

For example, the song “Bringer of Pain” was written by Janne Björkroth and me. I did the melody and lyrics, it was really natural. When I heard the demo without the melody and the lyrics the first time, I just became really excited. I sang the chorus right away and it was really easy. The final version is not so much different from the demos.

CrypticRock.com – It sounds like the work behind the album was exciting. The band’s signature soaring guitar sound is intact within this album, but there are also some new elements introduced into the music. Was it the band’s intent to sort of spread your wings and try new things this time around?

Noora Louhimo – Yes, of course, now we have a totally different situation because we fired our previous songwriter. Now we had the whole band to write songs together for Battle Beast. Now 5 of 6 members were writing songs. Our intention was not necessarily to say, “Hey, this is the new Battle Beast.” Of course now that we had more writers, we knew there would be new elements. Our keyboard player did most of the songs for this album, he also produced the album.

I think there is a new sound, but I have always loved that Battle Beast mixed different genres and we melt everything together with our signature now. It is not as if this is just for true Heavy Metal-heads, or people who like melody, it actually has more Pop influences. That brings us a little broader audience who like a little bit lighter kind of Metal music. I think it is always good when you can reach more people with your music. 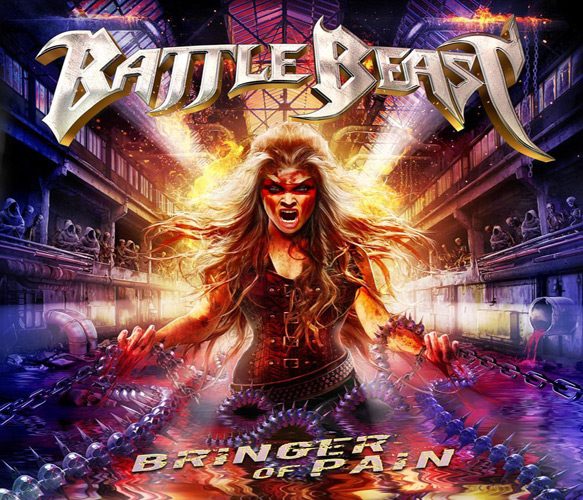 CrypticRock.com – Agreed, compeltely. It is definitely an extremely dynamic album, and it is exciting that it was a more collaborative effort. Now Battle Beast will actually be partaking in their first ever North American tour opening for Sabaton come April into May. How excited are you for this tour?

Noora Louhimo – Yes! I am so excited! We are all really super excited. It has been a long wait for us. There have been many years of people asking us when we were coming to the US. We would tell them we would love to come but it is not depending on us, there is finances and everything that needs to be sorted before getting to tour. What is the best is we are supporting Sabaton, which are some of the greatest guys on earth. We have toured with them before, we know we have a great tour coming. I am really excited.

CrypticRock.com – It will be exciting, and it looks to be a killer lineup of bands. Fans will be really pumped up to finally see Battle Beast.

Noora Louhimo – Yes, and what is best is we get to meet our American fans since this is the first time. I love people, I love to meet and greet anytime it is possible. I have never kept myself as a mystery figure, I actually want to meet and talk to people. That is what I like, I am really excited to get to meet people face to face. 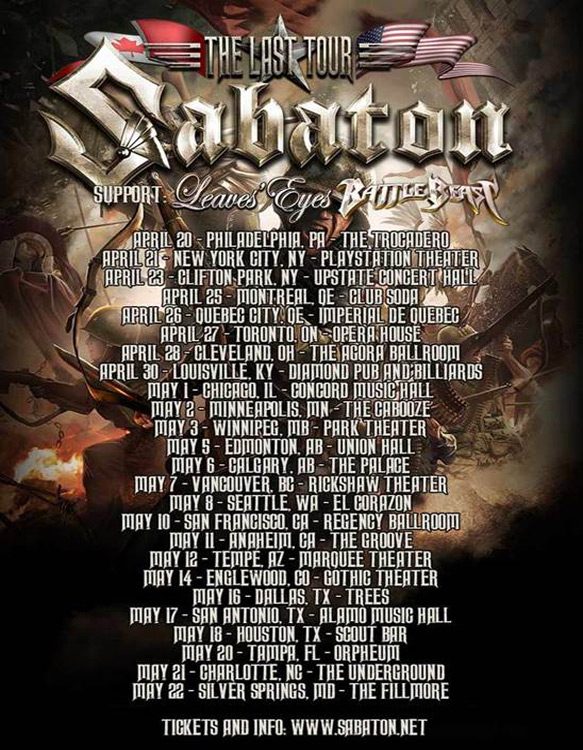 CrypticRock.com – It will be a new and exciting experience for the band, hopefully one of many US tours. My last question for you is pertaining to movies. CrypticRock.com covers music and Horror/Sci-Fi films. If you are a fan of the genres, what are some of your all-time favorites?

Noora Louhimo – I like Japanese Horror movies. I know Americans have done their versions of some of them, but I like the Japanese versions. I like Psychological Thrillers where there is not so much blood and body parts flying. I like when there is a psychological twist. I also like excitement, in Japanese movies, they feel so real. There is also a feeling that there is not necessarily something happening, but the mood comes from the editing, music, and plot. 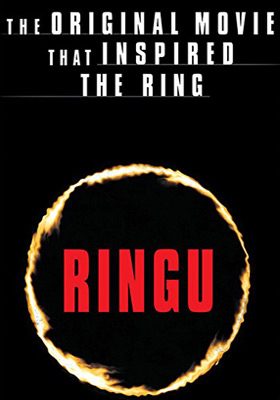 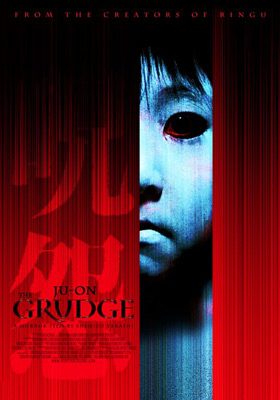