Interview – Pat Kirch of The Maine

The Maine is an alternative rock band from Tempe, Arizona made up of 5 talented members: singer, John O’Callaghan, guitarists, Kennedy Brock and Jared Monaco, bassist, Garrett Nickelsen, and drummer, Pat Kirch. The band formed in 2007 when all of the members were still in high school. Finding their catchy pop-rock sound came easily and the group released their first EP that very same year, The Way We Talk (2007). Soon after, The Maine was chosen to perform on the Vans Warped Tour which led to their full-length debut album, Can’t Stop, Won’t Stop (2008). This release only increased their already growing fan base. In 2010, the band dropped their sophomore album, Black & White (2010), which showcased another side and sound of The Maine. 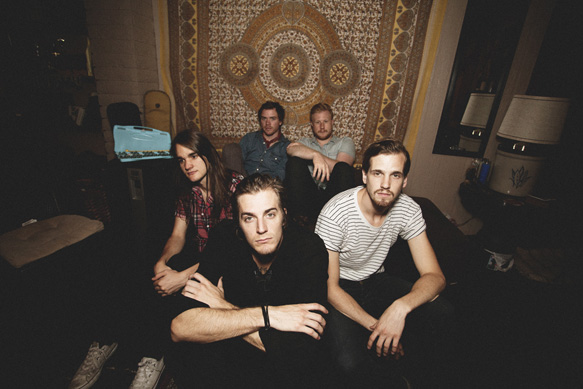 The creative juices continued to flow for the musicians and they put out another new-sounding album in 2011, Pioneer. After another successful album, the band took their time putting out their most recent, Forever Halloween (2013). This is definitely another new sound and edge for The Maine and their fans have welcomed it with open arms. Recently, Crypticrock.com was able to chat with The Maine’s drummer, Pat Kirch, regarding the Forever Halloween release and their current tour with Anberlin. We couldn’t have picked a better time to talk because the band has big plans for their fans this Halloween!

Crypticrock.com – So you’ve been together now for the better part of six years, which is a long time for a band. In that time, you’ve managed to build a strong fan base and have had success with 3 albums in peak positions in Billboard charts. What do you think the key to the band’s growing success is?

Pat Kirch – Well, I don’t know. I wish I knew. I think, hopefully, you know, we work pretty hard. We believe in what we do. You know, we try to treat the people who choose to support our band as good as they do to us by supporting what we do. So I think… I don’t know. I guess maybe we’re just some okay guys and it just kind of happened there. 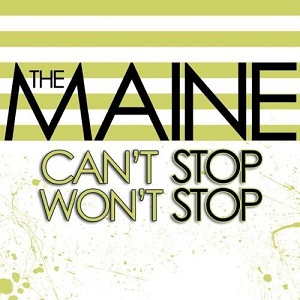 Crypticrock.com – Yeah I think you guys are super relatable to your fans too because you’re young as well. So the band is known for your ability to interact and engage your fans. How important do you find it to keep that relationship with your fans?

Pat Kirch – I mean, it’s very, very important. You know, I think that’s the only thing that hasn’t changed with our band. Each album we make kind of sounds completely different than the next. We’ve been on labels, on major labels, off labels. Everything we’ve done has changed, but we’ve always just had a great relationship with the people who support what we do. I guess, I have a hard time with the word ‘fans,’ just ‘cause, I don’t know, I feel like it’s a bigger thing than that for us. You know, we truly understand we wouldn’t be here without them and we try to put that into action. We put them first in every decision we make as a band. So I mean, it’s the most important thing that we do besides the songs. 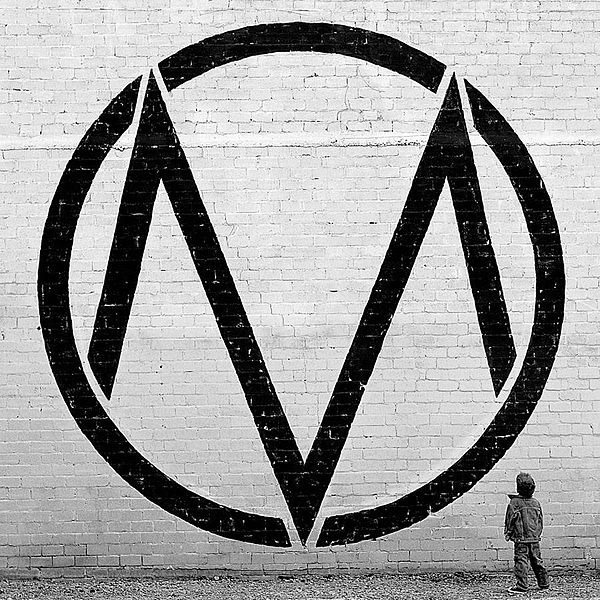 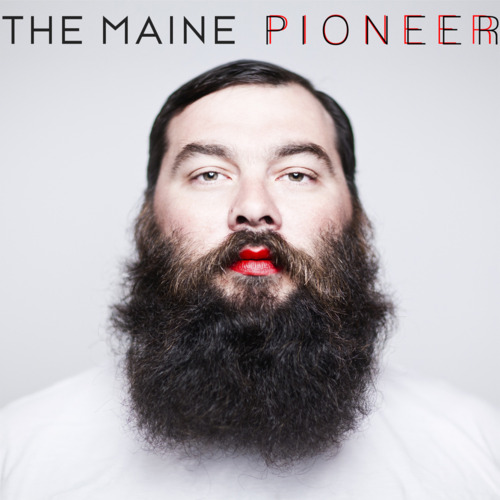 Crypticrock.com – Absolutely. Being one of your fans, that’s really nice to hear so thank you for that. Your newest album Forever Halloween came out in June. The album exemplifies the further progression of the band’s sound. It’s definitely different than your first couple of albums and like you said, you’ve sounded different each album. Can you tell me a little bit about the writing and recording process for this album?

Pat Kirch – Yeah, the writing process was pretty much the same as it’s kind of been the whole time besides maybe on Black & White where we kind of went off a little bit on different processes and stuff. But you know, John comes in with an idea for a song on an acoustic guitar or a piano part and a vocal. And then we just get in a room and we figure it out. We make it a song. And then the recording process on this one is kind of where it all was completely different than anything that we’ve done before. Cause we recorded all together in a room and we all just played together. We didn’t edit a thing. We didn’t record drums and then bass and then guitars. It was just all of them at the same time including like 60% of the vocals that are on the record. We did all the tape. We didn’t edit things or fix things on a computer or any of that stuff. It was just all completely what we played together at the same time as a band. And you know, I think that’s what made the record what it is. 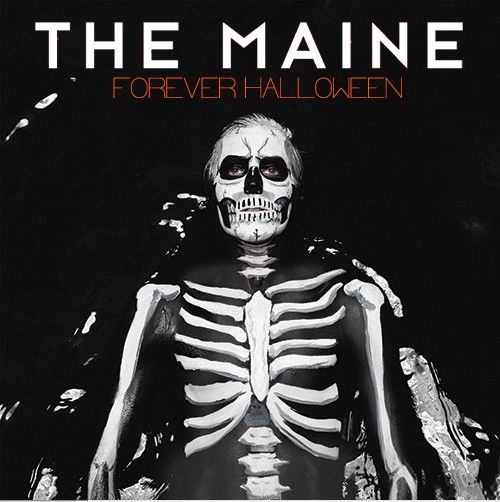 Crypticrock.com – That’s really awesome how that came together. Is there a specific song on Forever Halloween that you connect to the most?

Pat Kirch – Yeah! I’m really proud about the album as a whole, you know. I guess the song “Forever Halloween” itself. That one, I guess maybe is. I change my mind all the time. But I guess right now, I would say that that’s the one I enjoy the most because I think I can kind of hear it from an outside perspective almost because it just changed so much from how I originally heard it in my head. So, it just all kind happened like on the spot. We only did like two takes of that song. And it just kind of is what it is. I think I can hear it kind of from a different perspective.

Crypticrock.com – So now you’re currently on a tour with Anberlin. I know the tour’s going to be winding down in a couple of weeks, but how do you think it’s been going so far?

Pat Kirch – It’s been awesome! It’s great to be out with just an incredible band. Actually all the bands on the tour… the guys in Lydia are some of our best friends and they’re from Arizona as well. From Indian Lakes is an awesome band. It’s cool to be on the road with the bands we enjoy and respect. I’ve been a fan of Anberlin since I was a kid in high school. So that’s cool and it’s great to just be back out on the road and being able to play some more new songs off the record and just being able to talk to the kids who come out every night. It just feels good to be out here.

Crypticrock.com – I saw you guys this past summer; you were great! I’m actually going to one of your shows next week and I’ll be photographing for Crypticrock.com so I’m really excited to see what you have in store this time around! 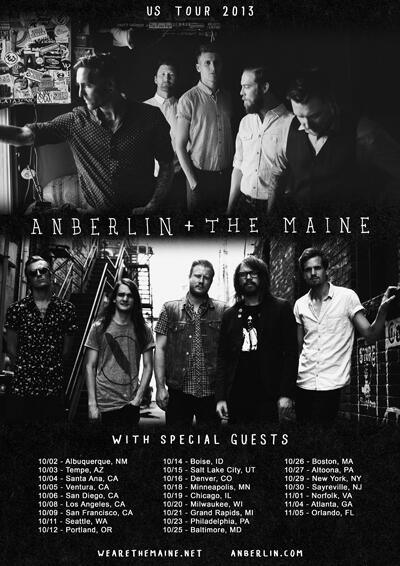 Crypticrock.com – As if the tour with Anberlin isn’t exciting enough, you guys have decided to do a special Halloween show down in Philly teaming up with Fright Factory. How did this come together and what can fans expect from this special event?

Pat Kirch – Um it kind of came about mainly because we didn’t have a show on Halloween and we knew that we wanted to do some kind of event. So we just decided to do something a little different than we’ve ever done before. You know, we partnered up with Fright Factory. So we’re going to be in the haunted house so as the fans come through we’ll be in there and we’ll be people in the haunted house, which I think is pretty cool. And it’s just like something that I haven’t seen anyone else do before. So that’ll be cool. Then we’re going to do a little acoustic set afterwards and just hangout with everybody who came. I’m excited! 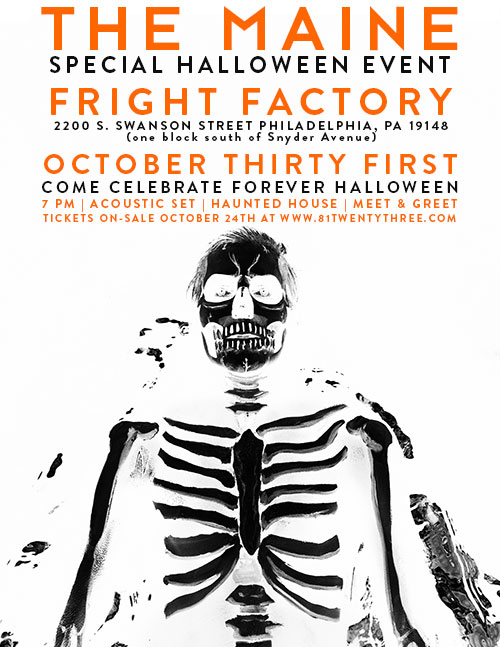 Crypticrock.com – So are you going to be scaring your fans?

Pat Kirch – Yeah! We’ll see if they just like stand there and not think it’s scary at all, but we’re going to do our best!

Crypticrock.com – Well… one of my questions was going to be: ‘What are you dressing up as for Halloween?’ But I guess that’s classified information?

Crypticrock.com – That’s going to be hysterical! So it’s fitting to do a Halloween special event like this with your newest record entitled Forever Halloween, but can I ask you what inspired this Halloween themed title for the album?

Pat Kirch –It didn’t come from the actual holiday in particular. It was kind of the idea that everyone in life can tend to put on a mask and a façade and kind of be something that they’re not and just go through life almost in a costume and being somebody else that they’re not. So a lot of it’s kind of about trying to take that aspect away and just being who you actually are as a person.

Crypticrock.com – Yeah, and I think that’s an amazing message to send out to your fans. So since you guys are finishing up your tour, I was wondering if you guys had any strange rituals that you do when you’re on a tour right before a show?

Pat Kirch – We do this like ‘we like to party’ chant thing. And we like stomp and clap our hands. Um and that’s just ‘cause we actually started doing it making fun of something. I don’t even remember… it was before one of our first shows and we just continued to do it. And so we just kind of feel like if we don’t do it, it’s just going to be a bad show. So yeah, that’s about it.

Crypticrock.com – That’s really funny! So my last question for you is regarding films. Crypticrock.com is a rock/metal and horror news site so we like to focus on all genres. Are you a fan of horror films and if you are, what are your favorite horror films?

Pat Kirch – Oh man! I’m the worst person to ask about that. We’re actually making our own film right now called ‘Ghost 3’ which is just a horrible movie about a guy named Dave who’s from Hell. But Garrett, our bass player, is big into all that stuff. He’s always wearing a Killer Clown From Outer Space shirt. And I think that’s his inspiration behind all these things that we’re doing.

Be sure to check out The Maine on the following tour dates: