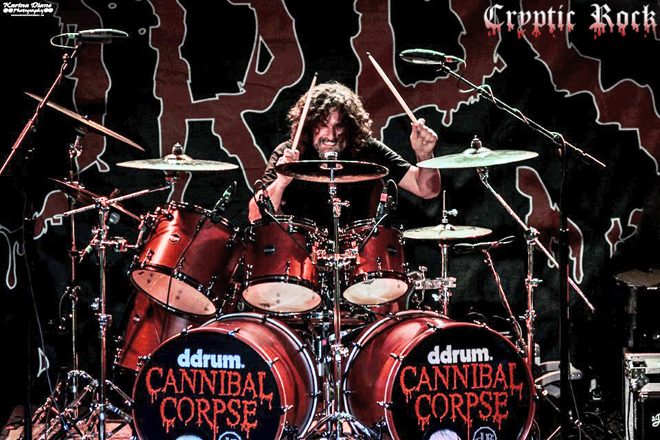 One of the most prolific names in Death Metal is the unfuckwithable Cannibal Corpse. Hailing from all the way up in Buffalo, New York, the veteran band has built an army of fans over the past three decades. From their graphic album covers to their even more graphic song titles, through controversy, Cannibal Corpse has become one of the top-selling Death Metal bands of all-time.

As such, Cannibal Corpse has likely answered every interview question under the sun over the years. So, instead of bothering with fluff, we cut as deep as the knife will go talking to Drummer Paul Mazurkiewicz. Getting right into the meat and muscle of their forthcoming brute Red Before Black, due out November 3, 2017 via longtime label Metal Blade Records, Mazurkiewicz provides insight to the new album, Horror flick talk, plus more.

CrypticRock.com – Cutting right to the chase, what is the meaning behind the album name Red Before Black, and who came up with it, or was it a collective choice?

Paul Mazurkiewicz – I am the one who came up with the name. It woke me up in the middle of the night. We were in the process of brainstorming ideas and coming up with titles. It’s such a basic concept and usage of the words. Blood and death. Red before black, seeing blood before you die. I didn’t know it intrigued me, but it did. I mulled around with it a little bit to see if others liked it, but I really pushed for it because I felt it was very strong and something very different than our previous titles. It’s simple, but effective. 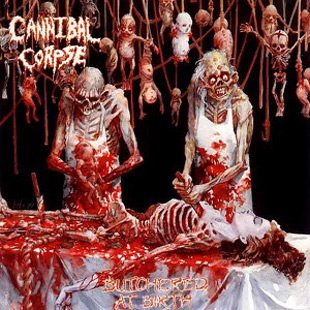 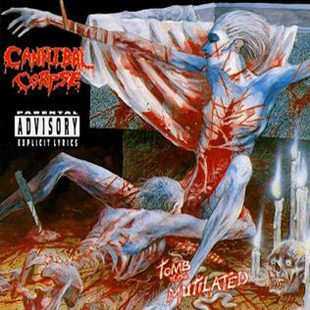 CrypticRock.com – Very interesting! The latest visual taste of the album is the new video for “Code of The Slashers.” Can you talk a little about the inspiration behind the music video?

Paul Mazurkiewicz – You’ll notice we aren’t actually in the video. Which is totally fine. The label wanted to make the video for the song and get it out now. The people that made the video came up with the concept. It’s a great video and fits the lyrical concept and theme of the song really well. We usually don’t try to step on anyone’s creative control in that sense if we aren’t coming up with the concept ourselves. We have ideas of course but they came to us with a great idea and we gave them the stamp of approval and it turned out great. When we saw it we were all like, “WOW, this is definitely a vision we are happy with.”

CrypticRock.com – It certainly came out well and is effective. Speaking of Slashers, what is your favorite Horror film that has come out this year?

Paul Mazurkiewicz – You know, I don’t know. I haven’t seen anything in a few years. I do love Horror and grew up with it being a major part of my life, but as I’ve gotten older I just have not seen a lot of movies these days in any capacity. I’m just not keeping up like I once did (laughs). 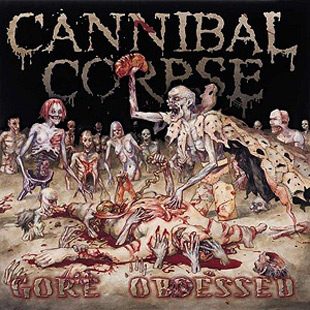 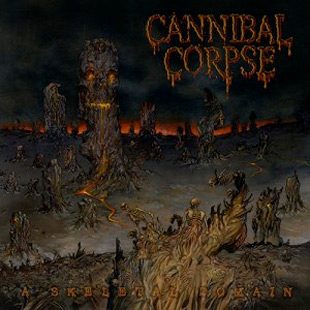 CrypticRock.com – Understandable. Have you happen to seen IT?

Paul Mazurkiewicz – I didn’t, which is funny because my wife was watching the original with my 12 year old daughter and I had never even seen the original IT from 1990! I am sure I will get around to seeing both of them at some point (laughs).

CrypticRock.com – (Laughs) Well everyone is buzzing quite a bit about the 2017 edition of the film. You mentioned that this is the tightest Cannibal Corpse album yet. That said, which drum parts on which single(s) do you love the most on this album and why?

Paul Mazurkiewicz – That’s a great and tough question. I love all the songs and I feel I’ve pushed myself harder than ever before on this record. Overall, if I had to pick one song, I’d say the title track – “Red Before Black.” It is a very busy song for me, it has a lot of fills and rolls which step up a lot more. There’s also “Scavenger Consuming Death,” and “Remained,” which are very busy for me as well. Each song was a challenge and that’s exactly what I wanted. My goal was to look back when we were done with the record and say, “Wow, I really amped up my game,” but I would pick “Red Before Black” as my most challenging, most focused, and most fun to play. 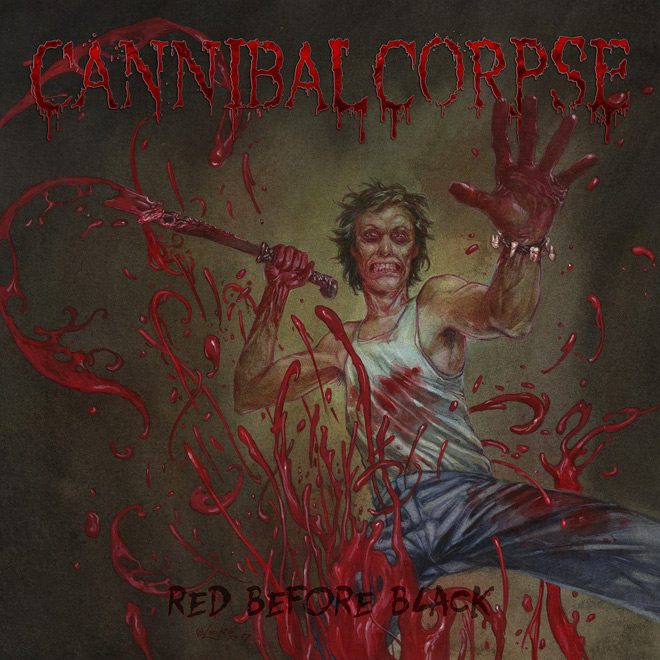 CrypticRock.com – Well, it will be exciting to hear the entire record once it hits on November 3rd. On the road for live shows, what is the one piece of non-obvious gear or accessory on your kit that you absolutely cannot play or practice without?

Paul Mazurkiewicz – There are a lot of times I can’t use my own kit on the road, but no matter where I go, I have to have my pedals. Everything else can be shifted around but the pedals are the ones I want.