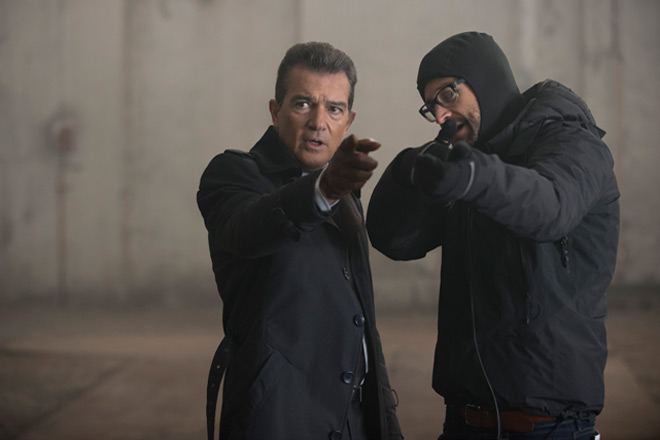 Balance, it is important in every aspect of life. Difficult to achieve, if the right ingredients are distributed properly, magic ensues. Take Paul Solet’s new film Bullet Head as an example, a new Crime Drama featuring an all star cast that includes Antonio Banderas, Adrien Brody, John Malkovich, and Rory Culkin. An intense viewing experience, it not only will leave audiences biting their nails, but begging for more! Working on National Geographic Mars series, as well as 2009’s Grace and 2015’s Dark Summer, Bullet Head is a project close to Solet’s heart. Putting blood, sweat, and tears into the work, the right ‘balance’ is most certainly struck. Anxious for the film’s theatrical release on Fridays December 8, 2017, Solet sat down to talk the work behind the scenes, the emphasis on animals as characters, using locations to his advantage, and much more.

CrypticRock.com – You have been involved in cinema for over a decade now professionally. Studying film in college, first, tell us what inspired your passion for the art?

Paul Solet – I’ve always been obsessed with movies since I was a little kid. I had a lot of energy as a kid. I was the kind of kid who the traditional classic wasn’t the best environment for, but movies always held my attention. I was always interested in storytelling and writing, so those two things sort of organically came together. I don’t think there was really anything else I wanted to do. I was a dog trainer for a very short period of time in my twenties. At one point I was a bike messenger, but I never really wanted to do anything other than filmmaking.

CrypticRock.com – That is great that you have been able to follow your passion. Of your writing, production, and directing credits, you have worked in Sci-Fi, Drama, Horror, and Thrillers. Diversity is important. That in mind, do you have a genre you enjoy digging into most?

Paul Solet – I grew up with genre movies. I’ve always had a soft spot for Horror, Science Fiction, and Action films. I really think the story’s the more important thing. If something speaks to me, if it feels transcendent with the type of story that can kind of have a universal reach, then I am interested. It doesn’t necessarily have a universal reach, as long as it says something that strikes me then I have to have the faith that I’m interested in it, someone will be interested too. 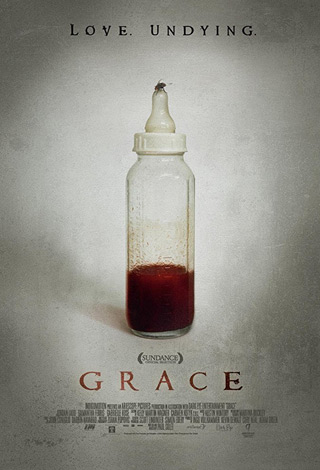 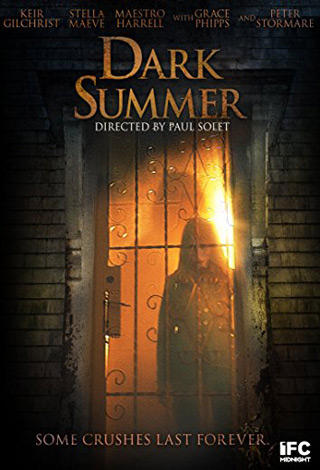 CrypticRock.com – Speaking of a story that had a universal reach, your latest film, Bullet Head, would fall under the realm of a Thriller, but is really a lot more. What inspired the concept behind the story for you?

Paul Solet – I’m a huge dog lover, like a codependent dog lover, and I have been since I was a little kid. I’ve also been interested in crime stories. Some people from my life and my own past, when I was growing, ended up involved in crime stuff. Those narratives and characters always came pretty naturally to me with a level of authenticity. The thing that you’re still interested or attracted to just kind of comes together in an organic way. That’s what happened here.

On the surface, it has about all the things I love about the genre. There were set pieces, chases, and real action set pieces, pretty substantial ones in the movie. You also have characters you really care about, who are multi-dimensional, relatable, and sympathetic for all sorts of reasons. That’s the stuff I’m working for in the movie. I think the dog is very much a real character in the movie.

CrypticRock.com – Absolutely! As with any good Thriller, the tension is only as good as the direction. That in mind, you certainly do a sensational job of creating real nail-biting scenes. What is the process like for you to create that balance of tension in a film like Bullet Head?

Paul Solet – That’s a good question. It’s hard to separate the idea of balance from filmmaking, especially genre filmmaking or any kind of filmmaking with suspense. They’re kind of one at a cellular level. It’s all about balance, whether you’re talking about constructing a scare or a tense set piece, or if you’re talking about more nuanced emotional scene construction. It’s about anticipating and understanding where an audience is going to be expecting something to happen, and uncutting that in a way that isn’t manipulative. I really do believe what it is. It’s all about balance… that’s really what this movie is about. 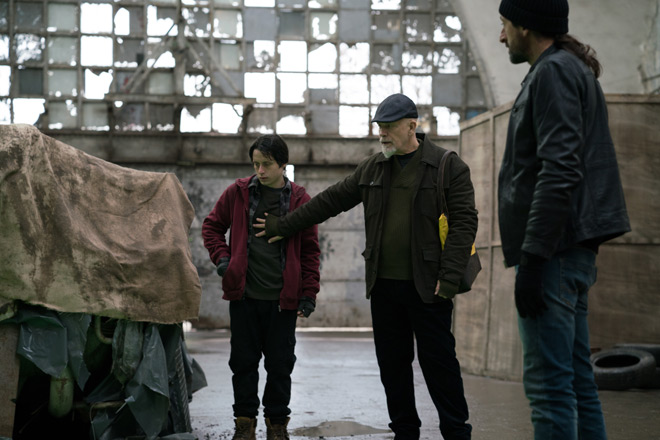 CrypticRock.com – Another aspect which really compliments the film is the backdrop. It is dark, grey, and gives a trapped feeling at times. What was it like shooting in Bulgaria?

Paul Solet – Yeah, we shot in Bulgaria. It’s definitely a deliberately designed movie. There are definitely a lot of movies that take place in industrial environments, some are really wonderful. The thing I wanted to make sure we did was that there wasn’t anything generic about the environment and it’s not style for style sake either.

There’s really a deliberate thematically charged color scheme in the design. For instance, if you look at the color blue and what that represents in the movie, the way that pertains to the character played by Antonio Banderas, it represents a limbo and an inability to be able to let go of habits/behaviors that are maybe destructive or limiting us that keeps us stationary and stuck where we are.

Then, there’s the color yellow, and that’s kind of the other end of the spectrum thematically. That represents freedom and the opportunity to change, hope, and a chance to overcome your conditioning. At the core, that is what the movie’s about as you get into what the plotting actually looks like. Then you have the color green, which kind of stands in between it, obviously, money.  There’s the color red, which is kind of a traditionary color. All that stuff we really talked about with our director of photography, Zoran Popovic, and our production designer, Nikola Bercek.

That’s not stuff I want people to be spoon fed, but it may wash over you on a subconscious level. For a savvy viewer who’s paying attention, that kind of stuffm they start to look at the meaning. You look at the way a movie like Jaws (1975), how it’s colored, and it’s deliberate. I believe that’s part of your job as a filmmaker and something I find really fun.

The warehouse itself, I wanted to create an environment that was not just sort of a mess. You look at real abandoned buildings, some of them are stunning, but it’s about bones, and it’s about the lines – where are the windows? How big are they? How is the light entering the space? You have to kind of get the shit out of the way or it just muddies up the frame. That took a lot of work for the art department. The warehouse actually was constructed in five different environments, which from a director’s standpoint is really challenging. The producers were supportive because they knew we were really going for something specific. No one has yet said they feel like they are in multiple environments, so I think we were able to do our job there too. The idea was to create something more like the The Conformist (1970) as a reference, maybe a more contemporary film in an industrial environment. 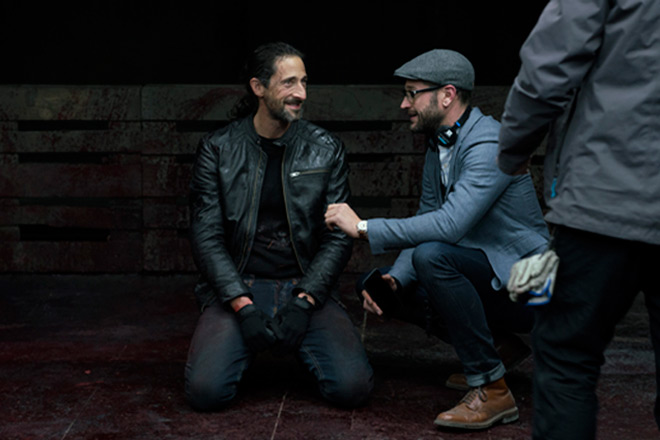 CrypticRock.com – It all shows through on film. Viewers will subconsciously dig into it for sure. You also have quite a diverse and acclaimed cast with Bullet Head from Adrien Brody to Antonio Banderas to John Malkovich and Rory Culkin. What was it like working with this team of players?

Paul Solet – It’s really hard to nutshell that. It’s as incredible as you would hope in your wildest dreams as a filmmaker. Those guys are stars for a reason. They are kind and generous. Their level of craft is really just uncanny. That goes all across the board from the technical to the most nuanced, emotional stuff. Every one of them is different and approaches things in a different way.  To be able to work with any one of those guys, would have been a dream come true. Those are men I’d grown up admiring, watching, and studying.

Then, you add to that, a young actor like Rory Culkin, who is just incredible! He was really able to stand with these titans, and they all saw it and respected him. He really should be mentioned alongside these guys as well. In your wildest dreams, you hope that everyone will have the kind of commitment you have and will study the way you study.

It’s not necessarily a realistic expectation, but then guys like this show up and have done the work that you’ve done and they care about the script the way you care about it. John was attached to the script for two years. Adrian studied as hard as anyone I have ever met in the movie industry. Antonio will work and work until he has the scene in a place where he feels he really has it. John Malkovich’s comment about Rory which really struck me was he felt like he was Al Pacino in The Panic in Needle Park (1971). I felt that was spot on. Every time I think about getting to work with these guys, I grin. I’m just so thrilled and grateful that I got to do it. I learned so much from them.

I would add to that animal cast. The animals are literally listed as cast in the credits. I don’t know if anybody’s ever done that, but when you watch the movie, you’ll understand why. It really is a love letter to animals. It’s a gritty one, but it really is very much about the similarities between a career criminal and a fighting dog. It is about our conditioning and whether we can overcome it. The animals we had and the animal trainer, our lead trainer did an incredible amount of work to be able to shoot 30 pages on the schedule we were shooting. To be able to accomplished what was in the script and then some is really a testament to all the talent of all the people that were involved, and the work that they did. 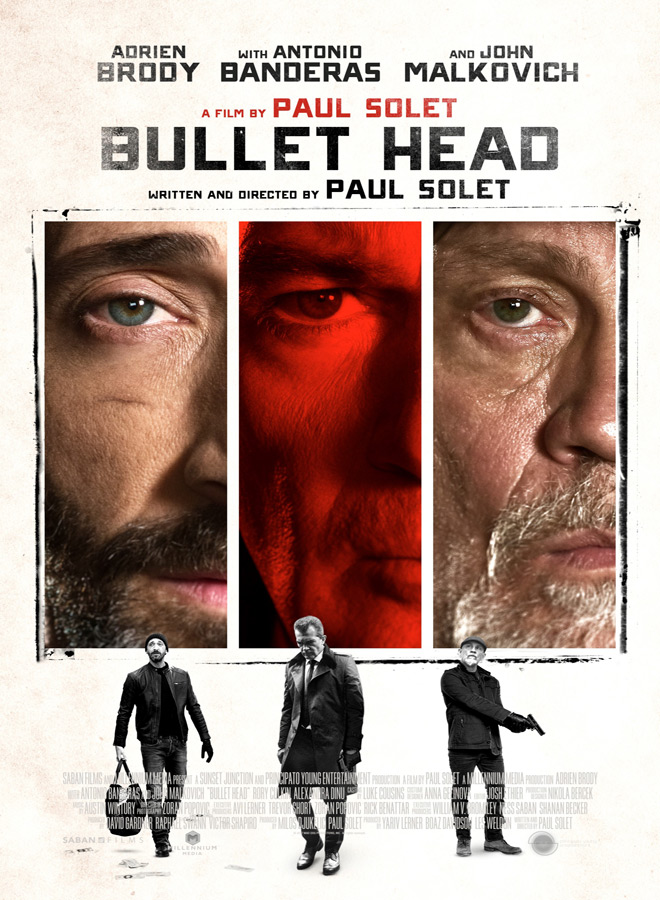 CrypticRock.com – Well, it all translates very well on screen, each actor brought their A-game and something to the table, and the chemistry really translates on screen. The film also has a strong emphasis on the animals, as you said.

Paul Solet – Yes, we’re working with a pair of charities that are involved in education and animal rescue. I think it’s really important that this movie makes people think about their relationship with animals and what they can do to help.

CrypticRock.com – That is great to hear because it is very important to protect animals. Last question. What are some of your favorite Horror and Sci-Fi films?

Paul Solet – Oh, that’s a tough one! Always shifting, but Alien (1979) and Blade Runner (1982) always come first. I have a million more obscure foreign films that are near to my heart as well, but you just can’t beat the classics. 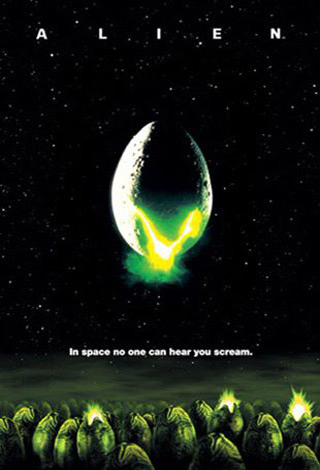 Paul Solet have partnered with New York Bully Crew Pitbull Dog and Puppy Rescue, the Long Island based animal rescue organization focused on saving abused and abandoned bully breed dogs and placing them in safe and loving permanent homes. He has also joined up with Pawsitive Change Prison Program, the California based rehabilitation program that matches dogs awaiting death at kill shelters with inmates inside California State Prisons, teaching the inmates to train the dogs for Canine Good Citizen Certification while working toward vocational accreditation as trainers themselves.

For more on these organizations: