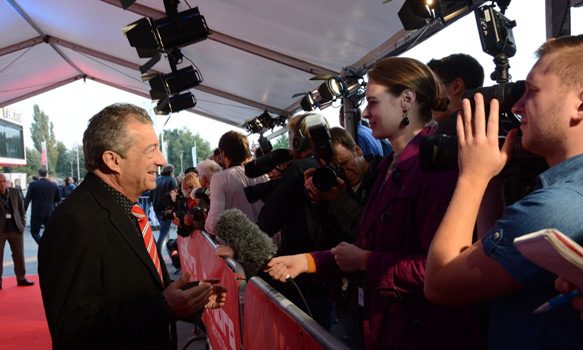 Some people instinctively know where they want their lives to go from a young age. A prime example of such, French-born Australian Director Philippe Mora became enamored with cinema at an early age before going on to follow his dreams.

Making his first film, Back Alley, at the ripe age of fifteen, it would mark the beginning for a talented creator. Going on to an impressive career, he would be responbile for cult classic Horror films such as 1982’s The Beast Within, 1985’s Howling II: … Your Sister Is a Werewolf, and 1987’s The Marsupials: The Howling III among many others. Commonly recognized for such work, there is much more than ghastly beasts to this accomplished filmmaker. Recently we had the pleasure of catching up with Mora to discuss his work in the Horror genre, his passion for historic documentaries, future projects, and much more.

CrypticRock.com – You have been involved in film as a writer, director, and producer for over five decades now. In that time, you have worked on a list of films in a variety of genres. First, tell us, what inspired you to become involved in cinema?

Philippe Mora – I always loved movies as a kid growing up in the city of Melbourne. Seeing all kinds of movies, and eating all kinds of candies, maybe the sugar rush fueled my movie love.

CrypticRock.com – (laughs) Well it all seemed to pay off. As stated, you have worked in a variety of films throughout your career. One of the those many genres include the Horror genre. Do you have an affection for the Horror genre?

Philippe Mora – Yes I do, but really, my deep affection is for any great movie or movies that touched me growing up. That range is very broad from Blood Of A Poet (1933) to Gunfight at the O.K. Corral (1957).

CrypticRock.com – Yes, what matters most is always a story, and how that story affects a viewer. Of the Horror films you have worked on, a few staples which come to mind include 1982’s The Beast Within. To many, the film is an overlooked Horror classic from the era. How did you become involved with the project, and do you have fond memories of working on it?

Philippe Mora – It was offered to me as a job, and I needed a job after Mad Dog Morgan (1976). That was my first Hollywood studio movie (United Artists) and I was the first Australian director to get hired by a studio since John Farrow. I broke the ice.

My agent said, “Take the job and don’t read the script. In fact, never read the scripts or you will never want to to work here!” He gave me another script called Oy Vey! My Son Is Gay!!. When I first read The Beast Within and saw that a woman gets raped by a giant cicada I realized no one had read this. I immediately thought Kafka! Metamorphosis! Of course, I realized that I better not mention that to the studio. They were allergic to anything remotely intelligent in those days. The first preview of the movies was fantastic with the test audience running out screaming at scenes. I resisted cutting out these scenes. The strange thing was, in those days, if the “suits” noticed anything, they wanted you to cut it out. Still beats me! 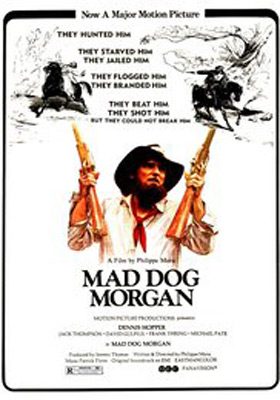 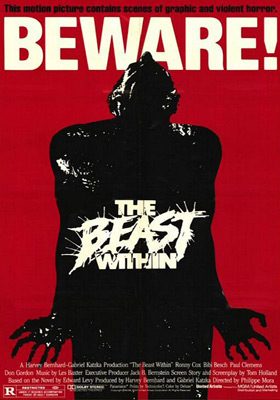 CrypticRock.com – That is a pretty interesting story. Well that film led the way for other Horror related films for you. The Howling became a widely praised werewolf film upon its release in 1981. You came on as the director of The Howling II four years later. You ended up staying with The Howling franchise through 1987’s The Marsupials: The Howling III. What was the experience like extending the film series?

Philippe Mora – I’ve said this before with sequels; damned if you do and damned if you don’t. If you don’t slavishly copy the original the fans get mad and if you do, other fans say you have no originality. I opted to go rogue and do something completely different so I could stay awake while I was working. Also, I had the idea of Marsupial werewolves, which was my patriotic streak coming to the fore.

CrypticRock.com – The way you worked on the film made it quite a unique sequel to the original. The film was a wonderful mix of unique original soundtrack and interesting storyline. Most of all, the film has a very different look than the first one. All these years later, are you satisfied with how The Howling II came out?

Philippe Mora – I am rarely satisfied with finished films because one changes one’s sensibility as time goes by. The films become a window on that time. Now I think it’s a hoot, which I did at the time by the way. Love Christopher Lee in the film, especially when he goes punk. Making a film behind the Iron Curtain was an incredible life experience I have explained elsewhere.

CrypticRock.com – Well, it certianly has an audience. Speaking of Marsupial, 1987’s The Marsupials: The Howling III was also unique to the previous films in the series. The series lives on all these years later with five more sequels, including 2011’s The Howling: Reborn. That said, have you been asked to ever come back to perhaps reboot the franchise or produce a new film?

Philippe Mora – Yes, but I did not want to become Mister Werewolf. Anyway, I don’t like big dogs ever since I was attacked by one when I was eight. 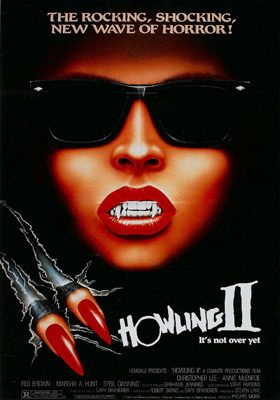 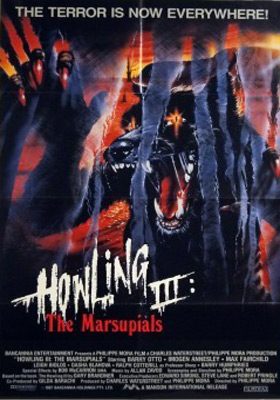 CrypticRock.com – Very interesting, there certainly is a lot more to work than werewolves. Through much of the ’80s, ’90s, and 2000s, you continued to work in film. You began working in Documentaries, but in more recent years, you have worked on quite a few Documentaries again. Do you enjoy working in this realm of filmmaking, and how does it differ to fictional feature film?

Philippe Mora – Interesting question to me, because recently I have come to the conclusion that there is nothing that is really a nonfiction film. Every so-called Documentary is faked in some way. So a fictional film from say 1940 can be more of a “documentary” in a way. It is a time capsule to put it another way. Every movie is thus a hybrid of fact and fiction.

CrypticRock.com – Very interesting point. A great deal of the historical content you cover in your Documentaries is that of World War II and Nazism. This is a very personal topic for you. That in mind, do you think that perhaps, generation by generation, the detriment of learning about his horrific point in history is fading, and how do we make sure younger generations are still educated on such matters?

Philippe Mora – I don’t think there can be enough films made about the Holocaust to get the information out there. Deniers are either Nazis or uneducated. Only recently, I read the actual speeches by Himmler saying exactly what they were doing, and proud of it, so these deniers are simply ridiculous or cannot read. Study the past.

CrypticRock.com – Exactly, could not agree more with you. Of your many works, you have a forthcoming new film, called Strange Matters. What can you tell us about this film?

Philippe Mora – It is a supernatural yarn about a doctor treating people who think they are famous historical figures. Turns out they are not crazy, but channeling the real persons, albeit they are communication from another dimension. It is The Twilight Zone on steroids. 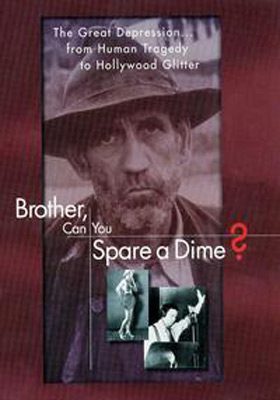 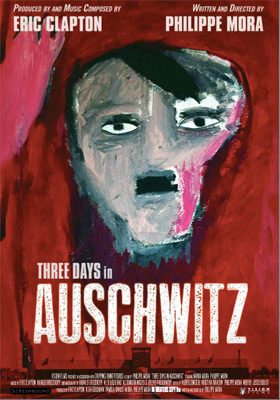 CrypticRock.com – That will be exciting to see once it comes out. Our last question for you is pertaining to, you guessed it, films. Since CrypticRock.com covers music and Horror/Sci-Fi films, what are some of your favorites in these genres?

Philippe Mora – The masterpiece for me above all is Freaks (1932) by Tod Browning and Irving Thalberg. After that, the original The Wolfman (1941), Kubrick’s The Shining (1980), Forbidden Planet (1956) and 2001: A Space Odyssey (1968) are masterpieces. Love the original Dracula movie where the Count’s name is Count Mora (sic).

Repulsion (1965) is great Psychological Horror, which takes me to Hitchcock and Psycho (1960), the mother of so many modern Horror movies. The Birds (1963) is surreal Horror, which I think is a very important Horror film. Not crazy about simple gore – it betrays a lack of imagination. I can go to my local butcher and see the same effect with the added attraction that I can cook it and eat it. Mmmmm…lets not leave out Silence of the Lambs (1991) and the insane Cannibal Holocaust (1980). 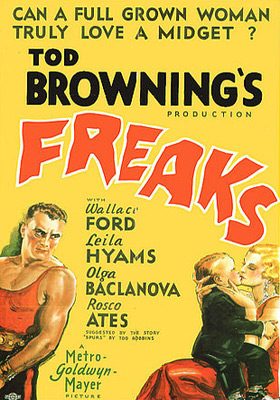 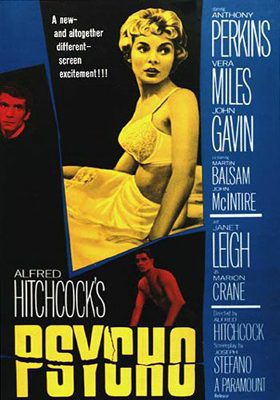