Interview – The Puppet Master of Priest 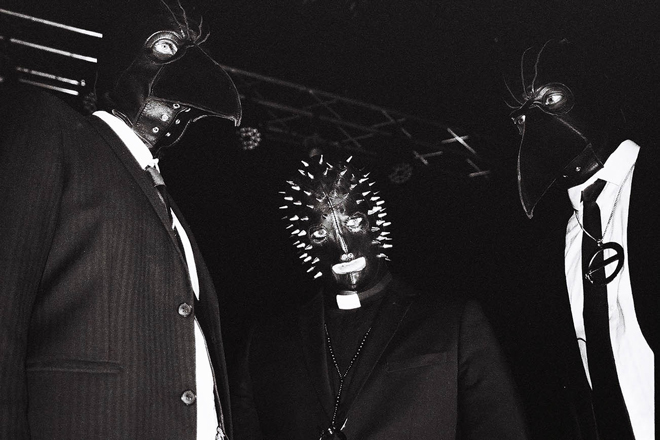 Igniting from a circuit board somewhere in Europe, Priest is one of the latest Electronic bands on the scene. A band shrouded in mysticism, the word quickly spread that key players involved include former Nameless Ghoul of the mega popular Ghost, Alpha acting as producer, and Keyboardist Airghoul. Vastly different than the aforementioned Ghost, Priest are the scales of new flesh for all involved as they look to rise to the top of Electronic music world. Recently, we caught up with The Puppet Master to talk the story behind Priest, their debut album New Flesh, future plans, and much more.

CrypticRock.com – Priest is a relatively new band with a dark Synthpop laden style. First, tell us, what was the inspiration to launch the band?

The Puppet Master – It was back in 2010 in a dark, sweaty underground chamber in Berlin that the idea of this band came about. One of the members lived there and went to many Techno and fetish clubs during that time. In 2012, we recorded a demo of what later became our first single, “The Pit,” but then other bands and projects happened.

In 2015, it was time to pick it up again, refine the ideas and make it ready for takeoff. It always takes a lot of time to prepare and get everything right with a project like this, because if you do it wrong you risk to be the laughing matter of the day… It’s a great reward to see that it really works and that I wasn’t completely insane.

CrypticRock.com – Sometimes things take time and it seems everything came together for Priest. As mentioned, the band’s sound is dark, melodic, and also quite catchy. Is it safe to say that Priest’s artistic approach is a new venture for you?

The Puppet Master – Not really, two of the members have worked in other Electronic projects and bands before and are very familiar with that kind of workflow. The main songwriter is also very Pop oriented. Maybe it was new for Alpha, our producer, who’s coming from a heavy Rock and Hardcore background. He’s really into synths now though.

CrypticRock.com – It sounds like there is a diverse mix of influence coming into play with the band. Your debut album, New Flesh, was released back in November of 2017 and has received a lot of positive feedback. What was the writing and recording process behind the album?

The Puppet Master – Most of the music and lyrics was written by one member and co-written by another member and also Alpha. First we recorded demos, then we took everything to the studio and used a lot of old synths to sculpture the sound of the record. There were hundreds of decisions made and nothing you hear on it is there by accident. 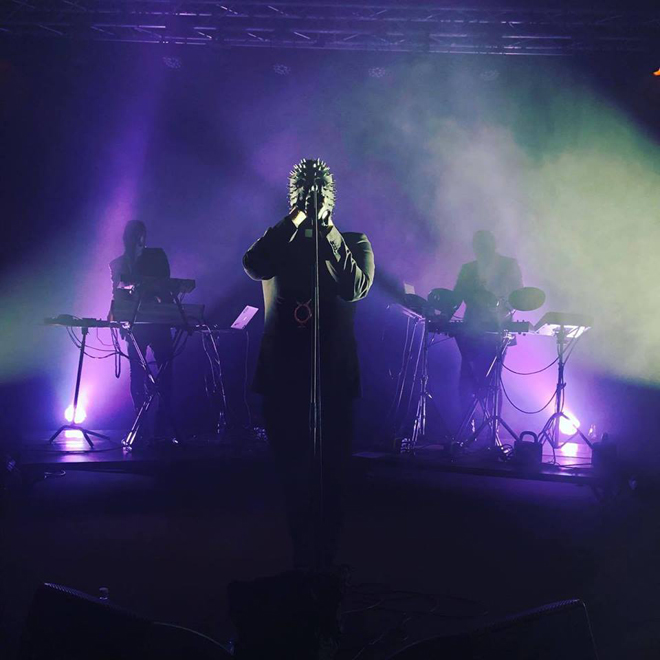 CrypticRock.com – It certainly shows in the final recordings. Many of these songs seem to be of a very personal nature, including “History in Black.” Right down to the album title, New Flesh, is Priest sort of a shedding of old skin and a rebirth for you as a musician?

The Puppet Master – Yes, you can say that! Most of the lyric themes are based on real human experiences. Songs should have emotional ingredients and it hopefully makes the listener get a deeper attachment to them.

You can say a debut album is always a fresh start, but there’s a strange thing with this project – it feels like it’s been around for a long time. Almost like a Jungian archetype. Maybe this was just the right moment to shift shapes.

CrypticRock.com – The emotion is evident and does make each song that much more effective. Those involved with Priest include Alpha and Airghoul, whom both were intricate parts of the popular Rock band Ghost for many years. This factor will more than likely strike the curiosity of Ghost fans. That said, what has been the reaction by those who have followed Ghost for so many years?

The Puppet Master – Of course we used the Ghost-connection to gain recognition faster than if we didn’t, anything else would be stupid. But I must say, I’m quite surprised that so many Metal fans were ready to embrace an Electronic band. I was prepared to face the opposite to be honest, but there seems to live a Synthpop/EBM lover in almost everyone.

CrypticRock.com – Great! It goes to show that good music is good music. If people look at things without prejudice, they might be surprised what they enjoy. The sounds of New Flesh are really engaging and hark back to the best of Dark Wave and New Wave in the 1980s. Are these two forms of music which influence you? Furthermore, what are some of your favorite artists?

The Puppet Master – Yes, these were styles and sounds we grew up with and hits album is basically a trip down memory lane. We wanted to show where we come from and what we love. In the future we will get closer to a more modern sound. As far as favorite artists… I would say Skinny Puppy, D.A.F, Nitzer Ebb, Orbital, Depeche Mode, Radiohead, Darkthrone, Rational Youth, and many more.. 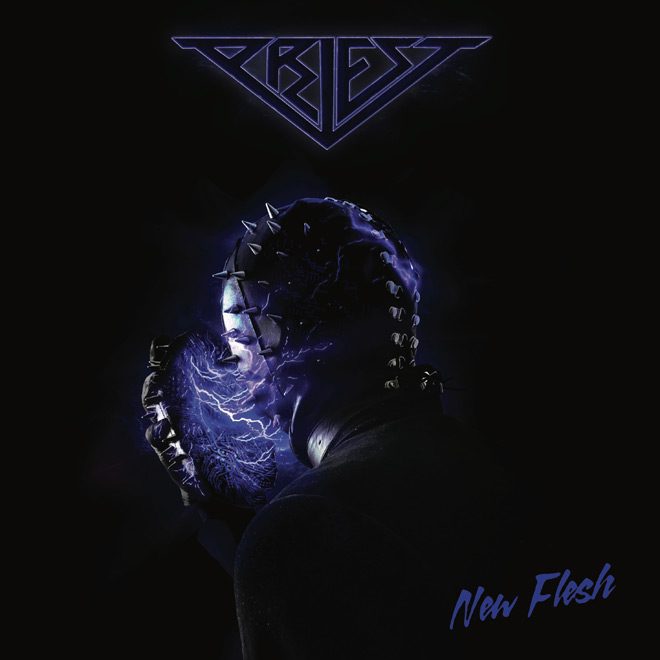 CrypticRock.com – That is certainly an eclectic mix of artists! With the album out and picking up more traction as months go by, can we expect a full Priest tour, perhaps even in North America?

The Puppet Master – We would love to play North America, but we don’t have specific details yet. There will be a bunch of shows and summer festivals in Europe – in the fall, we’re planning to tour a lot more.

CrypticRock.com – Fans will have to keep their eyes open for potential date announcements. With Priest, much like Ghost, the faces of the creators are concealed. Do you prefer to keep this sort of anonymity in place and let the focus be the music?

The Puppet Master – Yes, at least it keeps focus out of the faces behind the masks… I grew up with graphic novels and comics; so to be able to be a kind of superhero something that appeals to me, even though I’m older. You’re allowed to feel freer behind the mask too I think. It becomes an extension of you.

CrypticRock.com – It also keeps a level of mystique in place for the audience. Last question. We also cover Horror and Sci-Fi films on CrypticRock. If you are a fan of either or both genres, what are some of your favorites and why?

The Puppet Master – Great! Well, I watch a lot of movies and I love Horror and Cyberpunk movies, both live action and anime. One favorite is Tetsuo: The Iron Man (1989) because it’s the perfect blend between both genres. I like the sequels too. Hellraiser (1987), Hellbound: Hellraiser II (1988), The Thing (1982), and Eraserhead (1977) is great inspiration to the image of Priest’s first era, both costumes, lyrics, and album art. The most important one is still Videodrome (1983), which is just awesome and contains the quote: “Long live the new flesh!” It’s ’80s Techno Horror at its best. 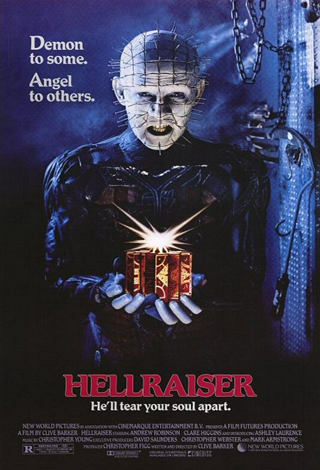 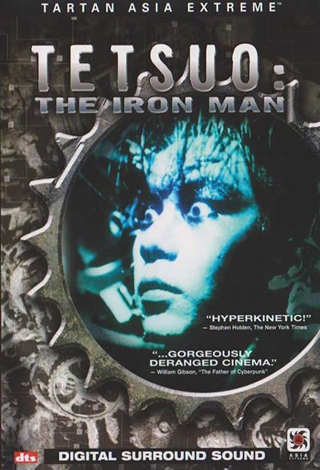