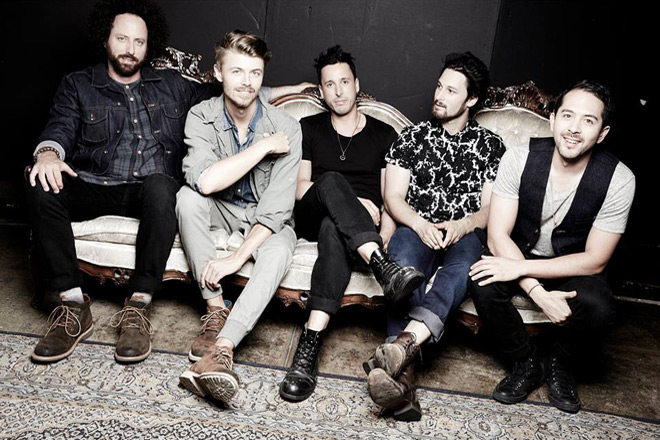 Los Angeles, California based Alternative Rockers Wildling bring a fresh and intriguing sound to the Indie Rock scene with their new EP, Here. Previously known as Test Your Reflex, this group of musicians have worked hard through the years, collaborated with iconic music producers, and now step out, claiming their presence in this industry like never before. Recently we had a chance to sit down with founding Vocalist Ryan Levine along with Guitarist/Vocalist Erik Janson to learn quite a bit about their songwriting process, the journey of Here, their 2018 goals, plus much more.

CrypticRock.com – Congrats on the release of your newest EP Here! If you were to describe your band Wildling to a new listener, which song off that EP would you use to do it?

Ryan Levine – “Hummingbird” was the first song written for it, and was really the catalyst for this band forming, so it could’ve been called Hummingbird! Anyway, we’re really excited for it to be out, so thank you! It’s tough to pick one song as an introduction, but I think all of us either start with “Lilywhite” or “Leavin'” as a first look when sharing with new people. Those two both capture an aesthetic and energy we feel really good about.

CrypticRock.com – That is definitely evident. The EP has a really solid sound and some killer tracks! What are you hoping listeners take away from it?

Ryan Levine – We spent a long time on the songwriting for this EP, so I think ultimately we hope that the songs speak to people, and make them excited to come see a live show! We love making records, but at the end of the day we want to share these songs with people in person, loudly!

CrypticRock.com – Yes, there is no substitute for a live performance! Was there a particular song or two off of the EP that really challenged the band as artists while you were writing it?

Ryan Levine – I’d say “Lilywhite” was the one that pushed us the most creatively. It was the first song we wrote all together, from scratch. Before that song, it was usually someone coming in with an idea/demo (sometimes further along than others) and then the band finalizing together. With “Lilywhite,” we showed up to Alex’s (Alex Salibian who co-wrote and produced the track with us) with nothing and just started creating. Erik had this sample he played for everyone as inspiration at the start of the day, and then he jumped over to this upright piano and started playing that piano motif you hear when the drums drop; those piano chords felt very inspired and the song started writing itself pretty quickly from there. I wouldn’t call it a challenge necessarily, but it did pull us out of our comfort zone for sure, and I think we all got a track we love because of that.

CrypticRock.com – Very cool, it is always good to push the envelope. Prior to this EP, Wildling was signed to the major record label Warner Bros Records. What did the experience teach you?

Ryan Levine – I think the biggest lesson we learned from that experience is how we want to make records moving forward. With WBR, or any major label system really, the process can get really drawn out… I think we all really thrive on that initial burst of inspiration when a song is being written, and would like to find a way to move quickly from that first spark to final recording more seamlessly. 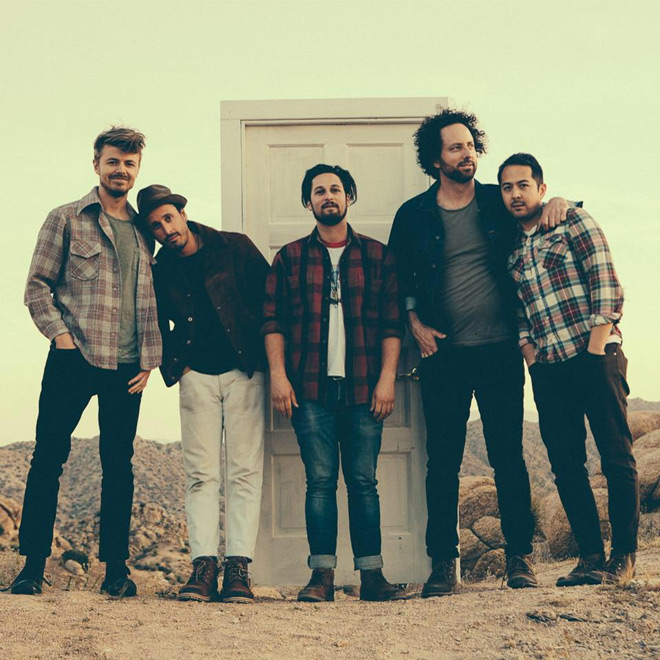 CrypticRock.com – That is understandable. Has the music creation process changed at all, and what direction would the band like going in the future?

Erik Janson – For us I think the creation process begins with a deep cobra and ends with a namaste. Flexibility has definitely been key. We’ve been evolving and finding inspiration in so many places. The biggest change for us has been the keytar. Not that we own one, but more our discussions of its legacy in the music industry. Like the keytar, the future seems bright and holds what we hope is a step forward into uncharted musical territory.

CrypticRock.com – Yes, you do not want to pigeonhole yourself creatively. Here was produced by Joe Chiccarelli, a producer with quite an impressive portfolio including Elton John, The Strokes, and many more. What was it like working with someone with such expertise?

Erik Janson – Joe worked with our friends in Young The Giant and also worked on some great records by The White Stripes and My Morning Jacket that we enjoy. He helped push us on our instruments and song arrangements, and introduced us to some great gear like pedals and keyboards that added some nice textures to the records. His process was quite meticulous and had some powerful results, but in the end we felt like we had more music we needed to get out. We had the good fortune of rounding out the EP with Producer Alex Salibian on the song “Leavin'” in a 24 hour whirlwind session.

CrypticRock.com – It sounds like it was a great experience. Are any musicians on his lineup inspirations to you? Do any of your musical influences trickle into your musical style at all?

Erik Janson – Definitely The White Stripes, My Morning Jacket, and Young The Giant that I mentioned. We share songs we hear with one another and make playlists of music that catches our ears. There’s an incredible amount of both old and new music that we seem to discover almost daily. I think it’s more of a taste and palette of styles that we respond to that subconsciously streams into our work… did I mention deep cobras and the keytar?

CrypticRock.com – (Laughs) You have been hitting the stage quite often since the EP’s release. That in mind, which tracks have been the most fun for the band to play live?

Erik Janson – We played at a solar powered music festival, and no pun intended, the power kept going out during our set until it finally crashed completely. We played “Leavin'” and “Hummingbird” on the edge of the stage with Ryan on acoustic guitar and singing and the rest of the band doing harmonies and playing a little tambourine. With or without electricity, those two songs are always fun for us and I also love playing “Little Lies.” 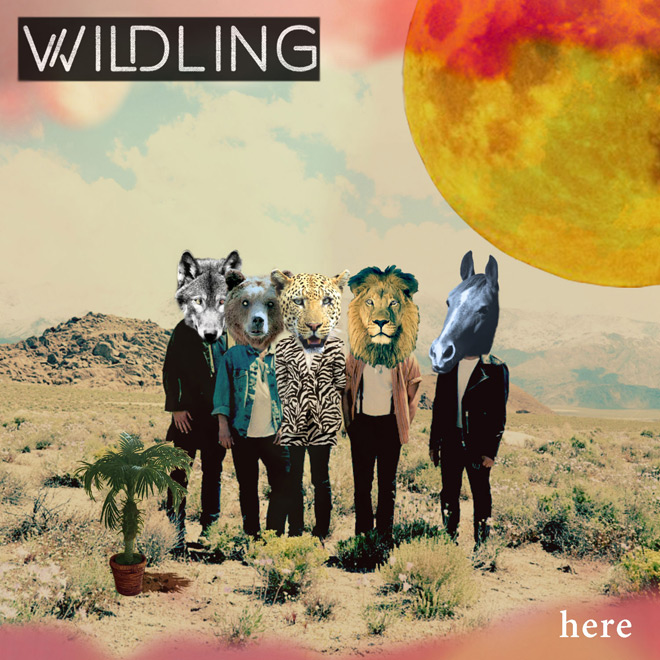 CrypticRock.com – Sounds like a great time! After great success with Here, what plans are you most excited for going into 2018?

Erik Janson – I’m dreaming of Andrew’s (our keyboardist) debut stage performance with the elusive keytar. I’m also excited about getting back into the studio in the next few weeks to record our next batch of songs that we’re planning on releasing in the Spring around some festival dates and touring.

CrypticRock.com – Excellent, well everyone will have to keep a close eye on the tour announcement. Last Question. CrypticRock covers all areas of music as well as movies, particularly Horror and Sci-Fi films. If you are a fan of these genres, what are some of your favorite titles and why?

Erik Janson – I had a friend growing up whose Dad directed some great Horror and wacky Comedy films. I saw Army of Darkness (1992) at his house and that was probably the first Horror film I saw and was an experience that has stuck with me. At the time, I was definitely too young to appreciate the comedic aspects of that movie. On the Sci-Fi front I love Children of Men (2006) and movies based on Philip Dick’s short stories, like Total Recall (1990). The more dystopian, the better. I mean that in the best possible way. 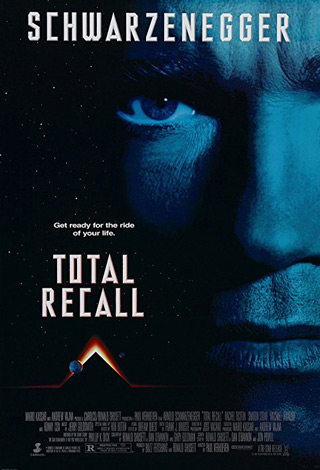 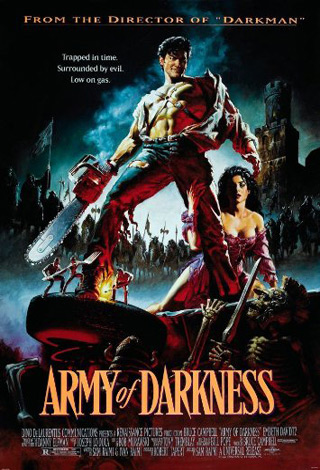