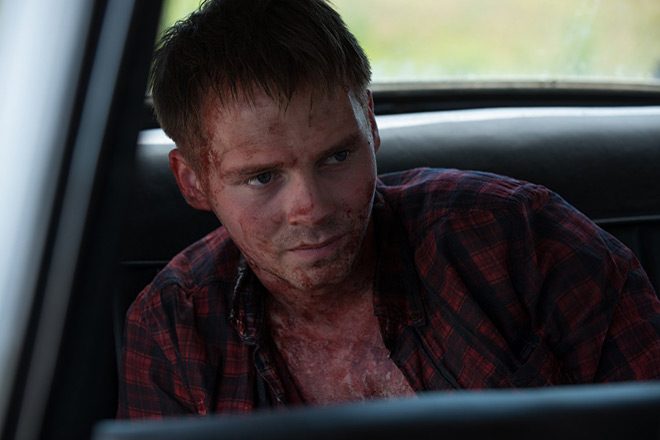 Out of the working class town of Southend-on-Sea in Essex, England, Sam Strike is a up and coming actor who takes nothing for granted. At 24 years of age, Strike has already been a part of the longstanding British Soap Opera EastEnders among other television series/films, and in 2017 takes on the opposing role of Jedidiah Sawyer/Jackson in Leatherface. Portraying a young Leatherface, Strike’s performance interjects a new twist to The Texas Chainsaw Massacre saga that will surprise naysayers and have the believers cheering. Recently we caught up with the busy actor to talk his career in entertainment, the work behind Leatherface, appearing on the hot new Netflix series Mindhunter, and much more.

CrypticRock.com – You began your career in acting in feature films and television just a few years ago and have been involved in various projects since. What has the ride been like thus far as your career in cinema takes off?

Sam Strike – I am constantly putting it into perspective of how fortunate I have been. I don’t mean that in a way of being lucky, I think to be lucky is to be lazy. There is an element of luck involved, but you do have to commit. I think a lot of British actors who work in America are from almost aristocratic backgrounds. I didn’t have terrible upbringing, but I am from a relatively working class town. Then I get to work with people like David Fincher and such, you have to pinch yourself and say, “Wow, I am from Southend-on-Sea and get to do stuff like this for a living.” It is absolutely mind blowing! 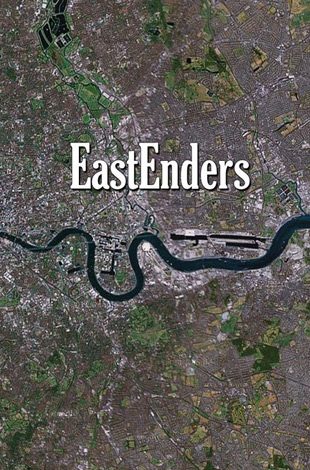 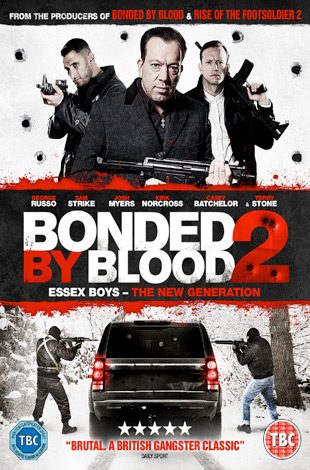 CrypticRock.com – It has to be exciting! Interestingly enough, your first role in a feature film came with 2010’s Stitches. Now you take a lead role in 2017’s Leatherface. Do you enjoy working within the Horror genre?

Sam Strike – I do. It is not so much the medium of Horror that attracts me, it is if the role is good. If it happens to be in a Horror format then great! I am a Horror fan though.

CrypticRock.com – In Leatherface, you take on the role as Jackson, and the audience really get to intimately see the transformation from a very human character into a monster. What was it like for you to bring this character to life?

Sam Strike – It is the first time I played a character where I really tracked his story in an intricate way. I had to be aware of the character and the points in the script that inform his fall from grace and breakdown. It was just a case of being very on top of it and mapping out the character’s downfall pretty meticulously before shooting it. 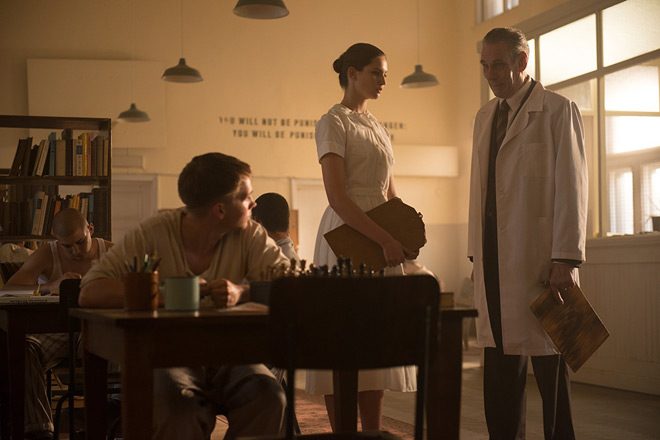 CrypticRock.com – Interesting to hear. Strangely enough, for a Horror film, there is a great deal of tragedy around the character of Jackson. While the content is brutal, did you develop a connection to Jackson?

Sam Strike – I try not to get too into things. It sounds very bullshit, but I don’t want to lose myself to a character. Really, with Jackson, I tried to approach it as a completely separate entity. I am a guy from Southend-on-Sea that sounds a certain way, and Jackson is a guy from Texas, we are very different people. The short answer, I didn’t put too much of myself into it (laughs).

CrypticRock.com – Understandable. There have been many The Texas Chainsaw Massacre films made over the years. Have you seen them, and what was your initial reaction that you would be portraying the role of a young leatherface?

Sam Strike – I actually saw the original when I was very young, much to my parents dismay. They were watching it and I was hiding behind the sofa watching it too. The image of Gunnar Hansen swinging the chainsaw around at the end of the original has always stuck with me. It is always useful to look at how previous actors have done it, but I think if you copy him too much, then there is no point in making another movie because you are then not bringing anything new to it. You are then just replicating something someone else did. I greatly respect what Gunnar Hansen especially did. There is something very beautiful of what he did. I tried to take little influence of what he did, but I didn’t get too weighed down with it.

CrypticRock.com – That makes sense, and it sounds like you have a good background of the character. As mentioned, there have been many The Texas Chainsaw Massacre films. For those who have yet to see the 2017 Leatherface, what would you say this film offers to the franchise?

Sam Strike – I think it offers a whole new explanation of why Leatherface came to be. In previous films, Leatherface was born deformed. In this one, there is a completely different spin to the origin of how he became who he was. The audience can expect to see how a certain series of circumstances can lead someone to completely lose themselves and become a monster. It is a take on a younger Leatherface. I feel, maybe a part from in one movie, we have only seen him as the fully formed monster he is. This is different, you see what an adolescent Leatherface is like. It has not been touched on as heavily as we have. 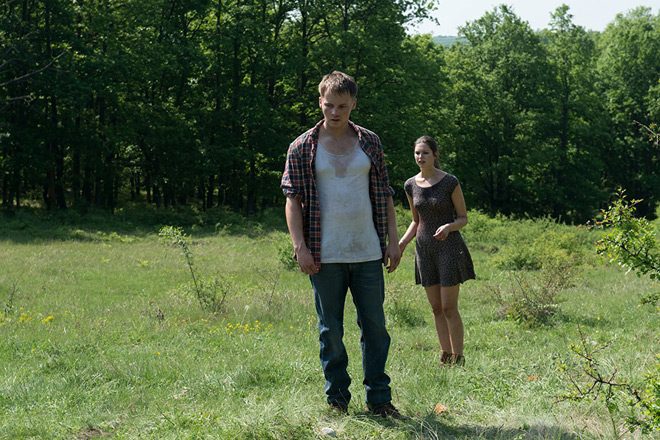 CrypticRock.com – Agreed. We see a younger Leatherface, the more human side. It shows we are a product of our environment. He is a victim of circumstances, almost.

CrypticRock.com – It will be exciting to see what people’s reactions are as more people see the film. Have you had some feedback yet from viewers?

Sam Strike – I have not had feedback specifically. I am a Horror fan though and I want the film to be good. I twitter search Leatherface just to see what people think. I think the overall consensus is where there has been so many of these movies, and not all of them are great, people went into it with a pessimistic view. They are thinking, “Oh, it is The Texas Chainsaw number 1,005, oh god, is it going to be any different?” I think, so far, people are surprised we have taken it in an entirely different direction while still maintaining the originality of the 1974 film. 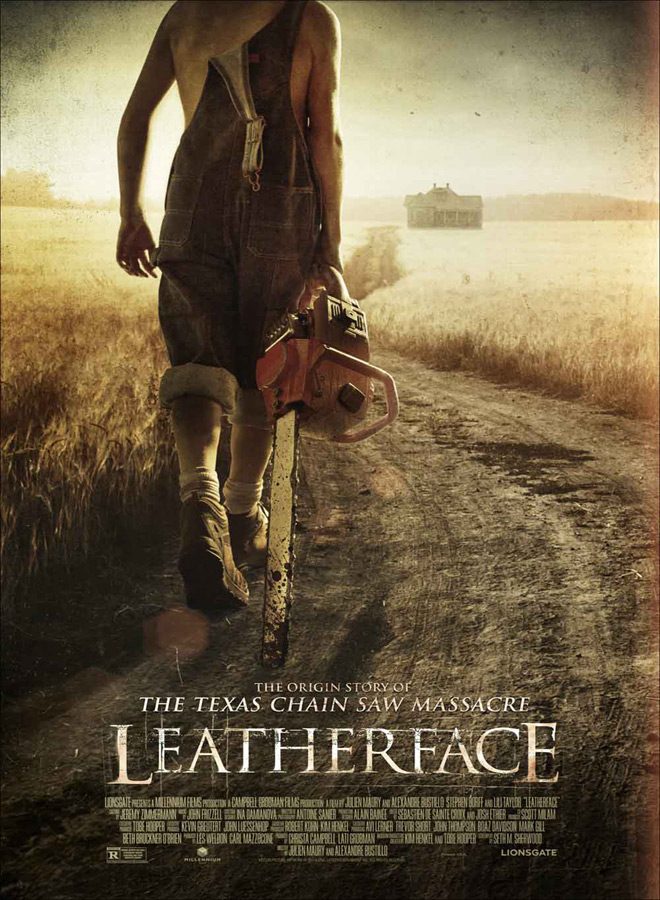 CrypticRock.com – It certainly is exciting. As we spoke, you have worked in film and television. Tell us, what challenges would you like to take as an actor in the future?

Sam Strike – I have to kind of answer that question in an off kilter way. I do love acting and it is something I have loved since I was a kid. Ultimately, I would like to get behind the camera. I know a lot of actors say that. There is something about when you are an actor you are kind of at the mercy of your director. You are allowed input and allowed to give ideas, but the director is responsible for telling the most parts of the story. I would like to be more in control, you don’t have a lot of control as an actor. As far as playing characters, I have been playing a lot of villains recently, and I am happy to continue on that path.

CrypticRock.com – It will be interesting to see where things go for you. You are actually on the series Mindhunter, which has been getting very positive reviews. What was that experience like?

Sam Strike – It was the most surreal experience I ever had in my life. I found out I got the job when I was on a plane. Then, a couple of hours later, I found out David Fincher was going to be directing my scene. I am a massive fan of him, so I was very nervous, but I never learned so much on a job. I only shot it for 3-4 days, but in that time, I learned so much. Fincher really is a genius. I have never met anyone as intelligent as him. It is something I will never forget. 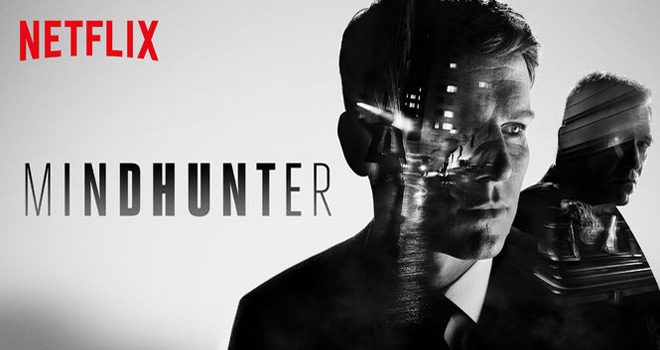 CrypticRock.com – Awesome to hear, and, as mentioned, Mindhunter is getting really positive responses.

Sam Strike – Yes, if I do a TV show, I will sometimes watch my episode, but I won’t watch the entire series. With Mindhunter, I watched the whole series from start to finish and was blown away by the direction and performances. I thought the show was amazing and I don’t say that as a bias because I was part of it, I genuinely thought it was brilliant.

CrypticRock.com – More people will catch on in the coming months. My last question for you is pertaining to movies.  CrypticRock covers music and Horror films. As you said, you are a fan of Horror films. What are some of your favorite Horror films?

Sam Strike – I like the more recent ones. I really liked The Babadook (2014), I thought it was petrifying. I really liked Insidious (2010) as well. As far as some of the older films, I really liked the Leprechaun movies with Warwick Davis. I thought those films were so darkly comic and scary. Then the classics too like A Nightmare on Elm Street (1984), Halloween (1978), Friday the 13th (1980), and The Texas Chainsaw Massacre. I like Horror a lot. 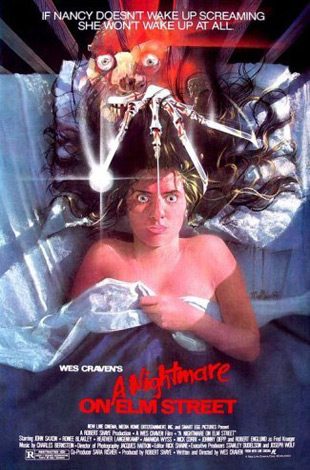 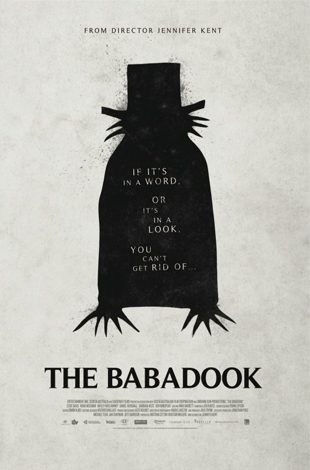