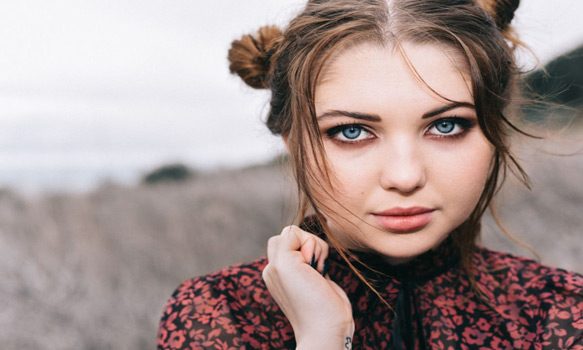 For some, it takes a lifetime to figure out what one wants to do with one’s self. Then there is American Actress Sammi Hanratty, which was fortunate enough to have the inclination for her calling while at a very young age. Grounded and quite mature, at only twenty-one years of age, Hanratty has already starred in a lengthy list of films and television series including The Suite Life of Zack and Cody, 2007’s Boogeyman 2, television series Salem, and much more. Taking it all in and living her dreams, she has already worked with some of Hollywood’s biggest names such as Robert Zemeckis, Jim Carrey, Gary Oldman, and Tim Allen, just to name a few.

With her whole future still ahead of her, Hanratty takes on a new challenge with her latest lead role in 2017’s Bad Kids of Crestview Academy. Set for release in theaters and digitally on January 13th, the action-driven, Comic Book inspired film is bound to attach its share of attention, and Hanratty could not be more excited. Recently we caught up with the busy actress to talk about her career thus far, the importance of a good family support system, the work behind Bad Kids of Crestview Academy, and more.

CrypticRock.com – You have been acting professionally in television and film since a very young age. First, tell us, what inspired you to pursue an acting career?

Sammi Hanratty – I knew I wanted to be an actor when I was two years old. I went to my mom and dad and told them I was going to be on stage and TV, they kind of said, “Ok kid (laughs).” I am the youngest of five girls. I don’t know if it was a need for attention or what it exactly it was, but I knew it was something I was going to do. When I was six, my mom let me have a shot. She sent my picture into an agency, they called and wanted to meet up with me. A few days later, I had six runway shows lined up, an audition for a commercial, then I booked the commercial. It all just happened very fast.

It was something I knew I loved. I would watch Shirley Temple and Judy Garland and fell in love with the fact that they could make me so happy. When it came to the dramatic scenes, it made me feel sad, because I was watching someone else’s human emotion. I think that is what really drew me to want to be part of this career. 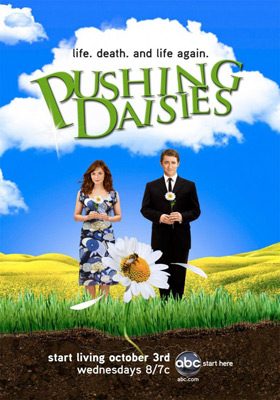 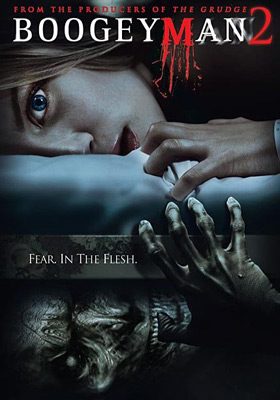 CrypticRock.com – It is wonderful you figured it out at such a young age. We have all heard of how difficult it can be for a young actors. Being that you began your career so young, how important was the guidance and support of your family during those early years?

Sammi Hanratty – I cannot tell you how blessed I am to have such an amazing family behind me and how supportive they are. My mom is truly a hero to me, she gave up so much for me to pursue this career and she has been so supportive my entire life. Also, remembering she is my mom and I am her child. Yes, she is my best friend, but put first, I am her kid before anything. If I was acting up, I was not going to an audition.

Honestly, I am grateful for that tough love because otherwise I would have probably been one of those kids who get everything I want. That was not how I was raised, and it makes me very grateful that she made sure I did not have such a big head or get to crazy.

I also have the support of my friends as I have gotten older. I surround myself with people who don’t just love me because of what I do or because of who I am, but they love me because of my heart and soul. Having people like that around is so important. I have definitely been blessed with the people I have around me.

CrypticRock.com – It sounds like you are. It all sounds like you have surrounded yourself with a great deal of positivity. Your last film, Bad Kids of Crestview Academy, is set for release on January 13th. How did this project come about for you?

Sammi Hanratty – I was filming a show called Stalker (2014) and then I got a call they wanted to offer me this film. My mom said “Let’s go through this, they need an answer within the next hour.” First of all, I am dyslexic, and I just kind of looked over Suzy and who she was. I was pretty excited about it because I saw this character was this kind of bad-ass kid. She was a bad-ass for a lot of different reasons, also because she had to be. If she wasn’t this tough chick then she would have to be vulnerable and that is something this character would never be, especially in front of other people. Reading it, I was very excited because it was something I had never done before. I had never said the F-word in a film before, so to do a film where that is part of the vocabulary was exciting and fun. The comedy aspect of it all was really funny. 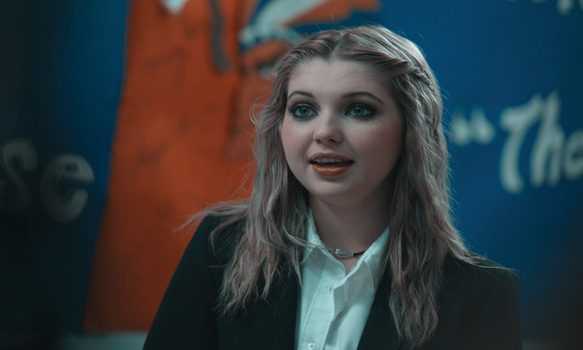 I am just excited I got to do the film and to work with amazing people. Our director, Ben, really let me have a voice on the screen with what my character’s decisions were. He let me kind of come up with that on my own a lot of the time, which was really great.

CrypticRock.com – That type of freedom sounds wonderful. It sounds like it was a different working experience for you as well. This film has a fair share of comedy and suspense, but perhaps the most glowing feature is the action. What was it like working on the set bringing this to life?

Sammi Hanratty – It was so fun. I got to do a lot of my own stunts and got to get thrown around a little bit. Everyone had pretty awesome death scenes, really gorey and out of this world death scenes. Those were such a fun thing to do. Working with guns, and I got to work with a flamethrower a lot; it really had flames coming out of it. That was a fun experience and I really enjoyed that.

CrypticRock.com – That sounds like a blast. It it a fun film to watch, so making it had to be a lot of fun too.

Sammi Hanratty – Yes, and all the people I worked with were such a delight to work with. That always makes a set easier to work on.

CrypticRock.com – Absolutely, you always want to enjoy the company of the people you work with. The film is actually based on a graphic novel. Did you or will you be reading that series?

Sammi Hanratty – I did look at the Comic and they brought the second Comic when we were filming. It was fun, the cast started signing the Comic Books for each other. I of course chose the page where the flamethrower takes up most of the page. It is funny because my character in the Comic Book looks nothing like me. She is a very voluptuous looking girl. She has long dark hair and she doesn’t quite look like my blonde Irish-self (laughs). 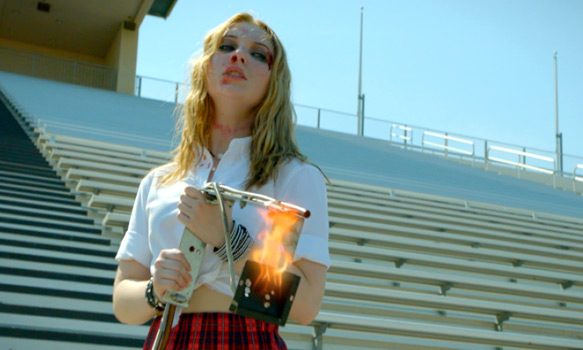 CrypticRock.com – It sounds like you really had a good time with the part. It would be great to see what people think of the movie when it is released.

Sammi Hanratty – I am excited. I am just hoping people have fun with the movie when they watch it.

CrypticRock.com – That is what it is all about. My last question for you is pertaining to movies. CrypticRock.com covers music and Horror/Sci-Fi films. If you are a fan of the genres, what are some of your all-time favorites?

Sammi Hanratty – It is funny because Horror films terrify me. I am such a baby when it comes to watching them. My first film I ever did was actually a Stephen King film called Desperation (2006). I like Psychological Thrillers more than anything. I loved Signs (2002) growing up, and I loved The Sixth Sense (1999). The Saw films I can’t do. I did just actually see Don’t Breathe (2016), which stars Stephen Lang, I worked with him on Salem (TV series). That was one of the scariest recent films I have seen. 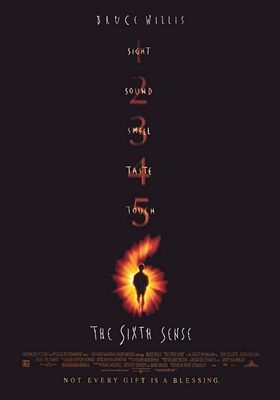 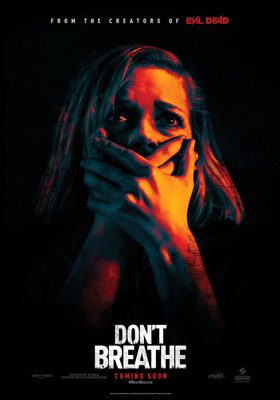 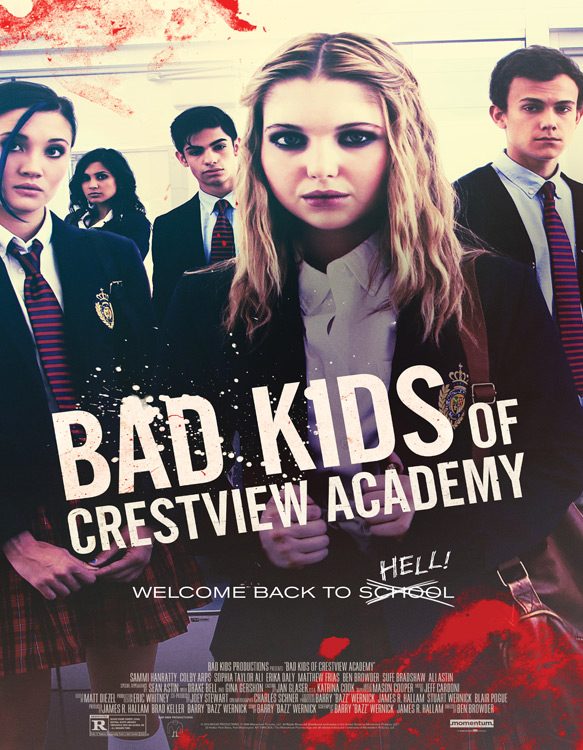