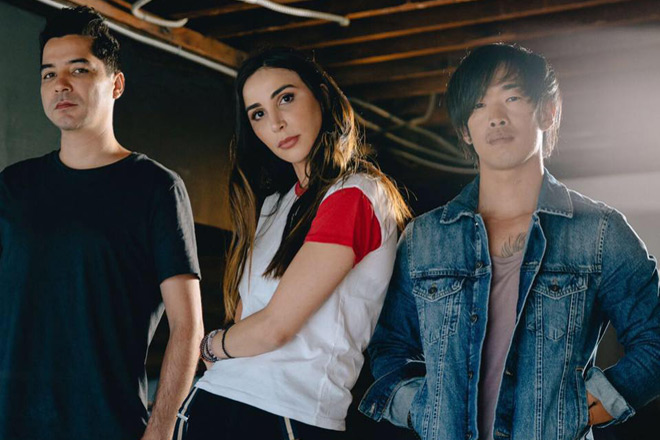 Power Rock band Silent Rival packs a punch in their new album, The Kindness of Strangers, releasing in-your-face lyrics, relevant themes, and unforgettable hooks for their debut. Having musical inspiration all across the board, the band turned these differences into a cohesive, striking impact of Rock music that does not quite fit into one sub-genre. Recently CrypticRock had the chance to ask Lead Singer Sara Coda a few questions about the songwriting and recording process of their debut album, The Kindness of Strangers, learned more about the band’s varying styles, their powerful lyrics, musical challenges, plus more.

CrypticRock.com – Your music has a myriad of influence and sound reaching across many genres, touching Pop, Alternative Rock, Punk, and so much more. What are some of your major musical influences and how do they translate into your music?

Sara Coda – We’re a very widely influenced band. Joz and I write the songs, and he and I have some different influences from each other, but we overlap when it comes to classic Rock like Aerosmith, Queen, and Guns N’ Roses. Eighties Glam Rock, Hip Hop, ’90s English Rock like Blur are some of Joz’s influences, and, as a guitarist, he has been influenced by Jimi Hendrix.

CrypticRock.com – It is always nice to explore music that way. Listening to your tracks on your most recent album, The Kindness of Strangers, it is easy to tell that your music is very honest. Was this a conscious decision for the album, or a more natural part of your writing style?

Sara Coda – That is a quality in our personalities that just naturally seeped into the music. Joz and I have been writing together for a while, and when we recognized that quality, we tried to embrace it. Although we can totally appreciate music that is more ambiguous or interpretive, we have a clear perspective and we want you to understand us. It’s part of the reason why the music is in-your-face, it’s why I enunciate things really clearly, and why we stay after shows to talk to people. 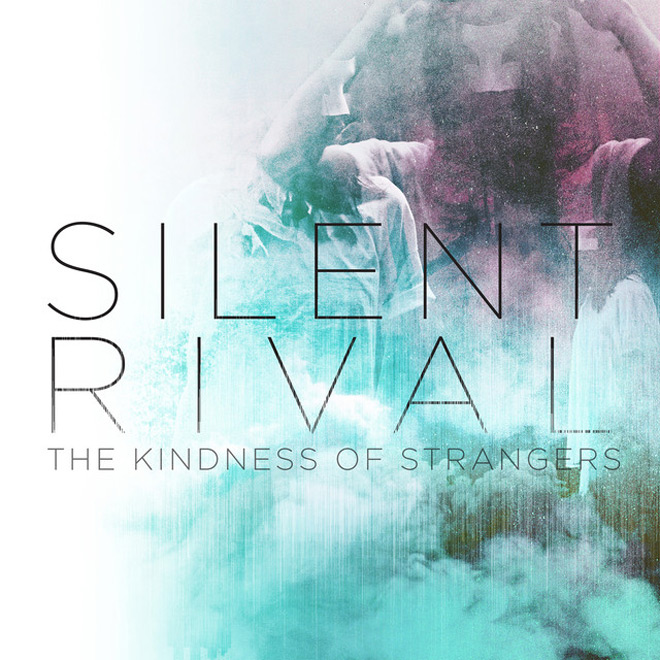 CrypticRock.com – Very cool! The album title, The Kindness of Strangers, is very interesting as well. Why did you pick this name?

Sara Coda – Joz and I met and started writing together during a time in our lives that wasn’t very easy for either of us. We were each other’s only resource and we relied on each other a lot. Meeting each other was the first event in a long streak of good luck, especially when it came to the people we met and worked with. We have met a lot of talented and big-hearted people, and the album was a result of our collaborations with them, so it seemed like an appropriate title.

CrypticRock.com – That is a really great meaning behind the title. The world’s first impression of the album was your choice of the single “Die A Little.” What made this one stand out to you?

Sara Coda – Joz and I had just returned home from tour with our previous band and we had started pre-production for The Kindness of Strangers. “Die a Little” was the first demo we cut, the first song that got its lyrics, the first song we recorded in the studio, and the first one finished. The whole time we had our eye on it, it always stood out because in every way that song is the most “us.”

CrypticRock.com – Interesting. That in mind, what inspired the lyrics for this song and the rest of the album?

Sara Coda – “Die a Little” is about living on the edge for the thrill of it, and taking big risks to feel more alive. This is basically how we live our lives. Being in the music business in such an unpredictable time is a huge risk, but when you get bit by the music bug, it’s an itch you can’t scratch. There really has never been much of another option for us. There’s a lot of good things that have come from taking chances.

We’ve gotten to experience a lot of highs and lows that we wouldn’t have been able to explore if we were playing things closer to the vest. It hasn’t always been easy, but we’re definitely getting the most out of our lives. As for the other songs, they’re all really different and each one has such a specific explanation, but they’re all different things that we’ve experienced and learned from.

CrypticRock.com – That makes for a fun listen. Which track off the album was the most challenging to finish, but the most rewarding in the end, and why?

Sara Coda – Hmmm… That is an interesting question. Probably “Find Them Beautiful.” It was the last demo we cut, the last song that got its lyrics, and the last one finished. It was challenging because the last 10% of any project is the most difficult to finish. Also because I had to fight Joz and Matt Wallace, the producer, on the lyrical direction. I’m usually pretty cooperative but when they voiced some doubts about the direction, I showed them exactly how stubborn I can be when I have a deep conviction about something. I think it ended up being one of the more subtly special songs on the album. 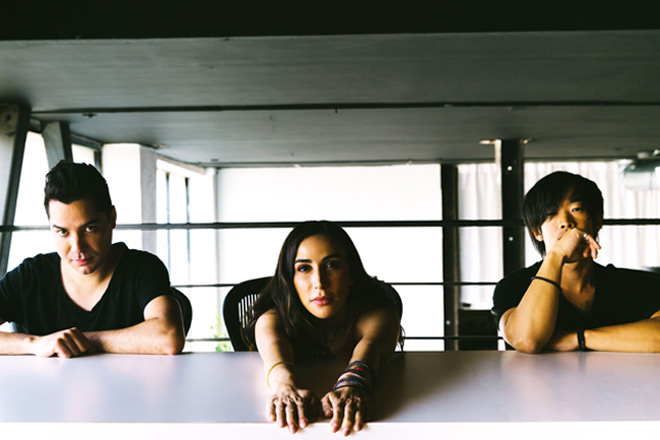 CrypticRock.com – The lyrics were totally worth the fight! Speaking of differences, your band comes from different backgrounds with different tastes in music. What is your team dynamic when going into the studio to write and record?

Sara Coda – Well, so far it’s only been Joz and I in the studio. It’s definitely an interesting dynamic. We do have some different influences, but we overlap in a lot of ways. We also know each other’s likes and dislikes, and in that regard we’re almost completely in sync. I love almost everything Joz comes up with. He has impeccable taste. There are some things we don’t see eye to eye on and everyone knows what they are. For example, Joz has a T.Rex influence so he wants to put a octave harmony everywhere and I kind of hate octave harmonies. A couple of them ended up on the record because they just “worked,” but it wasn’t before we butted heads over it.

Our dynamic is a very unique blend of respect for each other’s instincts, but also a strong instinct of our own. Usually whenever we open up the conversation for a debate, we are comparing our levels of passion on whatever decision needs to be made, and a lot of times one of us is just moved or inspired by the other’s passion. In those cases, we are quick to jump on board and carry out the more passionate person’s vision. Being in the studio or writing together is just an accumulation of thousands of those tiny decisions.

CrypticRock.com – Well, it certainly makes for an good dynamic. Have you played the new songs live yet? Which songs have been the most fun to perform (or which ones are you most excited to perform)?

Sara Coda – We haven’t played any new ones live yet because they’re still in the very early stages. “Demo 3” is one that we’re all excited about.

CrypticRock.com – With the new year around the corner and an album release under your belt, what are your major plans for 2018?

Sara Coda – We leave the plans to management. We have so much going on every day and are always writing, so our biggest focus is how to have the best shows possible for the people we are playing for now, and how to improve the demos we’re working on now. We do plan to tour a lot in 2018 and put out new music, but I’m not sure of the specifics.

CrypticRock.com – We can’t wait to see and hear more from you! Last Question. CrypticRock covers all areas of music as well as movies, particularly Horror and Sci-Fi films. If you are a fan of these genres, what are some of your favorite titles and why?

Sara Coda – We go to the movies weekly! To this day, The Others (2001) is the scariest movie I’ve ever seen. It’s not bloody, but it’s just so cerebral and tricksy. When I first saw it, I screamed out loud! I don’t know if it qualifies as “Horror,” but it definitely should! The most recent Sci-Fi film that we were in love with was Ex Machina (2015). I think we saw it in the theatre twice. 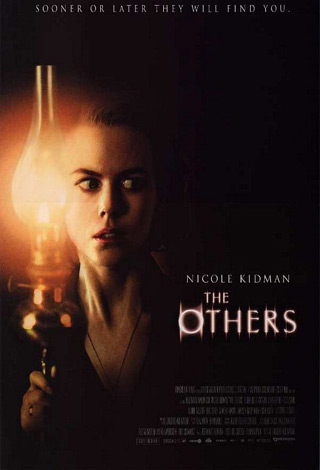 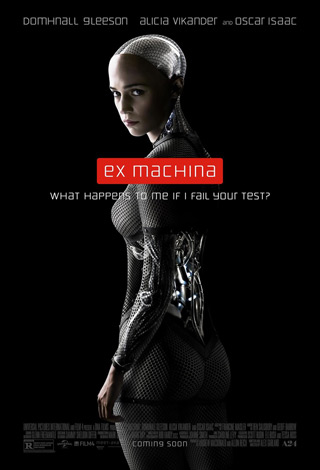 Purchase The Kindest of Strangers: