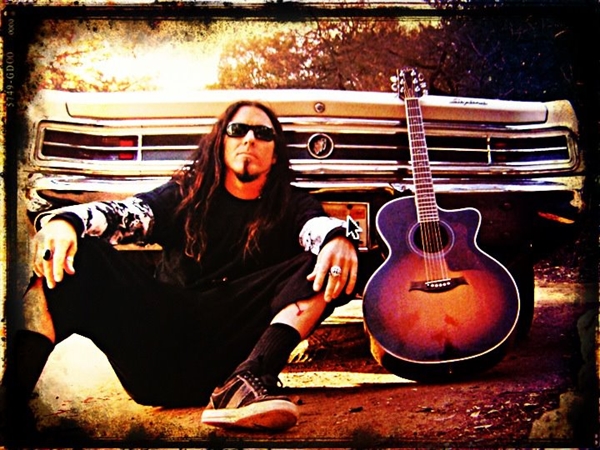 In 2000 a band named U.P.O. came blazing onto the hard rock scene. Their debut album No Pleasantries peaked at number 19 on the Billboard Heatseekers Chart and the singles “Godless” and “Feel Alive” peaked at number 6 and 25 on the Mainstream Rock Chart. They released their solid sophomore album The Heavy in 2004. For almost a decade the powerful enchanting voice of U.P.O. vocalist/ song writer, Shawn Albro, has been dormant. In 2012 the beast awoke and brings us a new project entitled Hopes Funeral. Recently we sat down with Hopes Funeral mastermind Shawn Albro for an in depth look at the past of U.P.O., the future of Hopes Funeral, and the passion that drives him.

Crypticrock.com- You have been involved the rock and metal scene nearly 3 decades now. U.P.O. achieved success in the early 2000’s with No Pleasantries and The Heavy. Your new project is Hopes Funeral. Briefly tell me what spawned the formation of Hopes Funeral?

Shawn Albro- I’ve been writing these songs for a while now, at some point you have to stop and say ok I think I have enough here. So I started recording some of the new music and the first few tracks I did Darren Lynn Bousman (who directed the Saw movies) put them in his new movie The Barrens staring Stephen Moyer (true blood). It kind of jump started a whole new project. 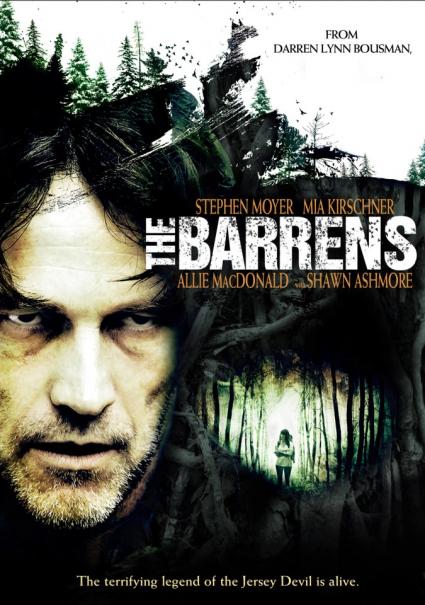 Crypticrock.com- From the samples I have heard of Hopes Funeral it really sounds great. Very melodic, heavy, and dark. What was the writing process like for this new material and when can fans expect to hear more of it?

Shawn Albro- The writing process is the same for me as was for U.P.O. I write from personal experiences and things I see. I bang on the guitar, get a structure hammered out for the song I’m hearing in my head, write the lyrics, and it goes back and forth. By the time everyone’s heard it I’ve already probably played it a few hundred times. As far the music goes it should probably be done by summer’s end.

Crypticrock.com- Can we except an album and to see Hopes Funeral on tour anytime soon here in the USA?

Shawn Albro- Yea that’s the whole goal, but I’m recording now and was about to jump on a tour, but from all my experiences it’s just better to set it up properly. I’m just going to take the time, record a bad ass record, and I think the fans can hear something by Hopes Funeral real soon.

Crypticrock.com- Looking forward to hearing more of the music and seeing it performed music live. Your lyric style and themes have always been very dark and poetic from U.P.O. now to Hopes Funeral. Do your lyrics come from personal experiences?

Shawn Albro- Most of those songs are from personal experiences or just things that I’m living and seeing all around me.

Crypticrock.com- Now I want to ask you about U.P.O. The debut album No Pleasantries was mind blowing. Those who have heard it would agree it’s one of the most under rated hard rock albums of that time period. With Hopes Funeral your top priority now, could fans have any hope of hearing a new U.P.O. record in the future? 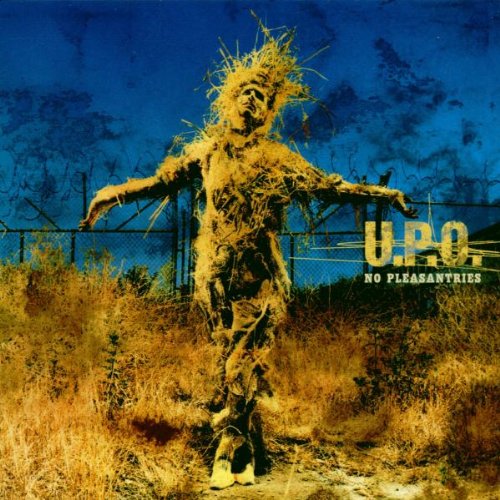 Shawn Albro- I love that record, there could be another record if it was the right circumstances. I’ve been approached to release the 2nd UPO record, The Heavy (2004), with a handful of unreleased U.P.O. tracks. I’m just busy with the new band, so I really haven’t thought about doing another U.P.O. record, but there are a lot of tracks that definitely would make another U.P.O. record.

Shawn Albro- Yea I actually have stuff from No pleasantries (2000), The Heavy (2004), and a bunch of killer tracks when I was in the process of doing for a 3rd record but we pulled the plug on it. Instead of reworking it I left all those tracks alone, so maybe I’ll just readjust them, but yea there is definitely another cool record of that material. 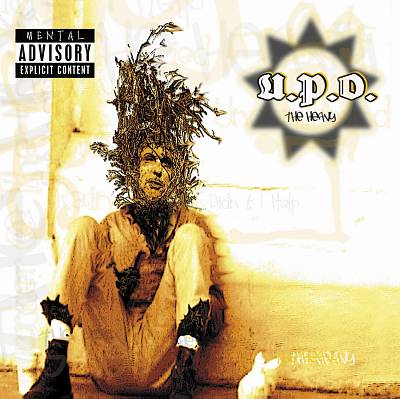 Shawn Albro- Yea Zoltán has been crushing it with Five Finger Death Punch. Tommy (U.P.O. drummer) is out there with Attika 7 on Mayhem Festival too. I talk to most of the guys, there mostly playing live and out living life. Chris Weber is doing good, he’s the proud poppa of two beautiful daughters. He’s doing great, that guy can get hit by a bus and just keep coming, he’s just working, being a dad, and that’s taking a lot of his time, but he’s just doing great.

Crypticrock.com- That’s great to hear. Now as stated earlier you have been part of the rock music industry for nearly 3 decades. Your drive and dedication to making music is obviously very strong. Tell me what keeps your hunger and drive going to make your musical visions reality and how difficult is that in the ever changing music industry?

Shawn Albro- I’ve always had the drive and passion to make music and sing, it’s just what I do, it’s always seemed natural. The worlds ever changing, so I see and feel new things every day, there’s no lack of new material. As far as what keeps me dedicated, survival (laughs) and the fact that people like what I do, so that’s great. As far as the ever changing music industry I don’t see any problems making it and making your visions reality. There are so many venues for content these days, you can get it together and get it out there, you can do a lot on your own. You still need a great team to make it all happen though. As far as me, I can just write the best songs I can and make sure my ends tight and once that’s done it’s in the hands of the people (laughs). I just write great songs and hope the rest will take care of itself.

Crypticrock.com- Good music should find people no matter what. You have a very powerful and unique singing voice. Who are some of your vocal influences?

Shawn Albro- I like all the rock greats Fred Mercury, Dio, Halford, Chris Cornell, Layne Staley, and Corey Taylor, as far as all the modern contemporary killer rock guys. Growing up I was lucky my parents had a good love of music so I listened to everything from Johnny Cash to Bach to country to whatever. I learned to imitate and appreciate tons of different styles. I basically gravitate to singers that have that “it” in their voice and you can really tell what they were behind what they were saying and singing. You can feel it whether you felt they had a great singing voice, just a message, a combo package, or just a singer and the song. I gravitated toward those who I feel like are just living it.

Crypticrock.com- It’s definitely more believable when you can feel it, whether they have a really good singing voice or not as long as you can feeling. Your music has always been atmospheric and heavy in more than one aspect. Meaning lyrically, musically, and emotionally heavy. I am curious as to what some of your music influences?

Shawn Albro- Again I have a pretty wide influence base. Blues, metal, soul, classical, Indian. All kinds of ethnically music, I’ve really been catching out a lot of stuff and trance as well. Pretty diverse.

Crypticrock.com- That is a wide range of tastes and it does bleed through in your music. You can hear all those influences coming through in the music.

Shawn Albro- Yea you will hear a lot more with Hopes Funeral. I have like 100 new tracks and I’m still working on a bunch of new ones. There is some really killer stuff in there and I am anxious to get it out there. 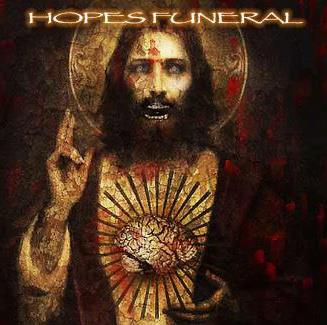 Crypticrock.com- That is great to hear, I am sure a lot of fans are anxious to hear this new material. My last question for you is regarding films. Crypticrock.com is a rock/metal and horror news site so we like to focus on all genres. Are you a fan of horror films and if so what are some of your favorite horror films?

Shawn Albro- I like when I was a little kid the original Wolfman, Dracula, Frankenstein, and Mummy. Those stuck with me my whole life. I love all the modern day horror flicks but after the 1,2,3,4 and 10 sequels we get numb to certain kind of things and it’s cool when something refreshing and new comes around. As far as my new favorite horror stuff I like The Barrens, because they just put two new hopes funeral songs in that soundtrack (laughs).