Coming out of Cleveland, Ohio during the early ’90s, Mushroomhead is a band that excels in the Alternative Metal world in an extraordinary way. Emerging into a more mainstream spotlight in 2001 with their first major label album XX, unjustifiably, they were often compared to Slipknot because of their usage of masks. However, that is where the similarity ended, and soon people saw that Mushroomhead was indeed a unique entity all their own with a dark, diverse Metal sound that continues to draw in fans years later.

Growing and expanding their sound with each passing release, on June 19th they put out A Wonderful Life via Napalm Records. Their eighth studio album, it an impressive collection of songs that shows Mushroomhead is not afraid to try something new and strive to exceed their own expectations. A great time for the band, Founder/Drummer Steve “Skinny” Felton sat down to discuss A Wonderful Life, what traveling is like with nine band members, the growth of their music, and much more.

Cryptic Rock – You co-founded Mushroomhead in 1993, and have remained as drummer of the band for over twenty years. What has the band come to mean to you over this time?

Cryptic Rock – Absolutely. Mushroomhead has withstood the test of time, and your identity as a band has been tied to your use of masks and costumes, and you all have very distinct looks. Is there anything that helps tie them all together, or is it the mismatched aspect that works to the band’s advantage?

Steve “Skinny” Felton – Personally, I always preferred the mismatched, ragtag squad of characters. It adds more character to the group as a whole. More like bounty hunters than stormtroopers! (Laughs)

Cryptic Rock – It certainly helps to stand out from the crowd, something you have always been wonderful at. Since the beginning Mushroomhead has been a very DIY band. With things like social media, changes in how bands promote themselves, and film/audio advancement, presumably they’ve made it all the more enjoyable and easier to do things yourself. What are some of your favorite tools to use?

Steve “Skinny” Felton – That’s a tough one. It’s fun to switch gears between microphones and cameras. It’s literally a matter of inspiration. What will I point this thing at today—a voice, a sunset? I’m a big fan of post-editing, as well. Whether it’s video clips or drum .WAV files, I love it.

Cryptic Rock – When inspiration speaks you listen, and it makes for a more authentic experience. Your lineup has changed quite a bit in the last few years, and now includes the wonderfully talented additions of Tankx, Ms. Jackie, and Mr. Rauckhorst. In what ways has this changed the sounds of Mushroomhead?

Steve “Skinny” Felton – I think the addition of these three helps evolve the sound of Mushroomhead incredibly, especially the vocals. We’ve been able to do things vocally that we just weren’t able to do in the past.

Cryptic Rock – With their addition brings the blessing of evolving, and having three vocalists brings you a certain versatility that a single vocalist would not have. What are the strengths of each vocalist, and how do you balance that dynamic?

Steve “Skinny” Felton – For me, I think the balance lies within the music itself. Some songs call for certain types of vocals: certain parts may lend themselves to a solo vocal, while others demand a fierce gang style shouting. Finding the right moment for octaves or harmonies is key.

Cryptic Rock – That makes perfect sense. The new album, A Wonderful Life, was released on June 19th. Is there anything you want listeners to keep in mind while experiencing it?

Cryptic Rock – The track “Carry On” is breathtaking and, excuse the phrasing, carries itself with the flow of a harmonic duet to an extent. What are some of the inspirations, musical and otherwise, behind this particular song, and what does it take to build something so multi-layered and dynamic?

Steve “Skinny” Felton – That song is a great example of our new vocalists’ abilities. Stevie and Jackie are absolutely incredible together. Those harmonies or something you’ll be hearing more of that’s for sure. We definitely wanted something upbeat, catchy and dynamic.

Cryptic Rock – You achieved that and the dynamic is very visible in the music video for “The Heresy” that just dropped, and everything about it is killer. How does this track speak to you given its context of religion, catastrophe, and danger? How do the visual aspects of something like a music video or album cover help convey the smaller details of the band and the music? Furthermore, on a slightly lighter note, whose baby is it in the music video?

Steve “Skinny” Felton – This one is just dark and ominous from the start. One of my favorite things about this track is that the vocals were recorded at Abbey Road Studios in London. We wanted something just as heavy and ominous as the sound. We wanted it to weigh on the viewer/listeners’ conscious. I wanted it to be like a really bad dream: very familiar but extremely uncomfortable. And the baby was a good friend of Dr. F’s.

Cryptic Rock – Very interest to hear, the video expresses that extremely well. Now, obviously you have eight members in your band. What is it like touring with so many people? Does it complicate things at all or does it add more fun to it all?

Steve “Skinny” Felton – It’s definitely more fun, there’s always something going on. The biggest complications are touring overseas with all that luggage! (Laughs)

Cryptic Rock – The struggle is real! (Laughs) Being in quarantine has been a struggle for many people, but has given plenty of time to get caught up on films, shows and series, and music. Do you have any music or film favorites at the moment?

Steve “Skinny” Felton – Tiger King! What else is there? (Laughs)

Cryptic Rock – There is definitely nothing else like it. Last question. If you are a fan of Horror and Sci-Fi films, what are some of your favorites and why?

Steve “Skinny” Felton – My all-time favorite Horror movie has got to be Jaws (1975); I think about it every time I go in the water. And I just recently revisited every episode of Black Mirror on Netflix. That is outstanding! 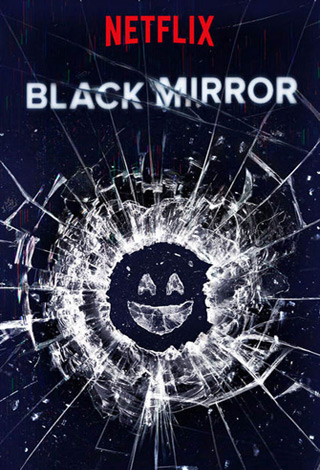