During the 1980’s the horror film scene was booming with a long list of popular and successful new releases.  With this also came a crop of fresh actors bursting onto the big screen.  The talented and young Stephen Geoffreys started to grab attention of many in the film industry after his role in 1985 comedy-drama Heaven Help Us.  Later in 1985, Geoffreys stared in the vampire classic Fright Night portraying “Evil Ed” in an unforgettable performance.  Showing his acting skills were not limited to horror, Geoffreys opened eyes even more with his role in the critically acclaimed drama At Close Range (1986), dubbing him one of the brightest young stars of the time.   While Geoffreys is beloved to dedicated horror fans, do people really know the man behind the films?  Take a deeper look into the world of Geoffreys, his passion for acting, love for music, and much more in a personal interview with CrypticRock.

Crypticrock.com –  During the 1980’s you starred in some of the most memorable horror films of the decade.   You then came back to the genre nearly 2 decades later.  Tell me what inspired you to dive into the horror genre again?

Stephen Geoffreys – Nothing, to be honest, that had to do with horror.  I just got job offers and accepted them.  The main thing is I love to act.  I do just like to do things related to acting.  I never made a decision that I wanted to act in horror films.  That never happened.

Crypticrock.com – In 1985 after staring in Heaven Help Us, you played perhaps one of your most memorable roles as Evil Ed in Fright Night.  The film is one of the most pronounced in the horror genre of the decade.  How did Fright Night happen for you and what was it like working alongside other talented actors like Chris Sarandon, Roddy McDowall, Amanda Bearse, and William Ragsdale?

Stephen Geoffreys – It was awesome.  Everyone in the movie was very excited about being in it.  It was a great script and had a really good vibe.

Crypticrock.com –  It really was and still is a special film in horror cinema.  Now in 1988 the sequel Fright Night 2 was released.  Your character Evil Ed was left open to possibly still being alive in the great ending of Fright Night with the scene of the glowing red wolf eyes and your signature laugh followed by “So cool Brewster”.  It is said you choose to decline the offer to reprise your character as Evil Ed in Fright Night 2 (1988).  It is understood both that film and 976-Evil (1989) were to be made around the same time so that played a part in your decision.  Looking back now do you wish you were able to be part of both the films?

Stephen Geoffreys – They were being made at the exactly the same time.  Not really, I just saw Fright Night 2 a few months ago for the very first time and it wasn’t good.  The script as I remember was horrible.  I was actually obligated to do it and had to get a lawyer to get me out of the contract.  I have no regrets what so ever about not doing it.

Crypticrock.com – You probably made the best decision there.  In 1989 you had the lead role as Hoax in 976-Evil.  The film is perhaps one of the most underrated of the decade.  What was it like working on that film and working with Robert Englund?

Stephen Geoffreys – It was a blast.  We had a great time.  Robert is full of energy and working with Academy Award winning actress Sandy Dennis; that was really remarkable.  She is one of the greats of acting. 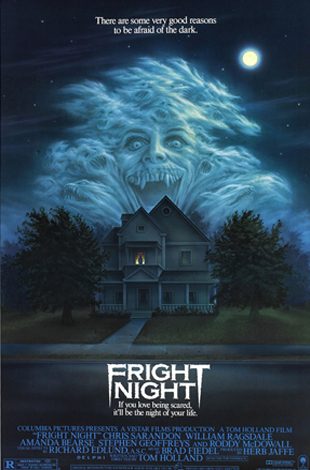 Stephen Geoffreys – Yes (laughs).  That happens anytime you are in a movie which happens to be really successful.  That is just how society is,  they think that all these people see you in one type of movie and that is actually you.  It’s kind of silly, but that’s how people think.  I have done plays and movies that I probably have been typecast as those parts go. 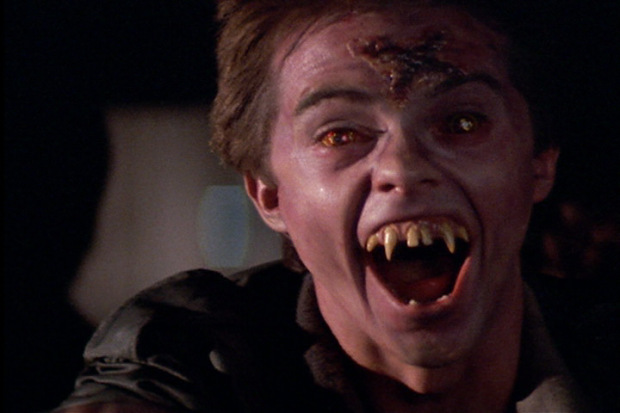 Crypticrock.com – I understand where you are coming from and that has to be frustrating as an actor to have that happen.   One of the key distinct aspects of your portrayal of characters is your ability to have amusing inflections in your delivery.  What influences your style of acting?

Stephen Geoffreys – My influence would be, whatever project I am working on, the story and the script.  I am myself and don’t think of anything outside myself other than what the objective is of the character.  I am my unique self and just do what I do.

Crypticrock.com – That sounds very natural and like an honest approach to acting.  It seemed back in the 1980’s that original horror films were plentiful, but now a day, it appears everything is a remake or rehashed idea with a lot of CGI effects opposed to real effects.  What is your opinion on the horror genre in 2014?

Stephen Geoffreys – To be honest, I have none (laughs).  I don’t think about it.  I know there are a lot of people which love horror movies, but I just happened to be cast in these movies.  It’s not a big part of my life.  I did acting in high school and college for a long time.  Specifically gearing toward horror movies never entered my mind, it just happened to be that way.

Crypticrock.com – Right, so it’s just been a love of acting for you.  With that said, in your opinion, what is the biggest difference in the film industry today from the 1980’s?

Stephen Geoffreys – I don’t see a huge difference.  Obviously technologically, there are things that can be done that couldn’t then.  I just saw the movie Gravity (2013) and it was just remarkable.  They didn’t have the technology then to do the things that made that movie highly entertaining.  To me it all comes down to a good story.  I think that is what makes any movie good.  In my opinion, whether it’s a horror , romance, slice of life, lots of explosions; if there is not a compelling story it’s pretty worthless no matter how much they invest in special effects.  That’s pretty much been the result of box office success, a really good story that is entertaining which people can relate to.  To be honest it’s not rocket science.  Since the beginning of time there are creative decisions that are made which are entertaining to people and there are those which aren’t.  That is kind of what it comes down to.  That is pretty much always been the case, even when they painted in the caves in France.  The amazing inspiration that comes from the people working on it. 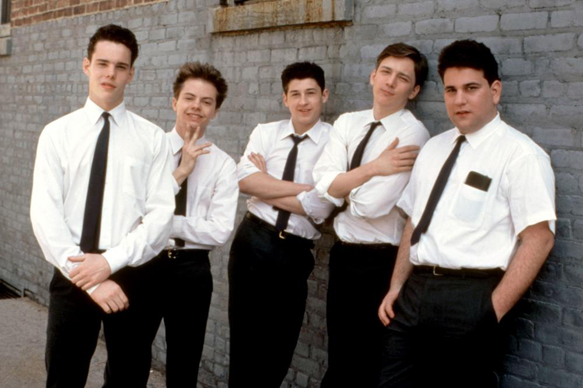 CrypticRock.com – I agree with you that story is the most essential part of a film.  Without a story no matter how vivid the effects are the film does not hold up.  As you know Crypticrock.com covers music and movies.  What is some of your favorite music?

Stephen Geoffreys – On Pandora I have a Billy Joel station, Elton John station, Paul Simon station.  I love Janelle Monáe’s  new album, I think she rocks.  Pretty much all the big singer song writers of the 70’s .  All the music I grew up with, like how the kids today love their kind of music.  Music is pretty much reflective of the times you grow up and mature.  I grew up in the 70’s and the 80’s.  I like Tears For Fears and MTV stuff.

CrypticRock.com – Tears For Fears are a great band.  They are also excellent in concert as well.

Stephen Geoffreys – Yes, I unfortunately never been able to see them.  Roland Orzabal has a incredible voice.  He’s really intense and very talented.  I came of age in the early 80’s and that is the music I most identify with. 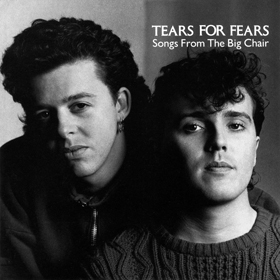 CrypticRock.com  – It was a great era for music.  What is interesting about the 1980’s music was it was a very pop music era, but the music had a lot of depth to it opposed to much of the pop music now a day. I suppose everyone is partial to a specific era.

Stephen Geoffreys – Yes, I never thought I would like rap music but there was stuff I heard which was very intense and deep.  It’s getting the message across that the writer and performer is trying to get across.  Thank god there is a variety of ways otherwise it would be kind of boring.  I definitely prefer 80’s popular music most.