Interview – Steve Dash – The Man Behind The Mask

When it comes to the acting business, its no surprise that it is a hard one to get into. No one knows that better than Steve Dash, who got his foot in the door at a later age, after retiring from the New York City police department. After a few small roles, he got is first big break to replace the first actor that was hired as the original Jason Voorhees in 1981’s Friday the 13th Part 2, although he would not know this for some time.

After the movie was released, the original actor, Warrington Gillette, was the only one credited, even though his part was a total of mere seconds, unmasked, jumping through the window. The rest was all Steve Dash, and this story finally came out years later in a memoir book about the Friday the 13th series. Today, scores of fans excitedly show their support, which has enticed Dash to get back into acting after a much too long hiatus. Recently we had the pleasure of talking to Steve Dash about his career and the movie that not only sparked his career, but laid the groundwork for an entire franchise.

CrypticRock.com – You have quite an interesting story to tell. Before you got into acting, your original career was a police officer, correct?

Steve Dash – Yes, I’m retired from the New York City Police Department. I was appointed there in 1966, then I was in an accident in 1972, and then I retired in 1977. That is when I got into the acting thing, right after I retired from the police department.

CrypticRock.com – Very interesting. How exactly did you get into acting? Did you know someone or get introduced to someone?

Steve Dash – When I was in the army, prior to being a cop, I was in the USO Entertainment, so I already had the acting bug. A lot of people I met in the army were already doing movies by the time I got out of the army. I was just recently married and I had to get a job, so when I got assigned to the police department, I was in the 17th Precinct, which was the theater district. Of course, the bug started to get me again, so I met a guy that owned an advertising agency. He said he wanted to put me in a commercial, so when I retired, I went back to the guy and I did a Right Guard commercial, and then I met other people, and then through networking, I got hot.

CrypticRock.com – Right! So you naturally wanted to do more. What was your next step?

Steve Dash – I really got started in community theater. I did a play on Long Island, then got involved in another play, and from watching the other actors, I picked up on how to do it. That is really how I got into it, and I got lucky. I hit it at the right place, right time, met the right people, and one thing led to another, and there I was.

CrypticRock.com – And here you are today! You even played a cop in quite a few movies through the years.

CrypticRock.com – (laughs) So you made it authentic. Among your roles, you are clearly known for playing the “real,” original, adult version of Jason Voorhees in Friday the 13th Part 2. What was that experience like?

Steve Dash – When I got the job 35 years ago, Screen Actors Guild was on strike, so I didn’t work in about seven months. My friend Cliff Cudney, who is a stunt coordinator, called me and let me know about the movie they were working on, which was called “Jason” at the time. He told me the guy they hired couldn’t do his own stunts, and needed someone who was able to fit into his costume. Being that I started off as a stunt guy, thanks to Cliff, he thought of me for the job. I told him I would do it, who knew then what it would become today? It was a low budget film, and when I got the job, I found out I had a bag over my head, I had no lines, but yet I had a starring role as Jason. At the time, I didn’t care because at least I was working, that was the best thing about it. 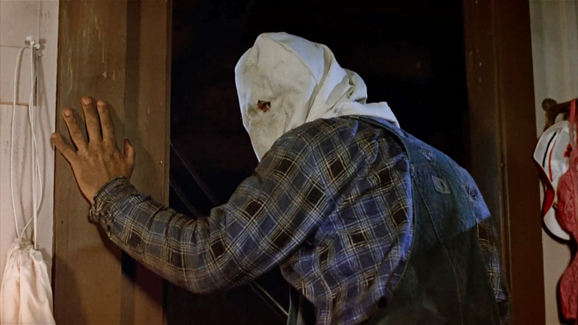 CrypticRock.com – Absolutely, it actually caught a lot of flak in the beginning. A lot of people involved in the original walked away from this project, not believing it should have a sequel, correct?

Steve Dash – Right, they started out the working title as “Jason,” and eventually changed it to Friday the 13th Part 2. In fact, when they went to the film ratings board, they rated it X and couldn’t even put it out. They had to cut a lot from the film, a lot of footage the public has never seen. There was a lot of cursing, a lot of nudity…

CrypticRock.com – Yes, nudity was very popular in the ’80s Slasher genre (laughs). So no one saw the original full version of the film?

Steve Dash – Exactly, no one saw it. I would love to see the uncut version! A lot of scenes are not in that movie, they had to cut it out for an acceptable rating. I did a lot more stunts then what was shown.

CrypticRock.com – Fans would love to see the uncut edition as well. You ended up in the hospital too because of this movie.

Steve Dash – Oh yea! I got my finger cut from the machete, had to get thirteen stitches. I broke my ribs, I got burned…Yea, I got beat up pretty bad (laughs). But don’t forget, I did my own stunts. All the other Friday the 13th films, there were special effects, the Jason’s got bigger, with me, it was about a real-sized guy. I was the real Jason, and the only guy with a bag over his head (laughs). 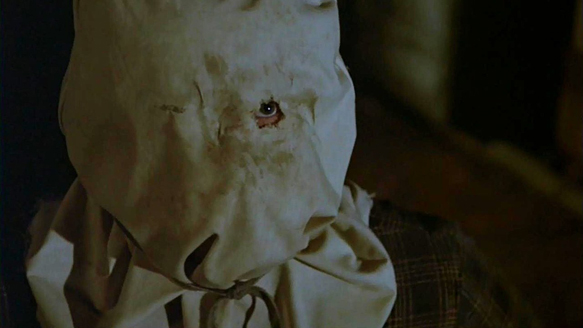 CrypticRock.com – When the movie finally came out, the part of Jason was credited only to Warrington Gillette, who obviously only had a small part where you filled in the rest. Have you ever run into him since?

Steve Dash – After this movie, I didn’t do acting for 25 years. I didn’t do conventions either. I didn’t even know about conventions. The only way I found out about them was by a guy named David Grove. He called me one day and told me he was writing a book about the making of Friday the 13th, and I immediately hung up on him because I didn’t want to be involved in it, because I knew who was getting credit as the part of Jason. He was doing conventions, he was on Good Morning America, and they never invited me.

I was obviously pissed off at that fact, and didn’t want to talk to anybody. After a while, Cliff Cudney called me and told me how David wanted to get in touch with me because he wanted to tell the actual story of how I was involved and how I got screwed by Paramount. He convinced me to talk to David, and that is how the story finally came out.

CrypticRock.com – That is quite a story and one could absolutely understand why you would be frustrated. So that is how you finally became involved in doing conventions?

Steve Dash – Yes, all of a sudden, I started doing conventions, and apparently no one realized what actually happened. I soon found what a tremendous fan base there was. After doing this for about ten years now, I can’t believe how many people came out to see me. It’s amazing.

Cryptic Rock.com – That is wonderful to hear. The experience has been good then?

CrypticRock.com – They are very happy to have you back. Friday the 13th followers missed you.

Steve Dash – That is what they keep telling me! I don’t know why, I’m 72 years old, and I’m still showing up (laughs)!

CrypticRock.com – (laughs) As stated earlier, you have been in a lot of movies. That said, do you prefer a role in Horror or do you like diverse roles?

Steve Dash – Any acting job that I’m getting paid for, I’ll do. How’s that?

CrypticRock.com – Fair enough (laughs). It is an honest answer to an honest question. You also did a lot of television as well, right?

Steve Dash – A lot of TV. I was in a few Soap Operas, One Life to Live, Guiding Light, One Day at a Time, Ryan’s Hope…. That is actually how I got into SAG. I didn’t have my SAG card, and the only way I could get into SAG is if I had a speaking role in AFTRA (American Federation of Television and Radio Artists). When I was doing Ryan’s Hope, they called me as an extra, of course as a cop. At first I had no lines, but I made friends with a lot of guys on the set who knew I was trying to get into SAG, and they convinced the director to give me a line, all I had to do was say, “Hello,” and I was eligible to join SAG.

CrypticRock.com – Since you have been involved in both television and feature films, how do you like TV acting as opposed to film?

Steve Dash – Payday is the best! (laughs) My creative juices are there, that is true, but I love it. Whatever it is, I’ll do it.

CrypticRock.com – Well, its not really work if you have a passion in it.

Steve Dash – The one thing I can say is, in the last fifteen years, I don’t just take anything to go on in front of a camera. I try to have a role that has some significance in the plot, I want to move from the back to the front of the film. For instance, I’m going to do a motorcycle film this coming November called Nations Fire. My friend Thomas J. Churchill is directing and producing it. Tom and I have a relationship that is similar to Martin Scorsese and Robert De Niro, he always wants me to be in his movies, but I turn a lot of stuff down.

CrypticRock.com – That is great to hear and something to look forward to. Are there any other projects coming up?

Steve Dash – That is it besides some conventions, but we’ll see what comes along after Nations Fire.

CrypticRock.com – That sounds good. Our last question is, if you are in fact a fan of the Horror/Sci-Fi genre, do you personally have a favorites?

Steve Dash – That is a good question! There was a film that I saw as a teaser, I unfortunately don’t remember the name. Brief plot is there is a guy and a girl sitting in a coffee shop, and she’s telling him that he doesn’t have to do this, and he tells her different. Basically, he has 5 hostages in the shop, but there is a sharp-shooter aimed at him the whole time. There was a lot of suspense. Besides that, one of my favorite movies of all-time is Beetlejuice (1988). That was my all time favorite. I love all the actors, and the ending with the Mambo music, it’s just a brilliant film.