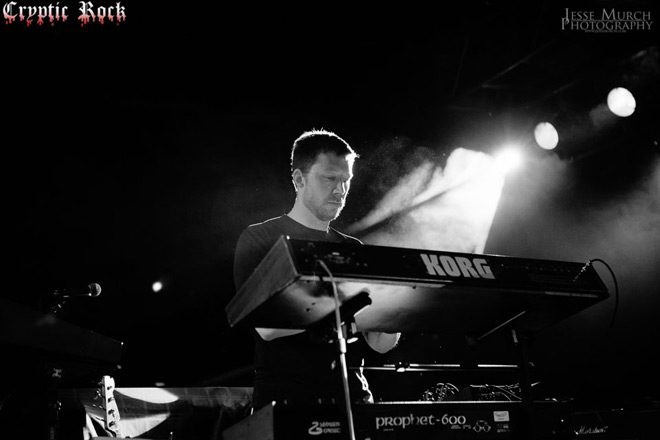 Growing up loving music and film, Steve Moore would later turn his fascination into a creative muse that would take over his life. With great appreciation for the art of the soundtracks, Moore would become obsessed with the synth laden music of his youth, thus forming his own band, Zombi. One-half of the instrumental band, Zombi would become a building block for Moore’s exploration into soundtrack composition for a list of films. Allowing his imagination to run wild, Moore continues to write cinematic masterpieces and struck gold once again with his work on Aaron B. Koontz’s Camera Obscura which hit theaters on June 9th and VOD June 13th via Chiller Films. Recently we caught up with the composer to talk his love for synthesizers, the work behind Camera Obscura’s soundtrack, future plans for Zombi, and more.

CrypticRock.com – You have built a name for yourself over the past decade playing with Zombi and then composing for soundtracks. First tell us, what inspired your interest in synth-based music?

Steve Moore – I was just child of my age. Even as a kid, I was really into Sci-Fi and Horror movies. Pop music when was I was a kid, synthesizers were everywhere. Grunge came in the ’90s, everyone else moved on, but I just didn’t. I just always loved synth and that is what I always wanted to work with. 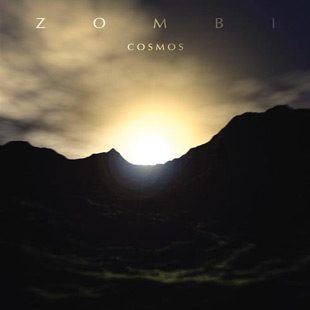 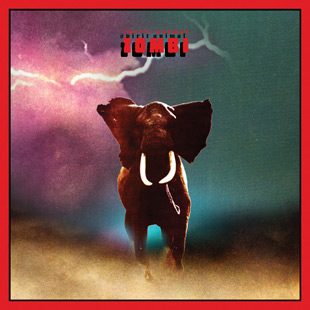 CrypticRock.com – That passion certainly seemed to pay off. As mentioned, as one-half of Zombi, the band has really captured fans’ imaginations with wonderful synth-based soundscapes. Was soundtracks naturally the next step after Zombi?

Steve Moore – I always wanted to do film scores since I was a kid, I was sort of obsessed with movie soundtracks. The idea of going to school and getting a masters in music, I have a bachelors in music, but the idea of going through the kind of training involved, going the old fashion route of writing orchestral music, just didn’t fit with me. A lot of my favorite composers such as Danny Elfman, and other guys that used to be in Rock bands before they went onto film scores, that is sort of the route I wanted to take to get some connections through my music which would lead to film scores. I guess that is what Zombi was. They are two sides of the same coin. 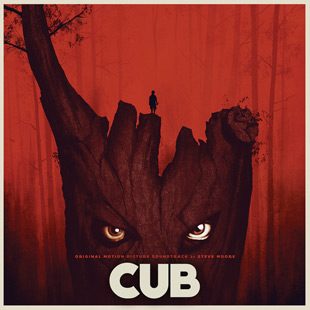 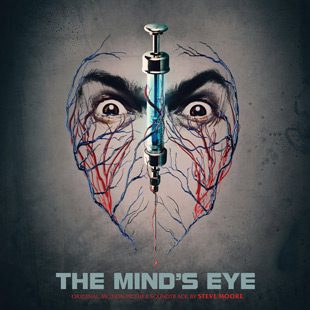 CrypticRock.com – Interesting. You have been composing soundtracks for some time now. Of recent, you have composed music for various Horror films including the most recent Camera Obscura. How did you become involved with this project?

Steve Moore – I got called from Aaron B. Koontz, who is a fan of my music. He mailed me in around 2 1/2 years ago. He told me I was one of the first people he was reaching out to get on board. He had such a passion and commitment about it that we stayed in touch over the years. I guess it was through my music and Zombi that he discovered the type of music I make, which he felt would be appropriate for his vision of his film.

CrypticRock.com – The vision your music helps create really is quite compelling and adds depth to the scenes. As a composer, how do you capture the mood of each scene put in front of you?

Steve Moore – I like to look at the movie and the pacing of the scene with the score, sort of in the same terms the way you might look at the sequence of an album. I like a lot of contrast and a lot dynamics. I like the quiet moments and the really loud moments. In this movie, it was a lot of working with. This is a very dynamic movie which has a very slow build to it. I wanted a soundtrack that can be listened to it on its own for the most part just as an album and it should have the same sort of cohesion. 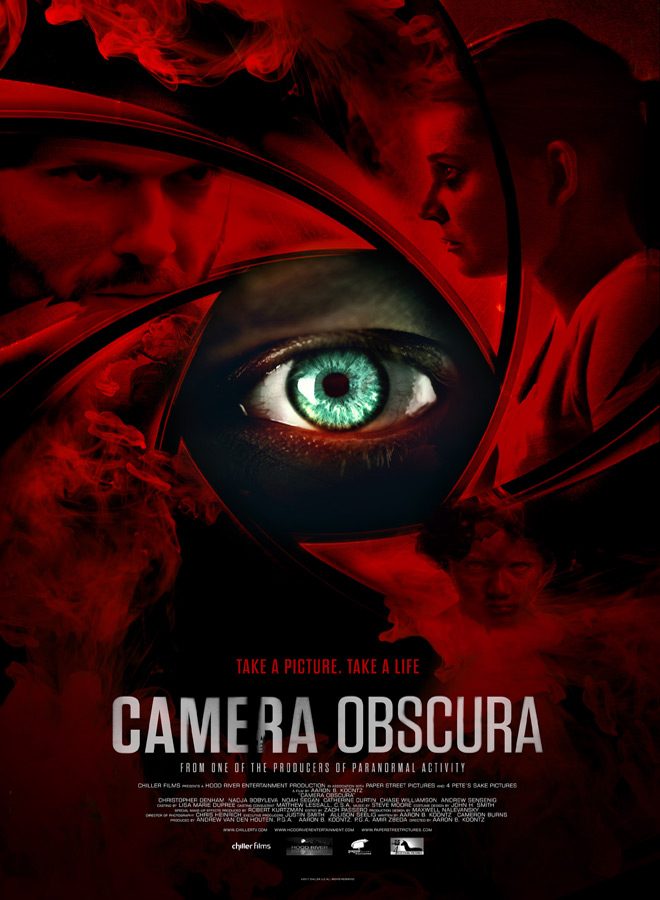 CrypticRock.com – That is completely understandable. As you stated, the work with Camera Obscura began sometime ago and now it sees a proper release as of June 9th. With Zombi, you last released a record in 2015, is there new Zombi material on the horizon and what future projects do you have forthcoming?

Steve Moore – We have actually been doing a lot of touring. We only just started writing some ideas for the next record. Recently we did a European tour with Ghost, we also played in Albany. We have been a lot of shows with them over the last year and a half. I am hoping to start writing this fall and putting a lot of time into that. I did a bunch of scores last year. I have a score coming out soon for a movie just now playing festivals called Mayhem from Joe Lynch, it stars Steven Yeun from The Walking Dead. 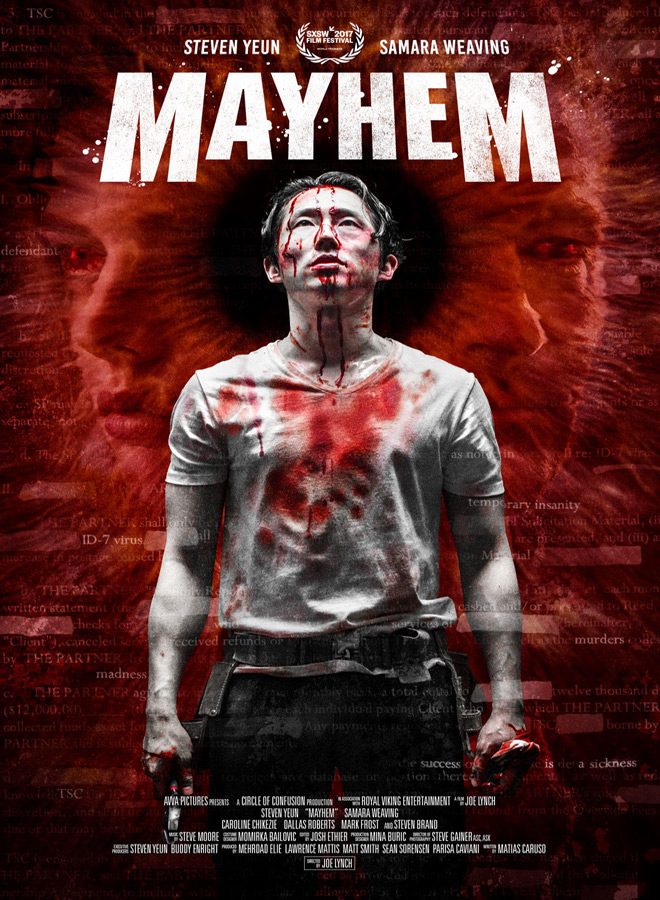 CrypticRock.com – It sounds like you have kept yourself busy. How has your touring experience been with Ghost?

Steve Moore – I find the Ghost audience is pretty open minded. Ghost is a very special thing, it is not for the Metal fans that are very closed-minded, obsessed with form and structure, or not “true Metal.” I find some people who come to their shows are interested in Pop music even. I find they usually like the idea that they are hearing this very strange band that Ghost wants you to hear. 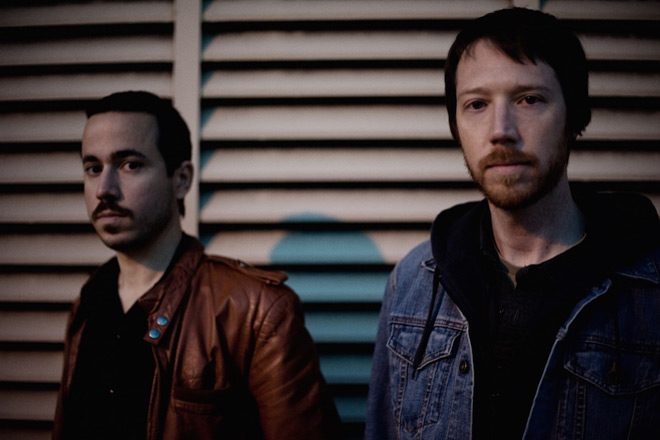