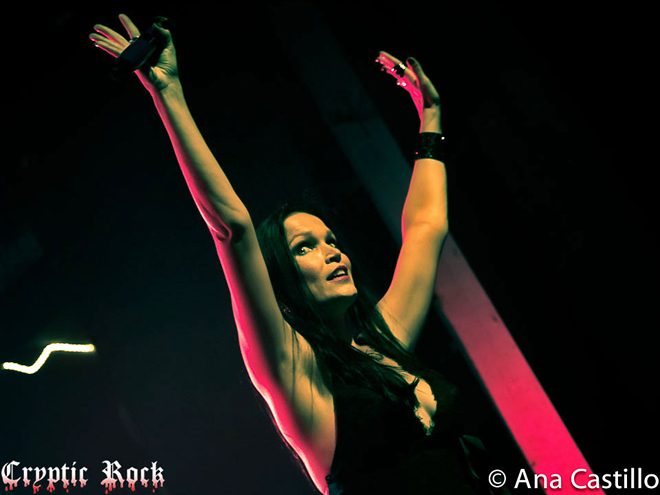 Even though we are over fifteen years into the new millennium, it is still possible to find people who think musicians from the world of Heavy Metal are one dimensional, somehow lacking the talent exhibited in other, less rebellious genres. Tarja Turunen is one of many individuals creating art which completely flies in the face of such outdated notions. It is no surprise that even as she entered the world of Heavy Metal as a teenager, she was also schooled in Operas by Verdi and ballads by the likes of Aretha Franklin. Coming from a small town in Finland, Tarja first conquered the world as the singer and face of Symphonic Metal greats Nightwish, but the truth is she has now spent more time professionally away from Nightwish than she did within that band’s world-touring ranks.

She has proven that her appeal and her acumen can not only sustain a thriving solo career, but now Tarja has laid down a mighty piece of work in the form of Ave Maria – En Plein Air. Showing a peerless versatility, she presents the classic “Ave Maria” and focuses it through the lens of some of Classical music’s old-school and contemporary heavyweights. Recently we had the opportunity to chat with the Finnish virtuoso, to get a glimpse into the inspiration behind her temporary departure from the Heavy Rock world.

CrypticRock.com – Last we spoke, in 2013, you were busy supporting Colours in the Dark. Since then, you have been extremely busy working on new music and touring. Tell us, do you enjoy keeping yourself very busy, and does this keep your creative juices flowing?

Tarja Turunen – That’s the way I am. I love jumping into new challenges when they appear and love also challenging myself with my art. I have been extremely busy in the last couple of years and sometimes felt a need for a holiday, but in the end, the overall feeling is that I really love what I do. It is a blessing to be able to create your own art. 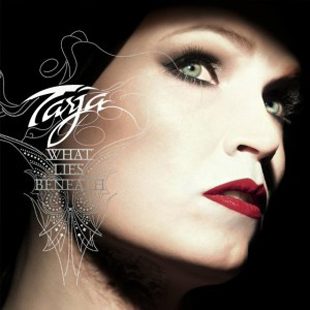 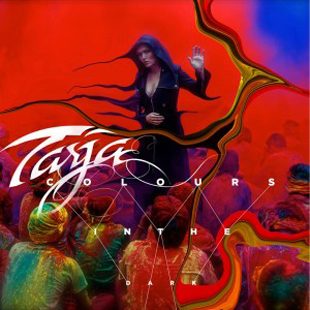 CrypticRock.com – The more enjoyment you get from your career, the less like work it feels. En Plein Air, your latest album, is quite a departure from your normal recorded output. Being that your origins are steeped in Classical music, do you feel it is more natural for you to work in this medium as opposed to the Heavy Rock genres?

Tarja Turunen – As this album was my serious debut in the Classical music field, I was overwhelmed by the amount of work it required from me. I wanted to do the recordings properly and spent a lot of time in practicing the songs together with my vocal coach. It felt natural because the way of singing on this record is the way I have been training my voice since I was 16 years old, but on the other hand not natural since I haven’t been able to concentrate completely on lyrical singing in the last 20 years. The reason for this is my activities within the Rock genre. It’s been a big challenge for me to find a balance between Rock and Classical music, but nowadays I have to say that I have found it. I am happy having tours and projects also with Classical music.

CrypticRock.com – Straddling both genres gives you different outlets, which must be invigorating for you as an artist. Can you tell us a little bit about how your collaboration with the Lakeuden Risti church came about. Had you ever performed there prior to recording Ave Maria – En Plein Air?

Tarja Turunen – One of the reasons to make the recordings in that particular church was its acoustics and the fact that I had sang there already. I also wanted people to discover our talented architect, Alvar Aalto, who designed the complete church, including its organ. The church people knew who I am and accepted me to use the place for three days. 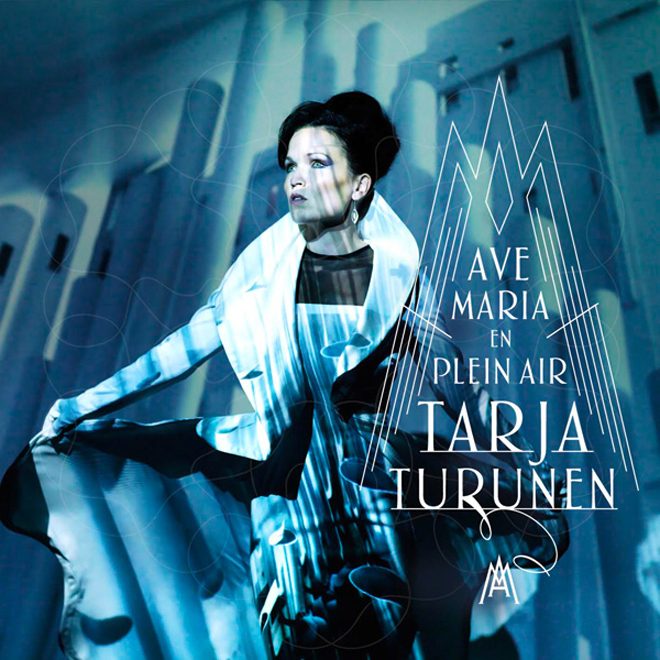 CrypticRock.com – How nice to be familiar with such a grand, magnificent setting. You fronted one of the most successful Symphonic Metal bands in history in Nightwish, then built a thriving solo career for yourself. Would you say that this success has given you the artistic freedom to pursue recordings such as En Plein Air? Can fans expect to see you pursuing more Opera or Classical projects in the future?

Tarja Turunen – The freedom as an artist that I have today is something I would not like to lose ever. I am producing my records and deciding about everything that’s included in my artistic life, so it is a beautiful freedom. Hopefully in the future I could come up with other Classical recordings, but I don’t have any concrete plans for it yet.

CrypticRock.com – No doubt your fans will have an added element of excitement knowing you could produce either Rock or Classical in the future. While performing “Ave Maria” selections live this past year, were the crowds at the shows comprised of Classical music fans, fans of your Rock output, or both? If both, were the venues a little bit louder than people are used to at such events?

Tarja Turunen – Since many years, I have done Classical appearances, tours etc., and in all those events, my public has been a mix of people. My Rock fans are fully aware of my background with Classical music and many of them are following me through all the tours. In general, people today are much more open-minded than we might think. My listeners are very loyal to me and enjoy my activities in both music genres. The venues I performed during Ave Maria-tour in last December, were churches and theatres. The acoustics of every venue were good, and no, I would not say that my concerts were louder than the concerts they hold normally. These performances were purely acoustic and the music played was peaceful. 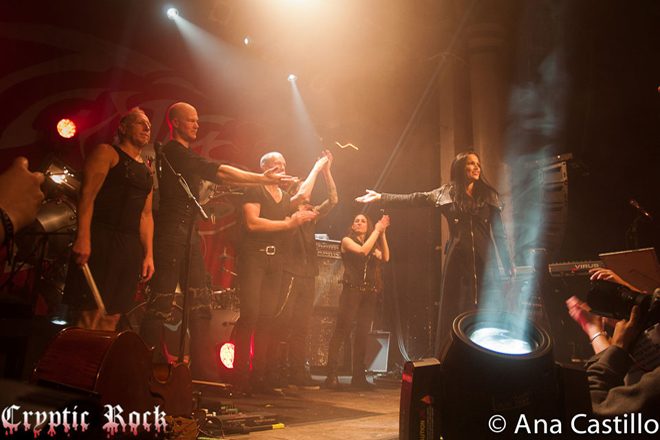 CrypticRock.com – It must have been a breathtaking experience, indeed. You presented the work of a very varied group of composers on Ave Maria – En Plein Air. Can you explain to our readers why you picked these particular musicians. What stands out about their particular talents in your eyes?

Tarja Turunen – These “Ave Marias” are my favourite ones, but there are more than 4,000 “Ave Marias” written. There is much more for people to explore if they want to! I wanted to select songs that make my album interesting. That’s why there are songs with different styles from different kinds of composers.

CrypticRock.com – You certainly achieved a nice mix of modern and classic composers, with many talents. What was the recording process like for Ave Maria – En Plein Air? Does singing in the style of Classical music and Opera require any special preparation on your part, or is it similar to when you sang in Nightwish and for your solo career?

Tarja Turunen – The preparations for this album’s recordings took me a long time. I needed to go through the songs carefully with my vocal coach, train my voice during several months and not to do any other musical activities during this period in order to be able to make my best for this project. My singing on this record differs a lot from my singing with my own band and within Rock in general. In Rock, I am using my knowledge as a lyrical singer, but the way I am using my voice for Rock is still different from the way I am using it for Classical music. It is a pretty obvious thing to realize if you listen to my Rock albums and you compare them with my Ave Maria album.

CrypticRock.com – It is quite incredible how much work goes into these creations, and that is something good for fans to have a grasp of when considering your work. What does the future hold for you in terms of new material? Have you given any thought to where the next step on your journey might take you?

Tarja Turunen – My new Rock record is ready with its production and it is going to be released during the European summer time worldwide. After its release, naturally the touring with the album will begin. I am currently working as a coach in the Finnish version of The Voice TV program and this is my second season there already. This, among many other projects that are going on at the same time, will keep me very busy during this year. 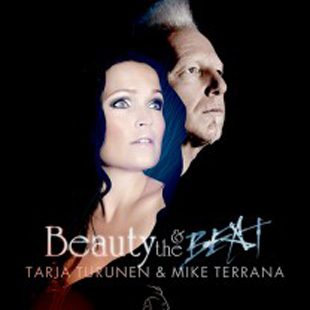 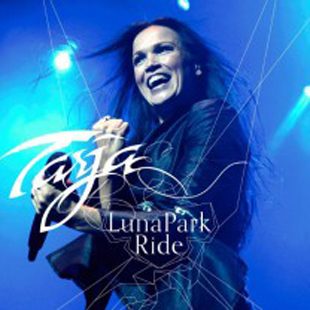 CrypticRock.com – It would be really cool for fans to see you on such a program. That is pretty cool! On En Plein Air, you can be heard singing and speaking in a multitude of languages. Are any languages more difficult to sing in than others for you?

Tarja Turunen – Actually, I would say that Finnish is a pretty difficult language to sing in, even though it is my mother tongue (smiles). Other difficult languages that I find hard are Russian and Czech. Even though on this album I didn’t record with any of them.

CrypticRock.com – Whether back in the day with Nightwish, or throughout your solo career, you have performed in venues all over the world. What were some of your favorite cities to perform in, and which ones are out there that you badly want to be able to visit and perform in?

Tarja Turunen – I would love to visit Asia and US again with my own music, because it has been very hard for me to tour in these territories. Hopefully the change for that will happen one day. My favorite cities to perform have always been Buenos Aires (Argentina), Sofia (Bulgaria), or Milano (Italy), just to mention a few. Anyway, I always love to visit new places and discover the cultural changes they have to offer.

Tarja Turunen – The last couple of years, I have only seen animated movies since I have a little daughter of 3 years old! We are mainly going to movies to check the newest releases for children (laughs). 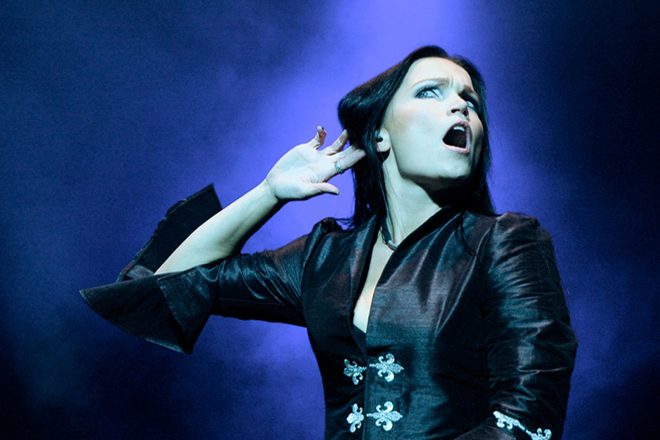 Colours in The Dark · Act I Promo Image