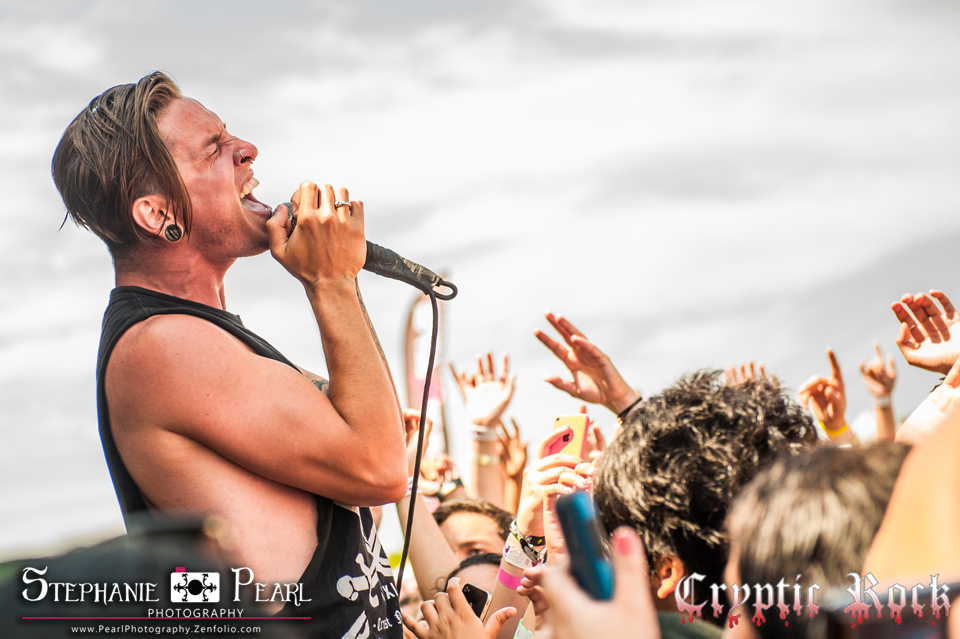 Positivity is a powerful force of nature that can lead to great things. Fully subscribing to that outlook, Arizona based band The Word Alive has come a long way in six short years.  From their humble beginnings, playing their local scene, to an internationally known act, performing on Vans Warped Tour and dominating on some of the heavy music’s biggest bills. Now on their third full-length album, Real, the band looks to raise the bar for themselves and their ever growing fan base again. Recently we sat down with lead vocalist Tyler “Telle” Smith for an in-depth look at the progression of The Word Alive, never taking anything for granted, performing live, and much more.

CrypticRock.com – The Word Alive came together in 2008 and it really has been a steady rise for the band, since then releasing three successful albums and building a strong fan base.  Could you ever have imagined the success the band has attained this far?

Telle Smith – No, it is weird because obviously every band wants to do well, but you never really, especially when you are first starting out, set that goal that you need to be a certain level to be successful.  When we were playing shows, and started playing for more than 50 to 100 kids a night, we said it was pretty rad. Now we play to thousands and it is pretty surreal still.  I try to go on stage every day and think I could be doing anything and it would not be awesome. There are so many things everyone could be doing, but we all ended up here.  It is pretty rad that the path each of us took in our lives brought us all together to do this. 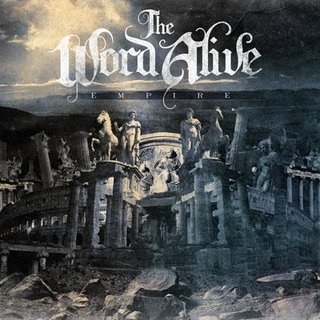 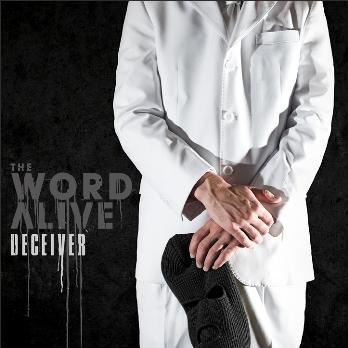 CrypticRock.com – It has to be redeeming to see the growth.  The band’s sound displays a variety of emotions through your lyrics and the vocal delivery.  How does it feel for you to know that your music quite possibly has helped others through difficult times in their lives?

Telle Smith – The older I get the more I realize words have a really big impact on people, whether it is in song or something they read in a book.  If I could go back, I probably would have kept that in mind a little more when I was younger in writing.  I had to learn the hard way with some things and put them in songs.  The way I write is an example of what not to do and sometimes what to do.  I am a firm believer of the power of positive thinking.  I think that happiness is a choice.  I think a lot of paths people are on is dictated by what they allow in their lives; negative or positive.  I try and create an atmosphere of trust and understanding through my lyrics.  People that can get into our music know that it is obviously something I have been through and obviously I am still here.  Most of the time I am a pretty happy dude.  Hopefully it can be some form of inspiration for someone to maybe think a little more positively. 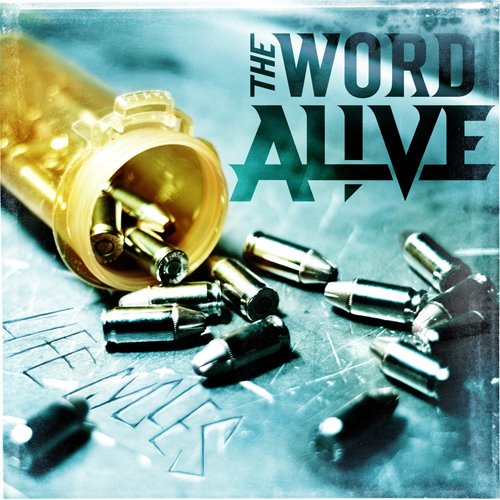 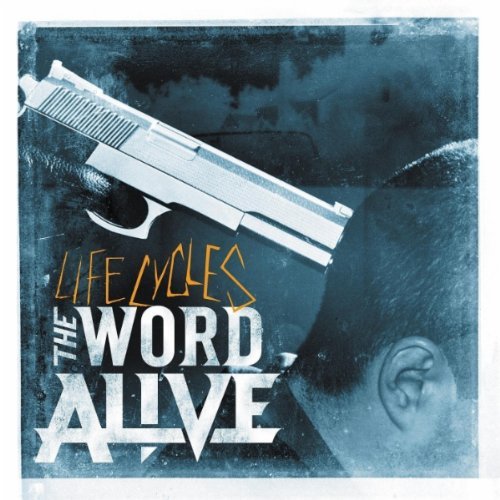 CrypticRock.com – There is so much negativity in the world so it is great that you have that outlook.  Now with the release of Real back in June, the band sees their sound progress even further.  What was the writing and recording process like for the album?

Telle Smith – Luke joined the band right after Life Cycles (2012) had been tracked.  Daniel joined the band before that album had been recorded.  I think it was a combination of basically doing an entire album cycle and us getting more on the same page. I think we developed who we were a little bit more.  Even though we developed it more, that expanded our range of what we could write. I think we wrote a record that showcases each of our individual influences at extreme levels at times and a combination of all five of us in tune.  I think it really made for a very diverse writing time for us.  When we went in to write a song, our goal was for every song to be best the song that we have written.  Obviously we are going to have favorites and there are going to be certain songs that stand out to fans and critics, but for us we just wanted to write a record that we were really proud of.  We are into our third full length, plus an EP.  The World Alive was founded technically six years ago, but we have been touring for about a little over five years; a lot of bands do not make it that far.   If we can just write one record that showcases everything we love and try and make the best overall Word Alive record we ever done, and if it does not catch, at least we went out making a record that we were all really proud of.  Thankfully that has not been the case and it is really continuing to grow.

All and all the writing process was way more cohesive.  Instead of writing a ton of songs we really focused on certain ones.  We would get a song dial in, write, rewrite, change stuff, and hopefully make it better.  Overtime we would develop those songs into what they are now, instead of making a bunch of songs and keep going.  We really spent time with each song to make it the best it could be.  I think that is the biggest difference that helped us with this writing process. 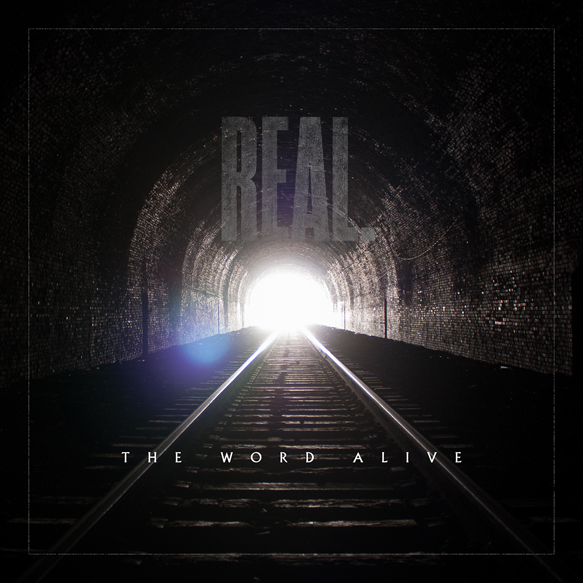 CrypticRock.com – It seems with this record the band is trying to broaden your style and create something that is not simply labeled metalcore.  There are some extremely heavy tracks and also some extremely melodic ones.  Is that something important to the band to do?

Telle Smith – One thing I always say is I hate when The Word Alive is put into a box.  I hate when people call us a metalcore band. I hate when people call us a post-hardcore band, or whatever.  Everything derives from rock music.  Obviously there are variations of how heavy something is.  I think it has kind of diminished people’s open-mindedness and how they perceive music.  Now instead of listening for a great song, they are listening for how heavy is a breakdown, how is their solo, is he screaming a one liner that everyone can sing along with.  This album, I specifically wanted to showcase more of what I can do.  I do not just want to be a screamer; I started out as a singer.   I consider myself a singer first.  For me in particular, I wanted at least a copy of songs that I could really showcase my voice and also at the same time the guys song writing abilities.  Show that we can write more than just riffs, breakdowns, and solos.  Obviously there is that on the record as well, and when we do that it is fresh and unique.  I think there are multiple spectrums that we touched on.  There are really heavy songs like “Last Castle”, but there are dark heavy songs such as “Collapsing” or “Terminal”.  Then you have songs like “Lighthouse” and “The Runaway” which could be a different band; but that is the point.  We want people to think The Word Alive can do any of those things instead of just one.  That is why we really wanted to make sure our record was diverse.

CrypticRock.com –  Right, you do not want to be pigeon-holed in to a genre, you want to be able to offer fans something different each time you write and record.  As stated, the music bleeds a spectrum of feelings that assimilate with many people.  Beside the effect on others, how does the emotional release through music affect yourself?

Telle Smith – That is right, usually no one asks about that side (laughs). Honestly, I hear a lot of frontmen talk about how being on stage is like a form of therapy.  For me, that is somewhat true, but I think the writing and recording side of it is more of the therapy side for me.  When I am performing live, that is just a rush, like an adrenaline junkie.  I feel a rush that I do not feel when I am doing anything else.  Family, friends, my girlfriend, and my daughter are things that make me happy longer after I am doing this.  This is a different kind of thing, but I feel like I am giving back to the world that helped make me who I am.  It is more along the lines that I feel about this circle of life in music where people inspired me to get on stage and do what I do.  There is going to be random times at shows where a kid in the crowd one day will be playing Vans Warped Tour because of The World Alive.  That whole circle of life is what I love.  That is how I can express my gratitude to continue to do it.  It makes me feel good when I am performing.  If I am having a bad day, it definitely can help.  If I am having a great day, being on stage is just the icing on the cake. 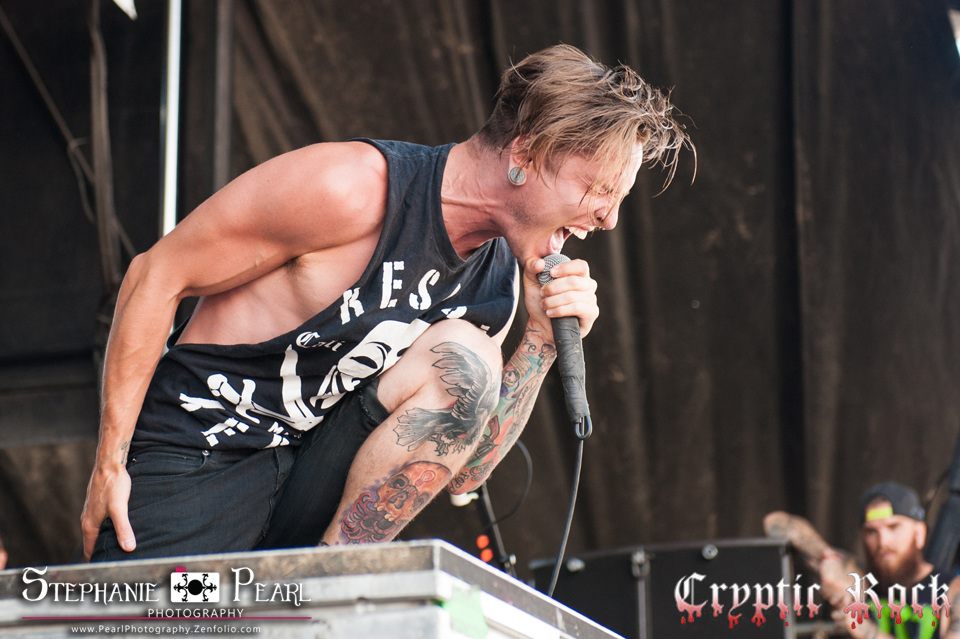 CrypticRock.com – That is a great outlook to have.  It is not an attitude many ever achieve in life.  My last question for you is pertaining to movies.  CrypticRock.com covers music and horror films.  If you are a fan of horror films what are some of your favorite horror films?

Telle Smith – Halloween (1978) is my favorite, the series as a whole, I think Halloween H20 (1998) was a little cheesy.  I think Michael Myers is a badass; I think he is my favorite character.

CrypticRock.com – The original Halloween is a classic.  You talk about music the theme song by John Carpenter which plays such an intrigue part to the effectives of the film.

Telle Smith – It is so good.  If you just play that song and there is a storm outside and dark in  your house, it does not even have to be to a slasher film, it is just straight up perfectly haunting music.

CrypticRock.com – Yes that is totally true.  That is something you can say about a lot of older horror films.  The music was such an intricate part of it.  You take away the music from Friday The 13th (1980), or some others, and the films are not scary anymore.  Do you have some others you enjoy?

Telle Smith – Back in the day Child’s Play (1988) and even Pumpkinhead (1988).  There are a million; there are so many now a days.  I think the ability to make a really over the top scary movie is in place now, I just think they have to bring back that originality.  I like the movies that feel like real life.  I like the ones that are scary because it can happen to you for the most part.  That is why Halloween is probably my favorite because for the most part that could be a dude with a mask who decided to kill people on Halloween.  Even the original Scream (1996) was really good.  I just do not think they make them like they used to.  I think Rob Zombie is attempting to keep that old school horror movie vibe, but we will see if anyone else is really going to do it. 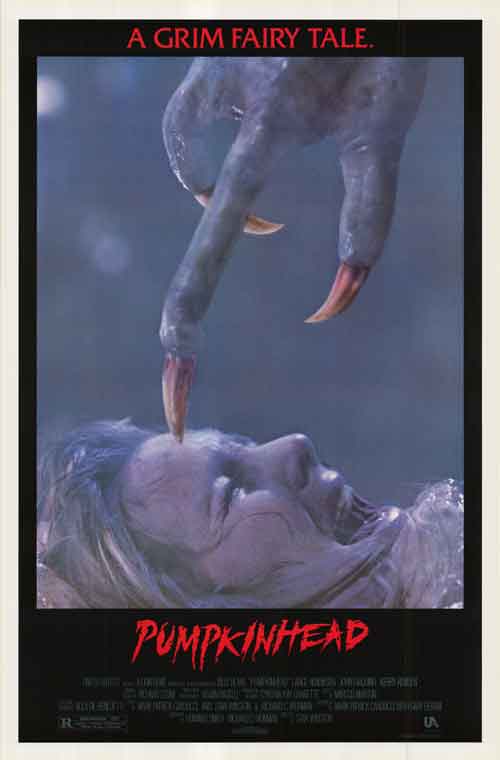 Read the review of Real on CrypticRock here