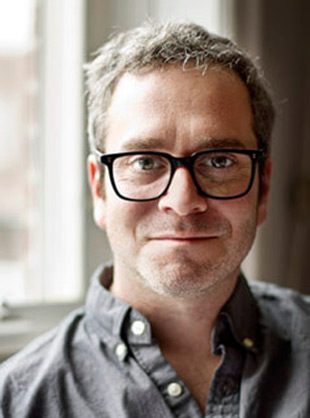 Many times, creativity is achieved in non-conventional matters. Proving such, talented Film Director Tim Sutton aims to strike a chord of human emotion with his third full-length feature film, Dark Night. Loosely based around the 2012 shooting in Aurora, Colorado that took place during a multiplex screening of The Dark Knight Rises, Sutton’s vision is a surreal look at modern society. Shown at the 73rd Venice International Film Festival, AFI Fest 2016, as well as Sundance Festival 2017,  Dark Night was picked up by Cinelicious Pics, opening at The Alamo Drafthouse in Brooklyn, NY on February 3rd and the 9th out it Los Angeles, CA. Far from what one would expect from a Documentary-styled film, Sutton’s vision is surreal and enticing. Recently we caught up with the filmmaker to talk the concept behind Dark Night, the message behind the film, and much more.

CrypticRock.com – You have been involved in film production, writing, and directing for some time now. First, tell us, what inspired your interest in pursuing a career in film?

Tim Sutton – I was in graduate school in Madison, Wisconsin for African American studies and cultural criticism. I took an ethnographical film class, I got a camera in my hands, and it was really the end of it. I felt very natural with the camera and telling stories. I wanted to immediately go to New York and learn the film business, it was really a natural fit.

I grew up drawing my own Comic books, loved movies, and loved photography. When I began the actual act of telling stories through action and cut, editing, filming, as well as collaborating with a crew of people, I just fell in love with it. I have never not loved it since then. 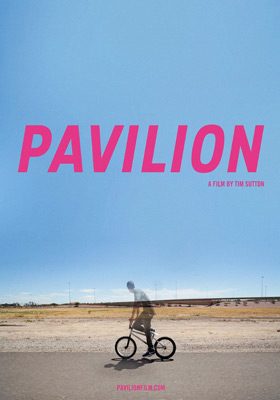 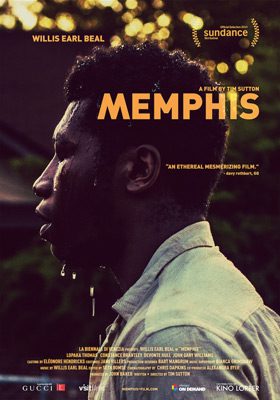 CrypticRock.com – It seems like a natural fit for you. In recent years you have written and directed a handful of feature films, your most recent being Dark Night. Loosely based on the tragic shooting that took place in 2012, what was the leading spark that made Dark Night begin for you?

Tim Sutton – When Aurora, Colorado happened, like everyone else, I was horrified by what happened. I was horrified for the people who died in theater and their families most importantly. There was something else that happened, the idea of going to the movies. That place where you go into a movie theater to kind of turn off, dream, watch the director’s dream, and have your own daydream while watching the cinema, was forever corrupted.

The fact that Holmes walked into the theater and threw out tear gas, people applauded, because they thought it was the studio doing a promotion. I thought there was something so wicked in that, years later, when I decided to tell the story, I thought it was really important to tell, and I knew no one else would do it.

Frankly, I knew that the industry I worked in would be less interested in that kind of story unless it was something like The Dark Knight Rises or something more visceral, more genre, more Thriller. What I really wanted to do was make a film, not about violence, but the threat of violence.

I wanted to make a film not about death, but the lives people lead, even the most mundane moments and how fragile they are. Gus Van Sant made Elephant (2003), before that, Alan Clark made a movie called Elephant (1989), which was about the troubles in Northern Ireland. I thought it was really important that some continued that conversation; a direct cinematic response to violence. 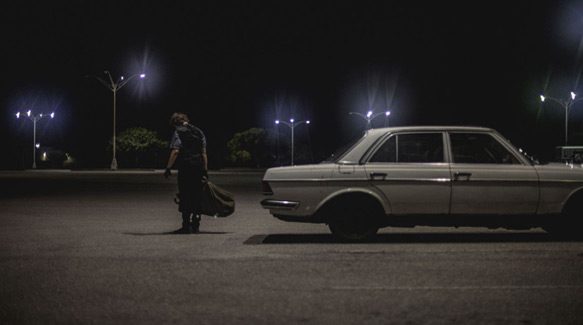 CrypticRock.com – It certainly is a very compelling film, perhaps one that would take the average viewer time to dissect. There is a clear atmosphere throughout the film. Was it challenge bringing this to life under the parameters you worked?

Tim Sutton – It was a challenge in a lot of ways. In certain, it was a good challenge. I was trying to figure out a way to tell a story that speaks for national tragedy while still being respectful. I think it was an important challenge to tell a story that was about violence, but did not show violence. It is more scary for me to wonder about it and feel like it could be coming, then to actually watch a violent scene happen. It was a challenge to make this film as precise as it is while using a small crew and a cast of non-actors.

The most challenging thing about it was getting people to finance this film. I think a lot of people were very supportive, but did not want to necessarily be an investor in this film. One, because I do not think they saw money in it, and our business is run completely by money, rather than by message.

There were some investors who walked away from the project when I refused to use actors instead of non-actors. I did that specifically because if you see Joaquin Phoenix on the screen, you kind of know who the killer is right away. It was important when you looked up on the screen you saw your neighbor, your niece, or yourself. Through the anonymity of the character, you were able to immerse yourself more as an audience.

It was also hard to finance the film when a couple people walked away because they wanted me to make the shooter a more stereotypical evil, like an evil villain. I think the act that these shooters do in this movie, and more importantly in real life, are evil, but I cannot speak to evil as a person. I think these people are delusional, depressed, deranged, lonely, there are all sorts of things going on in their lives. I think it was more important to not try to explain that, but just observe it and not make a judgement on it.

The film is not pro gun, it is not anti gun. My politics are anti gun and stricter gun laws, but as an artist, I just wanted to show the country for what it is as well as show people for who they are. That was a challenge to make something subtle, authentic, rather than something more traditional. I am glad we did it the way we did it. 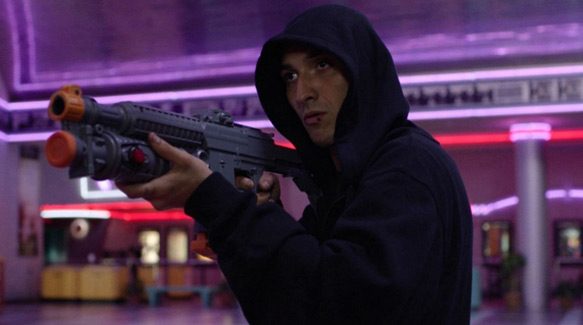 CrypticRock.com – It worked out well, and the format the film is made in is effective. You had mentioned about conveying a message. Another message strongly displayed in the film is the individuals are detached from life; looking at their cell phones constantly, taking photos of themselves, not speaking with one another. Is this something you were looking to drive home as well?

Tim Sutton – For sure. I think people talk about the movie as a gun culture or gun violence movie, I think guns have a great deal to do with it, but it is all connected to me as a larger society issue. The issue of isolation, the issue of lack of trust and lack of community.

I think we are all buried in our own world via our own screen, I count myself as part of that. The selfie-girl in the movie is based kind of originally from me, I don’t take selfies, but I do live a great deal of my life on instagram. I document my life on instagram and I wonder when I look back on it in the future, will I remember my life, or just this version of it? I was trying to talk about the larger picture, guns, but all the culture of screens, video games, and the kind of suburban malaise the country seems to be going through.

CrypticRock.com – Yes, the film also shows a strong level of lack of disconnect between people. There is a lack of relationship, people are sitting next to one another in the film, but no one talks to one another. It is a rather frightening and telling commentary on modern life.

You see people on the sideway, take a good look, who is looking at their phone, looking up at the sky, or people watching. Everyone is buried in their own isolation. I don’t have any kind of answer or theory for it. I see it and it is our culture now. I just wanted to show that. To watch that is hard, it is almost as hard as some of the violence to watch people isolating themselves, yet it almost a part of our daily lives. 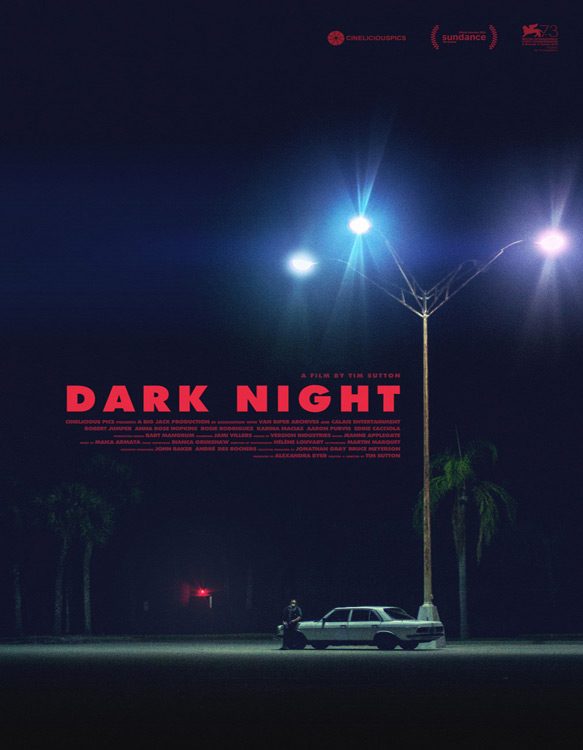 CrypticRock.com – Well this is prevalent and potent in the film. The film is predominantly very quiet, there are moments of music mixed in, creating a rhyme to it all. What was editing like to make sure everything flowed the way you wanted?

Tim Sutton – I find that silence is rare. If you think about it, it is never truly silent when you are walking through the streets, even when it is very quiet. In movies, and in media in general, louder equals better. I believe it is so much more effective, if you really want an audience to focus, you take away the sound or visuals.

The film starts only with music, only with voice, and a black screen. When you are watching the man unload his gun in the shooting range, there is only silence. That is because we are used to the kind of bang around of everyday life and mass entertainment. If you show the same gun in close up, discharging eleven times, and it is just silence, you witness the awesome power that weapon holds. You are close to that gun in a way that you would not necessarily allow yourself if there was sound.

Editing the film was always a nuanced and strategic choice of when to use sound, how to use sound, when to use silence, when to add in the “narration of music.” I find that process really exciting. There is often a very obvious formula to filmmaking, the same way there is a formula to anything. There is certainly a recipe in this filmmaking, but the recipe is filled with originality and filled with moments that other films would not necessarily dare to go. I find that is one of the things that make this film special.

CrypticRock.com – Agreed completely. My last question for you is pertaining to movies. CrypticRock.com covers music and Horror/Sci-Fi films. If you are a fan of the genres, what are some of your all-time favorites?

Tim Sutton – I am not big into Horror films, I am really not. I cannot say passed The Shining (1980) or more of the Psychological Thriller Horror films like Don’t Look Now (1973), I am not a very big Horror fan. To me, the Horror movies I like are ones like Donnie Darko (2001). They are not Horror films, but they take from Horror films and take strange worlds out of the narrative and horror.

I use things that are specific Horror film tropes, the girl getting undressed while the show is running, the girl screaming in the parking lot, creating the kind of jump scary. Those are to bring that genre to how it would be used in everyday life. We are kind of surrounded by these moments. You are supposed to jump when the girl is scared, but the thing is, when you are walking across the parking lot now in the suburbs and you hear a loud bang or people are screaming, what do you think is happening? Do you think it is innocent, or something worse?

As far as actual Horror films, I like Let The Right One In (2008) and I like films such as Donnie Darko. Dead Ringers (1988) is another one, films by David Cronenberg, stuff like that. 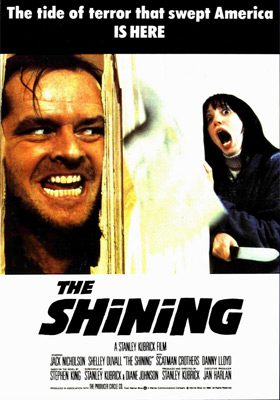 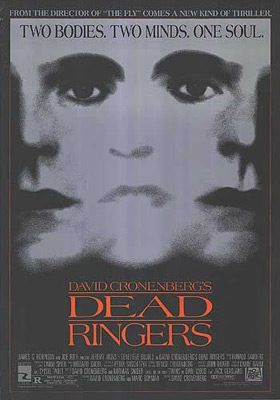