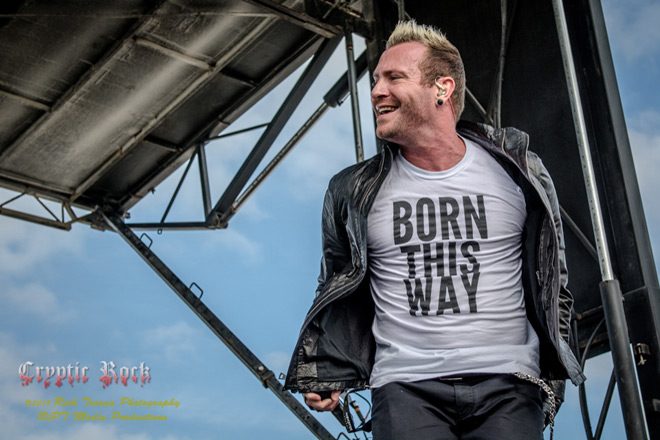 The roads one travel lead them in various different directions, shaping their life along the way. For Canada’s Thousand Foot Krutch, collectively they have travelled long distances to be where they are, but if you ask them, the roads are all paved in gold. A band which has roots running deep for nearly two decades, Thousand Foot Krutch have risen to become one of Hard Rock’s most exciting. Reaching new heights with 2009’s Welcome to the Masquerade, they plunged into independence in the years to follow, topping their output in 2012 with The End Is Where We Begin.

Now, after the concept efforts of 2014’s OXYGEN:INHALE and 2016’s Exhale, Thousand Foot Krutch return with a brand new live album, entitled Untraveled Roads. Set for release on September 15th, the album captures the essence that is a live Thousand Foot Krutch performance, and shows this is still a band on the rise. Recently we caught up with Lead Vocalist Trevor McNevan to talk the route the band has taken in recent years, the idea behind Untraveled Roads, plans for the future, and much more.

CrypticRock.com – Last we spoke in 2016, Thousand Foot Krutch had just released Exhale. In the time since the band has toured, you are now set to release a new live album. What has the last year been like for the band?

Trevor McNevan – It has been incredible, an amazing year, and a blessing all around! We have been really enjoy getting out with several US Tours, as well as abroad, in the past year for Exhale. Just to get to share the new music with people and getting to connect with everyone again face to face has been unreal. We feel so humbled by the support and are so thankful for the TFK army. We couldn’t ask for a better family and audience to walk this journey with.

CrypticRock.com – That is great to hear. Now you are set to come back with a brand new live album, Untraveled Roads on September 15th. What inspired this live record?

Trevor McNevan – That ended up inspired by the idea that it has been since 2010 that we released Live At The Masquerade and that captured a lot of the music live from that point prior. Since we went independent with 2012’s The End Is Where You Begin, 2014’s Inhale, Exhale, and a couple of remix records, we hadn’t really got to capture that live experience for friends across the globe who haven’t had a chance to see the band live and connect. It also is a token of appreciation for those who had. We were out on a 46 city tour across the US called the Winter Jam Tour, it was fantastic and we had a blast! I always enjoy being a part of it, but it seemed like a great moment to capture the last 3 independent studio albums and everything in between live.

It is such a great collection of that while trying to capture the energy. That started the idea of Untraveled Roads which is just that. I love it! I think for someone who is in the band, who is in the music and around it all the time, to simply enjoy listening to this live album says a lot. I honestly think it beautifully captured the live side of the band. I think it will give people who have never gotten to experience that with us together a taste of it in a real authentic way. For everyone who we have connected with over the years, it is going to be a cool TFK army piece. 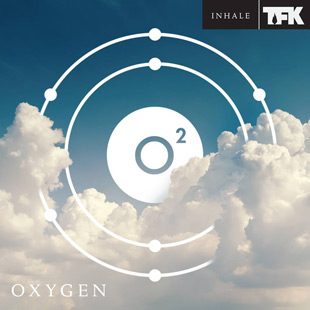 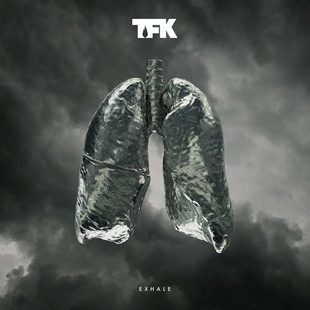 CrypticRock.com – Exciting to hear. As you mentioned, this is the first live album from the band in a while and it has an anthemic stadium-like vibe. Was it your goal to retain that raw feeling along with the crowd energy?

Trevor McNevan – Yes, absolutely! We didn’t want to doctor it up and make it too polished. We wanted to make it real and it is exactly that. We wanted it to be raw and authentic music. We wanted the space between the notes to capture that real live energy and not move everything to the grid so to speak.

CrypticRock.com – Yes, sometimes a live record can lose that authenticity when it is too overproduced. Thousand Foot Krutch are a great live band and the proof is in this recording. Is there a possibility of a live DVD to come after this album?

Trevor McNevan – You know what, that was actually the original idea with Untravelled Roads to be a live DVD and album. We brought a camera crew out to shoot every night and captured a whole bunch of footage from the tour. We always wanted to do a stories piece where people from all over the globe could send in their stories of how they connected with certain songs in the band or songs, moments, or albums have spoken to them. We really wanted to put this collage together.

To make a long story short, there were a couple of major elements we weren’t able to fit in the arena to get a broader shot. It just wasn’t possible to pull it off on the tour and we tried to see if we could capture it otherwise, but at the end of the tour when we looked at the footage, it was great, but it just wasn’t able to capture the footage we wanted to go hand in hand with this. We are still putting together all the video as exclusive live footage of each of the tour songs of Untraveled Roads, but they are going to go to the official TFK YouTube channel opposed to a live DVD. 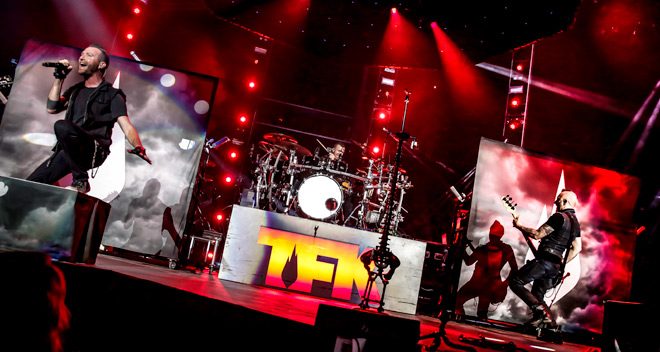 CrypticRock.com – Well it is great that you are still able to use the footage in a positive way. The idea of fans stories sounds fanstincating. Is that something that is still a possibility?

Trevor McNevan – Yes! That piece is really important to us and that is something still being put together. I am hoping it will be released around the same time we release these YouTube videos. Either way, it will get done and it is definitely something that is very important to the heart of this band. It is not just to honor the audience, but it is so special to us. It highlights the power of music that is so much bigger than us. There are powerful things that happen to the music at all times and the way music has spoken to me in my life. I think it is going to be a really special moment.

CrypticRock.com – It certainly sounds like it. Obviously Exhale was a two part concept that began with Oxygen. Now that story is in the rearview mirror, has the band begun thinking of new ideas for another record?

Trevor McNevan – Right now we are still focused on Exhale. Even though it has been a year, we still have a handful of singles left to push to radio. We are still working on that. We are taking a quick break from the road after a ton of touring. This is the first summer we can take a break off. We can get some family time and it was the time we needed. We will regroup after that and see what next year looks like.

CrypticRock.com – Good to know. The band is currently taking a deserved break from touring. Speaking of family, you have balanced music with family for some time now, welcoming a new baby recently. At this point in your life, what is the key to striking the balance between family and Thousand Foot Krutch?

Trevor McNevan – I think that is the juggle for all of us in life. For me personally, it is a constant juggle. Some days you are really good at it, you feel like you have gotten better at it, you are able to handle what feels like a healthier balance, other it flies off the handle and goes left or right. That is life, it is all part of the journey and you do your best. I am thankfully in my faith to know that God is bigger than I am and rely on that a lot of times. I have an awesome family, I have two beautiful kids. One is 4 years old and one is just 1 years old. My wife is incredible, I am very blessed to have a very supportive and strong wife. She is just a beautiful person. That helps a lot too, understanding and a common purpose. We do our best! 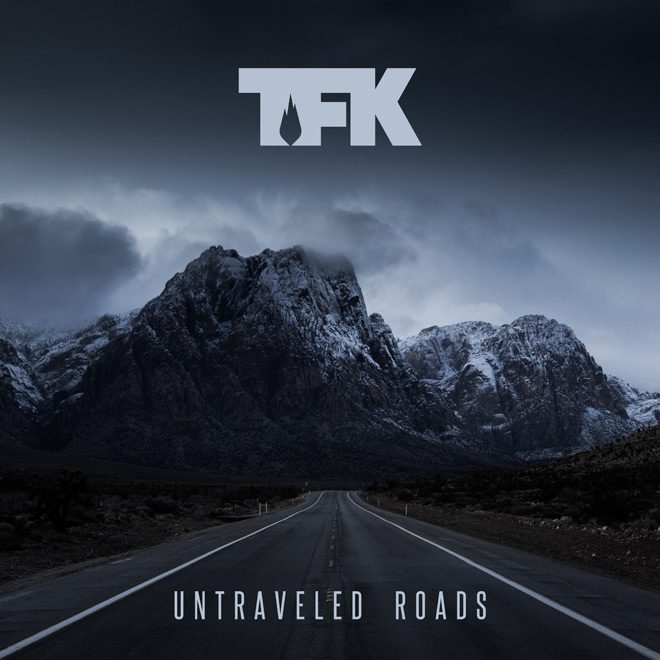 CrypticRock.com – Yes, that is the key. It is all about support and understanding. Everything usually falls into place if people work together. Still concentrating on Exhale, do you ever write on the road, or do you reserve some time at home for writing?

Trevor McNevan – I am always writing, that is a constant for me. It is a constant flow and another part of the music I am really passionate about. I always keep a hand in it, stay busy at it, and look across genres. It creates a new challenge that keeps you sharp. That way you are always learning too, I like to learn. It doesn’t matter if you have done this for a year or 20 years, there is always something to learn. It keeps it interesting, fresh, and inspiring. I like to stay fresh and inspired.

CrypticRock.com – That is very positive. Life is the biggest inspiration sometimes.

Trevor McNevan – It is so true. It comes back to people and relationships. If you like a great movie or other music out there. It is a lot about the moments. It is true that music is the soundtrack to our lives. It is always something that continuously inspires me.

CrypticRock.com – That is great to hear that. Last we spoke you had mentioned you do enjoy Horror films. If you have seen any new Horror or Sci-Fi films, what are some you have enjoyed?

Trevor McNevan – I will say I have only seen one since we spoke last, Get Out. I personally wanted to see it and I think it is a phenomenal movie from creative and original standpoint. The acting and everything put together. In that genre, it is something you have never seen before. It is not something you have seen quite like, but none of us have seen anything quite like this. It is a really fly movie. I recommend it. 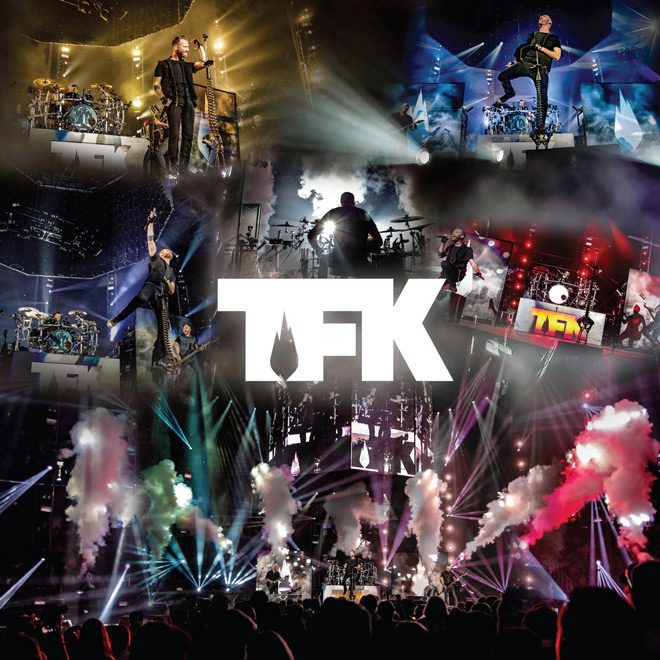 Interview – Lindsay Schoolcraft Talks Worlds Away Interview – Fernando Ribiero of Moonspell Talks Hermitage
Like the in-depth, diverse coverage of Cryptic Rock? Help us in support to keep the magazine going strong for years to come with a small donation.