Chances are, if you find something you love and can make a living doing it, you are doing pretty damn well! For Whitney Moore, it was quite simple, she wanted to be involved in the world of entertainment, and nothing would stop her. An actress and producer, Moore has starred in a mix of Horror and Comedy films, including her most recent, 2018’s House of Demons. Proud to be a part of the Horror community, Moore also dabbles in hosting, including her Heavy Metal series Thrashtopia where she works alongside Jason Charles Miller of Godhead fame. Recently we caught up with the busy Moore to talk her involvement in entertainment, working on House of Demons, her plans for the future, plus more.

CrypticRock.com – You have been acting in film and television for nearly a decade now. First, tell us, what inspired you to pursue a career in entertainment?

Whitney Moore – I’ve been acting in theatre since I was a kid, and I never thought I was good at anything else. I guess I’ve always just known that entertaining people is where I thrive!

CrypticRock.com – That is pretty cool, it is great to see you were able to make a career out of it. Of your list of credits, you have worked in a balance of genres ranging from Comedy to Horror. With a good deal of Horror related films among your credits, do you enjoy the genre?

Whitney Moore – I’m a huge Horror fan – I actually do a weekly Horror news show over at Bloody Disgusting! To me, they’re just as fun to make as they are to watch.

CrypticRock.com – Awesome! You have had a chance to make quite a few of them. One of your most recent films is House of Demons. An imaginative Horror film, how did this project come about for you?

Whitney Moore – Like many projects in LA, I was referred to the project from a friend. We all related to each other about our mutual love for Horror and comics, and totally clicked!

Whitney Moore in House of Demons

CrypticRock.com – It seems to have worked out well. Released on DVD back on February 6th, House of Demons has a lot of strong attributes. One of those lays in the cast. What was it like working with this mix of actors?

Whitney Moore – I think what grounds an ambitious project like House of Demons is that each actor worked so hard on personalizing their character. We all spent a lot of time together and it’s always such a pleasure working with actors who take their craft seriously.

CrypticRock.com – Absolutely, you want to work around people who care and are passionate about what they are doing. Each actor/actress brings their character to life and makes them quite believable. What was it like for you to play Katrina?

Whitney Moore – Katrina was a fun character for me because she’s so mild and non-confrontational, which is sort of the opposite of who I am as a person. I love the arc she experiences and how she learns to be brave. 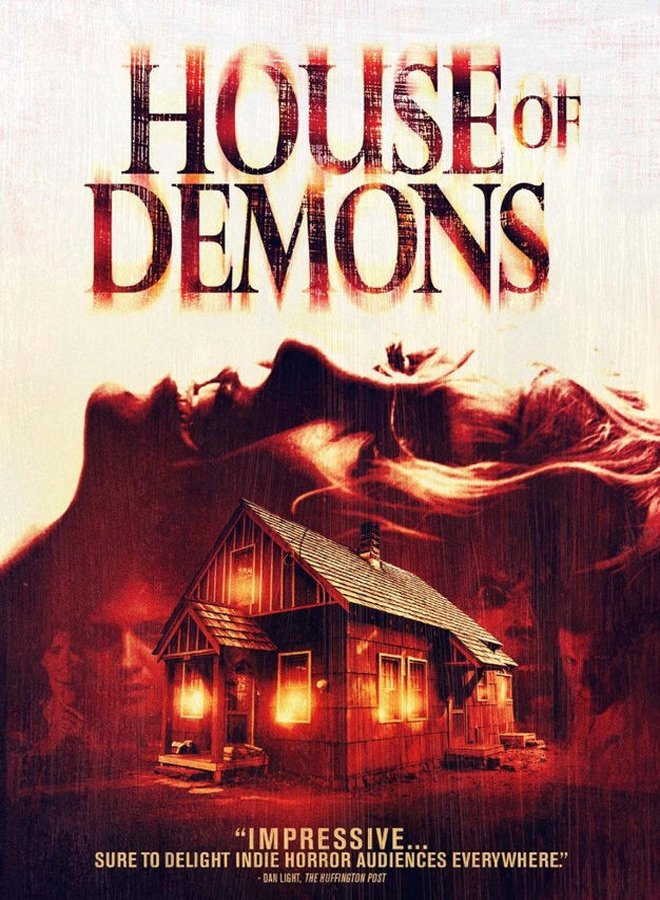 CrypticRock.com – You did a nice job portraying her and making her believable. Rumor has it you are a pretty big Metal fan. You actually have a series called Thrashtopia with Godhead’s Jason Charles Miller. How did this come about? Additionally, for those unfamiliar, what is Thrashtopia all about?

Whitney Moore – I am! I actually have a weekly Metal news show over on the Metalsucks YouTube channel. Thrashtopia is an insane fever dream of a show I created and starred in for Legendary’s Project Alpha, and I have no idea how I got permission to make it. It’s a cyberpunk post apocalyptic variety show, sort of a Heavy Metal Pee Wee’s Playhouse, where I interview all sorts of characters in my underground bunker. JCM plays my cheerful AI sidekick, BunkerBot – and he also wrote some amazing Metal tunes for the show.

CrypticRock.com – It sounds really cool and everyone will have to check out Thrashtopia. Seeing you have a passion for music, what are some of your favorite bands?

CrypticRock.com – That is a nice selection of classic and newer Metal acts. What projects do you have coming up?

Whitney Moore – I host a news show for DC Comics called DC All Access, a weekly geek news show for Syfy’s snapchat called Geekly, weekly Horror and Metal news via the Bloody Disgusting and Metalsucks YouTube (respectively), a super fun RPG show called Weave Society on the Geek & Sundry twitch channel – and in between that I’m either in acting class or playing Skyrim.

CrypticRock.com – Wow, it seems like you are keeping yourself very busy! Last question. What are some of your favorite Horror and Sci-Fi flicks?