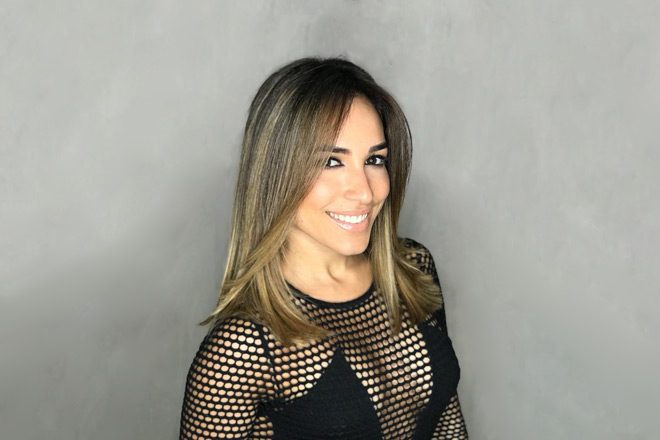 In one way or another, everyone is looking for their own form of escapism from reality. It offers a chance to explore ourselves a little deeper and to open our minds to different ideas. Giving into the calling of a career in entertainment, with mass amount of talent, Puerto Rico born and raised Ana Isabelle has been heavily involved in singing, dancing, and acting since a young age.

Winning the reality competition Univision’s Viva el Sueño in 2009, Isabelle has continued onto a strong music career, but in recent years, is exploring the world of acting a little more closely. Starring in such films as The Eyes, in 2017 Isabelle takes on another leading role in an exciting remake of Francis Ford Coppola’s 1963 film Dementia 13. Facing her fears head on, and harnessing them into a powerful performance, Isabelle sits down to talk the work behind Dementia 13, her love for acting, her future plans, and much more.

CrypticRock.com – Involved in entertainment most of your life, first, briefly tell us what inspired you to pursue a career in acting?

Ana Isabelle – I think my passion and love for arts in general. I love music, I love acting, and I loved dancing since I was a little girl. My parents took me to the best schools in Puerto Rico. They knew I had something special and I had the heart. They encouraged me to study and, after all these years, this is my life, it is my love. Right now I am single, I do not have any kids, I am not married, so my love and entire passion is my career. What I love the most about being an actress is I get to do things that maybe in real life I don’t. In acting, I can be a crazy girl, I can be like my character in Dementia 13 – a bipolar, crazy, gold digger girl. It is so much fun! You get to portray different characters, get to explore your inner you, discover things about your own personality and the characters that you get to research a lot. It is fascinating profession. 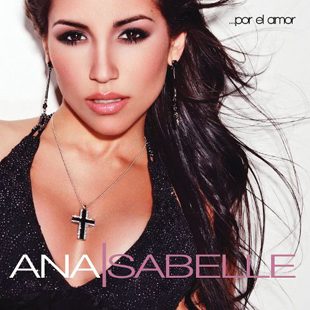 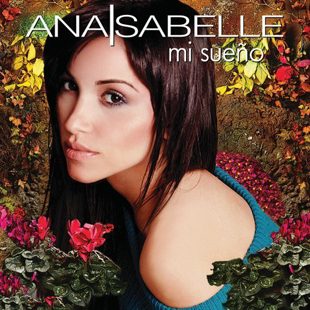 CrypticRock.com – It certainly sounds like it and you have a true love for it. One of your most recent feature films is the role of Louise in Dementia 13. How did this project come about for you?

Ana Isabelle – I heard about the audition because I worked with the casting director before in another film called The Eyes. I went in, met the director, and he gave me a call back right away. Ultimately, I read the script and I was very interested in the role because it was a scary movie and a remake of the Francis Ford Coppola film. I found the role interesting and challenging. After a few days, I got the call back from my manager that they offered me the role of Louise.

CrypticRock.com – Excellent! This is actually a remake of the 1963 Francis Ford Coppola film. Going into the role, had you seen the original film, and, if not, have you seen it since?

Ana Isabelle – Yes, I saw it right before starting the shoot last year. I have to be honest, I only saw it once, but I just wanted to have the taste of what it was. I didn’t do a bunch of research about the film. I just wanted to see it, see what it was about, and see what the difference was between that script and the one we are doing right now. I really like it! It was interesting seeing the film in black & white, how different the acting was, and how great the story was as well. To be part of the remake is just a privilege, and I am so excited to be a part of it. 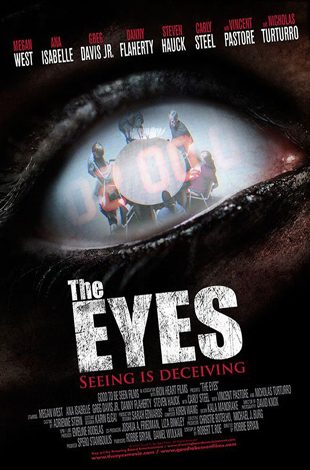 Good To Be Seen Films 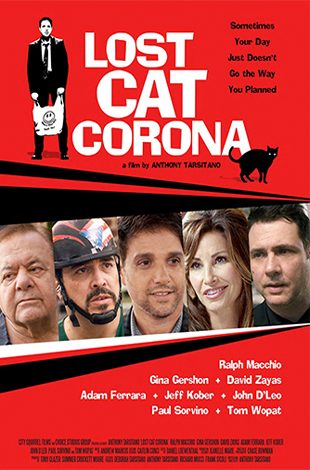 CrypticRock.com – There is quite a bit of creepy imagery within the film. What was it like working on the set of the film?

Ana Isabelle – Oh yea. You are going to love the photography, landscapes, the castle, it was magic. It was just magical when I arrived there and I saw all the locations. I was so impressed and so grateful to be part of such a wonderful team. The cast and crew were amazing, everyone brought their A game. When you walked into that castle, you immediately felt the suspense. My heart stopped every time I walked through those halls, I could feel the vibe that something mysterious was going on. It made our work easier, it helped us to live the story.

CrypticRock.com – Yes, that has to help building the tension involved in each scene.

Ana Isabelle – Yes! Mr. Dead was in charge of all the special effects. The mask and blood was all so real. I am not a huge fan of scary movies because I always get really scared and can’t sleep like a baby! (laughs) For me it was a challenge, but I felt as an actress I needed to be part of one. I needed to face that fear and just use it in my favor, so that is what I did. It was so much fun! 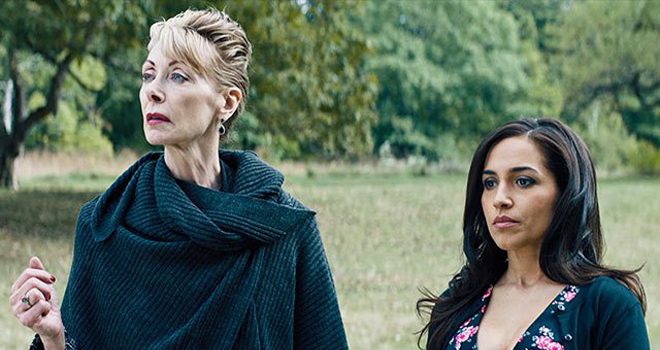 CrypticRock.com – Very cool. The film was released back on October 6th. Have you seen the finished film yourself yet?

CrypticRock.com – It must be exciting to see the finished project of a film you worked hard on. You mentioned you are not a fan of Horror films in particular. The Eyes was sort of within the Horror genre. That said, how do you feel about working in Horror at this point?

Ana Isabelle – The Eyes was more a Suspense Thriller, it was not the same at all. With Dementia 13, you have vengeful ghosts, a family that is crazy as hell! You have a castle that is mysterious and full of ghosts and dolls that move on their own. It is creepy, it is really creepy! There is a huge forest as well where you see me running like crazy. I really like the fact that I have to confront my fears and use that emotion to be honest and portray those feelings in an honest way. That is the work of an actor to really be present and believe in what is being portrayed. 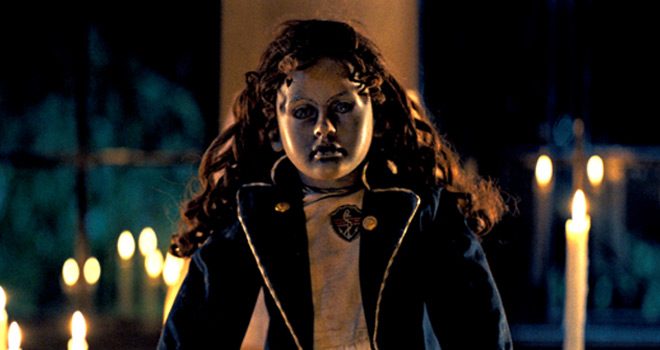 CrypticRock.com – Well it will be interested to see you work in the genre in the future if the opportunity arises. Being somewhat apprehensive of Horror, do you have any films you enjoyed?

Ana Isabelle – Yea, I actually saw The Conjuring 2 (2016). The director of Dementia 13, Richard LeMay, recommended it to me when shooting the film. I saw it and liked it. It was a very good film, very good acting, and I do think it inspired me for the role of Louise. 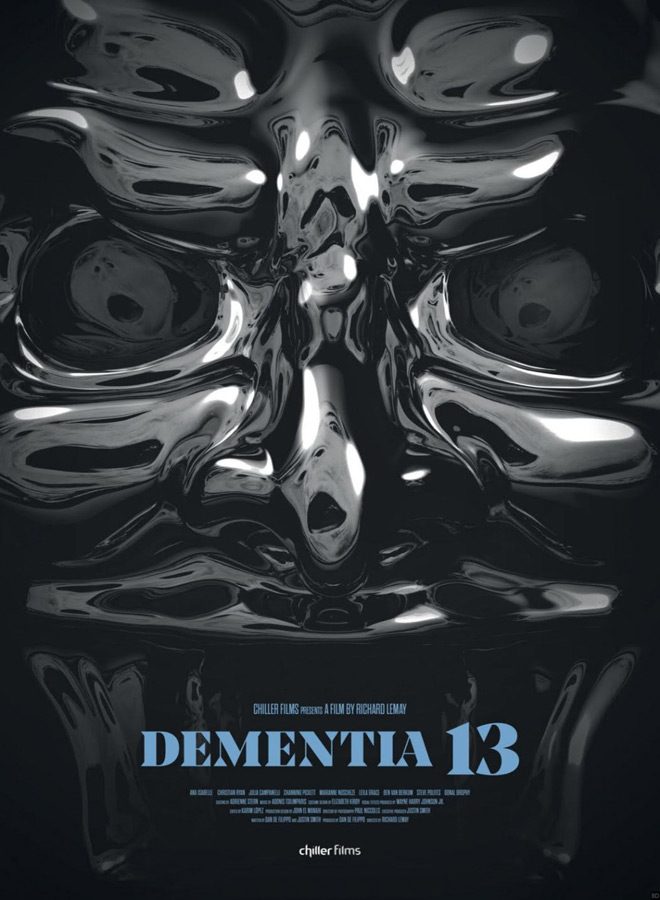