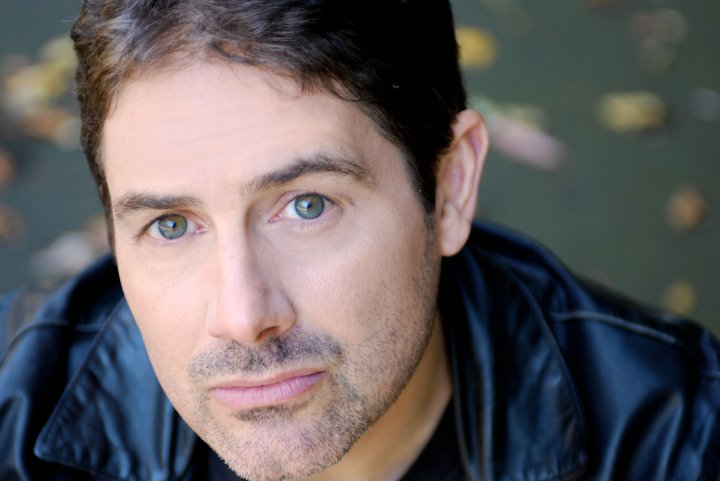 Sometimes the best opportunities arise when one least expects it. For talented young actor Zach Galligan, that came back when being cast as lead role for 1984 classic mini-monster movie Gremlins. While the film went on to be a massive success in cinema history, Galligan explored other roles staring in such films as 1988’s Waxwork and list of popular television series.

Humbled by his early success in film, Galligan continues to immerse himself in his passion for acting with a role in 2013’s Hatchet III, as well as other projects yet to be released. Recently, we sat down with Galligan for a look at his role in Gremlins, learning experiences at a young age, love for horror/ Sci-Fi films, and more.

CrypticRock.com – You have been involved in film for over thirty years now acting.  Many remember you from your leading role in Gremlins back in 1984 which is in fact adored by many fans.  First off how did the role Billy Peltzer come about for you?

Zach Galligan – Just a simple series of auditions.  Three times, third time I screen tested with Phoebe Cates and Steven Spielberg took a look of the footage and liked the chemistry between the two of us.  That was it, it was actually a pretty easy part to get.

CrypticRock.com – Wow, that seemed to happen relatively smoothly.  Was there any other competition at the time for the role?

Zach Galligan – There was competition going on the whole time.  It just sort of fit really nicely for me.  There was all sorts of other actors trying out.  I guess Spielberg felt like the chemistry between me and Phoebe was really good because we kind of already knew each other in the past. 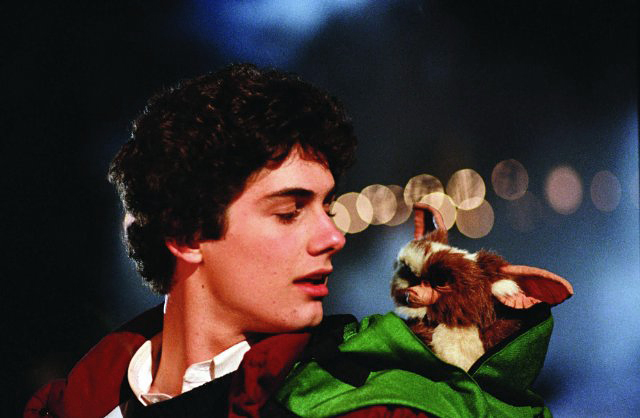 CrypticRock.com – It worked out well.  The film was quite inventive and had a great mix of Horror and Comedy.  It was something both children and adults could enjoy.  What was the making of the film like working with Joe Dante and the great cast?

Zach Galligan – It was very enjoyable.  It was the combination of a lot of fun and a lot of hard work.  It was a big personal commitment.  It was great, it was my first time in California so the whole thing was just a tremendous education for me.

CrypticRock.com – Sounds like it was a fantastic time.  You were very young when the film was being made as well so one can imagine it was life changing experience.

Zach Galligan – I was actually nineteen when we shot it and twenty when it came out.  I was a college kid; I was kind of figuring it out as I went along. 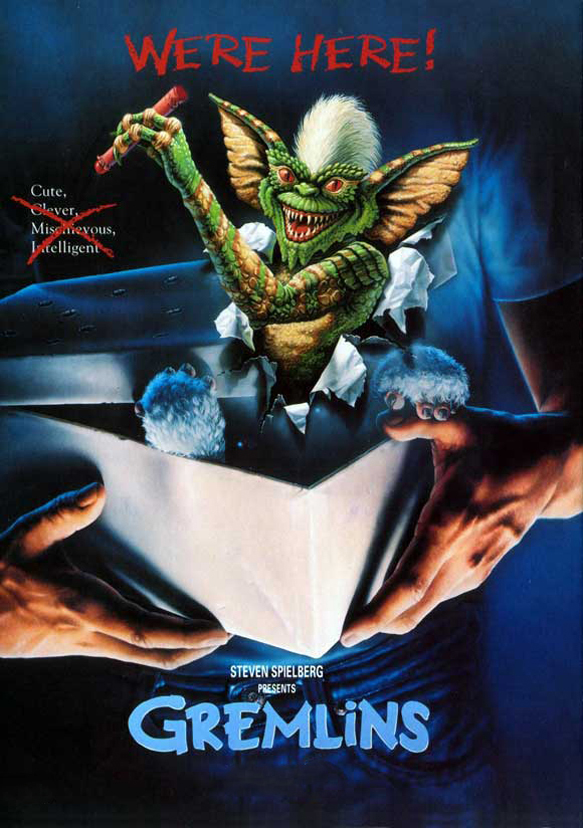 CrypticRock.com – After Gremlins you went on to star in the Horror/Comedy 19988 film Waxwork.  That film is extremely underrated and actually has a very entertaining, imaginative story.  What do you think prevented Waxwork from attaining wider commercial success?

Zach Galligan – I think it was a strange movie for its time, it was kind of quirky.  It had a little bit of a British sensibility because of the writer/director Anthony Hickox.  I think they probably released it in a time when the marketplace was a little crowded.  Also, the company which released it was kind of going out of business at the time, it probably did not have the financial backing it needed.  It was also very violent for the time and I think that it freaked a lot of people out.

CrypticRock.com – Yes, that is all very true.  It has become one of those hidden gems and was very inventive.  Considering you had prior working experiences was Waxwork an enjoyable film to make?

Zach Galligan – Yes, it was enjoyable.  Again, a lot of hard work.  We were doing it in six day weeks and you only had Sunday off.  It was kind of tough, but it was fun. 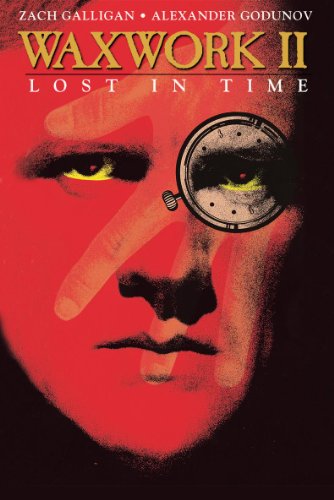 CrypticRock.com – That does sound like there was a lot of work put into it.  You also were part of the sequel Waxwork II: Lost In Time in 1992.  Interestingly enough Gremlins 2: The New Batch did not come until 1990, which was six years after the original.  Also a good film, but did not quite achieve the success as the first film.  The film was released around the same time as blockbuster summer hit Dick Tracy so perhaps this had something to do with the films success.  Why do you feel the film was put together so many years later and do you think if a sequel was put together sooner after the original it would have been more successful?

Zach Galligan – I think they were very picky about the script.  A lot of people came up with some pretty subpar ideas so they were rejected.  Then to be perfectly frank, I think Warner Bros. miscalculated.  They were going to release it on May 3rd, it would have been a perfect day for it, it would have had an entire month to itself.  Then they got cocky and decided to release it opposite Dick Tracy because it got some of the highest test scores ever, it kind of blew up in their face.  The release strategy was not really thought out.  I think that kind of killed the franchise to be honest. 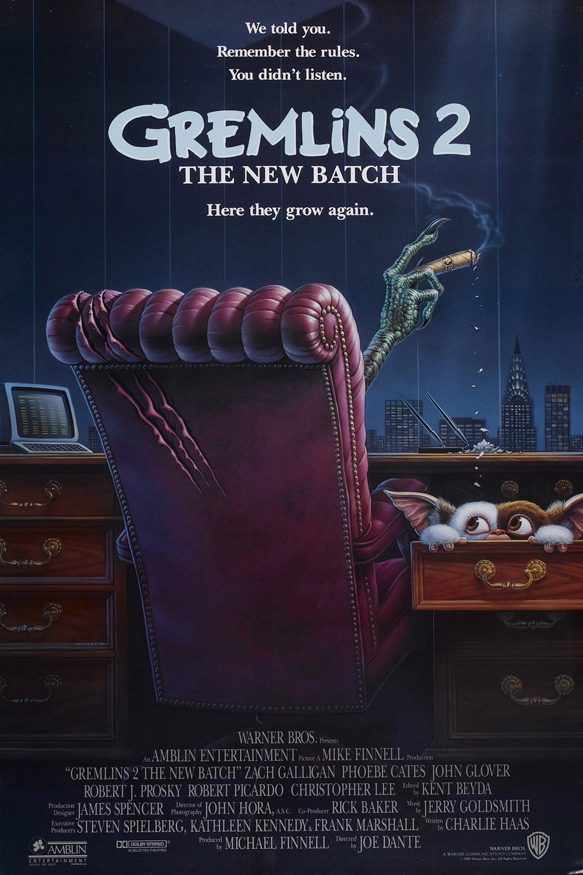 CrypticRock.com – Yes, that is unfortunate.  You have also starred in many films and television series since the success of Gremlins.  A great deal of your roles have been in Sci-Fi and Horror related projects including a role in an episode of Tales From the Crypt and Star Trek: Voyager.  Do you feel as if your first big role in Gremlins had some type-casting or have you embraced that?

Zach Galligan – I think a little a bit of both.  I have always loved Horror and Sci-Fi.  I think anytime you make your big splash in something, they see you as that.  People do not put Meryl Streep in space voyager movies because she pretty much broke through as a serious dramatic actress.  Everyone, no matter who you are, gets typecast by their first impression, not that I am as good as Meryl Streep.

CrypticRock.com – Very good point.  As you mentioned you do have a clear interest in the Sci-Fi, Horror, and Fantasy genres.  What are some of your main influences as an actor?

Zach Galligan – I guess the main idea was no one should ever catch you acting so I have tried to be as natural as I possibly can.  Naturalism, realism, and authenticity are all things I have always really strived for.  I grew up in the 70’s so I love people like Steve McQueen, Burt Reynolds, Malcolm McDowell, and Kurt Russell; those type of leading men.  I am not really like them, but I really liked what they did and I liked the minimalism they did when on screen. 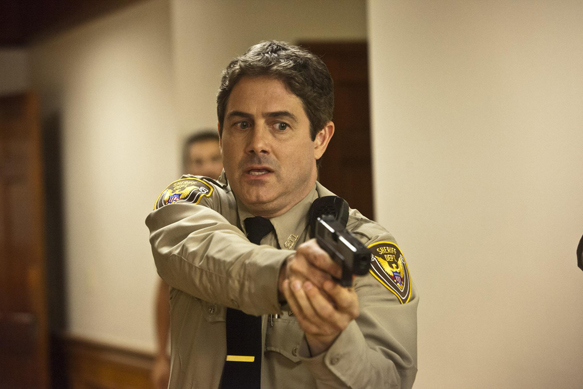 CrypticRock.com – Those type of influences certainly bled through on screen.  My last question for you is pertaining horror movies.  What are some of your favorite Horror films? 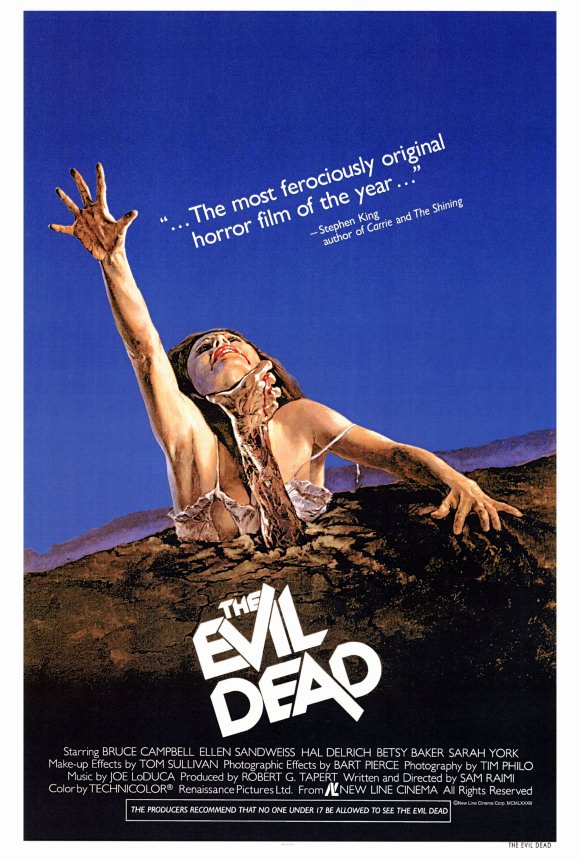 CrypticRock.com – Yes, those are the years that make the biggest impression when watching films and listening to music.  A lot of the films you just mentioned have been remade in the last decade or so.  What do you think of the influx of remakes?

Zach Galligan – It is going to happen.  I really think they should remake the bad movies that would benefit from being remade.  I do not see why you would remake the classics, they do not need enhancement.  As Joe Dante said, “Everything is grist for the mill.”