In This Moment – Ritual (Album Review) 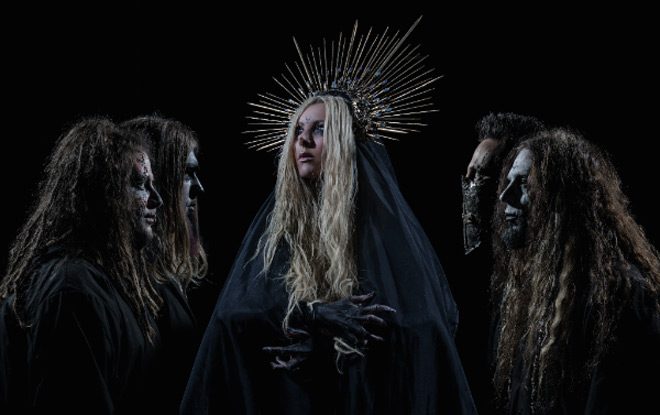 In This Moment are currently traveling the Midwest with the second leg of their Half God Half Devil headlining tour, bringing sensational theatrics to the starving Metal masses. However, on Friday, July 21, 2017 they set to inspire a brand-new Ritual for the entire world, thanks to Atlantic in conjunction with Roadrunner Records.

A band that should require little introduction, In This Moment have been taking names since 2005. Their 2007 debut disc, Beautiful Tragedy, set the wheels in motion for a lengthy career that, to date, has spawned some five studio albums. Now with their sixth full-length effort just days away from release, In This Moment – Vocalist Maria Brink, Guitarists Chris Howorth and Randy Weitzel, Bassist Travis Johnson, and new Drummer Kent Diimmel – are poised to take the next big step in their evolution. Produced by Kevin Churko (Ozzy Osbourne, Five Finger Death Punch), the new material weaves a unique spell that combines bluesy grit alongside bewitching tales of spirituality to create something that is bigger than any black widow’s web.

The backstory necessary to truly understand Ritual begins with a trip to Salem, Massachusetts, the famed City of Witches and location of the tragic Salem Witch Trials. Inspired by the macabre history that breathes deep within the streets of the infamous town, Brink returned from a family trip and turned toward the emotional release of creating new music. Ritual begins with the introductory “Salvation,” which raises the tension to culminate in the album’s first single/video, “Oh Lord.” With its hesitant, inquisitive spirituality, “Oh Lord” sets the tone for the album on the whole: a more experimental sound that steps outside the Metal genre to introduce something that is fully massive, but perhaps not head-banging material. With speculative lyrics that explore spirituality as both the menace and savior that she can oft be, “Oh Lord” serves as a perfect amuse-bouche.

Performed live on the band’s Half God Half Devil Tour with the talents of Chris Motionless of Motionless In White, “Black Wedding,” as it exists on record, instead co-stars the legendary Rob Halford. Superbly catchy with a phenomenal beat, if this song sees a single/video release it will be huge for the band, as any Rock-n-Roll fan can immediately sing-along to the Billy Idol-born chorus. Isn’t any day a nice day for a black wedding?

An ethereal, otherworldly atmosphere permeates In This Moment’s sensual take on the Phil Collins’ mega-hit “In the Air Tonight.” The band show remarkable restraint in their normally unabashed attack, instead creating a masterpiece that highlights Brink’s soaring vocals and shows that, yes, even rockers have gentle sides too. Alas, do not worry for the tenderness does not last! With its gang vocals and viciously infectious beat, “Joan of Arc” is one of the more, how shall we say, traditional In This Moment tracks on Ritual. Grit, sass, and pummeling rhythm come together to formulate what is guaranteed to become a fan favorite, all while Brink offers herself as a martyr for the Rock-n-Roll cause.

“River of Fire” comes from the same depths as tracks like “Oh Lord,” with a spiritual, bluesy core that shows the band stepping outside of their gilded, Metal cage. “Let the storm rage / Let the water run high / Baptize me in a river of fire,” Brink invites on this never-ending groove that shows shades of the tale of Saint Joan (she of the title) and her fiery demise. Similarly, the darkly seductive “Witching Hour” has immediate shades of the Salem Witch Trials – all set to a delicious Electronica backbeat – while Brink’s vocals reach beyond the stratosphere in the slow burn that is “Twin Flames,” one flame bursting into two.

“Half God Half Devil” is the juxtaposition that gave rise to the band’s current headlining tour, and an explosive release that takes prisoners while spewing forth Metal rage from the cage. It is fully supported by the equally ballsy “No Me Importa” (“I Don’t Care”), an addictive beat and one seriously seductive middle finger. Then there is “Roots” – possibly primed to be the album’s second single, as it currently has a lyric video on YouTube – one of the album’s most addictive quantities. A more classic In This Moment sound permeates this track that explores what makes each of us who we are, and celebrates that whatever does not kill us makes us stronger somehow. It all wraps up with the mellow intensity of “Lay Your Gun Down,” which Brink has been performing solo during the band’s current headlining set.

Someone somewhere once said that Metal was a man’s game, though he clearly never met the powerhouse that is Maria Brink! Able to weave a tale that is intensely magical yet based in the darkest annals of American history, screaming into the heavens with more grit than any man, Brink and her band of boys have outdone themselves with number six. A sonic journey that travels from Salem to the roots that run deep within each of us, Ritual is a spell that you will want to fall under again and again. This is what it means to evolve organically, and, fully enjoying the ride, CrypticRock give In This Moment’s Ritual 5 of 5 stars. 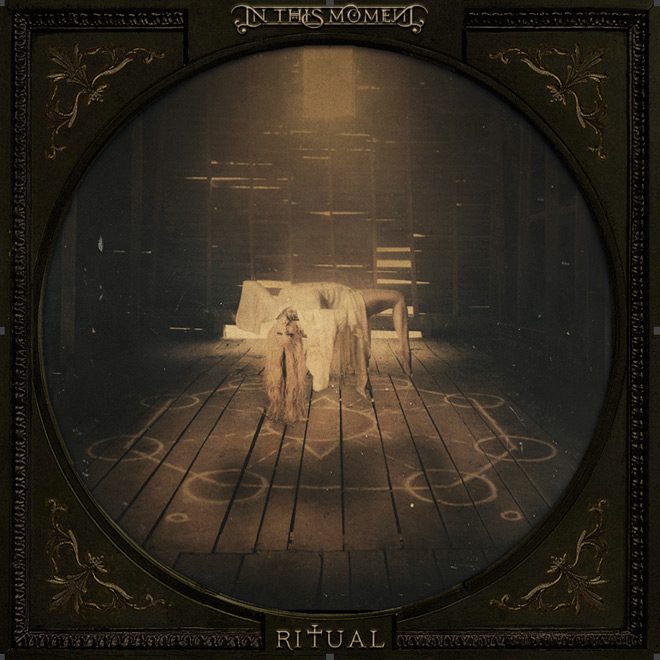