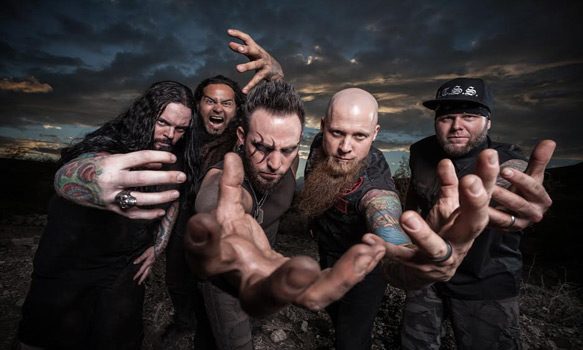 When these musicians put their talents together, the result was an in-your-face, full-stop Heavy Metal album that is a great starting point for this eclectic collective. Invidia will release their debut album, As The Sun Sleeps, on March 31, 2017 via SPV Records. What lies in store for fans anxious to hear the brainchild of these diverse artists?

Kicking things off with “Now or Never,” Invidia wastes no time getting straight down to business. The opening track hits heavy with thundering bass and drums paired with crunchy guitars. The grit in Johnson’s voice shreds through the track, commanding authority, and leading the charge. From there, the tone of the record is set with the band’s developing signature appearing to be this crunch and grind of the strings and Johnson’s voice. Jackson and Rivera are shredding for their lives on this song and Badorine’s drums gallop through it at an unyielding pace.

“Rotten” finds a pleasant balance between the harshness and aural assault to incorporate more melody and flow. There is an effervescent undertone to this song that carries it smoothly and allows it to be swept up in the chorus. The dichotomy between the more severe use of screams to offset and set apart the uplifting core of the song gives it even more impact and help set it apart from its predecessors on the album. It is a refreshing break from the onslaught of intensity you endure from the onset of the record. “Marching Dead” also incorporates softer elements compared to its album-mates, but in the chorus where it is less soft and more fluid and melodic with intention.

“Step Up” comes out of the gate sounding with Johnson issuing a challenge and the proverbial chest pump can be heard in the fight anthem lyrics of the track. It feels like a spinoff of the Five Finger Death Punch cover of LL Cool J’s “Mama Said Knock You Out.” The major difference between the two songs being that “Step Up” has more ego and a little less traction. It is bound to make a great workout song, but as a standalone, the lyrics seem to be a little short on substance. “Truth In The Sky” comes around with a bit more diversity and offers a reprieve from the consistent harshness that has been As The Sun Sleeps so far. It still comes headfirst with the now trademark jagged chords and expected riffs, but does break up a bit at the chorus with moments of a more mellow, cleaner sound.

Rounding out the end of the album is “The Other Side” and title track “As The Sun Sleeps.” With “The Other Side,” there is a balance struck between the hardness of the screams and forward thrashing sonicwall as well as the quivering and echoic resonance of the chorus. Even the guitars take a moment to soften in a short solo to dance beautifully in a stillness accented by prominent drums. With “As The Sun Sleeps,” despite the invocation of the dirtier side of Johnson’s vocal range, this track manages to move forward easily and intentionally with eerier spoken moment reminiscent of a similar technique used in Slipknot’s “Duality.”

With their tendency towards the immense, Invidia have made a valiant step out into the mainstream with their debut album. They bring light to the darkness and the things that live there, from personal demons to living with our choices and moving ahead, Invidia capture these moments on As The Sun Sleeps. Hopefully, the band will give their audiences plenty of diversity in future records and we can begin to see the whole canvas that is Invidia. CrypticRock gives As The Sun Sleeps 3 out of 5 stars. 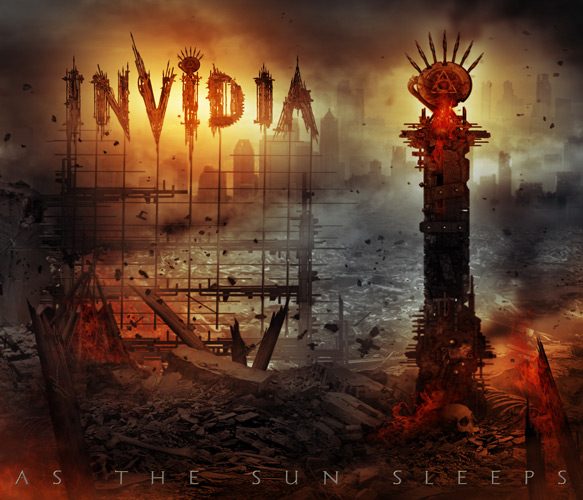