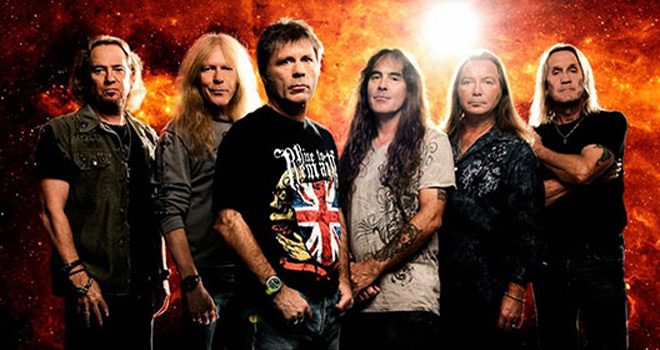 Going strong for nearly four decades, Iron Maiden are perhaps the most important band in Heavy Metal history. A very bold statement, there is no denying the facts, and looking at the past the Brits have forged you would be hard-pressed to find a more influential international band today. Fortunately for Iron Maiden fans, it is not all about the past and 2015’s The Book of Souls album proved that the band still has plenty life to offer.

That in mind, one of the biggest and most important aspects of Iron Maiden’s strength is the live performance, something they have conquered time and time again throughout years of touring. Where else can you unify with a complete stranger to singing along word for word and feel like you are part of one big family? An Iron Maiden concert of course, and while nothing ever replaces actually being at one, a live album is a nice treat.

With a slew of live albums/videos to their credit, Iron Maiden return in 2017 with their latest, The Book of Souls: Live Chapter. Recorded throughout their 2016–2017 The Book of Souls World Tour, the latest addition to Iron Maiden’s library is set for release on Friday, November 17, 2017 through BMG. Always very keen on packaging their music in an aesthetically pleasing faction, with so many options of distributing media these days, how does one choose? Well, sometimes just one option is not enough and that is certainly the case with The Book Of Souls: Live Chapter, which will be available for streaming, digital download, and physically as standard two CD set, Limited Edition Deluxe two CD hardbound book, and as 180g three LP Black Vinyl Triple Gatefold.

Now, if you are one of those diehards, you are more than likely going to invest in more than one of these, but let us break it down and see what the album itself has to offer. First and foremost, it is comprised of fifteen songs captured during the aforementioned The Book Of Souls World Tour, which covered thirty-nine countries across six continents during 2016 and 2017. Wow, that is a lot! Produced by Tony Newton, who also worked on 2012’s En Vivo!, and Iron Maiden founding member/Bass Steve Harris, the album is based on this year’s set list. That in mind, it is a faithful record of the epic show, including six songs from The Book Of Souls album.

You are probably thinking, how many times do you need to hear the same Iron Maiden songs recorded live, again? Well, put aside that jaded outlook and open your mind to realize that this is a really great chronicle of a special period of Iron Maiden’s career. At this point, they have seen so much, so naturally the setlist is going to be as diverse as possible, right? Yes! That in mind, it sounds just like being at an Iron Maiden show without actually being there. It is incredibly crisp, clear, wonderfully mixed, and most importantly, captures the live experience perfectly!

It must be said what an incredible undertaking this tour was for a band that has been around as long as Iron Maiden. This was the first time Singer Bruce Dickinson performed in public since recovering from throat cancer, and he does not miss a note. Joining him is Mr. Harris, long time Guitarist Adrian Smith, Dave Murray, as well as Janick Gers, and rounding out the lineup is Nicko McBrain, who has sat behind Maiden’s drum kit since 1982.

As always, Murray, Gers, and Smith’s guitar harmonies are fiercely magnificent. Kicking off the album with Book of Souls’ “If Eternity Should Fail,” they show their new music to be vital. A powerhouse track with heart-pounding drums and big fills, it lays the groundwork for a great mix of Iron Maiden past and present. They capture the music with energy further on renditions of “Children of the Damned,” “Fear of the Dark,” and later with fan-favorite “Blood Brothers.” Then, of course, the legendary guitar riff of songs like “The Trooper” will take you right back into the past. There is that ever familiar sound bite leading into “The Number of the Beast,” and again, Dickinson does not disappoint. Hitting those high notes like he did in 1982, the band show their best years are not behind them.

Iron Maiden has been going strong for decades, with little to no support from mainstream radio. Their discography has grown to thirty-eight albums and the 2016/2017’s Book of Souls Tour was seen by over two million fans! That is a whole lot of people, and chances are just as many will indulge in the audio and video chronicle of it all. While it does not matter where you put on The Book Of Souls: Live Chapter, it is best listened to through some nice speakers or a good pair of headphones for the full effect. Your tiny phone speaker is not going to cut it, because this is a record that is very big and has a wide dynamic. Simply put, great production went into mastering this album, give it the respect it deserves. A must have for any Iron Maiden fan, CrypticRock gives The Book Of Souls: Live Chapter 4.5 out of 5 stars. 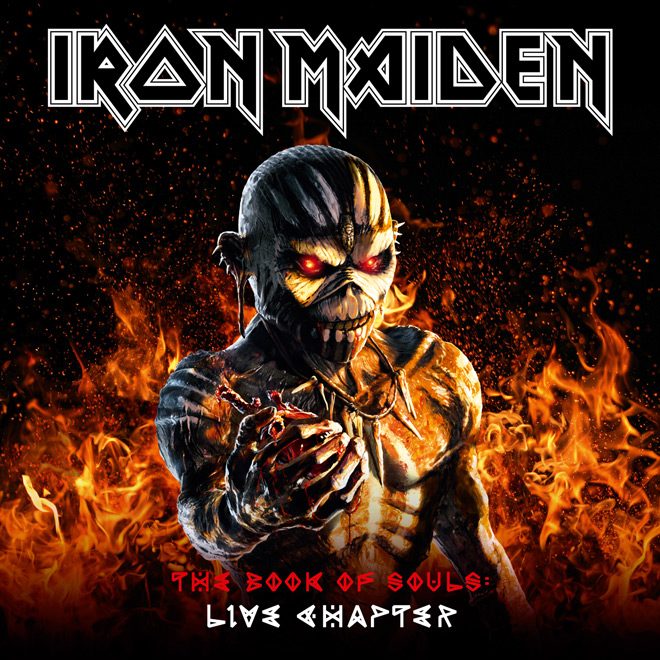