Iron Maiden’s The Number of The Beast Turns 35

“Somebody please tell me that I’m dreaming, it’s not easy to stop from screamin’, but words escape me when I try to speak!” So sang Iron Maiden Frontman Bruce Dickinson. Now 35 years after he laid down that defiant verse, his words could be a metaphor for anyone contemplating both the greatest Heavy Metal band on the planet, and the merciless, unstoppable passage of time.

Arriving on March 22nd of 1982, The Number of the Beast’s heady pomposity comprised the crest of the New Wave of British Heavy Metal. Its arrival completely changed the face of what Heavy Metal music could and should be, and much like a dream, it catapulted five hungry lads from London to worldwide superstardom. Three and a half decades later, the album has been purchased as a band-record 14-million times. At least three of its eight songs have remained in heavy live rotation to this day, demonstrating the undying love that album number three has enjoyed from Iron Maiden’s fanbase since day one.

In retrospect, The Number of the Beast represents the dawn of Iron Maiden’s original prime years. The collective’s first two albums somehow melded the street-punk ethos of poor 1970s England into the penchant for dramatic songwriting hidden in the nimble fingers of its creators. For album number three, however, band founder Steve Harris landed himself quite a set of lungs by hiring former Samson Vocalist Bruce Dickinson. Like Ronnie James Dio or Rob Halford, Dickinson possessed a larynx so much more suited for the continuously more grandiose compositions dancing in Harris’ cortex. It allowed the creative core of Guitarist Adrian Smith and Dave Murray the ability to take their music beyond the reach of mortal men.

From the get-go, the Martin Birch produced album left no room for mediocrity or boredom. Opening song “Invaders” had a crunchier, speedier attack than what they would displayed so far, but it had the Air Raid Siren, as Dickinson became known, elevating the material to the point where it felt like the band wrote the song on the edges of an actual Medieval battlefield.

Could fans back then have been prepared for “Children of the Damned?” After the blood and sweat of the opener, Iron Maiden suddenly had the capacity to rivet its audience with emotion and epic storytelling, all building to a climactic release of tension. Here was the birth of the heavy ballad, the ‘whoa-oh-oh’ sing-along, told in a language of Iron Maiden’s sole design. Other bands could and did come close. Hell, even Maiden wrote a couple ballads on their first albums, but with the lineup of The Number of The Beast, the results were peerless.

Two songs in and Iron Maiden’s repertoire was already in a stratosphere previously unoccupied by Rock groups from this planet. Snagging an introductory sampling from Patrick McGoohan’s performance in the show “The Prisoner,” the song of the same name captured the steel and leather heart of Heavy Metal, and it did so with ease. Endlessly singable and catchy, “The Prisoner” nevertheless had all the steamrolling power of a genre still being molded from the foundation laid down by the Led Zeppelins and Black Sabbaths of the world. The proggy “22 Acacia Avenue,” rollicking and unconventional, showed what versatility the band already possessed at such a young age.

Then, right around the middle of the album, things got even better. That timeless Biblical verse, a virtual given to come over the PA at some point during every Maiden show, gives way to one of the greatest songs ever written. As title tracks go, its iconic status was achieved despite a sizable backlash from conservatives, who were appalled at the apparent Satanic worship going on lyrically within the song. Looking back now from our lofty 35-year perch, the outrage seems parochial. Iron Maiden were never devil worshippers, but the complexity and energy contained within songs like “The Number of the Beast” ensured a growing horde of fans would soon be worshipping them, for life.

Looking back, the oddly placed “Gangland” finds itself in a unique position. Much maligned by critics and fans, its simplistic, punkish exterior defied the more bombastic tunes surrounding it, although Clive Burr’s performance of the song behind his drum kit was rather exceptional. Sometimes overlooked, Burr was a damn good drummer, his contribution to Iron Maiden’s highest selling album etched in perpetuity, even if the man himself succumbed to a long battle with multiple sclerosis in 2013. The Number of the Beast was the last album he participated in, giving way soon after to the now long-tenured and beloved Nicko McBrain.

Conversations about The Number of the Beast often include individuals wishing B-side cast-off “Total Eclipse” had made it onto the album proper. Certainly an adrenaline-inducing kicker of a track, it doesn’t ever turn up in their live set. Were they to play it today in 2017, it would fit in quite nicely among songs from all their eras. Yes, even the B-side from the album was uncommonly great.

The Number of the Beast ends on a note so triumphant, it is hard to imagine a more complete sonic expression of who Iron Maiden was in 1982. “Hallowed Be Thy Name” is perhaps the finest example of building tension and releasing it within the confines of a song the wider world of Rock and Metal music has ever seen. As immersive and beautiful today as it was 35 years ago, this tale of a man’s final thoughts before execution lives on as the crown jewel of a trove of musical treasure the world of 1982 could not possibly have seen coming.

Fans of Heavy Metal, of which most are or have been fans of Iron Maiden, are liable to engage in many a spirited debate over beers, on social media, or on road trips. Is their modern output as relevant as their classic era? Was 1986’s Somewhere in Time too synth-poppy? Which album cover was the best? But one thing all Maiden fans can agree on, The Number of the Beast is one of their finest moments, and 35 years later, there really is no argument. 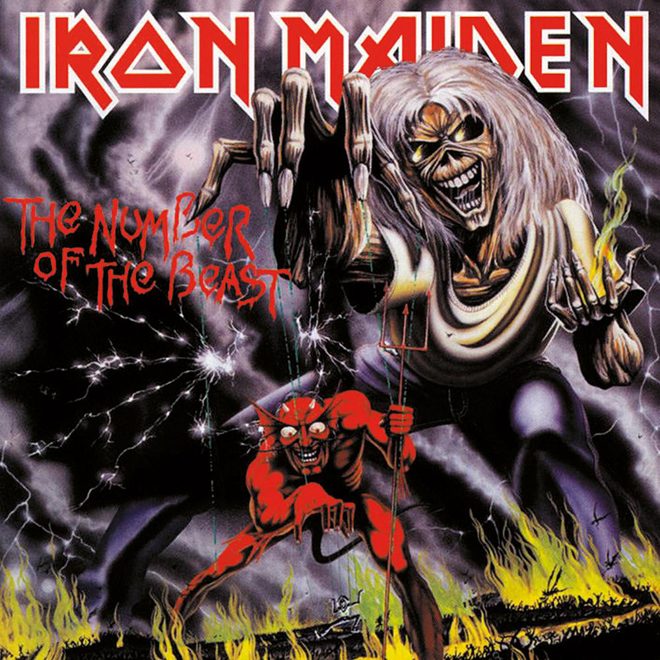 Purchase The Number of The Beast: Amazon | iTunes