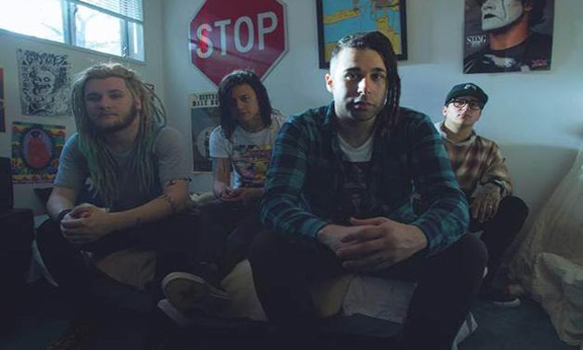 Greenville, South Carolina’s Islander changed the game with their debut album on Victory Records, Violence & Destruction, in 2014. Since that time, the band has had the opportunity to perform on major festival circuits and tour with Korn and Heartist. After their initial success, many of the original members of the South Carolina band sought a life outside of the entertainment industry, leading to a drastic lineup change which left only Vocalist Mikey Carvajal as the only remaining original member. Now comprised of Carvajal, Love & Death Guitarist JR Bareis, ex-Avenged Sevenfold Drummer Arin Ilejay, and ex-ForeverAtLast Bassist Ezekiel Vasquez, the men of Islander have returned to tell a new story with Power Under Control.

With a little something for everyone, Power Under Control is the band’s self-proclaimed “concept album.” Listened to in order, the songs follow the story of a character battling their own inner demons and struggles with sin, and the path to discovering a better way through life and making better decisions. There is a very conflicted push and pull on the album as the listener winds through the tracks. “Darkness” starts this journey and is the introduction to the conflict of this character and their indulgence in excess and hedonism. This is followed by “Bad Guy,” which is an easily recognizable role for anyone – the friend that has to tell you that you are spiraling out of control. The irony of “Bad Guy” is that everyone has had to “play the bad guy” at some point, and in trying to be good to someone by pointing out their self-destructive behavior, you inevitably end up being “the bad guy” trying to “ruin” their fun.

“Better Day” is another song where there is an outpouring of affection and an attempt to reach out to the lost soul that is the main character of the album. The song is a friend trying to reminisce about “the good ole days,” when things were simple, genuine, and good. Carvajal sings about “waiting for a better day,” the waiting for the clouds of despair and hopelessness to part and bring back those earlier days of joy and peace. The chorus is spirited and compelling with the swell of Carvajal’s vocals and rush of Ilejay percussion rolling through the track. It makes you want to move, and Bareis’ chords are refreshing and uplifting, carrying the soul of the track with them. “All We Need” is the push back where there is that current of denial and obstinance. The stubbornness of refusing to see the error of your ways and insisting that making poor choices is validated as “living in the moment.” The bridge has an anthemic and slightly eerie build as Carvajal’s voice is joined by a ghostly chorus of voices declaring their independence.

“Devil Red” is a showdown with the Prince of Lies himself. What makes this song so intriguing is that it is a conversation between the character and Lucifer, wherein our protagonist seems to be confronting the truth about the error of their ways and the deceptions of the Devil, and is calling him out on it. There is a response from Lucifer where he pushes back, telling the character that he only fulfilled his part of the deal and did what was asked of him. This dynamic is carried out by the changes in Carvajal’s vocals whereas the character, he uses clean vocals, and when responding as Lucifer, he employs fierce screams. There seems to be a turn in the argument when Lucifer acknowledges that the character choose to side with the forces of good, but in the end, he must live, and die, knowing the choices he has made in his life.

“Beelzebub” is a somber view of the world through the eyes of disillusionment and the realization that modern society is fixated on hedonism, self-gratification, and the superficial pleasures of the world as opposed to those that enrich the spirit. “Think It Over” features HR of Bad Brains and is encouraging the character to move forward with their life and make a change, no matter how hard, because it will be worth it in the long run. Here, we directly receive the phrase and the concept of “power under control” and get a chance to really analyze its meaning in the context of the story being told on the album. The “power” of the character’s mind is under the control of the temptations and deceit they have been living in, and here, they are asked to consider making a change for the better and to “think it over.”

“Casket” and “Wait For It” close out Power Under Control by giving the listener and the protagonist a sense of closure. There is the acknowledgement that death is not the end and that although the body may die and decay, the spirit and remnants of the life we lead are what lives on. The flurry of chords in “Wait For It” are electrifying and brisk. Illejay’s smooth rolls and Vasquez’s steady beat create an effortlessness and weightlessness that translate the imagery of the transcendence the protagonist’s soul experiences as it is lifted brought to the light. Overall, Islander have created a unique experience with their sophomore release, experimenting with new storytelling with Biblical imagery and euphemisms, they create a journey, through trial by fire, to redemption and salvation within twelve tracks that ends and leaves the listener feeling lighter. CrypticRock gives Power Under Control 4 out of 5 stars. 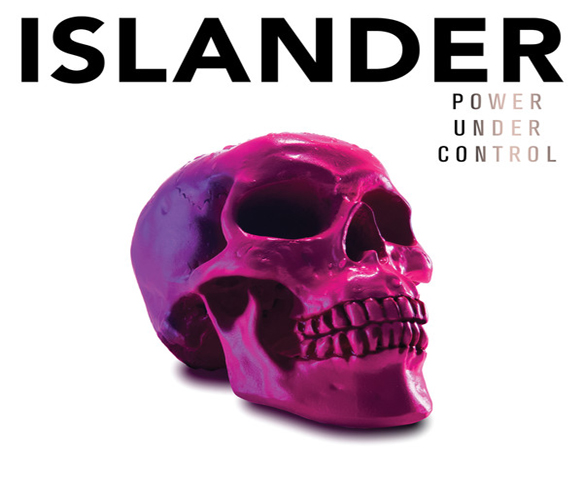