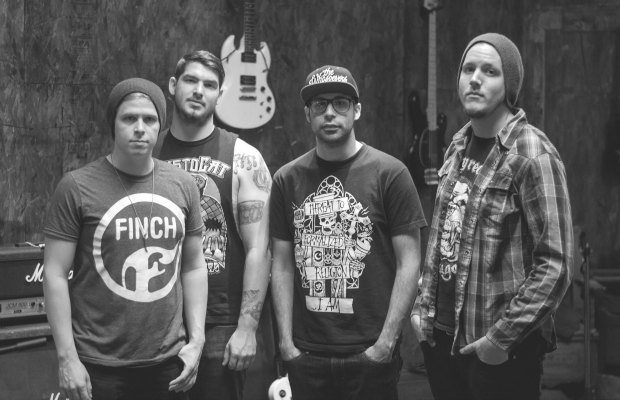 Hailing from Greenville, South Carolina, quartet Islander stands before the world, ready for its acceptance. Although they have been jamming together since 2006, they did not officially form a band until five years later in 2011. Coming from the Post-Hardcore school of Metal, Islander add a touch of Rap Metal and Alternative to the equation, along with some influence Rage Against the Machine, Deftones, and Blindside. Leading the four man band is vocalist Mikey Carvajal, along with Chris Doot on bass, Eric Frazier on drums, and J.R. Bareis on lead guitar. After the 2013 EP Pains, and amply tour, Islander delivered their debut full-length album, Violence and Destruction, released by Victory Records on July 8, 2014.

Produced by Cameron Webb, Violence and Destruction is a burst of energy to listen to, whipping one up into a mighty whirlwind with its raw, bold, and lyrically inclined music. Running through the album with a fast-paced, grungy guitar that will leave the listener remembering the old days, balancing the fine line between heavy, grinding riffs, earwig choruses, and hooks. The first song, “Counteract,” throws the listener into a fastball, upbeat mix of epic proportions, while the third track, single “Coconut Dracula,” deals with overcoming fear through a positive person in your life, with powerful lyrics such as, “You are not out for blood, you only want what is beautiful,” making this a very positive song with fun riffs and creative vocals. Next up is “Pains,” named after their previous EP and revealing the ugliness of society through impacting words and astonishing guitar play. Showing off the band’s talent with a mellow vibe, “Kingdom” is another standout in the album. The smooth beat and melancholy lyrics are a nice change of tone from the rest of the album.

Keeping the album impressively cohesive is “Side Affects of Youth,“ which tells a story of growing up during the harshest of times. The band brings together this message in a more deliberate and rhythmic way that makes for a brilliant, remarkable experience. Next is track eight, the hit single “New Wave,” a song about as uplifting as they come, reminding listeners that anything is possible. The enthusiastic lyrics make for the perfect song, with a chorus that speaks to the heart and inspires one to greatness. Combining the heavy, melodic pace with some raw vocals and brutal riffs get the point across in this song as none other on the album could accomplish. The next track, “Criminals,” features a guest fans are all familiar with – Sonny Sandoval from P.O.D. Sandoval’s vocals go hand in hand with Carvajal’s to create a very well crafted jam. The title track and last offering, “Violence and Destruction,” winds up the album with chest thudding beats and a whining guitar that would make Slash jealous, concluding with an in your face blast that leaves one feeling extremely satisfied and riding a Hard Rock high. Violence and Destruction does an astounding job of letting the world know that Islander is here to stay.

It is no wonder Islander is getting positive feedback from Hardcore rockers everywhere. Overall, Violence and Destruction is a very pleasing album for both older and newer generations. It tosses one back to the past, but also adds a little twenty-first century flavor. Fans around the world will lower their heads and raise their fists to welcome in Islander in with open arms. This is a band that has a bright future ahead of them and will be making new and infectious music for years to come. The band toured had a successful run on Rockstar Energy Drink Mayhem Festival in 2014, playing on the Victory Records Stage with label mates Emmure, Ill Niño and Wretched. Now in 2015 they continue to tour more among big names like Red, so look out for them. CrypticRock gives Violence and Destruction 3.5 out 5 stars. 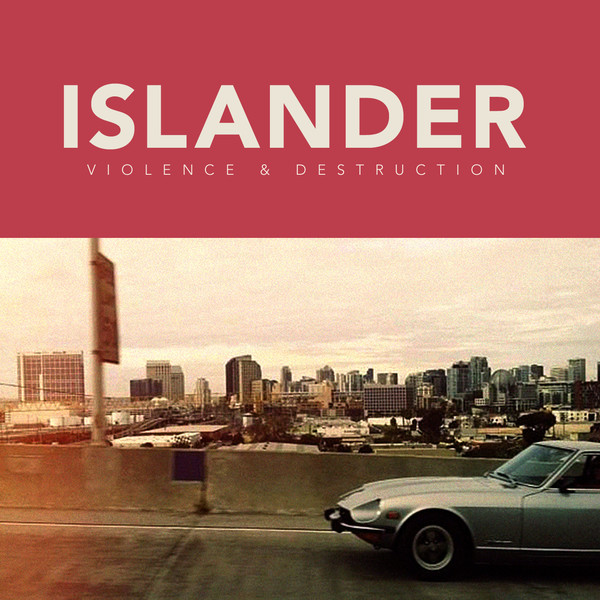