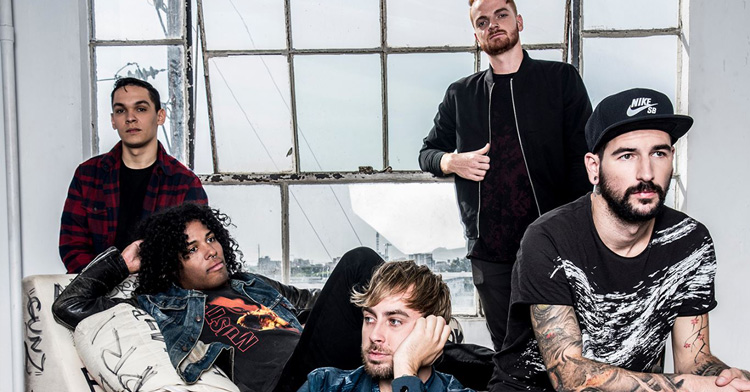 Begun back in 2012 by former Woe, Is Me vocalist Tyler Carter, the Atlanta, Georgia based band Issues has made an impact in a short span of time. Initially bringing along other former Woe, Is Me bandmates Michael Bohn (clean/unclean vocalist), Corey Ferris (bassist), and Ben Ferris (keyboard) to the new project, Issues has morphed into a lineup that now features Carter and Bohn, along with Adrian J. “AJ” Rebollo (guitars/unclean vocals), Skyler Acord (bass), Tyler “Scout” Acord (turntables, keyboards), and Josh Manuel (drums). Impressing audiences right off the cuff with their 2012 debut EP, Black Diamonds, Issues offered a unique style that unified a spectrum of genres ranging from Metal, to Pop, to even R & B.

Now after being nominated for Revolver’s Golden Gods award in 2014 for Best New Talent and won Alternative Press Music Awards – Artist of the Year in 2015, Issues is ready to take the next step in their evolution. That next step comes in the form of sophomore studio album Headspace, a 13-track oasis released on May 20th via Rise Records. Recorded back in 2015, Headspace sees Kris Crummett as producer once more along with additional production from Erik Ron. Often refereed to as genre-confused, Issues continues to show they have no boundaries within the fabric of Headspace as more listeners pick up the new material to listen for the first time.

From start to finish, Issues definitely explored and tried out different varieties on Headspace. For one, Bohn has changed his vocals to cleaner vocals, although, he does not abandoned the harsh vocals. With that fact in mind, the album starts off with the lead single “The Realest,” combining R&B hooks, Metalcore riffs, and mixing it with some Jazz influences, creating a rather interesting, but flattering sound. Skyler Acord shines through on this track, with loud bass riffs and a rare bass solo that is not only Jazz-influenced, but bouncy as well. Next comes “Home Soon,” which starts off with a solid light drum beat and light guitar entrance. On this piece, Carter starts off with angelic lead vocals, and Bohn adds his vocie, transferring from unclean to clean and for the first time fans hear his clean vocals.

The third track, “Lost-n-Found (On A Roll),” begins with Bohn’s heavy screams, which are complemented by Carter’s anger-filled lyrics. It is here Issues combines past instrumental backgrounds to make the perfect tune. Interjecting more genre confusion, Country Artist Jon Langston joins Issues on “Yung & Dum,” uniting Country Rock with Metal. A rather risky move, the band pulled it off better than any other could as Langston makes the hybrid sound fantastic. Next comes “Made to Last,” featuring lyrics about a couple who is trying to date and believes they are going to make it, despite all the hardship. Tyler angelically sings the chorus, “Heart’s done breaking, I promise I’m a risk worth taking. This time it won’t be complicated, cause all I want is you. We were made to last,” hooking in every listening ear.

Changing gears, “Flojo” is a turntable, tingling song showing the talents of Accord. Joining in is Bohn with more harsh, screaming vocals that is blended with Carter’s symphonic vocals. Up next is one of the better tracks off Headspace, entitled “Hero.” With a very R&B influence, a style Carter has always been known to add to his music, it shines brightly as the higher are very strong while the deep bass fits nicely, and it shines through on this song. More clean vocals of Bohn appear on this track, and the duo between the two vocalists is astonishing. Continuing the previous tracks momentum, “COMA” is arguably the best song on this album. Starting off with an instrumental introduction, shortly after, Carter gracefully comes in with mesmerizing vocals as Bohn follows behind shortly, with more clean vocals. Featuring the words “I wanna be all you think about, anything and everything dream about. As if I had it all figured out, I wanna be the one you can’t breathe without” in the chorus, it is a feeling many can relate to.

Filled with steady piano interludes, steady drumming, and steady guitar riffs, comes “Rank Rider,” and while it is not the strongest offering of Headspace, the vocals are highly addictive. Then “Blue Wall” comes in with haunting lyrics, and is the heaviest song on the album, in more ways than one. Showing listeners that although Issues is exploring within their sound, they can still return to their heavier roots. Lyrically all about police brutality within the colored community, it does a fantastic job bringing this hot topic to the forefront.

Continuing on, one of the most sentimental songs off Headspace would have to be “Someone Who Does” with a message about an absent or abusive father. Here, Carter sings about how he has so much to say to him, how he wants to be close to his father, but he will never have that chance. A somewhat tragic song, it is more laid back then past tracks with hints of Pop Punk and R&B mix throughout. Winding down the album, “I Always Knew” is an instrumental that essentially introduces the final song, “Slow Me Down.” Seguing nicely, the latter begins with a slow melodic instrumental that tricks the listener into thinking it will be a softer tune, but then Bohn enters with screams. While the track is slower by nature, it still a nice balance, ending the record on a high note.

Overall, Headspace is the most complete album Issues has ever created to date. Here, the band explored new musical genres and provide some vocal surprises. Having always been a unique band, Headspace just proves that the band’s genre bouncing can be refined quite well. With all that in mind, those looking for something completely different, Headspace is the perfect album. CrypticRock gives this album a 5 out of 5 stars. 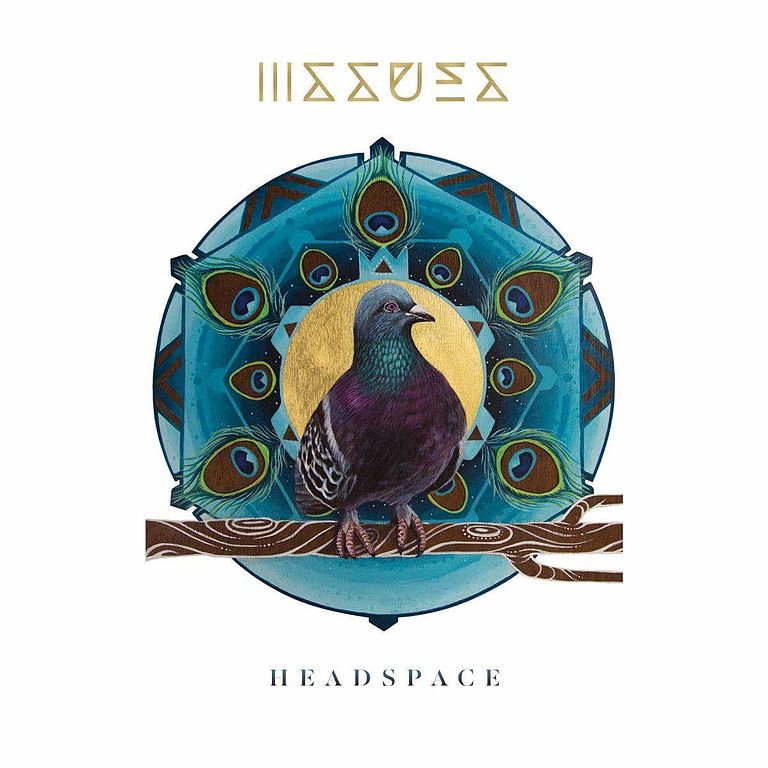