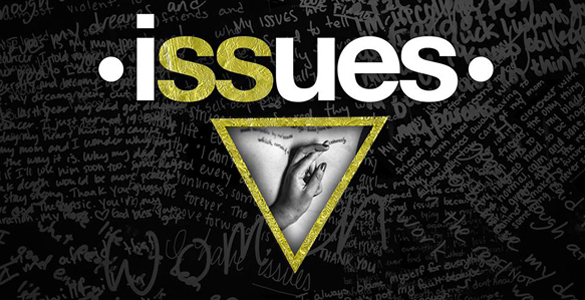 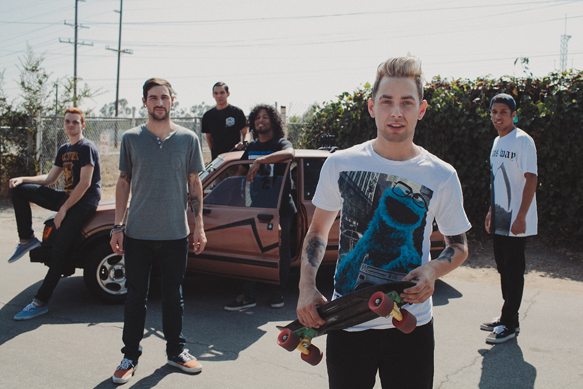 Issues have not been on the scene all that long, but seem to be creating quite the buzz.  Formed in 2012, they hit the ground running immediately releasing their Black Diamonds EP, selling nearly 40,000 copies to date.  They have also been touring nonstop, opening for acts like A Day To Remember, Pierce the Veil, and Sleeping With Sirens.  Not to mention they recently landed a spot on the 2014 Vans Warped Tour and recently dropped their first full-length album simply entitled Issues.  On the right track in a mere two years, the band is still young and growing into their own musical skin.  With a packed line-up of six members including Tyler Carter (clean vocals), Michael Bohn (unclean vocals), AJ Rebello (guitar), Tyler “Scout” Acord (keyboards, turntables), Josh Manuel (drums), and Skyler Acord (bass), Issues is full with rule bending styles and sound.

Issues is certainly an album refusing to conform to a particular musical genre. Back to work with the band is producer Kris Crummett, who also produced Black Diamonds.  This self-titled album has a full-bodied, multi-layered sound, without being too complex and overpowering for the senses.  Issues follow the growing trend of using dueling vocalists to cover both clean and dirty tones provided by Tyler Carter (clean vocals) and Michael Bohn (unclean vocals), but there are some concerns about the musical flow.  The album gets off to a rough start, but comes to a more concrete musical theme after the first couple songs.  The opening track “Sad Ghost” does not make total sense composition-wise, but could be exactly what the band was going for.  The verses are typical of a metal song with steady, driving rhythm and consistent dirty vocals; however the chorus takes a dramatic turn in style.  The instant change from metal to a light pop chorus is a bit jolting to an unsuspecting ear.  The second track, “Mad at Myself”, could be a worthy single with its R&B pop vibe.  These two tracks are not a clear representation of the entire album and should not deter anyone from listening to the subsequent songs.

The album certainly has some stand out tracks such as “Life of a Nine”, lead single “Stingray Affliction” and “Never Lose Your Flames”.  These songs showcase a much different and comprehensive level of songwriting and performance that are complete and coherent from start to finish.  Carter’s singing soars high with a soulful delivery while Bohn comes in with a fierce growl on tracks creating an interesting balance of beauty and brutality.  These qualities are met with some heavy guitar work by AJ Rebollo and undeniably addictive scratching and synths provided by DJ Scout. The closing track “Disappear (Remember When)” features a gospel-style a cappella breakdown which shows the band embracing their Atlanta roots and keeping listeners on their toes.

The band is clearly honing their sound looking to mix metal, hardcore, pop, and some DJ sounds together.  This album does however have a more clarified direction than their Black Diamonds EP.  Issues is a different type of album which may not be for everyone, but it is something fresh which this young band obviously put a lot of thought and time into.  Issues are looking to push the envelope and defy genre classification, and with a more solidified sound and more experience as a band they can be a driving force in the metal realm.  CrypticRock gives this album 3 out of 5 stars. 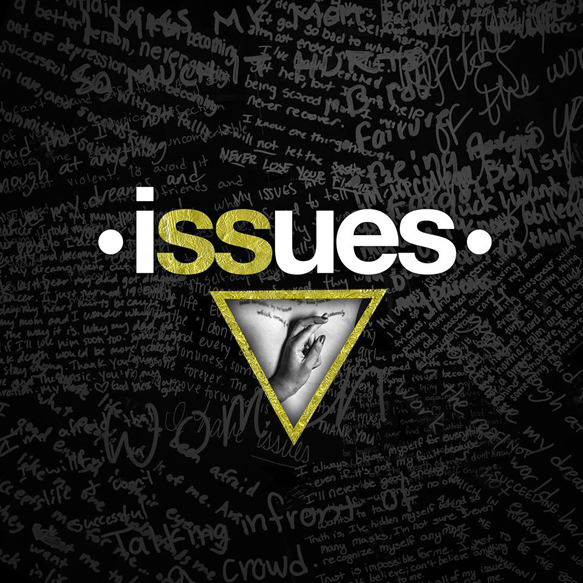