Contemporary art can be difficult to objectively understand because, by its very nature, it is subjective. It reflects its artist’s paradigm in a way that sometimes words cannot accurately encapsulate. It is not made for its beholder as much as it is made for its creator to get something off of their chest; it is a visual comment. It is more feeling than thought; it is more sight than sound or word.

My Italy is not that. It does away with the erudite rationale so often attributed to high art and applies a Boccaccio-like levity and satire to an enclave of humanity that has for so long had an air of inaccessibility and stuffiness. My Italy is the man at the gallery opening that may have over indulged on the complimentary wine; it is the ‘funny guy’ at the funeral. 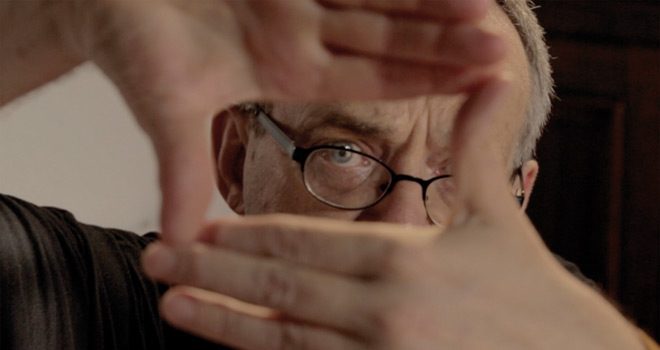 My Italy, directed by Bruno Colella (Voglio stare sotto al letto 1999, Ladri di barzellette 2004), was released to Italian audiences on September 13, 2016 by Mediterranea Productions and is set to release in theaters and On Demand on November 7, 2017 via Uncork’d Entertainment in the US.

Describing My Italy is like trying to nail a fine powder to the floor. There are many comparisons to draw, but none too perfect or succinct that you do not instantly think of another. The fact that it is so elusive to suitable description makes it literally beyond compare.

You want to call it “a Christopher Guest-reminiscent Mockumentary starring four international contemporary artists,” but it is not, exactly. You want to call it “a series of vignettes tied together by its director struggling to get funding,” but sight unseen, that sounds like jibberish. Maybe it is a few lost days from Boccaccio’s 1353 The Decameron. Maybe it is Italian Curb Your Enthusiasm. The clumsy comparisons are innumerable.

My Italy is a charm bracelet wherein the charms are a series of quasi-scripted shorts starring contemporary artists and the satirical stumbling blocks they must whimsically navigate as artists. The chain that holds these baubles together is a self-referential struggle that the director and his bumbling assistant comically endure to acquire funding for the very movie that the audience is watching whilst occurring parallel to it. My Italy is a piece of art about artists, told in an artful way. Confused yet? 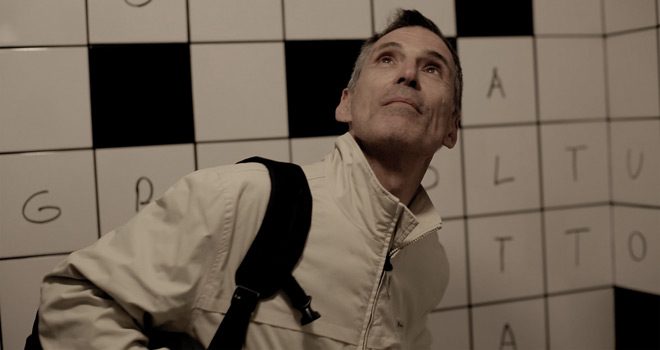 The four real-life artists in these fictional allegories are Polish sculptor Krzysztof Bednarski, who is being strong-armed into duplicating a very notable and high-profile piece of his art for an underboss of the Camorra crime family; Thorsten Kirchhoff, a Danish multi-platform artist who must travel an Odyssean quest down the boot of Italy to save an installation he designed from being “re-purposed;” Mark Kostabi, an American artist who contractually exchanges his one-of-a-kind paintings to restaurants for lifetimes of complimentary food; and Malaysian artist H.H. Lim, who is intrigued by a beautiful woman in a cafe and tails her to parts unknown, only to lose her and create a piece of art that affirms taking risks for love and furthermore, life. They all come together at the end, jockeying for importance at the premiere of My Italy at the Cannes Film Festival.

The shooting style employed by Colella and his prolific director of photography, Blasco Giurato (Escape From The Bronx 1983, Cinema Paradiso 1988), imparts an ethereal quality as if, like an artist, the audience is grasping at a vapor of what it is truly like to create art. The soft focus makes the audience feel under the influence of a drowsy narcotic. The artists are oblivious to the camera as actors would be, so you are lulled into their stories, but then, as if grabbing you by the chin and turning your head, you’re reminded of the film’s Documentary qualities when Italian art critic and historian, Achille Bonito Oliva, appears and gives commentary on the story unfolding before us; the fourth wall does not break, but a window in it opens. 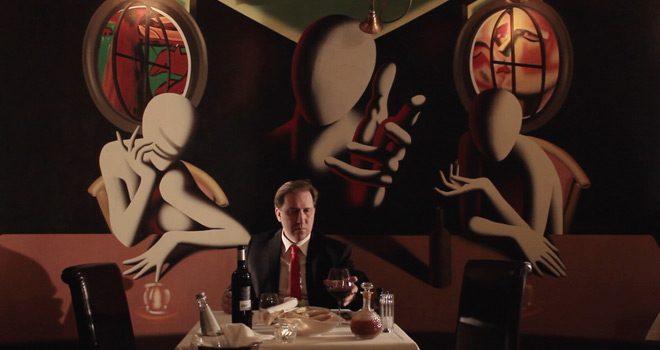 Sonically, My Italy is beautiful. The soundtrack features vocal, operatic performances from on-screen and off-screen performers. There is coffeeshop jazz, there is sweeping orchestra, there is moody guitar, there is brief a cappella opera sung in a cave. Many of the cameos are from musicians and poets, so as the drama of the stories unfold, perhaps a jaunty song is sung or a woeful poem is croaked. The artistry on display is ardent and remarkable. It is a feast of creativity.

Despite being unorthodox in its approach to—well, nearly everything, My Italy is, at its core, a lamentation as well as a celebration of artist-hood. The annoyances and unexpected side effects of being creative are brightly showcased, but at no point are these peccadilloes ever shown to be too much to bear, because for the incomparable joy comorbid with creation, the artist would happily withstand a million more. For its vivacious, life-affirming themes, its rich and robust soundtrack, and its avant-garde arrangement, CrypticRock awards My Italy 4.5 out of 5 stelle. 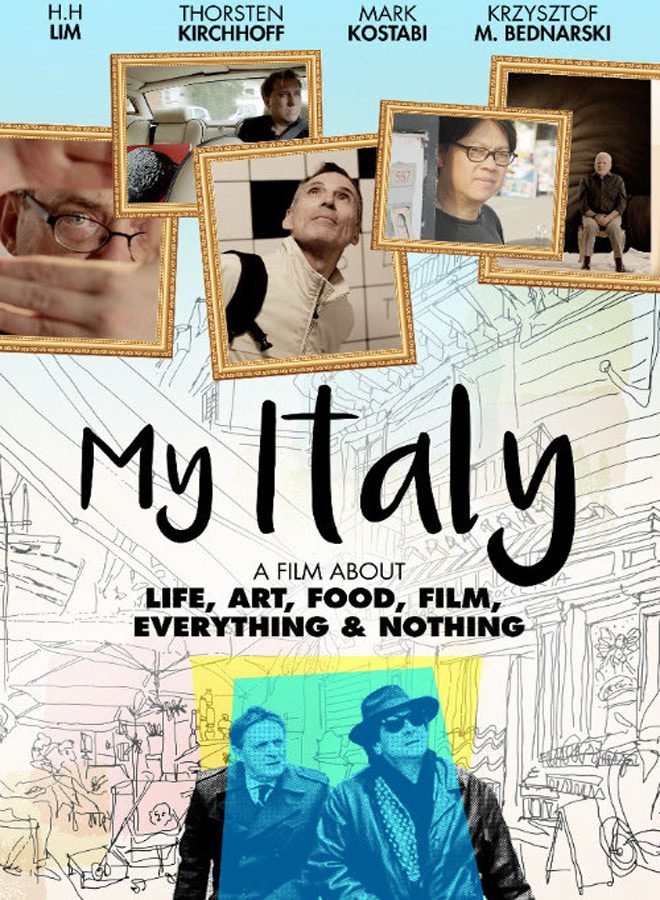