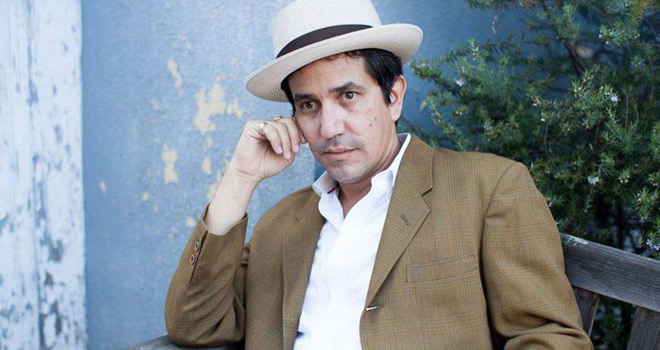 Singer-Songwriter A.J. Croce has a very famous name. The son of Folk Rock legend Jim Croce, who tragically was killed in a plane crash a few days before his second birthday, the younger Croce has quietly made a career, not on the name recognition of his famous father, but on a solid foundation of musicianship and poignant lyrics.

Starting with his 1993 debut album, A.J. Croce, Croce has explored his musical roots, always careful to keep his distance from Jim’s legacy. Croce wrote his own songs, and rarely played his father’s songs, even in concert, until recently. All told, Croce has released 9 albums on various independent labels, and toured, playing small clubs as well as private shows. Though he has had a successful career, Croce has tended to fly under the radar for the most part.

Croce’s latest effort, Just Like Medicine, out August 11, 2017 through Compass Records, though loosely falling into the Rock genre, mixes elements of Soul, Blues, and even some Modern Jazz. When Croce adds his smoky voice to the mix, the result is a fantastic collection of songs that any fan of Americana will enjoy.

Croce opens Just Like Medicine with the brooding track “Gotta Get Outta My Head.” The track develops slowly, starting with bass and percussion that builds up to a crescendo where Croce is found crooning a bridge that says, “Never mind the things you want/Just worry ‘bout the things you need.” The song goes low key again and fades out.

The second track, “The Heart That Makes Me Whole,” is a funky number that features Croce’s piano, a strong Blues/Funk backbeat, and the legendary Muscle Shoals Horns. When recording the album, Croce wanted an authentic sound, stating, “I wanted to make a real Soul album.” Croce continued, “but not a throwback Stax or Motown album or anything like that…”  Bringing in the Muscle Shoals Horns is Croce’s tribute to that genuine Soul sound, and they play their parts masterfully.

Moving on, “The Name of the Game” was written by Croce’s famous father, Jim. Featuring Vince Gill on guitar, it has the low-key boogie sound that the elder Croce’s best upbeat tunes were famous for. A.J.’s voice, though distinctive from his father, may still remind listeners of Jim and leads them to wonder what a collaboration between father and son might have been like.

The next few songs, “Cures Just Like Medicine,” “Move On,” and “The Other Side of Love,” feature more work from The Muscle Shoals Horns and Croce’s piano work. All three compositions realize Croce’s Soul intention for the album, using guitars sparingly, but heavy on backing harmonies from The McCrary Sisters, another group known for their Gospel-tinged vocal performances.

Filled with compelling tracks, one of the highlights of the album is “Full Up,” an upbeat piano piece that allows Croce’s voice to shine. His delivery is light and breathy, with an a capella bit in the middle that feels completely natural. That in mind, “Full Up” may be the best song of the collection.

The last few songs on Just Like Medicine take a bit of a darker tone. There is “I Couldn’t Stop,” a post-breakup song that explores the narrator’s thoughts about conflict. Jeff Taylor’s accordion works in, adding something special to the introspective nature of the song with Croce’s piano and earnest vocal efforts. Then, “Hold You” recalls ’70s Soul from the likes of Al Green with the Muscle Shoals Horns adding emphasis to Croce’s sad lyrics and piano.

A total of 10 tracks, Just Like Medicine closes with “The Roads.” A song with cryptic lyrics and a strained delivery, it may remind some of another famous artist’s son, Jakob Dylan, who found musical success despite keeping his career completely segregated from his father’s. All in all, it is a perfect note to end the album.

Coming in at a very quick 31 minutes, Just Like Medicine is a fabulous album. Croce set out to make a Soul album, and this one has plenty of that. He also finds a way to sneak in Rock, Blues, and Jazz elements too. Croce is a very accomplished pianist and songwriter and had melded those talents with many guest artists to create something uniquely American. For this reason, CrypticRock give Just Like Medicine 5 out of 5 stars. 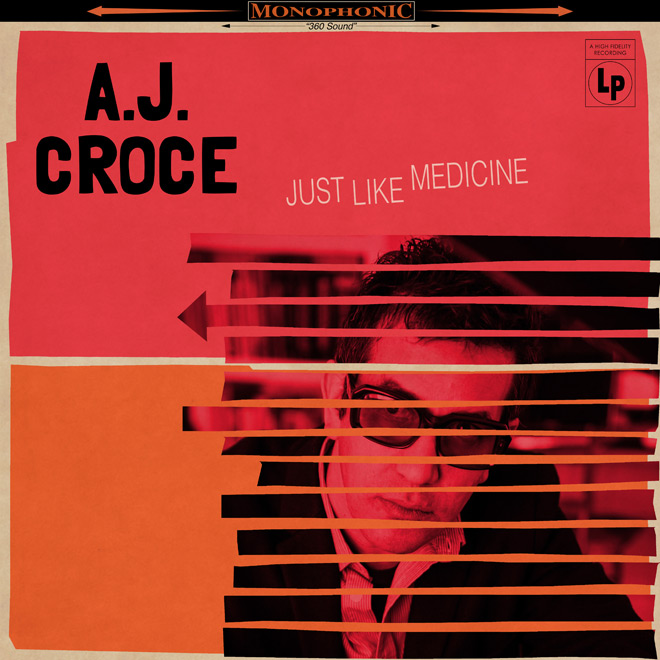