Written and directed by Thomas Dekker (A Nightmare On Elm Street 2010, Heroes series), Jack Goes Home is a 2016 Independent film that debuted at South by Southwest (SXSW) International Film festival. Released on October 14th via Momentum Pictures in limited theatrical format as well as VOD, it is tagged as a Psychological Thriller, but bends to touch genres from Horror to Ghost Story. 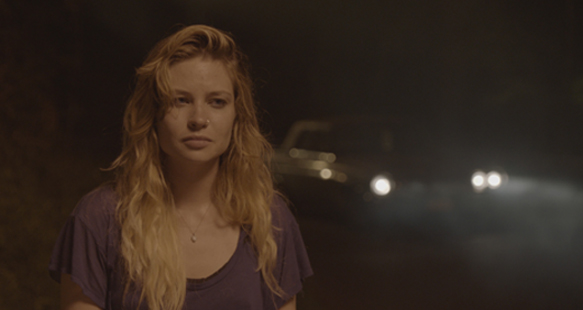 The film follows soon-to-be father Jack Thurlowe (Rory Culkin: Signs 2002, Scream 4 2011); a mid-twenties magazine editor in LA. When he learns his own father was beheaded in a car crash, he travels home to Colorado to support his mother Teresa (Lin Shaye: Insidious series, Ouija series). He stays connected with fiancée Cleo (Britt Robertson: Under the Dome series, Tomorrowland 2015) via Skype and catches up with childhood best friend Shanda (Daveigh Chase: Donnie Darko 2001, Lilo and Stitch 2002).

Jack walks into his childhood home to find his mother passed-out, naked on the couch, clutching her violin like it is a buoy in a storm. Throughout the film, they clash over each other’s handling of grief, but Teresa’s caustic and eccentric personality is just one of his problems. Mysterious noises from the attic lead him to a cassette recorder with a tape of him and his father talking when he was little. It also pulls him down a dark path of discovery, where he finds his family hid damning evidence of childhood traumas from him. His sanity spirals downward as the devastating events are unveiled in slow, graphic succession. 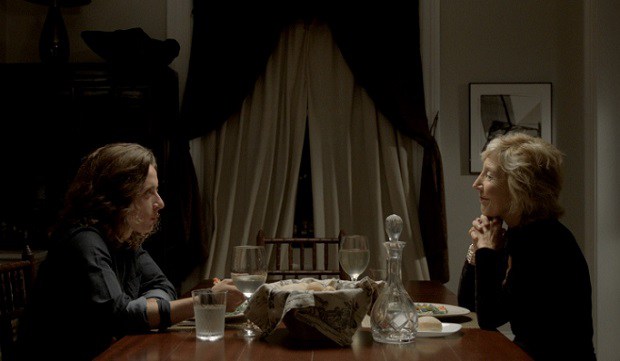 As an added complication, new neighbor Duncan (Louis Hunter: The Fosters TV series, The Secret Circle TV series) flirts with, and pushes, Jack to open up and communicate. This is compiled with local residents’ constant intrusions into his ‘leave me alone’ attitude and the occasional terrifying confrontation with the supernatural. Answers to the mysteries of his childhood are revealed near the end and include two major twists, all of which lead Jack into a fugue state – the fallout serving as bleak denouement.

With Jack Goes Home, Dekker shows a strong grasp of genres in his second foray into writing and directing. The descent into grief-driven madness is perfectly exhibited through the characters of both Jack and Teresa. Horror and Supernatural elements are dark, disturbing, and efficient in their use; something many films overplay for emotional cheats. He even makes a pass at Erotica. Individually, they are impressive in their execution. The problem comes from the failure to meld the genres into a continuous flow. The film’s identity jumps from one genre to the next without including key elements from all – think about a series of skits showing the same subject, but done in different styles. These interruptions in narrative are distracting and distance the viewer from both the characters and plot. That in mind, a talented group of actors give Jack Goes Home its real soul. Shaye is magnificent in her delivery of Jack’s struggling, erratic mother and Chase brings a compassionate warmth to his cynical best friend. As Jack, Culkin is impressive when he transitions from jaded millennial to off-kilter delusional, especially given the genre-hopping. The talents of Robertson seem wasted with rare moments of screen time, but such goes with Independent films.

Overall, Jack Goes Home is a coming-of-age tale gone awry, where Jack never fulfills expected endings. Its strong cyclical themes are sometimes lost in the amount of story Dekker stuffs into it, including somewhat random tangents into drug use and a proliferation of profanity. This also removes empathy and intimacy between viewer, character, and story. Beyond some lost potential there, Dekker shows a depth of talent and skill in both evoking strong emotion and setting up complex scenes. The depiction of various stages of grief, within a diverse set of characters and circumstances, is authentic and brutal – a raw and honest draw from his own life that should resound with many in the audience.

That all said, Dekker delivers Horror best through this connection, though the Supernatural moments and light gore emphasize it well. Jack Goes Home is not without flaws, but it also delivers worthwhile gems along the journey. A strong second showing for Dekker as a director and writer, CrypticRock gives this film 3.5 out of 5 stars. 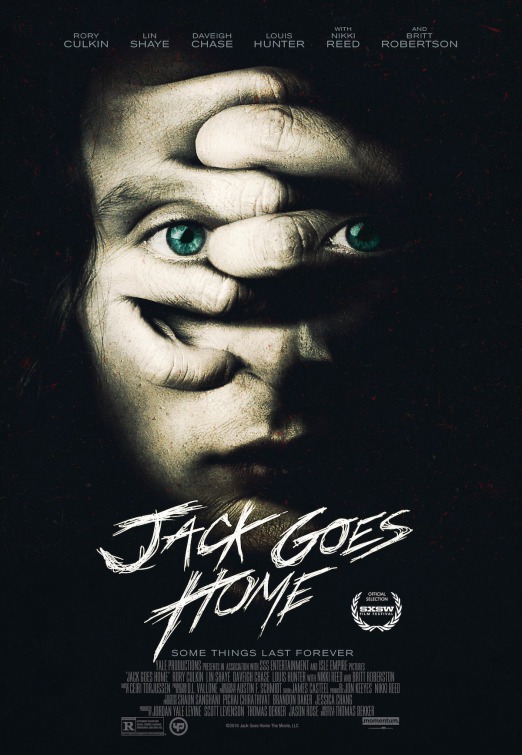