If Thailand has Ong-Bak and Indonesia has The Raid, Cambodia has Jailbreak. Produced by Kongchak Pictures, it made its debut in its homeland back on January 31st, 2017. Making its way internationally through film festivals, it appeared at both Chicago’s Cinepocalypse Festival and Montreal’s Fantasia International in July, before arriving on November 4th at the Ithaca Fantastik Film festival in Ithaca, New York. 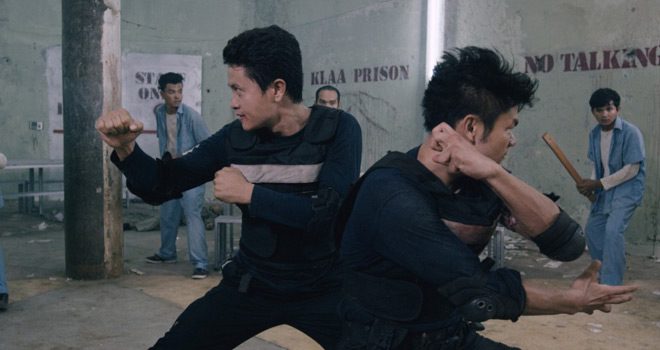 Jailbreak broke out the box office back in Cambodia, with the Phnom Penh Post saying it “could be a defining moment in the growth of Khmer cinema.” Le Monde called it a “leap forward for Cambodian cinema,” and The Hollywood Reporter praised the talent and expertise behind the film. Is it really that great though? Let us find out.

It all starts when the Cambodian Police arrest a mobster called Playboy (Savin Philip: Price of Love 2016), assuming him to be the leader of the infamous Butterfly gang. He says it is not him, but that he is willing to say who it really is. In the meantime, he is to be held in prison under police protection.

The only problem is that the real leader, Madame Butterfly (Céline Tran: Lascars 2009, Les Kaïras 2012), is not so keen on being exposed. She puts a hit out on him, sparking a riot as every prisoner tries to claim the price on his head. It is up to police officers Dara (Dara Our: The Forest Whispers 2017), Tharoth (Tharoth Sam: First They Killed my Father 2017), Socheat (Dara Phang: Hex 2018) ,and the Franco-Cambodian Jean-Paul (Jean-Paul Ly: Amber 2017) to keep Playboy safe as they try to find a way out.

First off, this could be international economics and exchange rates coming into play, but the film looks really good for a reported $260,000 budget. It will not threaten blockbusters, but there are films with four times that budget that manage to look worse. It even manages to throw in some aerial shots, and use some interesting camera tricks like First-Person-View angles. Not bad work from Cinematographer G. Ryckewaert and Director Jimmy Henderson. This is the third of three films he has directed, but he also has cinematography and writing experience from other projects across South-East Asia, such as The Eco-Warriors TV series, and 2016’s Mind Cage. 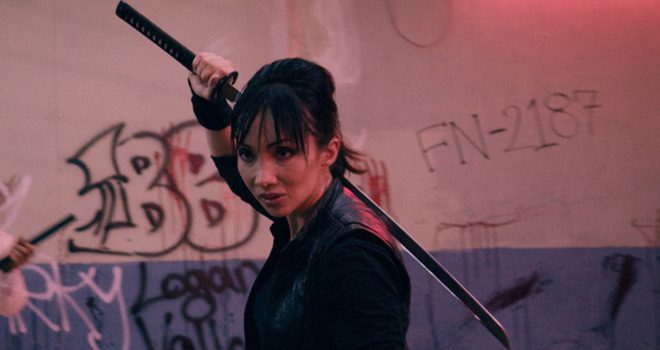 He co-wrote this story with Michael Hodgson (Hanuman 2015) too, and put together a sturdy package here. Some have praised it for its strong female roles, like the Le Monde newspaper amongst others. This is true to a degree, with Sam’s Tharoth coming off as a strong yet human character, and Tran’s Butterfly as an intimidating, controlling figure. It is undercut by Butterfly’s bevy of beauties, who rarely get involved in the action. They are nameless and voiceless, but they are battle-ready with their tight pants and tactical cleavage. Maybe it is not so feminist-friendly with its female characters overall. They may have something more to chew on with the men though.

Being a ladies’ man is shown as a positive in most media. James Bond goes through women like his vodka martinis, Casanova is portrayed as the best lover despite history saying otherwise, and Hugh Hefner built his business on being the sophisticate with a mansion full of women. While Philip’s Playboy is rich, popular, and wears the finest fashion, he is weak both physically and morally. He has women, but they are Butterfly’s women, and he is under her thumb. Ultimately, he is just one lady’s man, and she is too much for him to handle. Even when he tries to be serious, he ends up being a joke.

That is why he has some protection, who are better role models, but have their own issues. In other action films, Our’s Dara would be the hero over Ly’s Jean-Paul. He is a native Cambodian who speaks Khmer and knows the culture. Jean-Paul has lived much of his life in France, knows French and English better than Khmer, and does not recognise the Cambodian martial art bokator on sight. Yet Jean-Paul ends up being the star of the show. He is more dedicated to his duty in keeping Playboy safe, has the most interesting arc as he adjusts to his ‘homeland,’ and he can hold his own in a fight. If anything, Dara is his yardstick. He will know he fits in with the rest if he can earn his respect.

That is a lot to fit into a Martial Arts film in a prison. It can also be enjoyed just for the action alone. The martial arts sequences are good, including some fancy kicks and even a little swordplay. It makes a spinning roundhouse kick look as sweet as it is painful. The bokator is better than the brawling though. The raw punches from bruisers like Bolo (Sisowath Siriwudd: The Forest Whispers 2016), or bites from The Cannibal (Eh Phutong: Chhem 2016), look soft in comparison. The limits of their effects also show here. It can handle bruises, cuts, and nosebleeds, but anything more brutal is usually done off-screen or behind a cover. 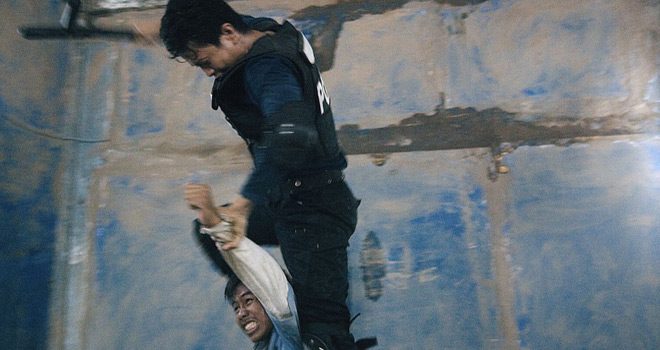 That is not to say they are not entertaining though. Jean Paul taking on the psychopathic Suicide (Laurent Plancel: Agathe Cléry 2008) is a fun battle. Tharoth taking on an armed Madame Butterfly with just her bare hands is impressive too. Jailbreak’s biggest crime would be its ending. Curiosity seekers will not find any spoilers here, beyond saying that it is unsatisfying. It promises a sequel, but it could have done a better way of doing that. There are some fun outtakes and bloopers over the end credits though, as well as some more of Kmeng Khmer’s Hip Hop soundtrack. It could be worth sticking around for until the lights go up… or until the play bar reaches the end.

Ultimately, it is a fun Action film that looks good, has some great fight scenes, as well as interesting character moments. Most of its problems may be nitpicky in the grand scheme of things, but the way it closes off is a big issue. Action fans will enjoy it, but they may want to wait until a sequel is confirmed. It is likely to be a more complete package that way. For these reasons, CrypticRock gives Jailbreak 3.5 out of 5 stars. 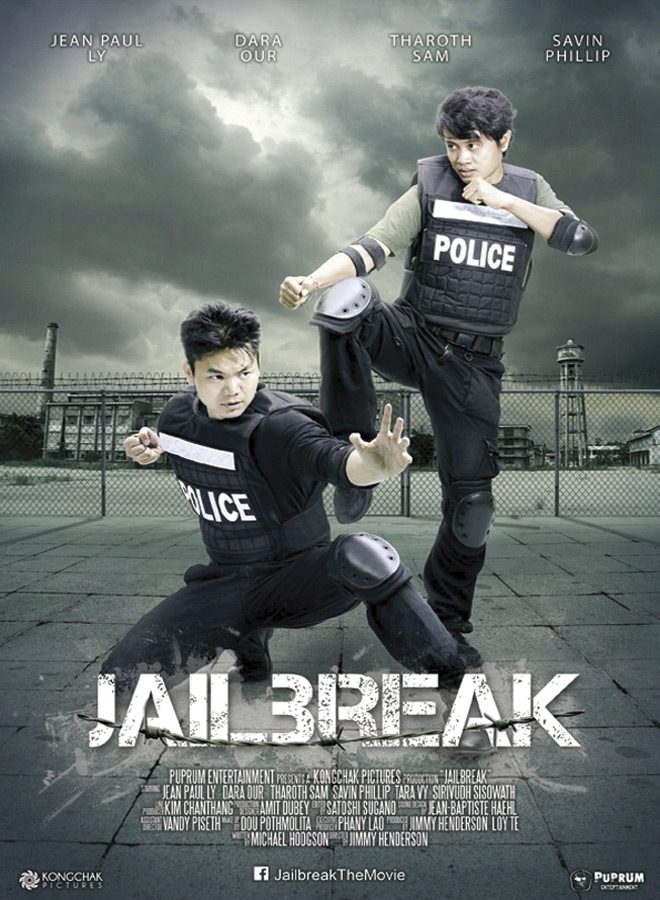